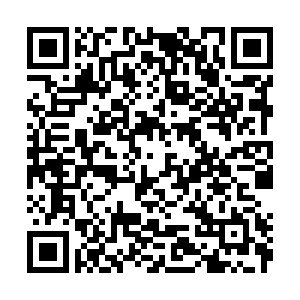 The country's GDP per capita was below 1,000 U.S. dollars in the year 2000. The more than tenfold growth has been supported by greater buying power as the economy has been boosted not only by manufacturing but also increasingly by consumption. 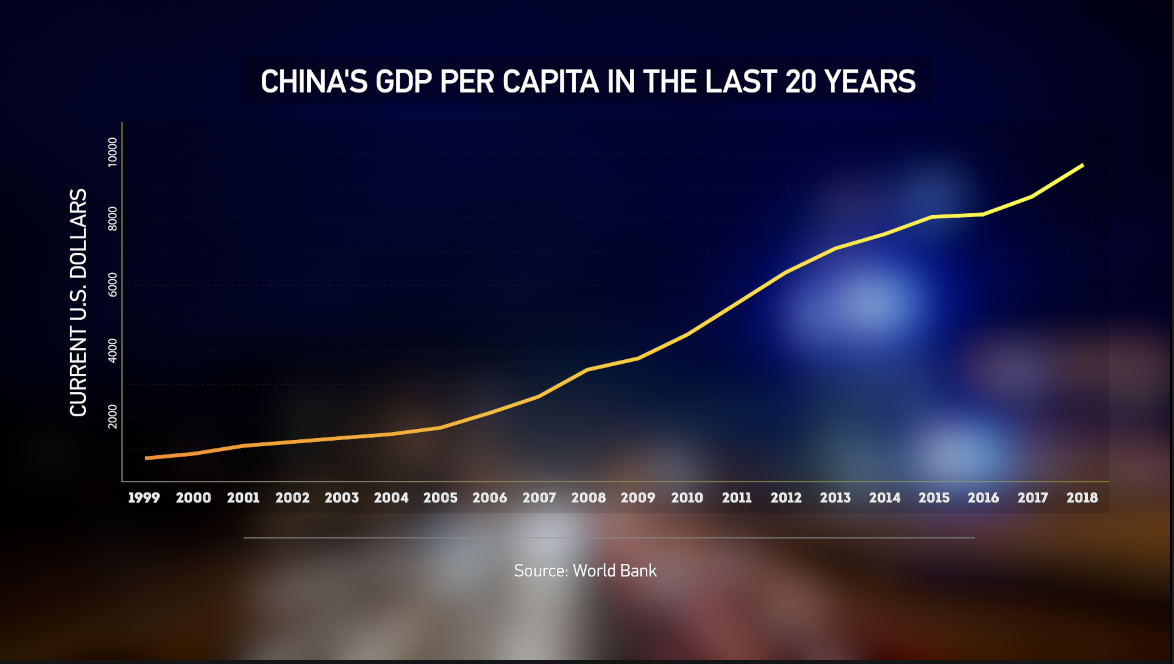 But risks, such as the "middle-income trap" and the divergence in income distribution between industries and regions, come along with progress and are worth noting.

GDP per capita is the country's gross domestic product (GDP) divided by its population. It focuses more on the effectiveness of the productivity and consumers' spending power, and is seen as a more reliable metric for gauging a country's prosperity than GDP itself.

China's GDP per capita has risen substantially in the last 20 years. But the country remains a middle-income country according to the World Bank, which defines middle income as a gross national income per capita of between 1,006-12,235 U.S. dollars.

Compared with high-income countries like the U.S. and Japan, China's GDP per capita is still lagging. But, it is catching up with the global average of 11,312 U.S. dollars. 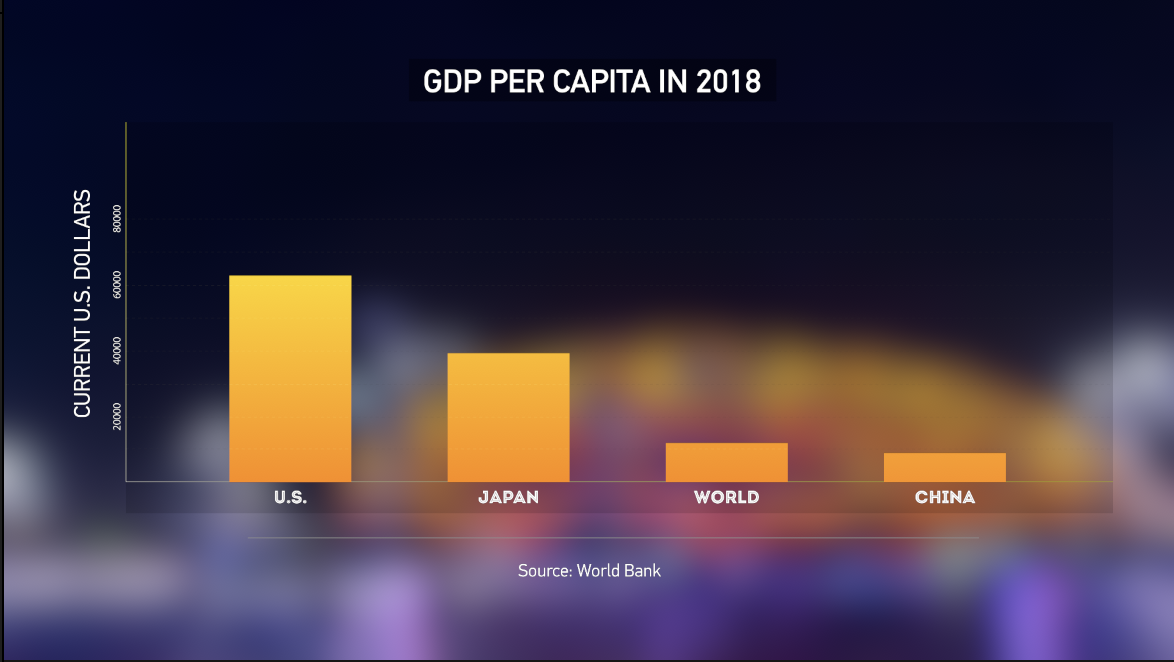 Some feel there is a mismatch between the climbing GDP per capita and their income. But, a higher GDP doesn't necessarily mean higher income. China's personal disposable income was only 28,228 yuan, or about 4,000 U.S. dollars, in 2018, far below the U.S. and UK, which had incomes of around 50,000 and 33,000 U.S. dollars respectively.

Disposable income is the amount of money that households have available for spending and saving after income taxes. 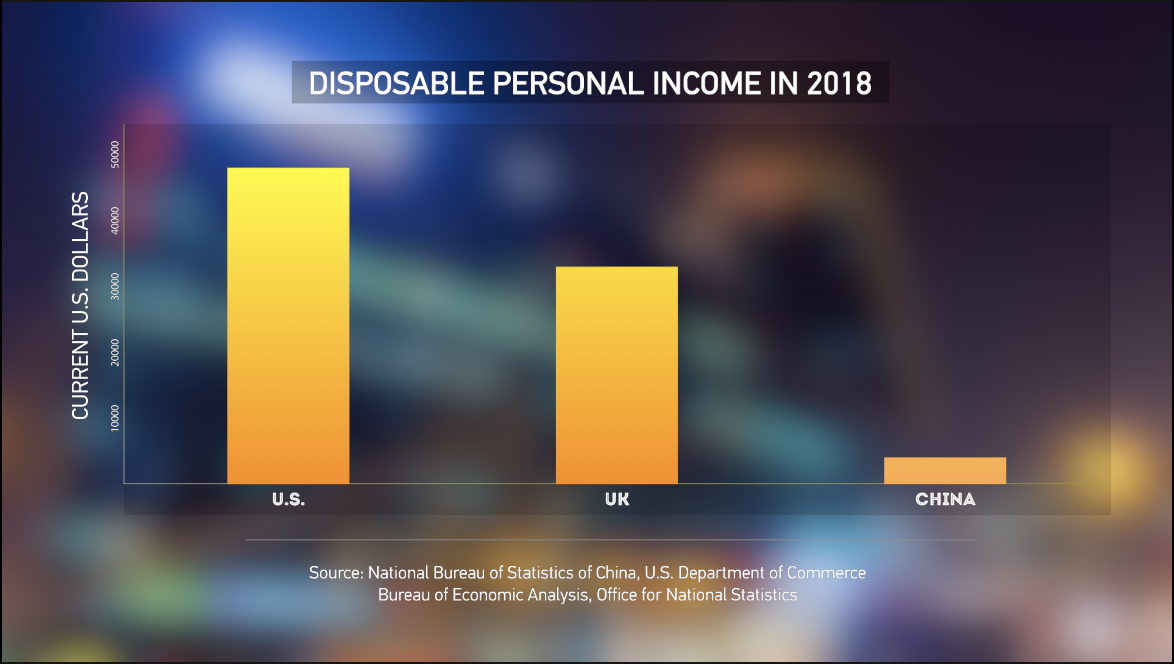 China is transforming into a consumption-based economy. From 2014 to 2018, consumption was the biggest contributor to economic growth, accounting for 76 percent of the country's GDP growth in 2018, official data has shown. 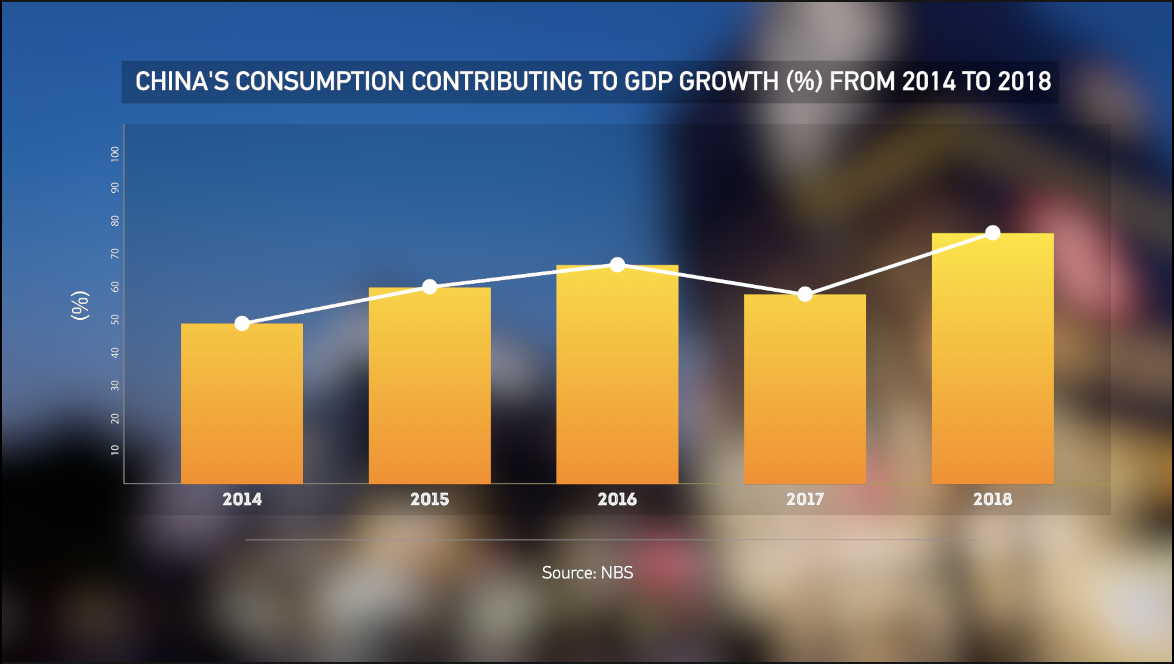 It's worth noting the further risks associated with rising GDP per capita. The gap between the earnings of rural people and their urban counterparts remains quite large; the same is true for different industries.

Professionals working in the agriculture and fisheries industries earn about half the national average salary, while those working in finance far exceed the average.

Another risk is the "middle-income trap" – a development stage where a country attains a certain level of income but then stagnates and remains at the same level.

According to government data, China's middle-income population exceeded 400 million in 2017.

The challenge lies in finding new drivers of growth.

China has been laying the foundation to support its new economic sectors. Concrete effort has been made in developing technology and innovation. The Greater Bay Area plan and China's NASDAQ-style Star Market are two of the many projects currently underway.

More advanced technology will help enable the Chinese economy to grow more effectively, further transitioning its economic model into a more sustainable one.