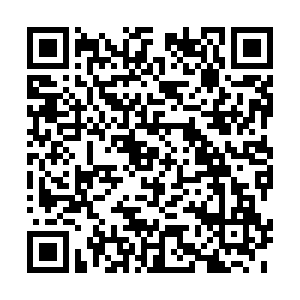 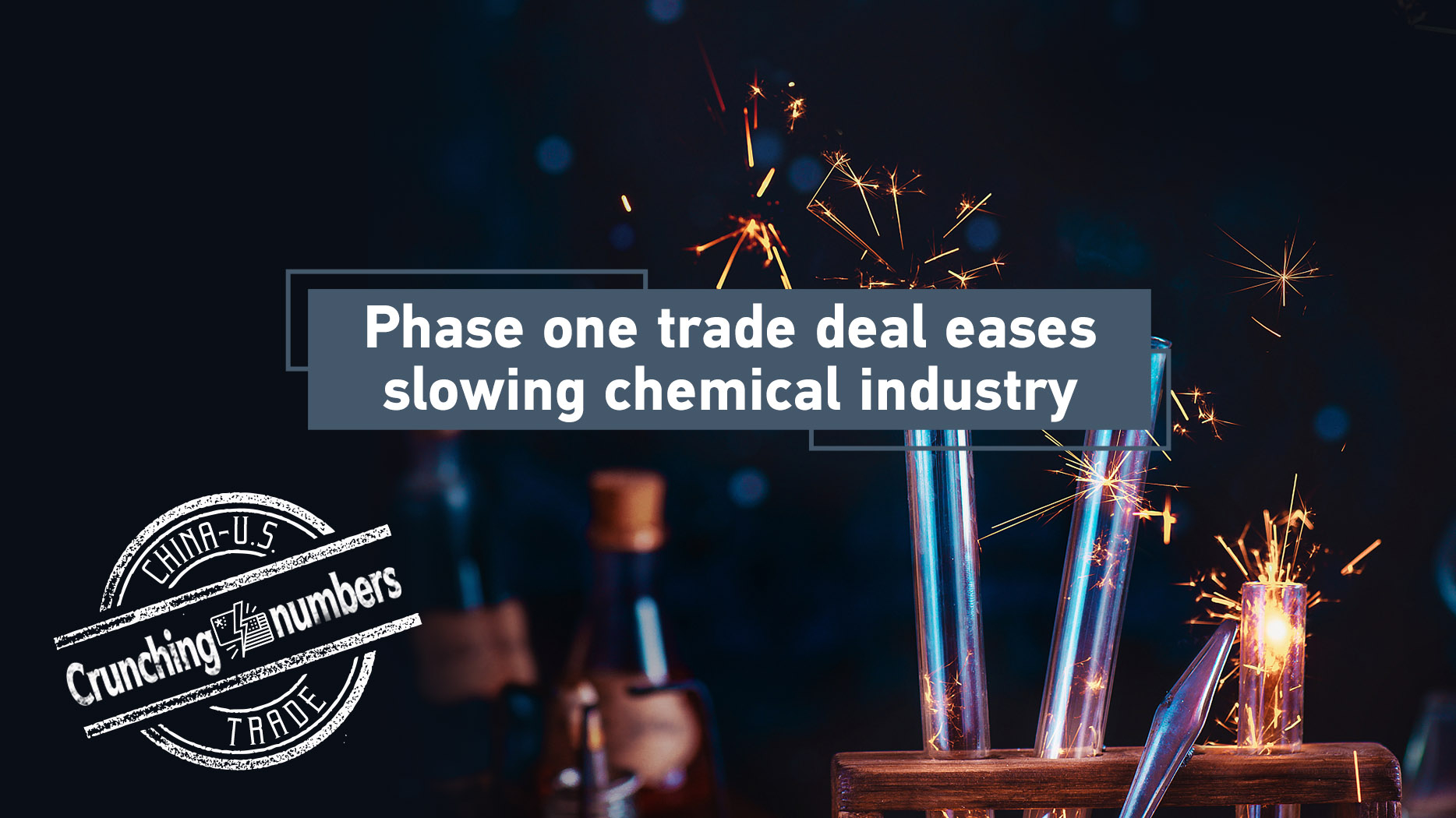 In a landmark move in the future China-U.S. relations, the phase one economic and trade deal was signed on January 15 in Washington. Chinese Vice Premier Liu He and U.S. President Donald Trump officially sealed the deal in the East Room of the White House.

This comes as a good news for the muted chemical industry across the U.S. and China, which found itself caught in the crossfire between the world's two largest economies.

Even though the spotlight has been seldom onto the trade war impact on chemical industry, hundreds of tariff terms in the past two years have been related to chemicals and chemical manufacturing, making losses inevitable to both chemical producers in China and the United States.

Is this "invisible" industry so important?

Maybe this sector can only be recognized by the public in some familiar materials such as oil, plastic, and rubber. But it essentially weighs even heavier than those representatives.

As the American Chemistry Council (ACC) pointed out, more than 96 percent of all manufactured goods are directly connected to the chemicals industry, involving safe water supply, food, clothing, medicine, and computers.

That's why an emerging trend of slowdown, not an obvious recession, of chemical industry is worth our attention.

Unlike other industries, you cannot conclude that U.S. chemical sector is experiencing a winter, but maybe an autumn.

The ACC's Chemical Activity Barometer, a critical indicator reflecting U.S. chemical market and overall economy, has still been in recovery and standing high after a huge decline in 2008. And the unadjusted data in December 2019 was stably flat (0.0 percent change) following a revised 0.5 percent gain in November, on a three-month moving average basis.

However, when it comes to year-on-year basis, the barometer only rose by 0.4 percent in December 2019, compared to 4.4 percent rise in March 2018, indicating a period of slow growth. 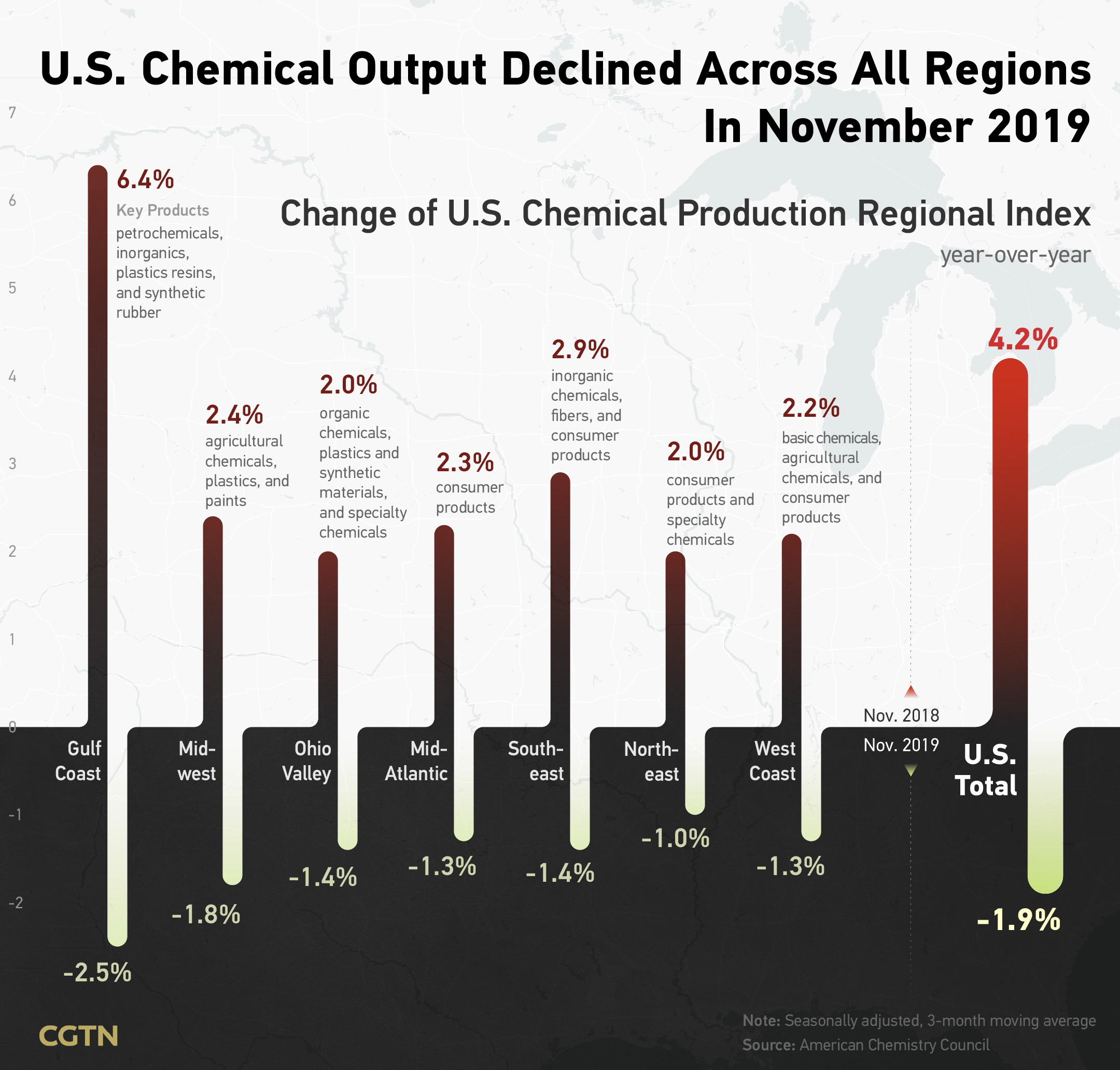 Behind chemical industry's weak performance is the China-U.S. trade war. When the trade war resulted in higher costs of raw materials due to tariffs, U.S. chemicals producers, who were already suffering from a shrinking Chinese market share, found that some rare chemical components can only be bought from China.

Data from the U.S. census bureau showed a tiny change. In November 2019, the U.S. chemicals, and plastics and rubber products exports value to China obtained 7.1 percent of the total, only 0.3 percentage less than 2017. However, the Chinese market has been seeking an alternative given the U.S. share is getting smaller. 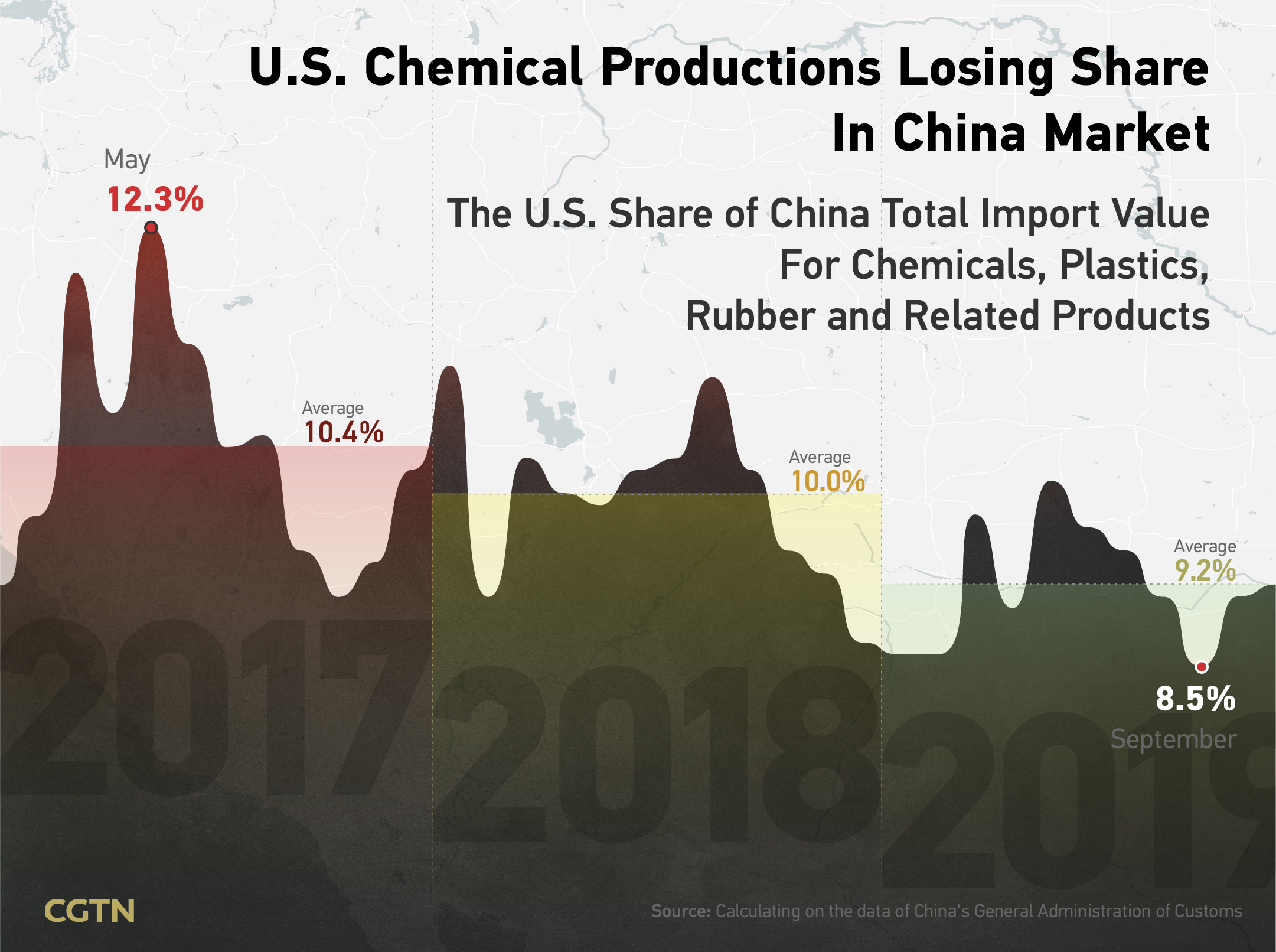 For U.S. chemicals, plastic, rubber and related products, the average share of China's total import value in 2017 was up to 10.4 percent, and then lowered to 10 percent in 2018 and 9.2 percent in 2019 through November, according to data from China's General Administration of Customs.

The American Chemistry Council said in a statement: "If this tariff dispute becomes a war of attrition, it has the potential to last for years, only doing more harm than good – to both sides."

Not only China said "no" to U.S. chemicals products, the U.S. also reduced chemical goods imports from China. 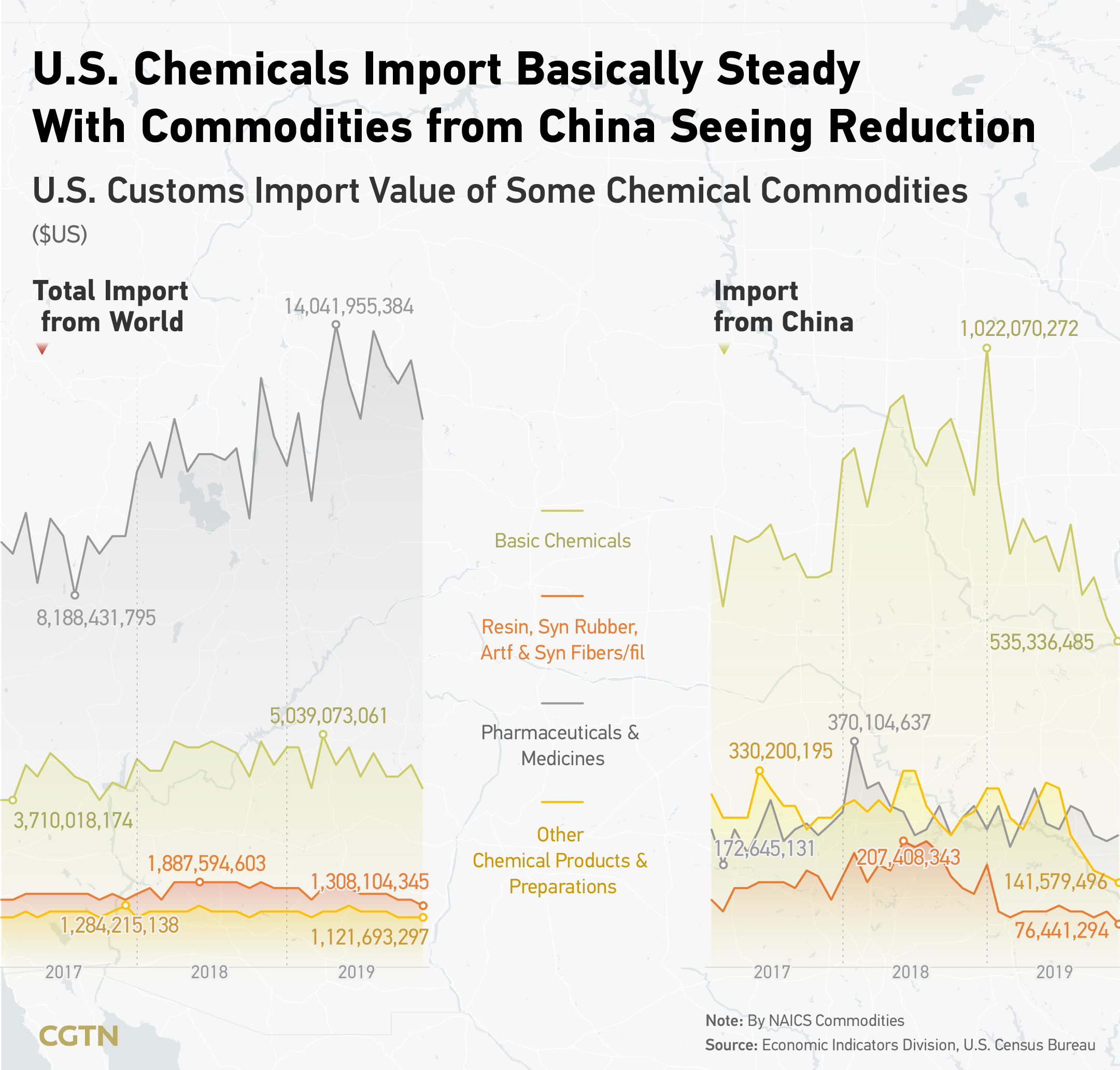 For China's chemical raw materials and chemical products manufacturing industry, there was a total industrial profit decline of 23.3 percent in 2019 through November. Early in the same period of 2018, it enjoyed 19.1 percent increase, the data released by China National Bureau of Statistics revealed.

Immediately in December 2019, China decided to announce import tariff exemptions for several chemical and oil products from the United States.

Now, the phase one deal is expected to ease the downturn of chemical industry and global economy, but economic revitalization and confidence recovery still require negotiations and patience.