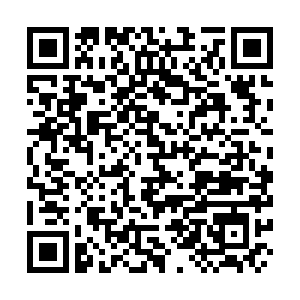 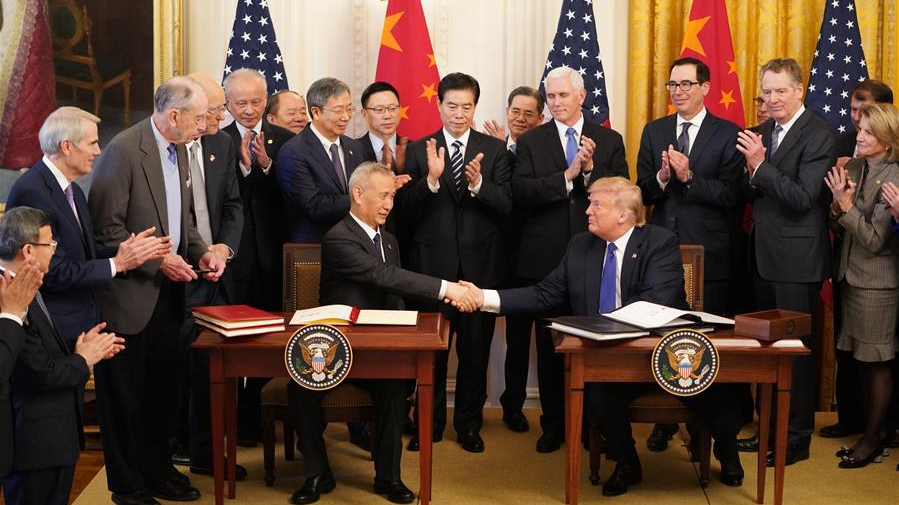 U.S. President Donald Trump and Chinese Vice Premier Liu He shake hands after signing the China-U.S. phase-one economic and trade agreement during a ceremony at the East Room of the White House in Washington D.C., the U.S., January 15, 2020. /Xinhua Photo

U.S. President Donald Trump and Chinese Vice Premier Liu He shake hands after signing the China-U.S. phase-one economic and trade agreement during a ceremony at the East Room of the White House in Washington D.C., the U.S., January 15, 2020. /Xinhua Photo

Editor's note: He Weiwen is a Senior Fellow at the Chongyang Institute for Financial Studies, Renmin University, and former Economic and Commercial Counselor at Chinese Consulate General in San Francisco and New York. The article reflects the author's views and not necessarily those of CGTN.

China and the U.S. signed the phase one trade agreement on January 15, 2020, after their on-and-off negotiations and tariff escalations that lasted for nearly two years.

The phase one agreement is a hard-won achievement, indicating a temporary detente in the bilateral trade relations, providing a relatively stable and predictable environment for coming months. It also suggests a pathway for managing the two sides' differences in the future.

The trade war has most notably hurt the U.S. businesses, farmers, and families. According to an article on New York Times published on January 6, the latest data shows that approximately 100 percent of the tariffs has been borne by American buyers, not China.

The phase one agreement means a good step in the right direction. It proves once again that, differences concerning issues such as trade, between the world's two largest economies, could only be addressed and solved through equal and rule-based consultation and negotiations. Any unilateral punitive measures will only aggravate the situation and harm both countries. The agreement is done after prolonging consultations and negotiations and should be respected and upheld by both sides.

It contains eight chapters. Specifically, I would like to reflect on the financial services chapter. This chapter stipulates that China will remove barriers for service providers in foreign banking, insurance, securities, and credit rating, and these barriers include foreign equity limitations, and bureaucratic regulatory requirements.

It is worth noting that this stipulation applies to not only the U.S., but also financial providers from other countries. It is in full accordance with China's latest laws and regulations on further opening-up in the sector of financial services. 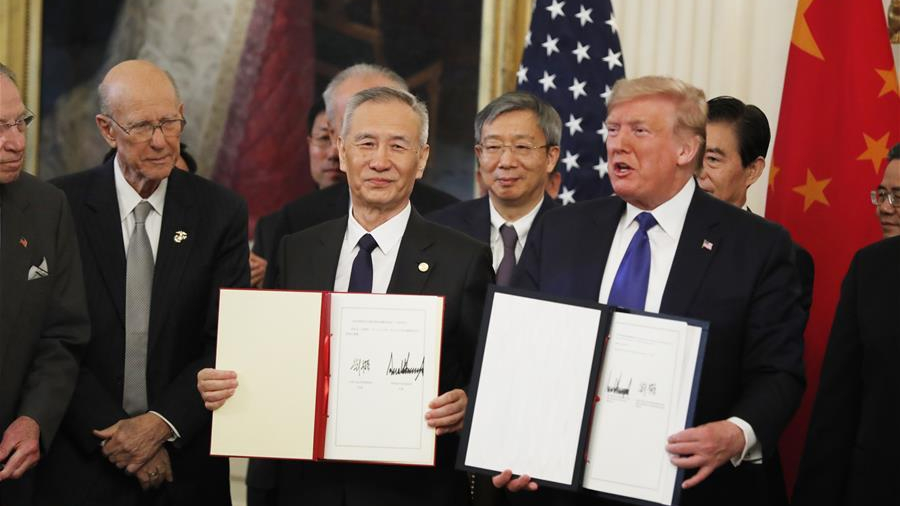 U.S. President Donald Trump and Chinese Vice Premier Liu He show the signed China-U.S. phase-one economic and trade agreement during a ceremony at the East Room of the White House in Washington D.C., the U.S., January. 15, 2020. /Xinhua Photo

U.S. President Donald Trump and Chinese Vice Premier Liu He show the signed China-U.S. phase-one economic and trade agreement during a ceremony at the East Room of the White House in Washington D.C., the U.S., January. 15, 2020. /Xinhua Photo

The latest Foreign Investment Law, effective on January 1, 2020, contains a principle of Pre-establishment National Treatment (PNT), which stipulates that all foreign businesses investing in China should receive equal treatment as all the other established businesses in China. So naturally, U.S. banks and financial institutions will benefit from this as well.

In its pursuit for a high-quality development towards the great rejuvenation of the Chinese nation, China needs the best resources, which includes financial resources, expertise, and talents. Without a sophisticated, open, competitive financial market and market mechanism in China, the two centennial goals will be out of the question. The U.S. and other world leading financial institutions have extensive financial resources and expertise and should thus be welcomed to invest in the Chinese market.

On October 15 ,2019, China's State Council also announced a new regulation abolishing all the equity limitations on foreign banks and insurance corporations. The phase one agreement ensures its full application to the U.S. financial services providers.

On the other hand, further financial opening does not guarantee access to the Chinese market by all American financial services providers. The Chinese government's official Negative List (2019) classifies banking, insurance, credit rating, bond and futures trading as restrictive areas for investment, which are subject to approval by the Chinese government on a case-by-case basis. The key here is non-discrimination, the approval follows the same legal requirement and standards as domestic financial institutions.

The situation is similar in the U.S. where foreign investment in the financial sector is permitted by law, in practice, it is subjected to approval by the Federal Reserve (FED).

When I worked as the economic and commercial counselor at the Chinese Consulate General in San Francisco and New York, I helped the Bank of China with its application at FED for opening a branch in San Francisco, and the Industrial and Commercial Bank of China setting up one in New York. The processes lasted for years.

Allowing 100 percent foreign ownership of banks in China does not mean foreign banks will take over Chinese banks. The foreign mergers and acquisitions in China must go through the process of government review and approval, like in the U.S.

A balanced implementation of the phase one agreement depends on its strict, objective interpretation of the full text by both sides. The two sides should keep close teamwork and communications to prevent possible differences over how to interpret specific terms, which might lead to a renewed tension.

Only through cooperation on the basis of equality and mutual respect, can China and the U.S. implement the agreement smoothly, contributing to a better environment in the bilateral trade as well as the world economy.