How the Hong Kong movement fell into decline
Tom Fowdy 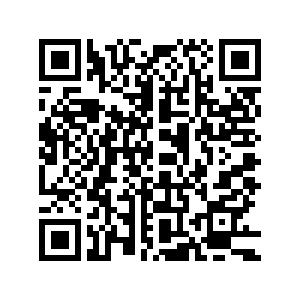 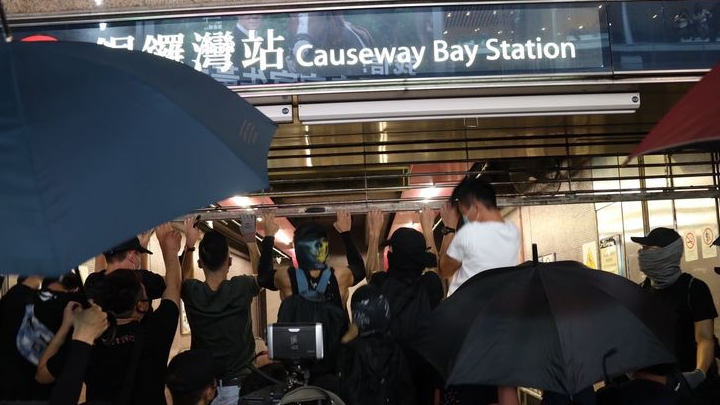 In 2019, Hong Kong made headlines for all the wrong reasons. As violent protesters pursued radical unrest and destruction throughout the city, they were given blanket support from the Western mainstream media and U.S. politicians.

Thanks to this support, they scored some small victories. However, given the scale of the protesters' demands and ambitions, they have fundamentally failed to change the status quo in the city and achieve what they set out to achieve.

As 2020 sets in, the movement looks like it is quickly running out of ideas. While unrest and protests are expected throughout the Chinese New Year period, it is nevertheless quite evident that they are losing momentum and also failing to attract the same round-the-clock news cycle, which boosted them the year before.

The pursuit of violence and civil disobedience has not escalated support to the point of stopping the system from functioning, nor has it resulted in response from authorities, which they hoped to provoke. In turn, activists online are now resorting to more and more outlandish conspiracy theories in order to try and reclaim the attention they are now losing, albeit unsuccessfully. 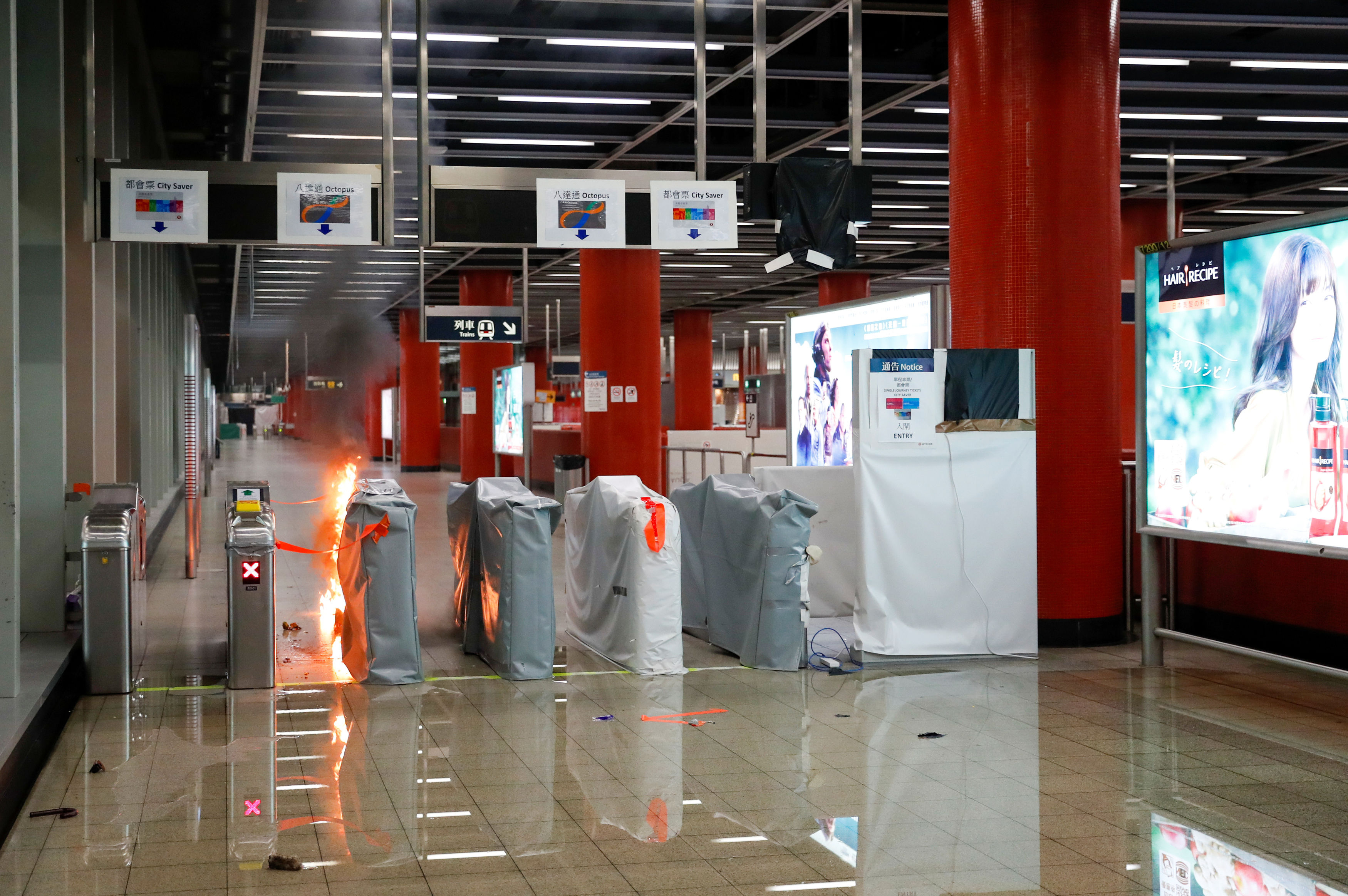 The strategy of the most violent Hong Kong activists comes under what is described as "Jujitsu politics," which is defined as a form of asymmetrical warfare where radical groups act to "provoke governments to crack down on the populace at large and produce domestic blowback which legitimates further violent action," according to Clark McCauley, author of "Jujitsu Politics: Terrorism and Responses to Terrorism." Its goal is to make a given political system lose its legitimacy at large, as well as draw increasing support of foreign powers.

There is substantial evidence to make the claim that they pursued this strategy: Violent activists sought to provoke escalatory responses from the police by deliberately pursuing destructive behavior and then shaping the outcome into narratives of violent "oppression," which was then in turn used to appeal to the Western mainstream media and politicians.

Those responsible persistently and repeatedly exaggerated police actions, whipping up mass hysteria in the hope of fermenting and sustaining greater unrest against the system. They hoped this would ensure violence escalated to the point Hong Kong would cease to function altogether, giving them the political capital to impose their demands.

In doing this, violent activities peaked through the months of September to November, with the Hong Kong Polytechnic University standoff being the "climax." Since the turn of the New Year, however, their movement has since lost momentum. 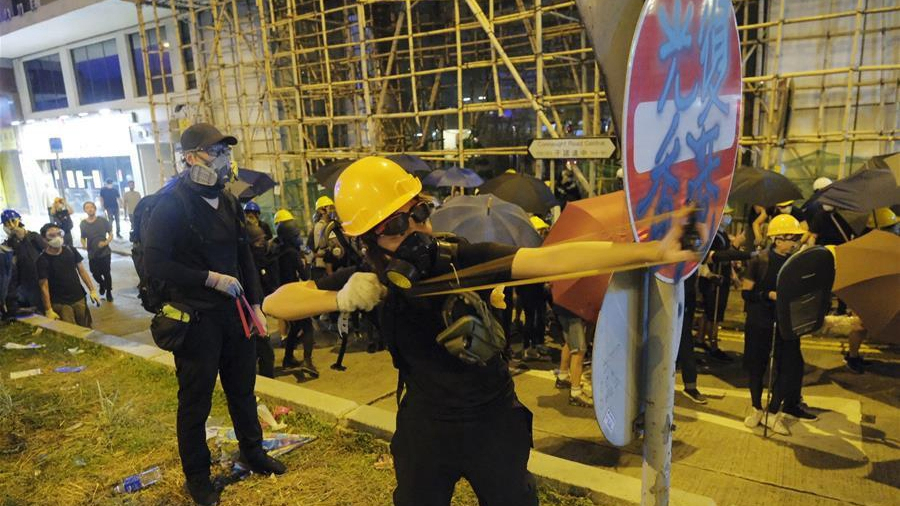 Violent protesters have shown little restraint in the tactics they employ to try to achieve their goals. Injuries have become a constant result of their activities.

Violent protesters have shown little restraint in the tactics they employ to try to achieve their goals. Injuries have become a constant result of their activities.

First of all, round-the-clock media coverage of Hong Kong has ended. The news cycle has moved on. It is old news, or incremental at best. Even though there have been some pockets of violence since, these events have not actually gained coverage, even in outlets that gave them support such as the BBC. This has stifled their strategy of claiming police oppression.

Secondly, Washington has also moved on. The Trump administration didn't want the "act" concerning Hong Kong, which congress pushed on him without choice, and therefore has no interest in enforcing it. The Iran crisis has also diverted the agenda. Senators who were relentless in the support of Hong Kong radicals are now tweeting instead about Tehran at large.

It is telling how Trump himself actively supports protests in Iran and even tweets in Persian, but ignores Hong Kong altogether. The U.S. has in effect lost interest in the city and there is no momentum for further action, something the activists who appealed to them did not realize or bargain for – underestimating the opportunism which American politicians operate on.

Thirdly, the governments of other countries beyond the U.S. are not supporting Hong Kong as they hoped or taking any action. The British consulate in fact called the police on violent activists last week, something which provoked calls of betrayal.

In this new environment, activists online have in fact become increasingly paranoid and are now resorting to more and more conspiracy theories, based on increasingly bizarre claims, with suicides in the city being attributed to the police without any evidence whatsoever. It is a desperate call for attention, but the media can't report completely baseless claims.

In this case, the Hong Kong movement is losing pace and momentum, the world is losing interest. The same exaggerated claims of police oppression, with no deaths whatsoever, can only be stretched so far. The status quo is in fact comfortable and secure. Never has the movement looked any less likely or feasible in achieving their demands than at this point.

They may be aiming to spur disruption and unrest in the near future, but a flicker of an ember does not change the trajectory of a dying flame.