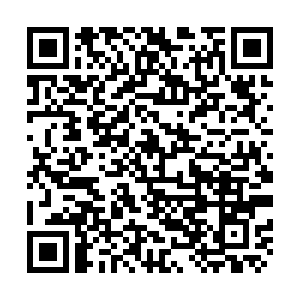 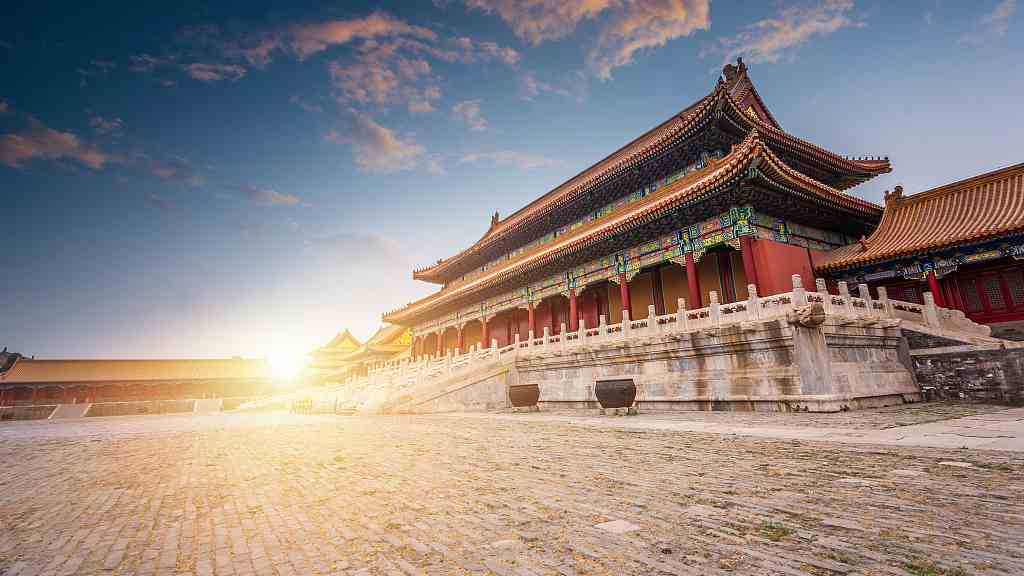 A set of photos of two visitors standing in front of a luxury vehicle parked inside the Forbidden City, also known as the Palace Museum, has aroused indignation and questions online despite the museum's apology on Friday.

Four pictures, posted by a social media user named "Lou Xiaobao LL" on Friday afternoon, were taken of two women in casual clothes without museum staff credentials, with what seemed to be the Forbidden City in the background.

"We avoided visitors' flow to enjoy the Forbidden City while it is closed on Monday," said the post, which has been deleted. 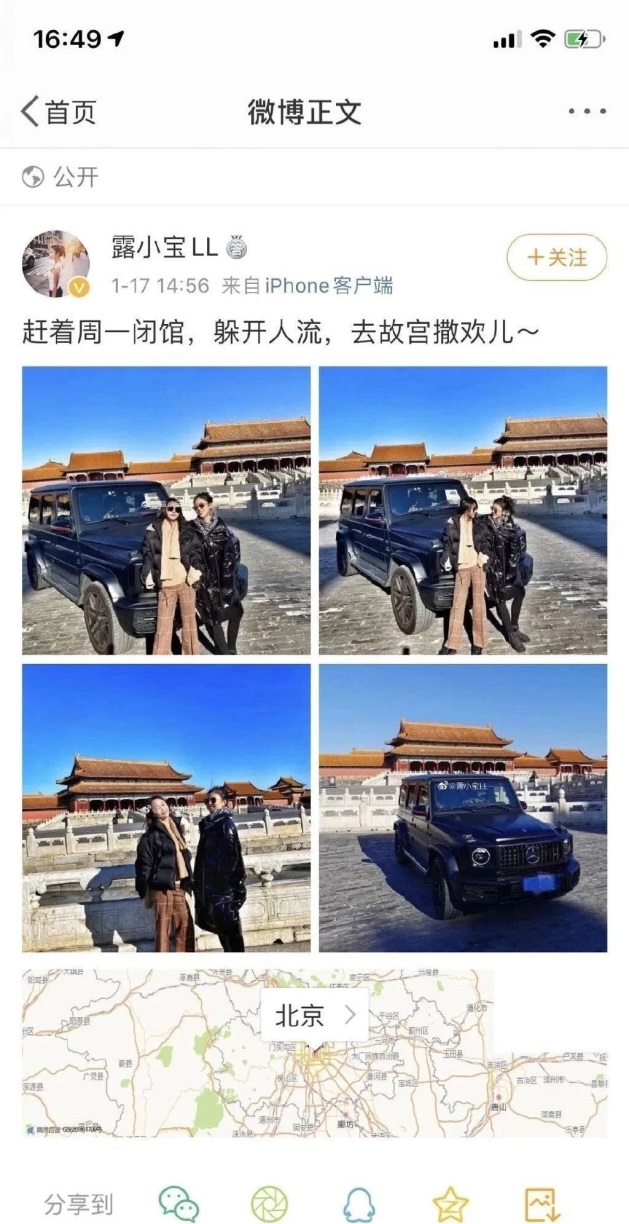 A set of photos of two women standing in front of a luxury vehicle parked inside the Forbidden City has aroused indignation online. /Photo from web

A set of photos of two women standing in front of a luxury vehicle parked inside the Forbidden City has aroused indignation online. /Photo from web

As private vehicles are prohibited in the 600-year-old UNESCO cultural heritage site, the post and the related topics became the most searched hashtags online.

Facing netizens' criticism of the women abusing their privilege and disrespecting the historic site, "Lou Xiaobao LL" defended herself hours later by saying that the location at which she stood is a parking lot that can be reached through the West Prosperity Gate, an entry through which vehicles are allowed. The post was also deleted afterwards.

On Friday night, the Palace Museum made an apology on its Sina Weibo official account. It confirmed the incident had happened on Monday, expressed its deep distress and promised to strengthen management.

The Palace Museum made an apology on its Sina Weibo official account. /Photo from web

The Palace Museum made an apology on its Sina Weibo official account. /Photo from web

But the apology did not gain forgiveness from angry netizens. Some questioned why the ladies were able to enter the closed museum, what driving route the vehicle took, who let them in, and what penalty the responsible person should take.

Others were concerned about the condition of the old floor tiles after being compressed by the heavy vehicle. Internet users recalled that museum workers filmed in the documentary "Masters of the Forbidden City" said they ride bicycles to work to avoid crushing the floor tiles that were designed for walking.

The rule forbidding vehicles was implemented in 2013, when Shan Jixiang served as the curator of the Palace Museum. Shan explained that from Buckingham Palace in the UK to the Palace of Versailles in France, vehicles are prohibited because they impact the dignity of culture.

That year, former French President Francois Hollande visited the Forbidden City on foot. Later in October 2013, the then 81-year-old Indian Prime Minister Manmohan Singh took a borrowed electric sightseeing car for a visit. Since then, no foreign state guests or foreign heads of state have entered the Forbidden City by car.

The Forbidden City was home to 24 emperors between the years 1420 and 1912. Covering an area of 720,000 square meters, it is the largest existing palace-type building in the world. This year marks the 600th birthday of the Forbidden City, with a series of celebration activities to be held.

(Cover image: A file photo of the Forbidden City in Beijing, China.)