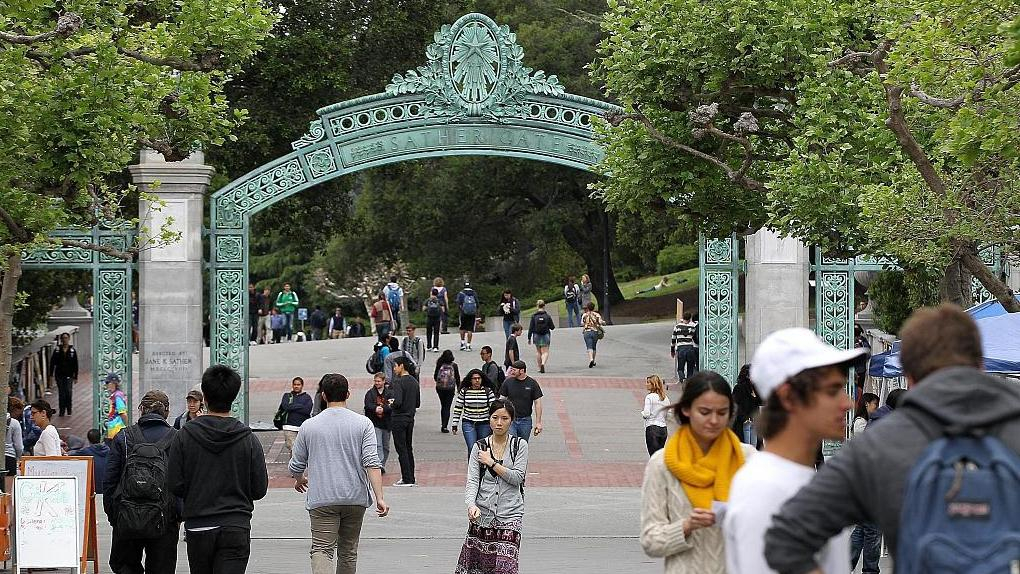 Editor's note: Joel Wendland-Liu is an associate professor of the Integrative, Religious, and Intercultural Studies Department at Grand Valley State University in the U.S. The article reflects the author's opinions, and not necessarily the views of CGTN.

Public higher education is steadily losing its "public" character. The resources, workforce, cultural capital, and prestige of U.S. universities are being pressed into the service of profit. After decades of neoliberal policies, universities have been starved of needed resources. Skyrocketing tuition has forced millions of current and former American students into 1.6 trillion U.S. dollars of debt and a lifetime of precarious work conditions.

The solutions offered by for-profit education companies are a mixture of devious dispossession, futuristic technology, and high-pressure sales pitches. None of which will save the modern public American university from its crisis.

High-tech education companies sell a software package they claim is a magic bullet. Those companies have convinced hundreds of universities and colleges facing the crisis of vanishing resources and steep competition for students that technology will help them cheaply recruit students.

According to recent research by the non-profit think tank New America, the software uses "predictive analytics." One of the first known uses of predictive analytics in a networked system was a database created by the U.S. Department of Defense during its war on Vietnam.

That data was regularly uploaded to IBM computers, creating time- and location-specific dynamic maps of resources, pockets of anti-American resistance, and levels of economic and social development. Military technicians could then make recommendations about which people needed to be killed, hamlets destroyed, occupied, or resourced shifted to or from.

The project further dehumanized of millions of people regarded as worthy of slaughter and manipulation for the imperialist goals of the U.S. government.

Today, the technology isn't always connected to war and carnage. Still, it does result in the dehumanization and manipulation of everyday people. And this time the purpose is profits for billionaires. It is being used in "predictive policing" to control poor or African American communities and in healthcare to predict costs of care to manipulate profits for insurance companies and healthcare providers.

Here is how it works in higher education. Universities want to recruit students who will apply and enroll, and then attend and succeed. Access to public resources depends on both enrollments and on rates of retention and graduation.

Further, private donations for new buildings and big sports arenas are tied a university's ranking as a school that successfully graduates students. This cycle of rewards and punishments creates a market-dependent incentive system that requires public universities to play by market rules. 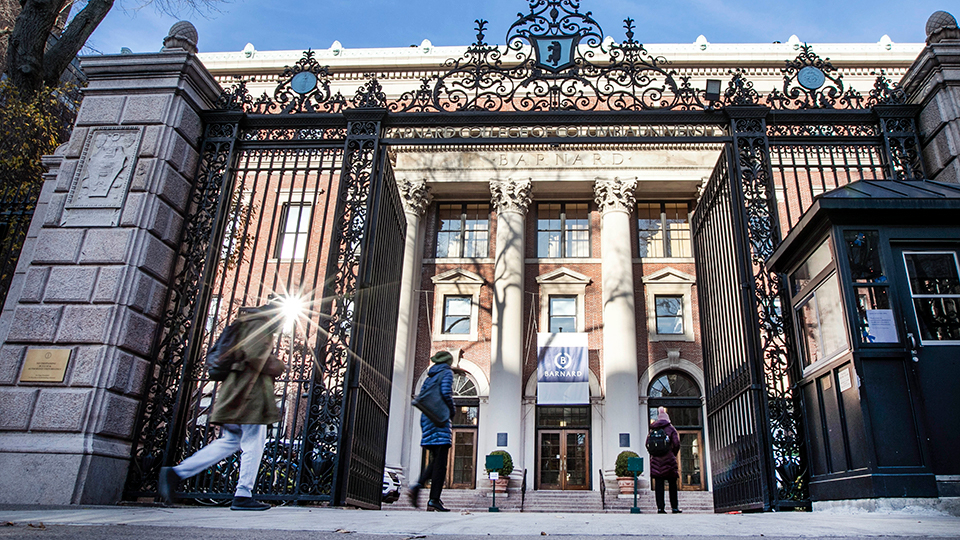 Barnard College in the U.S.

Barnard College in the U.S.

To compete, universities contract with companies like EAB or Civitas Learning to help them identify potential students. Predictive analytics uses data about a potential student's race, gender, geographical location, and ability to pay as critical parts of a scoring system that ranks those students based on the likelihood of applying, enrolling, and succeeding.

Once the potentially most successful students are identified, public universities can spend rare resources on recruiting the highest-ranked students.

None of the people involved here will admit they believe a person's race or social class or gender determines their future success. Still, predictive analytics can only rely on data that mirrors existing structural inequalities in the U.S. like racism, sexism, or classism.

Students who come from white, affluent families and places will have a decided advantage. Recruiters will target students with more resources. Poor or working class, or rural students will continue to face structural hurdles to higher education.

Inequality is a persistent feature of U.S. society, despite its ideological myths about social mobility and success. The new twist is that private companies get to profit from inequality in public education.

The current incentive system will foster more deep-rooted inequalities and divisions in U.S society. "While colleges can be encouraged to focus on social mobility and helping to end institutional racism," the New America researchers argued, "until the types of incentives change, it will be hard to make these changes systemic."

As long as the current incentive system rewards for-profit companies for manipulating an exclusionary university admissions system, powerful actors will work hard to preserve it.

One of those powerful actors is billionaire Secretary of Education Betsey DeVos. When Donald Trump appointed her to head the Department of Education, ethics requirements required DeVos to report her financial holdings publicly.

Not only was a massive private network of shell companies, trusts, and secret holdings brought to light in that report, according to the Wall Street Journal, but many of her family's shady financial networks remain secret.

One of the companies that her family held a financial interest in at the time of the report was a software company called Vista Equity Partners. Vista owns EAB, which specializes in predictive analytics for higher education.

Ethics documents showed that DeVos also held stakes in numerous private education companies that have profited by disrupting public education. This nexus of profit, power, and policy-led education scholar, Steven J. Courtney, to characterize DeVos as "a major actor in facilitating and enabling corporate interests to flourish at the expense of the public good."