U.S. mass shootings: Will 2020 be any different?
By Hu Yiwei 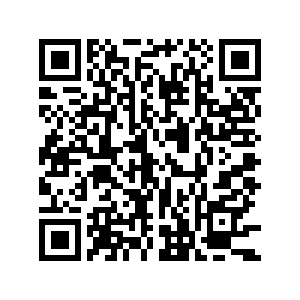 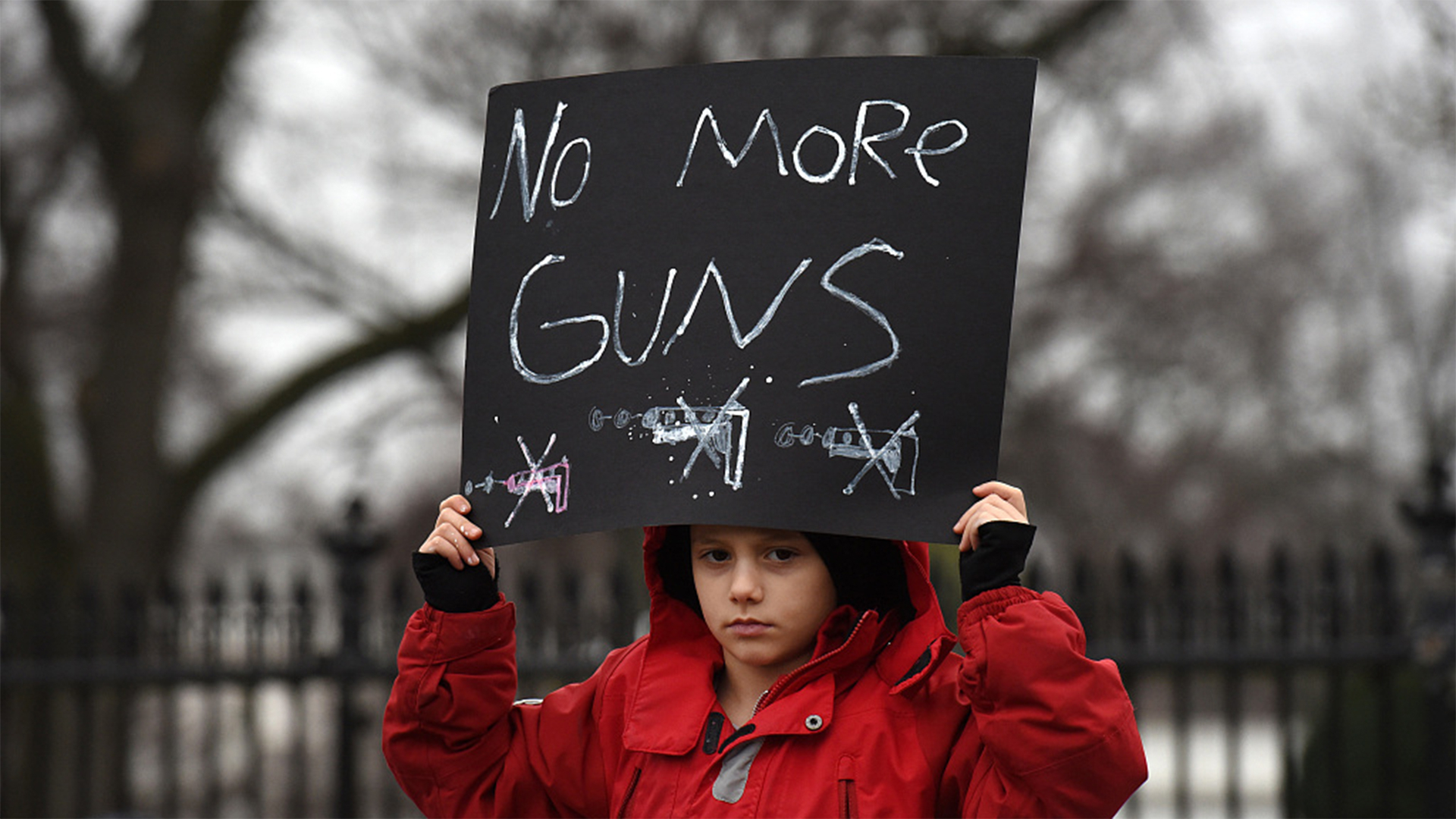 In the latest mass shooting case in the United States, a boy armed with a gun killed four people in a quiet neighborhood in Grantsville, Utah on Friday.

CGTN looks back at the U.S. mass shootings in recent years to see if the year 2020 would see relief in gun violence in the United States – the world's largest civilian gun-owning country, which has suffered the most mass shooting incidents. 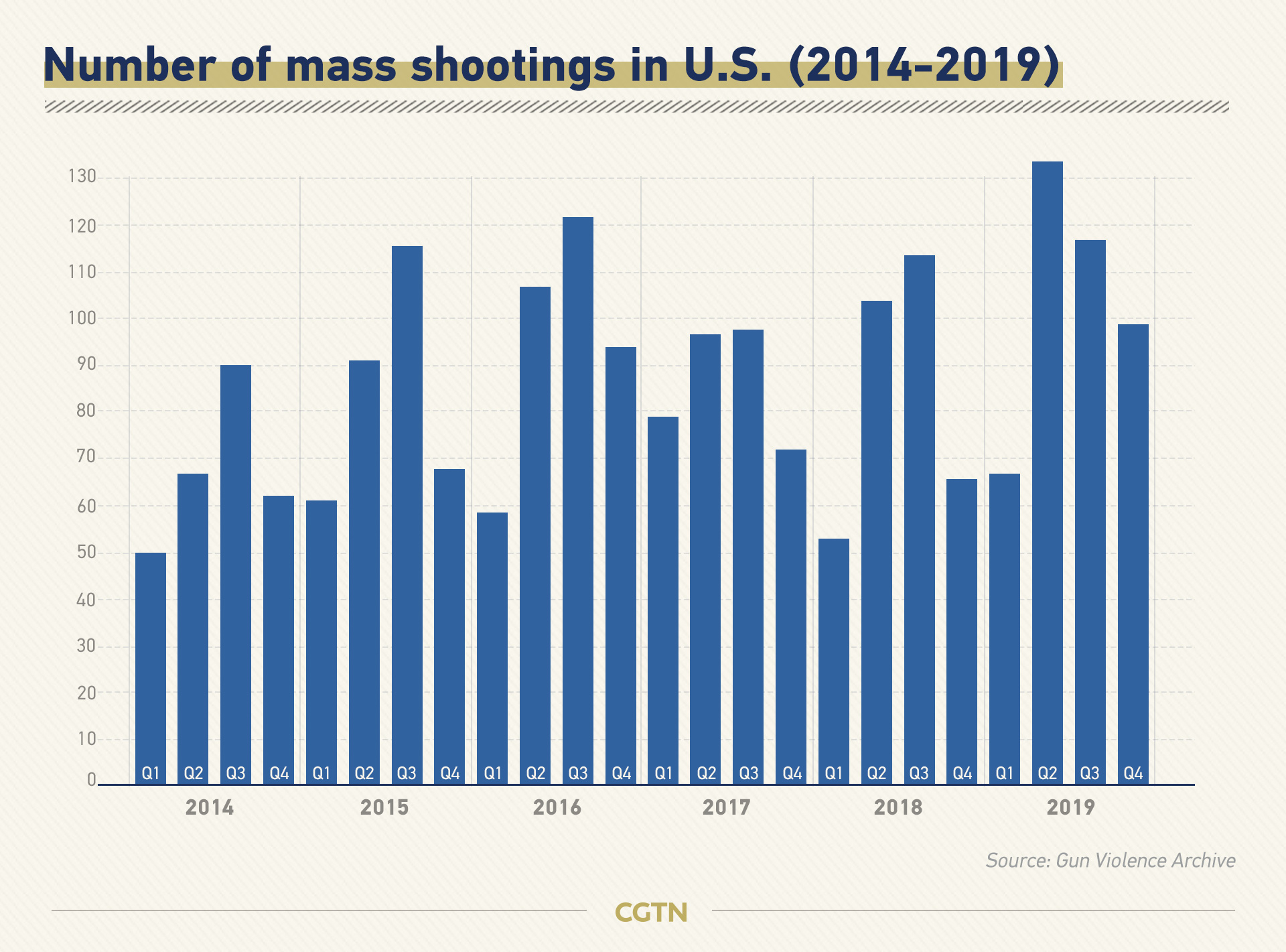 If we take the broadest definition, which describes a mass shooting as a gun incident where four or more people are injured or killed, then the year of 2019 saw a record number of mass shootings in the United States.

Under this definition, there were 417 mass shootings in 2019, according to Gun Violence Archive, a nonprofit corporation that tracks gun violence across the country.

Among the deadliest last year was the killing of 22 victims in El Paso, Texas in August. 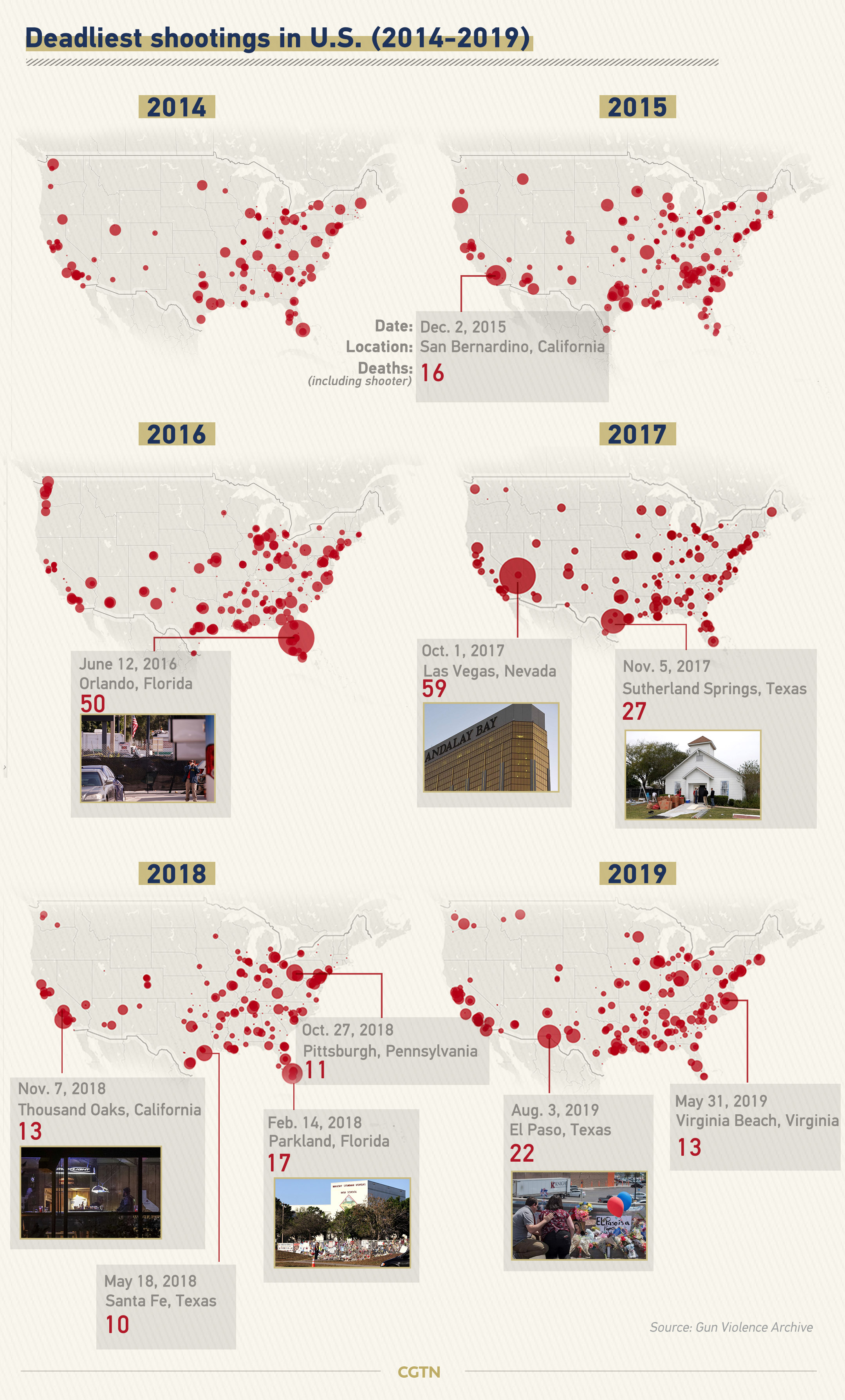 Many believe most of these deaths and injuries might have been avoided if guns had been strictly controlled.

Australia is an often-cited case when it comes to how to eradicate mass shootings. Since the nation implemented tough gun control measures after a mass shooting in 1996, there have been no such cases over the past 20 years.

New Zealand also overhauled its gun laws swiftly in the wake of the Christchurch attack in March that claimed 51 lives. As of December, over 56,000 guns were handed over to authorities in its buyback program following a ban on assault weapons. 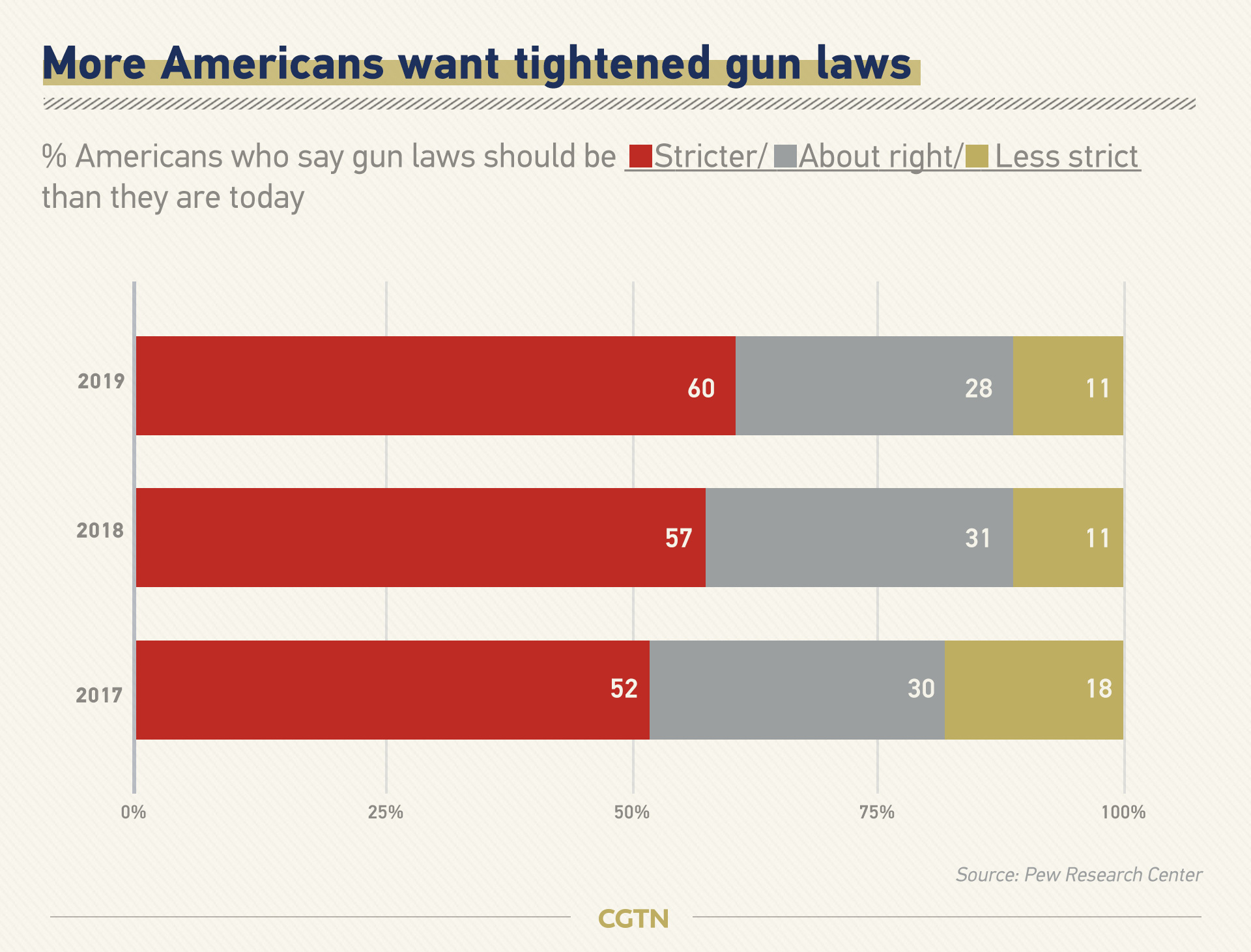 The United States is also seeing a rise in support for stricter gun laws in recent years, according to surveys.

By estimates, the number of firearms available to American civilians is at around 393 million, which means the U.S. alone owns over 45 percent of civilian-owned firearms globally, according to Small Arms Survey (2018).

On average, Americans also possess more guns than residents of any other country. 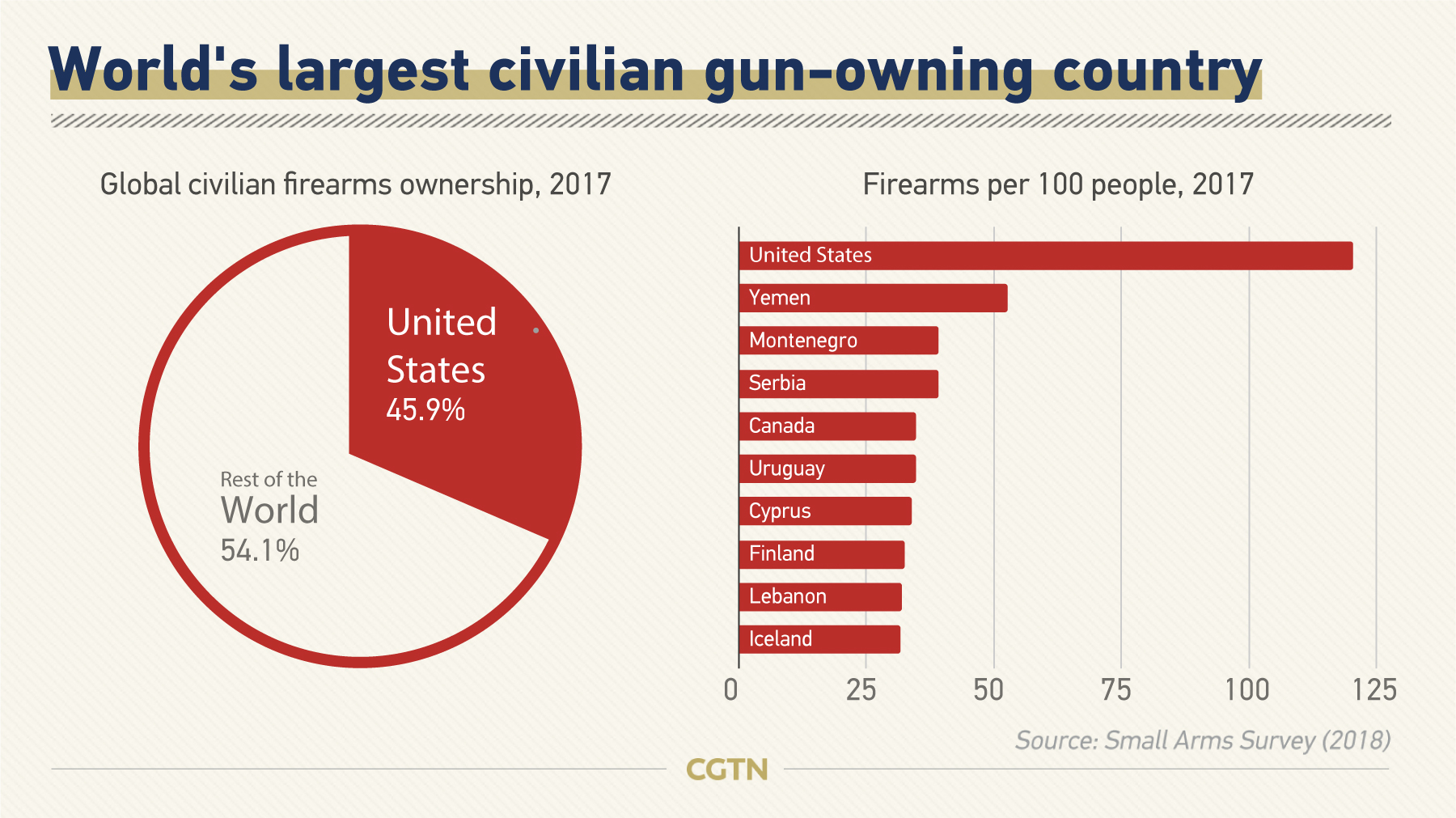 ...but little has been done

The spike in U.S. mass shootings in recent years has stoked emotional and heated debates on gun control reforms. However, little has been done but for thoughts and prayers for the victims.

In February 2019, the House of Representatives passed sweeping gun legislation that would require universal background checks for most gun purchases or transfers.

This could have been the Congress' most significant step in gun control over the past two decades. But the Republican-controlled Senate has not taken any action on the bill since the House passed it. 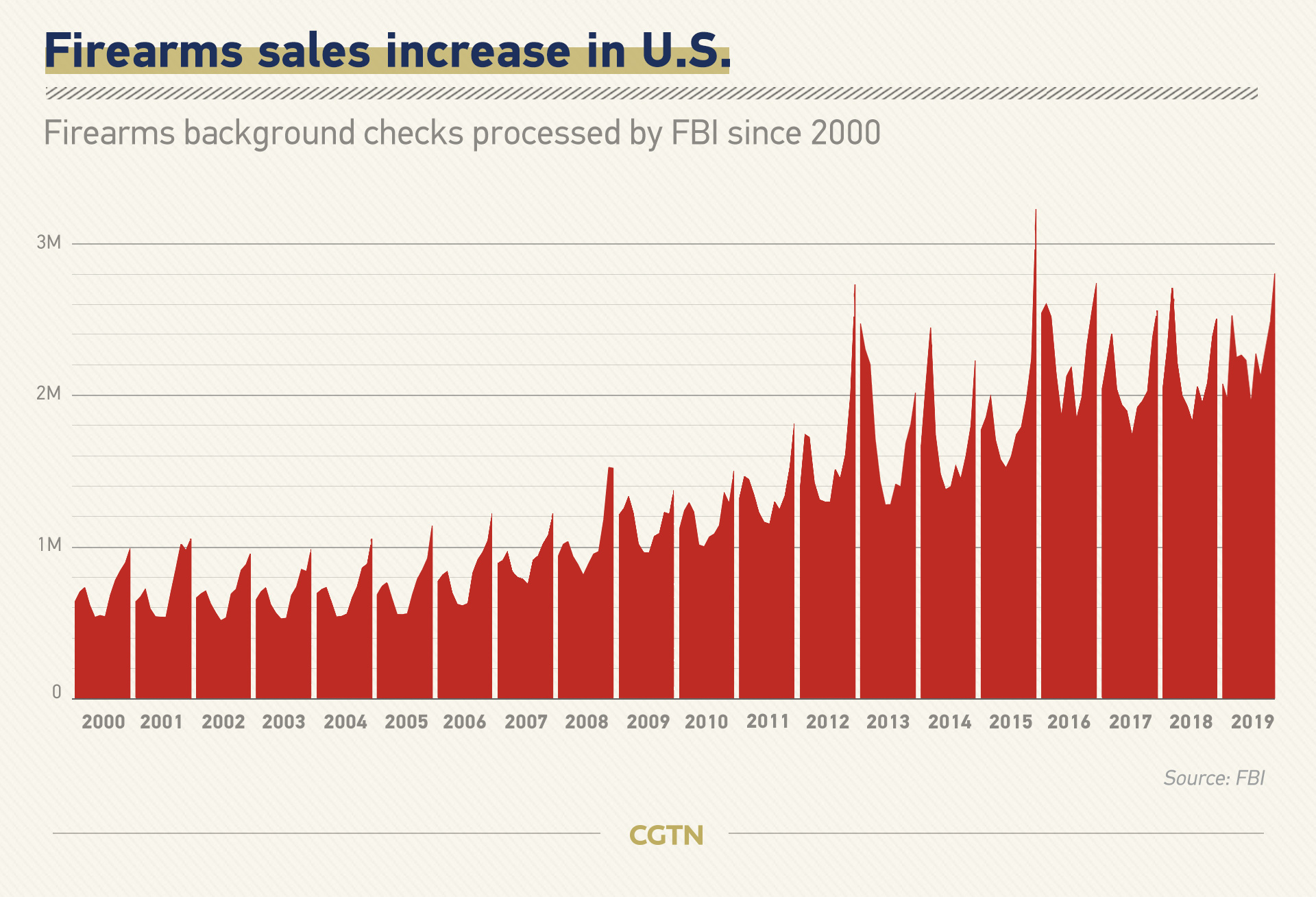 But the president backed away from his support after a long phone call with National Rifle Association (NRA) CEO Wayne LaPierre.

Speaking to the public after the call, Trump said the real gun safety issue was mental health, and emphasized that the U.S. had "very, very strong background checks right now" – positions that echoed the views of the NRA.

Advocates for tougher gun legislation have no doubt who is to blame each time their efforts were derailed: The NRA and its allies in government.

Its annual lobbying fee rises together with the number of mass shooting cases. The spending peaked in 2017, when the deadliest shooting in modern U.S. history stroke Las Vegas. 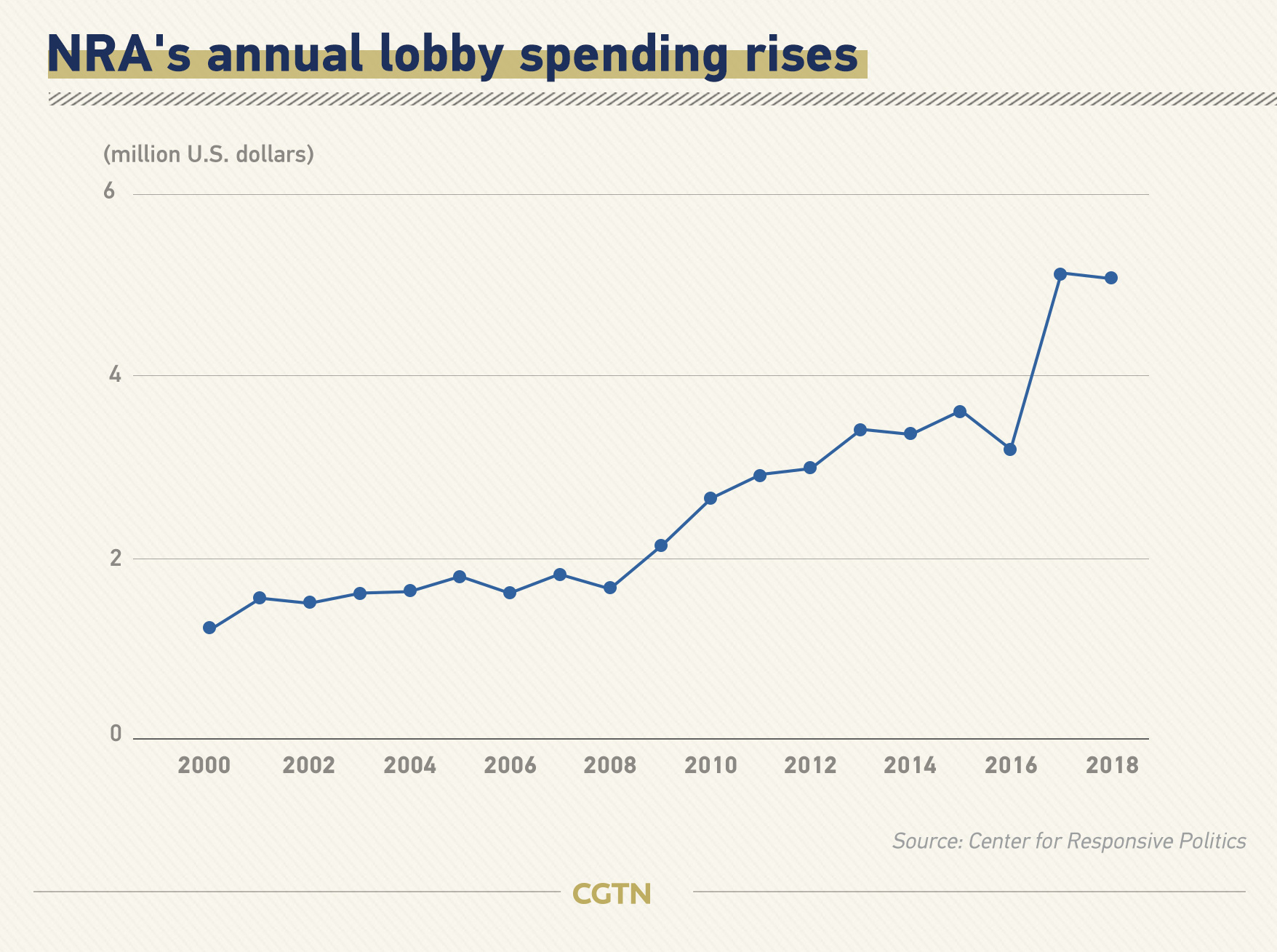 The NRA, together with other interest groups, has thwarted nearly all the gun control bills through lobbying and money donations.

"…the foundation of U.S. democracy is general elections, which are inseparable from money. Gun-related interest groups gain political influence through monetary donations and they prevent the government from controlling guns. At the same time, candidates, with the purpose of winning more votes, often cater to voters who advocate the right to hold guns," as an article issued after the deadly El Paso shooting pointed out.

The high degree of political polarization between Republicans and Democrats is also killing the chance of a legislative breakthrough in gun reform, as the stalled background check attempt in 2019 indicated.

Moreover, the right to bear arms is enshrined in the second amendment of the U.S. constitution. At the national level, civilians who oppose stricter gun laws usually stay firm in their belief, while those for it – their attention and emotion tend to fade as time goes by.

With a general election coming in 2020, experts expect no positive change in terms of gun violence this year.