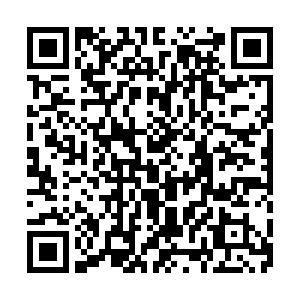 It speaks volumes about "The Notorious" Conor McGregor that he's been absent from UFC competition for almost 18 months and spent that time getting into increasingly legacy-damaging trouble and yet, his return bout at UFC 246 was enough to bring out big names such as six-time Super Bowl champion Tom Brady and Hollywood heartthrob Matthew McConaughey – two stars who would not be seen dead at a MMA event were it not headlines by someone so far above the rest that they exist on the same level of celebrity.

Follow long a card that in terms of quality should have been a Fight Night event rather than a fully numbered UFC PPV, Donald "Cowboy" Cerrone came to the Octagon to face his Irish opponent and then McGregor's music hit and you could feel it; whether you were live in the audience, watching on TV at a bar or streaming it on you phone, it was there – the big fight feel that comes with Conor, no matter who he's against. 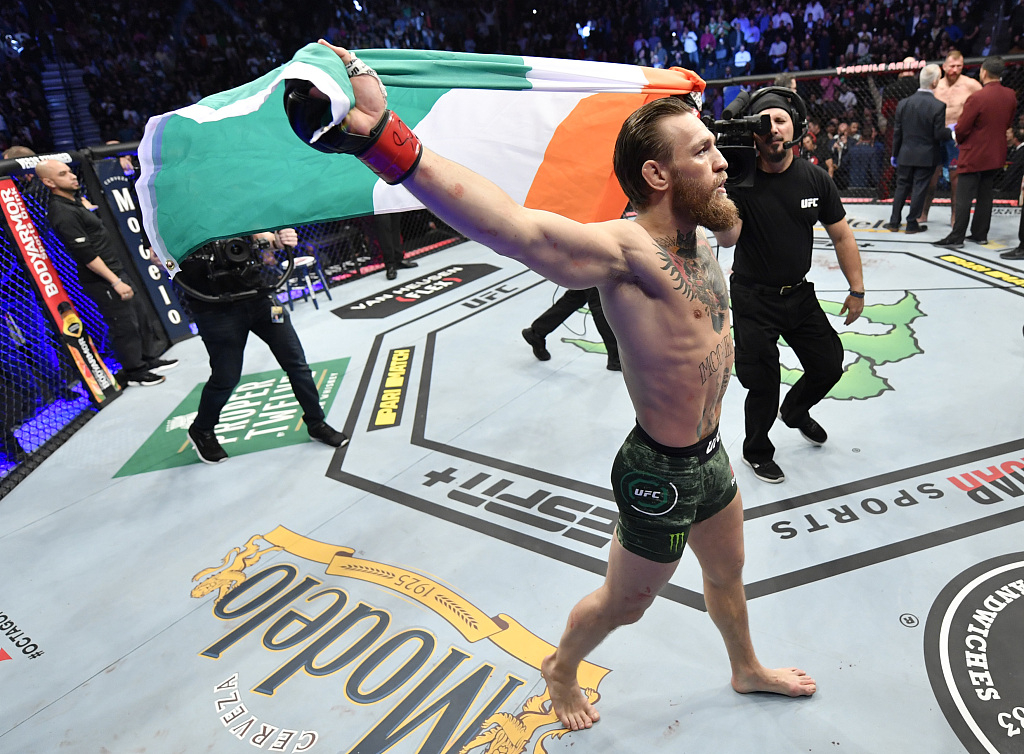 After the introductions from Bruce Buffer, the bell rang and almost as quickly it was over. In a brazen attempt to recreate his 13-second KO versus Jose Aldo, McGregor launched a big left hand that sailed past Cowboy's head, forcing the two men into the clinch.

To paraphrase MMA journalist Luke Thomas, ring rust is real, it's just that it isn't applied equally. McGregor's opening clinch game, in which he shoulder barged Cerrone repeatedly with enough force to bloody his nose is a sign of whatever the opposite of ring rust is. It's one of those moves that is deceptively easy and effective enough that you wonder why fighters don't utilize it more often. This is also phase one of McGregor's victory; in controlling the clinch, he prevented Cerrone from switching levels, trying for a takedown – one of his key skills – and forced him to stand.

After this, Cowboy took a moment, threw a headkick which was blocked and got rocked by McGregor's immediate response. This was phase two of his victory. Perhaps more important than Cerrone's fluctuating record of wins and losses is his core fighting style which has remained the same throughout his whole career. He's known for being a slow starter who chips away at his opponents. It's true he holds the record for most UFC finishes, and most of those come in the second and third rounds. It's the opposite of what McGregor is known for – 14 of his 22 wins have come in the first round – and it was clear that, to make his return as impressive as possible, he was working in full bullrush mode.

Upon stinging Cerrone with the headkick, McGregor laid in some hard ground and pound. Referee Herb Dean gave Cowboy plenty of time to scramble and recover, something he was working towards, only McGregor's smothering was simply too much and the fight was called as a TKO finish at 40 seconds of the very first round. 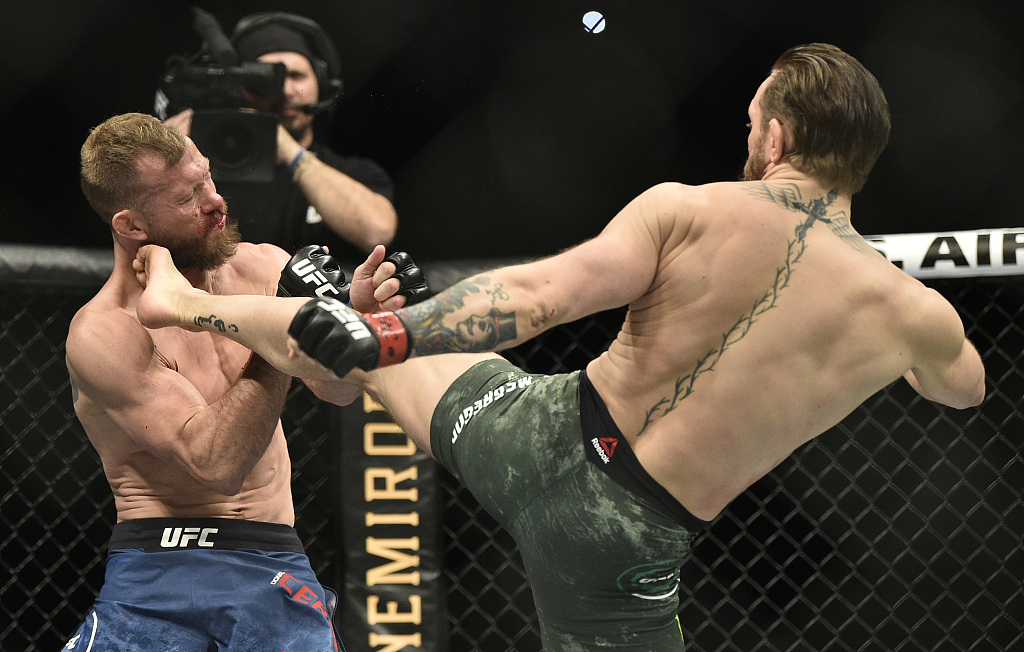 What's next for Cowboy Cerrone? Some say he's a MMA veteran, others know him as a UFC journeyman; with three consecutive TKO losses to top flight contenders and a tragic history of not being able to get it done when it matters, it seems like he will always be known as a divisional gatekeeper, and at 36, unless the stars align and create a Michael Bisping-esque Cinderella story for him, it seems like his time in the Octagon is running out.

What's next for Conor McGregor? It was sitting in the front row. Draped in a Versace robe, the BMF Championship and the focus of the cameras all night, Jorge Masvidal is who the UFC wants him to fight next, and it makes sense. It's a clash of two trash talkers known for highlight reel finishes and, more importantly for the top brass, keeps Notorious distracted and away from his bete noire, Khabib Nurmagomedov, the rivalry with whom is considered what derailed Conor all those months ago.

Elsewhere on the card, in a men's lightweight bout, Carlos Ferreira tapped out Anthony "Showtime" Pettis in the second round and Holly Holm continued her streak of only losing to champions as she ground out a decision win over Raquel Pennington in the women's bantamweight division.