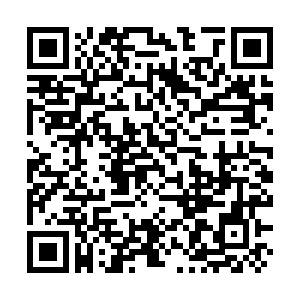 A Chinese paper company invested 46 million U.S. dollars, created 130 new jobs and revitalized the economy of the city of Old Town, Maine, in the northeastern United States. A New York Times article headlined "A Maine Paper Mill's Unexpected Savior: China" two days ago revealed another side to tense relations between America and China.

Zhang Yin, known in China as the "Queen of Trash" had built an empire, Nine Dragons Paper, by producing corrugated board out of recycling scrap. The company is publicly traded with a stock listing on the Hong Kong exchange.

As one of the largest players in China and among the biggest three or four paper companies in the world, Nine Dragons aims to operate a few mills in the U.S. as part of its global expansion strategy. The acquisition of the Old Town Paper Mill was a start.

This 130-year-old pulp mill had contributed about 500,000 dollars annually to the city's tax revenues. However, after the previous owner shut its doors for good in 2015, the mill sat empty for three years and most people in town expected it to be sold for scrap. The arrival of Ms. Zhang changed this situation.

Before she came to the city, local people didn't resurrect these mills; they got torn down or scrapped out. She and her company, Nine Dragons, came with a plan for the mill to produce 150,000 tons of paper pulp, which meant 130 new job opportunities. At the same time, the local government also hopes that her investment will indirectly bring other jobs back to the Old Town region. So she plays a huge role in revitalizing the local and state economy.

What makes Ms. Zhang different from the previous American owner is her promise that Nine Dragons will operate the mill for 100 years, long enough to employ generations of local residents. That means a huge change in local people's lives. Just like the mill motto, Old Town, New Beginning.

"People feel good that there's something happening here, that it's not empty anymore. And they're gonna see activity and trucks going in and out. I mean, I think that's a confidence builder for the community and who knows what other spinoff opportunities there will be," said Senator Angus King.

Not only in Maine, in fact, in 2018, ND Paper, a wholly owned subsidiary of Nine Dragons Paper Holdings, officially began negotiating to purchase North American pulp or paper mills, including Rumford, Maine, and Biron, Wisconsin. Later, the company also acquired a mill in Fairmount, West Virginia.

The move provides another side to the U.S.-China tariff conflict. "President Trump steered the United States into a trade war, bringing average tariffs on Chinese goods to 21.3 percent, up from 3.1 percent when he came into office," the New York Times noted. "Americans' opinions of China turned sharply negative, sliding to the lowest point since the Pew Research Center began recording them."

No doubt, due to the trade war, there are lots of challenges in the relationship between the two nations. However, there are also some international companies like Nine Dragons fighting for another kind of cooperation, offering hope.