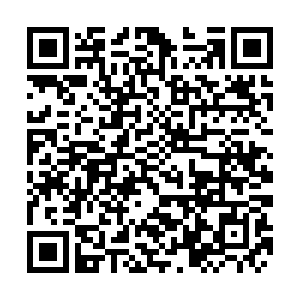 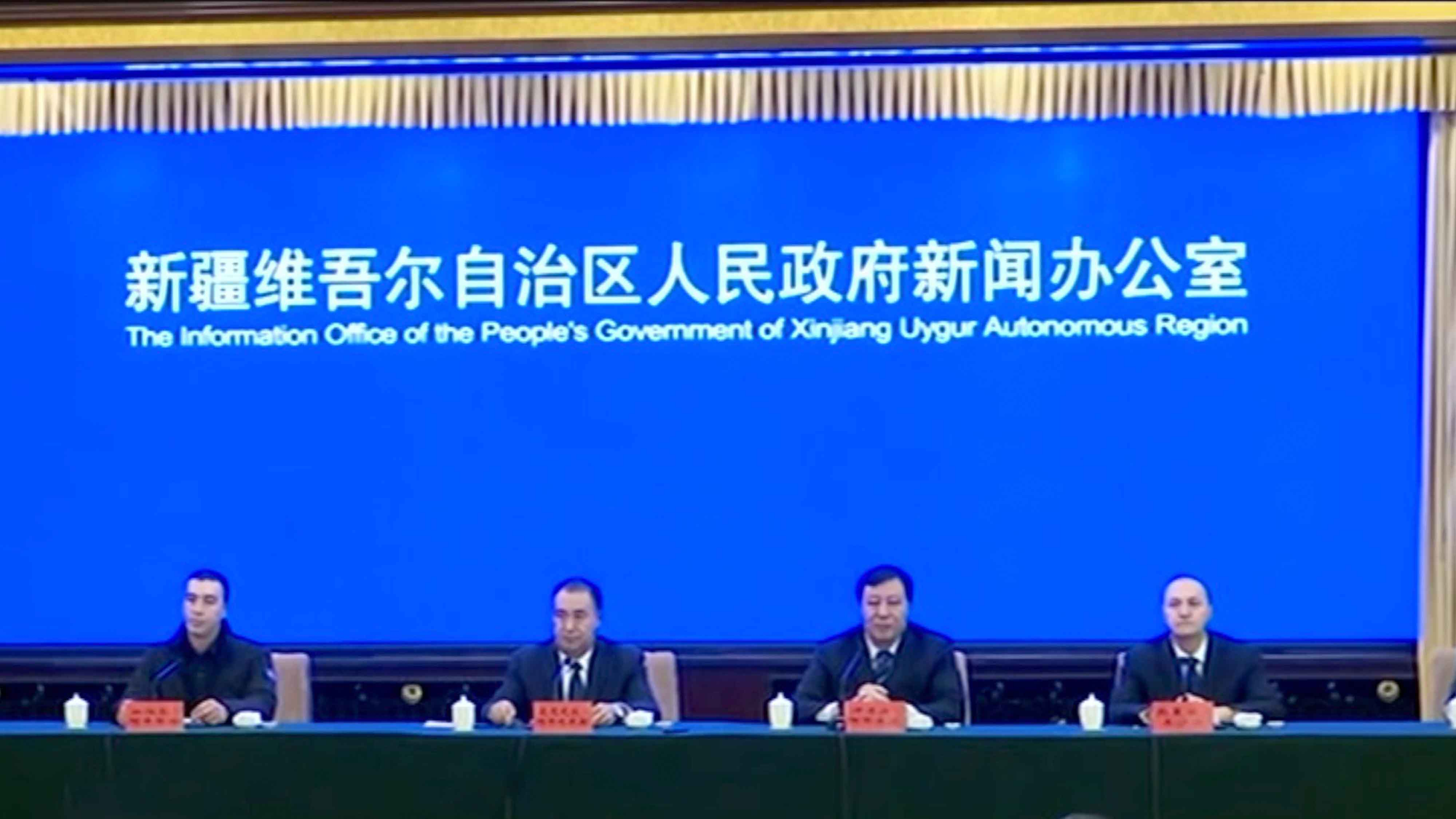 China's Xinjiang regional government has responded to rumors circulating online about various educational issues, including boarding schools and the teaching of standard spoken and written Chinese.

The regional authorities say that they invested over 80 billion yuan in education in 2019 and realized full coverage of the nine-year compulsory education.

According to official statistics, Xinjiang has a total of 12,757 schools for basic education, with 5.89 million students and 484,000 faculty members by the end of 2019. The gross enrollment rate of preschool education is 95.95 percent, and 99.9 percent of school-age children are enrolled in primary schools.

Officials say the measures the local government has taken to promote boarding schools are strictly in line with national laws and standards.

Jappar Abdulla, a parent who's children are in a boarding school, refutes allegations of "forced boarding."

"I don't have much time to take care of my children because I'm busy with my work and my home is far away from school. So my children are in a boarding school where they can get even better food than at home as the school provides delicious meals and after-meal fruits. Their dormitory is well-equipped, and the teachers are very responsible, too," the father said. "My children are very happy to go to school and their grades are improving."

Aside from promoting boarding schools, Xinjiang has also been promoting standard spoken and written Chinese language education as an important Chinese civil right. Meanwhile, education of ethnic language and culture is also guaranteed.

According to officials, mastering Mandarin enables local people to better adapt to modern society by helping them in their studies, employment prospects, communication and business operations.

The majority of students at school have improved their Mandarin skills and now help their parents in their dealings with Mandarin speakers.

With strengthened education of legal knowledge, officials say China will resolutely combat extremism-based crimes and infiltration of radicals on campuses, which will guarantee a favorable environment for ethnic minority children to grow healthily and happily.

Below are key questions and answers during the press conference.

Q: It is my understanding that the central government has required the comprehensive strengthening of boarding school development throughout the country. What has Xinjiang done in this regard?

Elijan Anayit said that it is prescribed in China's Law on Compulsory Education that the people's government at the county level should establish boarding schools according to local needs.

With the area's vast land, villages and townships are generally far away from one another, making it difficult for students to get to and from school, he added.

To address the problem, Xinjiang built 400 primary and middle boarding schools across the region as early as the 1980s.

According to Elijan Anayit, the faculty members are either recruited, trained, sent from inland provinces and municipalities which provide pair-up support to Xinjiang or are employed through the government. The operational funding of boarding schools is fully covered by the government.

The students in boarding schools can enjoy tuition waivers and free textbooks. Beyond that, they are also exempted from accommodation fees.

The spokesperson rejected a recent New York Times report which alleges that in boarding schools in Xinjiang, students were forcefully separated from their parents and suffered from trauma. He called it a "complete distortion of the facts" and asked the New York Times to clarify in which schools they witnessed the forced separation of students from their parents in Xinjiang.

Jiapar Abdula, a farmer in Bageqi town, Hotan County of Hotan Prefecture, shared his feelings as a parent sending his children to one of the boarding schools.

"I am busy with my work and my home is far away from school. Sometimes I do not even have time to cook, let alone help them with their homework," said Abdula. He said that when his children are at the boarding school, they can have even better food than at home. The dormitories are well-equipped and the teachers are responsible too. "

His children are happy to go to the school and their grades are improving, according to Abdula. On top of that, they eat and study at the school for free, which is a great benefit to his family.

Q: How often do the students go home? Can their parents visit them at any time?

Qedirdin Qahar, principal of a boarding school in Bageqi Town of Hotan County, said that students go to boarding schools on Monday morning, go home on Friday afternoon, and spend their weekends at home. They also go home on various holidays, and during summer and winter vacations. Whenever there is a need, students can ask for a leave and go home.

Telephones are installed in every dormitory building for the convenience of communication between parents and students. Students can call parents at any time.

Qahar said that the New York Times reporters, who penned the piece alleging that parents lose contact with their children in the boarding schools, never asked to go into a school or attempted to interview any of the school's authorities. It is irresponsible for them to say that the schools are "heavily guarded, and outsiders are forbidden to go in" when they did not even attempt to go inside the school. 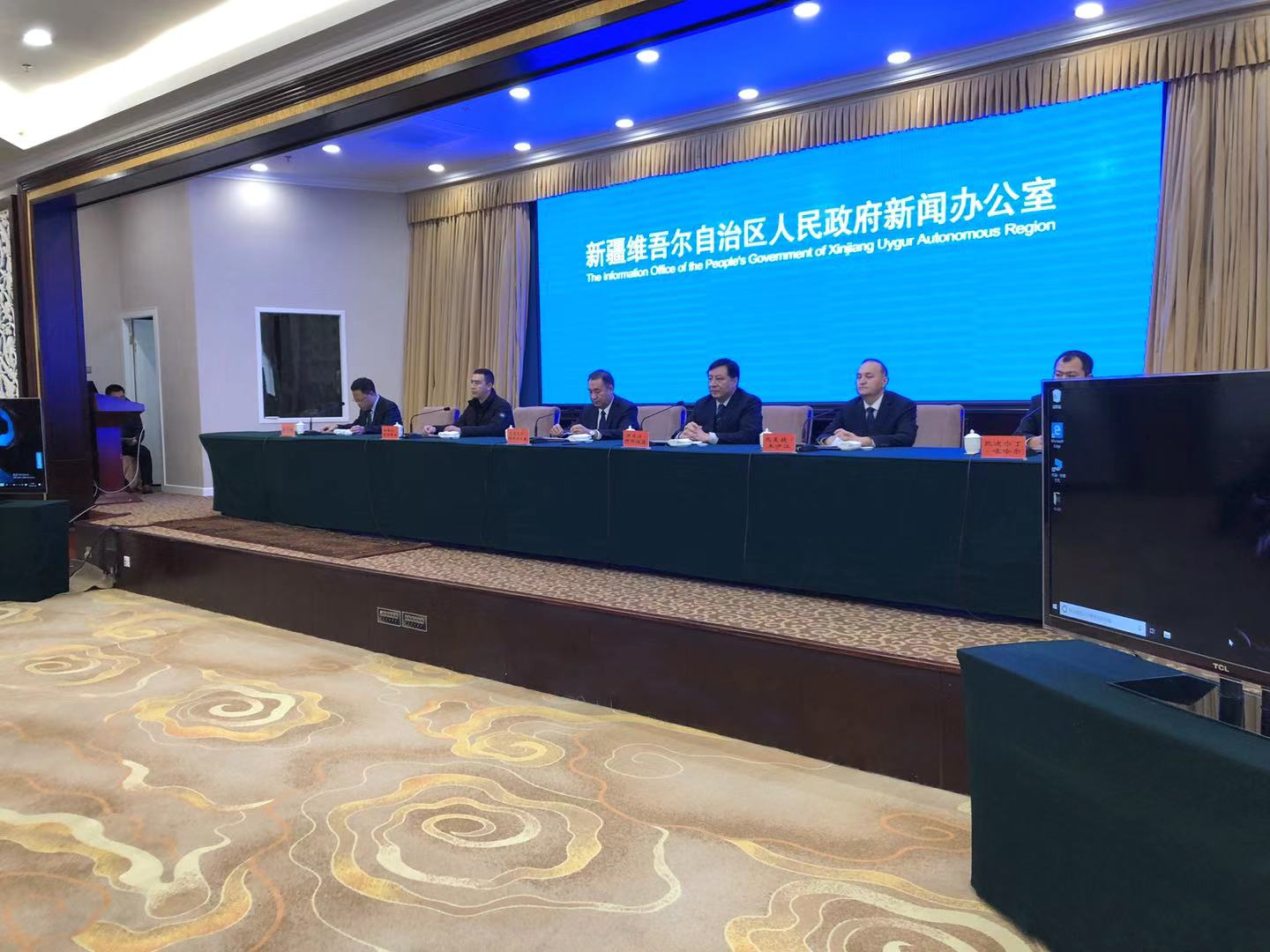 At the press conference on education in Xinjiang, January 20, 2020. /CGTN Photo

At the press conference on education in Xinjiang, January 20, 2020. /CGTN Photo

Q: It is understood that Xinjiang has promoted the teaching of a standard spoken and written language. What is your consideration behind this? And what achievements have you got?

China's law stipulates that all Chinese citizens have the right to learn and use standard Chinese language, and the state should provide them the conditions to do so, said Enwer Ablimit, chief of Kashgar Bureau of Education.

Ablimit said that learning the country's common language facilitates communication and integration of locals into modern society. He refuted U.S. media reports alleging that the promotion of Chinese language is to "replace Uygur with Chinese."

Thanks to these efforts by Xinjiang's schools, many students are able to help their parents communicate with the outside world, thus removing the language barrier, Ablimit added.

Xinjiang also protects the right of the ethnic minority students to learn their own languages, as teaching of ethnic minority languages, including Uygur, Kazak, Kirgiz, Mongol, Xibe, is provided in primary and middle schools, the education official said.

Q: It is reported that four little children either drowned and got burned due to the absence of their parents who were "detained" in the "re-education camps" by local government. Is this true?

Rishat Musajan, mayor of Hotan City, said these are fabricated stories. Journalists had visited the related families and found out the facts.

He said the first boy's name was Rehemutula Xirewak and his parents were never been detained. At the time the boy drowned, his father was renovating their own house and his mother was out. The boy was playing by himself and wandered away. He later accidentally fell into the water and drowned.

Regarding the second boy, he said the boy was lost after he was left alone by his parents, who were not detained at the time. After finding out that their son was lost, they called the police immediately and the local police organized the villagers to find the boy. His body was eventually found under the ice of a water channel. It turned out that the boy fell into water while playing alone.

The third girl burned her face accidentally after the boiling water in a kettle poured onto her face when she was playing in the room and knocked the stove. After learning of the incident, the local government officials applied for special assistance funding for the girl's family and local villagers also raised money for her medical treatment. The girl has returned to school after treatment.

The story of the fourth boy, according to the mayor, is "totally made up." He told reporters that no child drowned in the Yarkant River in August 2018.

Q: It is reported that Meryem Sultan, who was granted the Lin Zhao Memorial Award in 2019, released information about her mother's detention and her grandmother's death in a vocational education and training center. Is the information true?

The spokesperson said Chinese journalists had interviewed Maieryanmu's mother, Ayigul Sulitang, who said that she has been living a normal life and Maieryanmu's grandmother, Kanjihan Apiz, had never been detained in any vocational education and training center. She died of illness on January 27, 2019.

The mother also said she contacted her daughter many times, which contradicts Maieryanmu's claim on social media that she has lost contact with her family for more than 1,000 days. The mother now hopes that her daughter will not be deluded and used by "evil forces," by which she means the organizations such as the World Uyghur Congress and the East Turkistan Islamic Movement.

The spokesperson also mentioned the "lost contact" activities on Facebook, through which some overseas native people of Xinjiang posted notices looking for their missing relatives and friends. He clarified that the so-called "missing persons" are actually living a normal and peaceful life in Xinjiang.