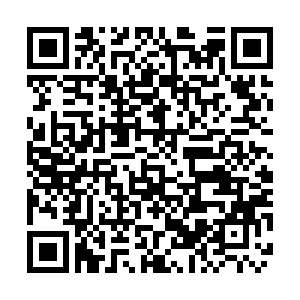 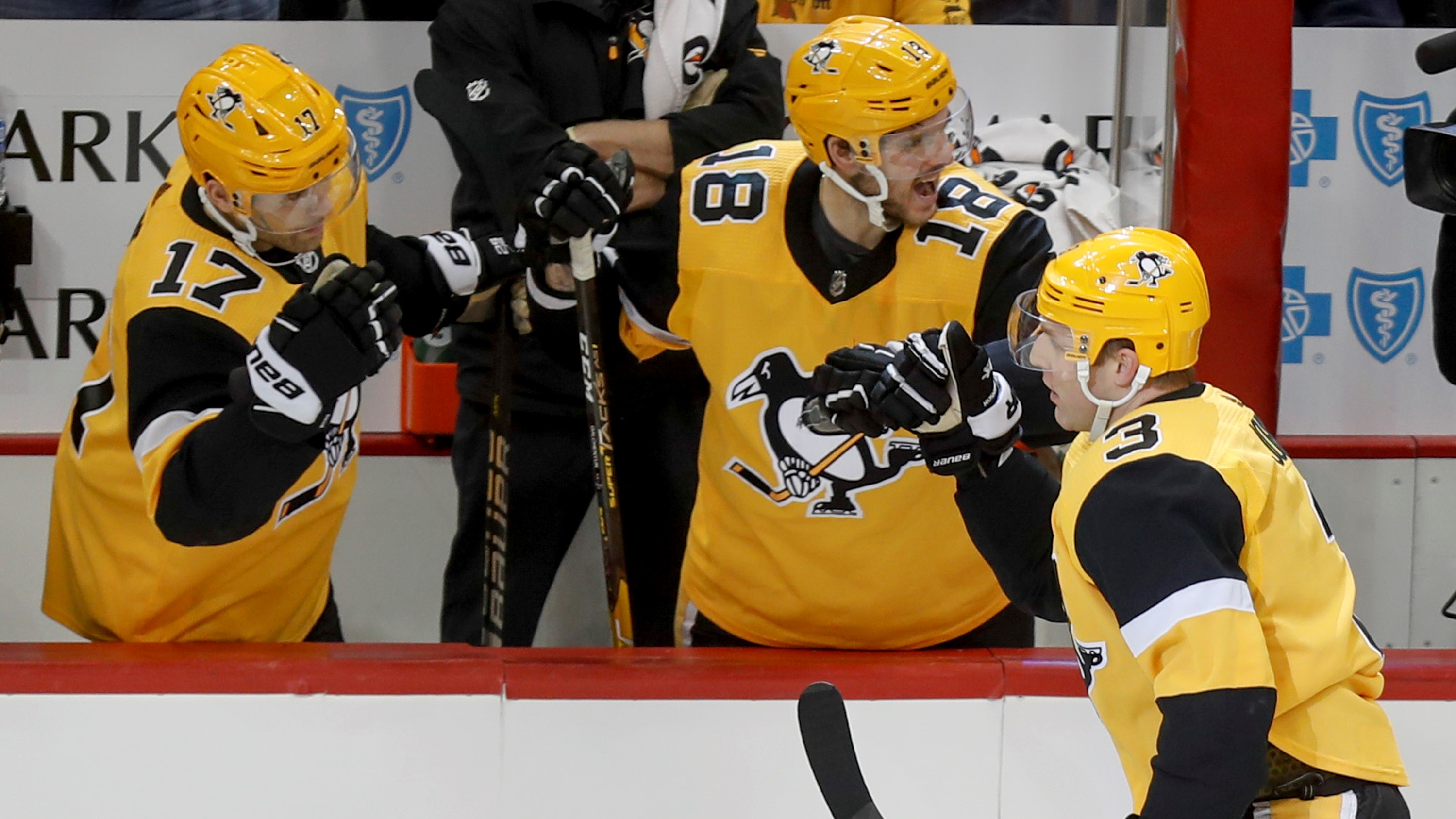 Jack Johnson #3 of the Pittsburgh Penguins celebrates with his teammates after scoring a goal in the game against the Boston Bruins at the PPG Paints Arena in Pittsburgh, Pennsylvania, January 19, 2020. /AP Photo

Jack Johnson #3 of the Pittsburgh Penguins celebrates with his teammates after scoring a goal in the game against the Boston Bruins at the PPG Paints Arena in Pittsburgh, Pennsylvania, January 19, 2020. /AP Photo

Jack Johnson's goal into his own net was one of the low points of a forgettable first period for the Pittsburgh Penguins.

Johnson and Bryan Rust scored third-period goals as Pittsburgh rallied to defeat the Boston Bruins 4-3 on Sunday. Pittsburgh came back from a three-goal deficit for the third time this season. It's the second time in franchise history – 2008-09 was the first – that the Penguins have had three three-goal comebacks in a season.

"Getting down 3-0 isn't what we had in mind,'' Johnson said. "We've been able to come back before, but that's not a recipe for success."

Dominik Simon and Teddy Blueger also scored for the Penguins, who have won six of their last seven games.

Sidney Crosby has points in four straight games since returning from core muscle surgery. Crosby, who had two assists on Sunday, has three goals and eight points after missing the previous 28 games.

Matt Murray rebounded from a shaky start to make 34 saves for Pittsburgh. Murray, who won his fifth straight game, made consecutive starts for the first time since November.

"We didn't say a whole lot," Penguins coach Mike Sullivan said of his team's poor start. "I just didn't feel it was necessary to state the obvious that we didn't have the start that we wanted. I did say that we had a lot of hockey left and we had to respond the right way."

David Pastrnak scored his 37th goal, and Patrice Bergeron scored his 21st and Anders Bjork his eighth for Boston. Jaroslav Halak made 18 saves for the Bruins, who are winless in their last six visits to Pittsburgh

Pastrnak gave the Bruins a 3-0 lead at 15:07 of the first period, when he sent the puck to the front of the net, and it went in off Johnson's stick.

It was just the second time since 2010-11 that the Bruins lost in regulation after leading by three or more goals. Boston was 200-1-6 in that scenario, with the lone loss coming April 4, 2011, when the Bruins scored the first three goals before the New York Rangers scored the next five unanswered.

Johnson tied this game at 3 with a short-handed goal 1:41 into the third. He beat Halak to the blocker side with a slap shot from the top of the circle.

Rust gave Pittsburgh a 4-3 lead when he scored his 21st goal of the season at 12:35 of the third. Evgeni Malkin's pass from behind the net set up Rust in the slot.

"I was just trying to get into the slot and be ready for it, and (Malkin) put it right on my tape," Rust said.

The two teams met for the second time in four days. The Bruins won the first two games of the season series, both in Boston. Pittsburgh scored 24 seconds into the game on Thursday, but the Bruins responded with four straight goals.

Boston scored twice in the first 2:02 on Sunday.

Bergeron scored 11 seconds in, three seconds shy of the fastest goal to open a regular-season game by a Bruins player. Bjork netted the Bruins' second goal when he beat Murray with a glove-side wrist shot from the slot.

Simon made it 3-1 when he scored 1:37 after Boston's third goal. Blueger cut the Bruins' lead to 3-2 when he scored 33 seconds into the second – off a between-the-legs pass from Crosby.