Is Libya waiting for the Syrian scenario?
Seymur Mammadov 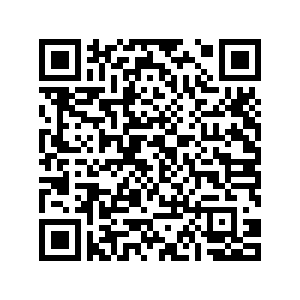 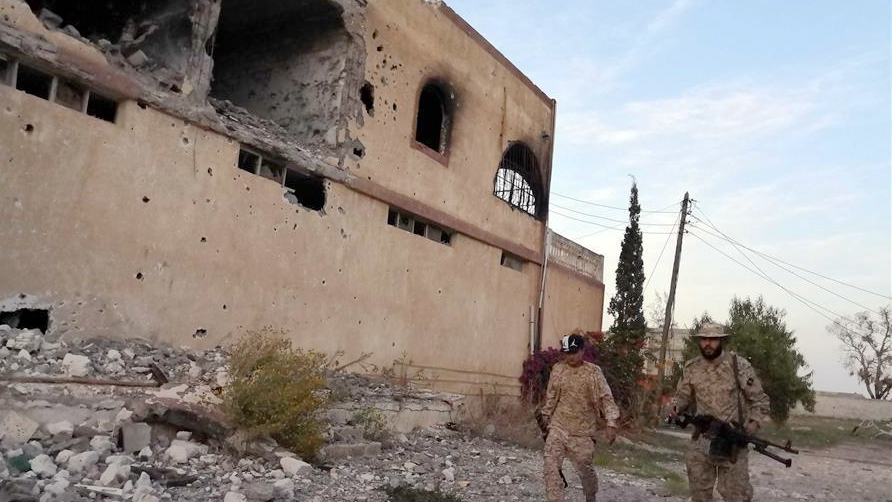 Fighters of the UN-backed government forces of Libya are seen in south of Tripoli, December 2, 2019. /Xinhua Photo

Fighters of the UN-backed government forces of Libya are seen in south of Tripoli, December 2, 2019. /Xinhua Photo

Editor's note: Seymur Mammadov is the director of the international expert club EurAsiaAz and editor-in-chief of Azerbaijan's news agency Vzglyad.az. The article reflects the author's opinions and not necessarily the views of CGTN.

Berlin hosted an international conference on Libya on January 19, which was attended by the leaders of Russia, Germany, France, the UK, Turkey and Egypt as well as the UN secretary general, the head of the European Commission and representatives of other international organizations.

Following the conference, the parties agreed on a document providing for the solution of a number of problems in Libya. The parties agreed on the cessation of hostilities and that conference participants will abide by the arms embargo on the country. The final document even states that countries will not intervene in armed conflict in or internal affairs of Libya. Moreover, the conference participants proposed the creation of a mechanism for the economic recovery of Libya under the control of the "future unified government."

The fact that the agreements reached will be successfully implemented is in doubt, with the possible exception of a ceasefire agreement. However, it is unlikely to be observed for a long time for the reason that the heads of the warring Libyan groups themselves did not participate in the conference.

Moreover, according to recent reports, the commander of the Libyan National Army (LNA), Khalifa Haftar, refused to sign a ceasefire agreement at a Berlin conference. This is not surprising, since recently he has been winning the war, controlling most of the territory, and is not going to refuse the gifts that the military fortune presented him.

The Libyan civil war is fought between the internationally recognized government of national salvation in Tripoli, led by Faiz Saraj, and the LNA, led by Khalifa Haftar. In recent months, Haftar's troops have approached Tripoli and are threatening to take over the city, ending the local administration. Many countries support various parties to the conflict.

They are attracted by Libyan oil wealth, the ability to control a country that is a sea gate to Europe and a transit point for refugees in EU countries, as well as the possibility of using Libya for further economic and military-political penetration into Africa. Turkey supports the Libyan government of the National Accord, while Egypt, Saudi Arabia, the United Arab Emirates and France are on the side of Haftar. 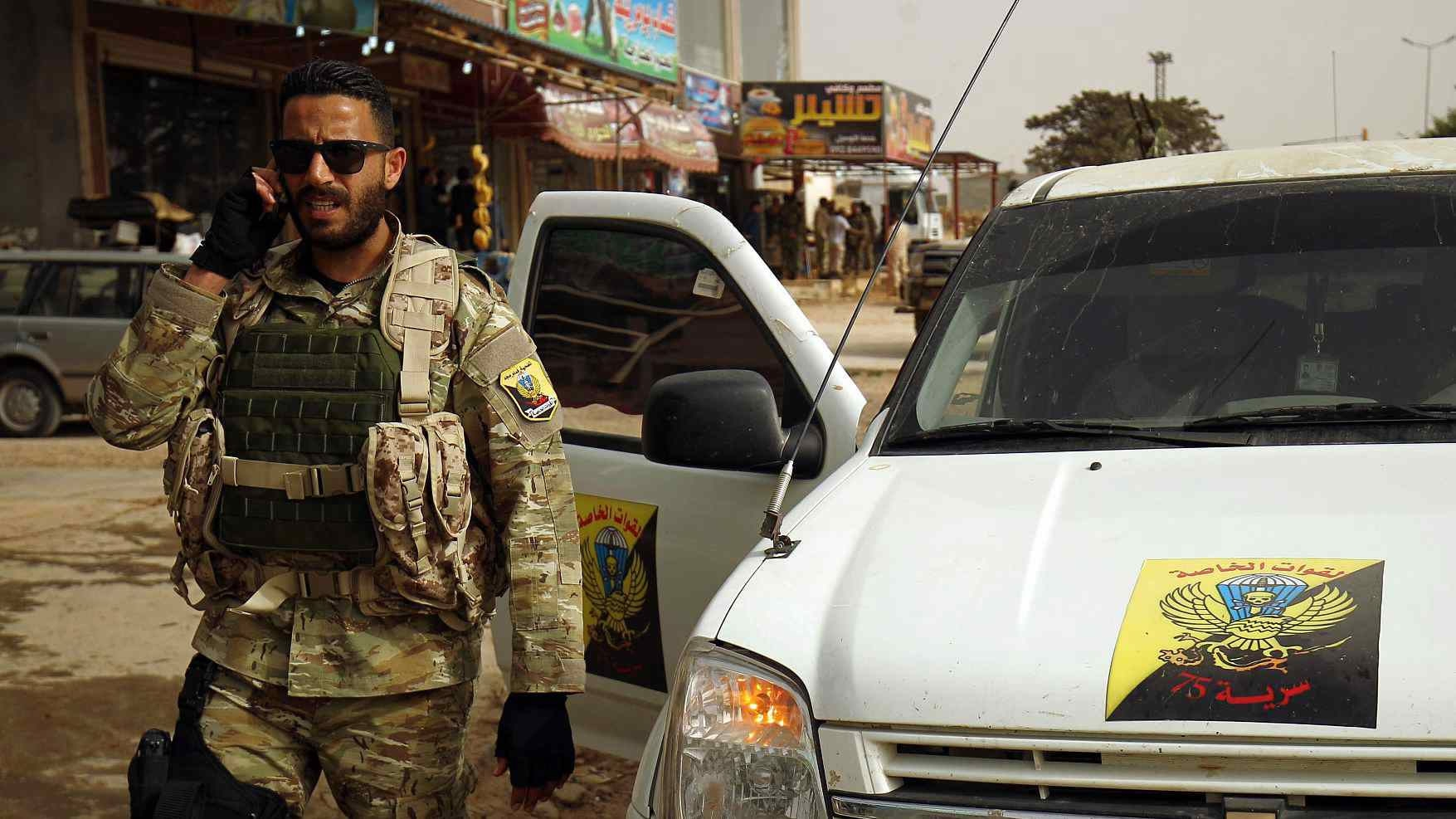 A Libyan fighter gathers near the coastal city of Derna, April 14, 2018. /VCG Photo

A Libyan fighter gathers near the coastal city of Derna, April 14, 2018. /VCG Photo

For Russia, given the tense situation in Syria, the close attention from the EU and the U.S., the extreme complexity of Libyan affairs, Kremlin is not yet ready to openly take the side of Haftar, therefore, behaves more carefully and takes a wait and see attitude. Therefore, close cooperation with Cairo, which shares many of Kremlin's views on the future of Libya, may become Russia's first step in this direction.

Speaking of Turkey, costly military expeditions to overseas countries are not very popular amid the ongoing undesirable processes in the Turkish economy. There is a decrease in lira against dollar, inflation, etc. But despite these factors, Turkey's Syrian operations against the Kurds are supported by the vast majority of the population, and it is possible that these operations may intensify before the next election.

But as for Libya, the picture is completely different – this operation of President Recep Tayyip Erdogan is supported by less than half of the Turkish population, and the opposition strongly criticizes it. Given the defeat of the Turkish leader and his Justice and Development Party in the municipal elections in the spring of 2019, Erdogan is cautious about the Libyan issue. He constantly emphasizes that the Turkish troops arriving in Tripoli will not participate in hostilities, but only intend to train local fighters loyal to the Saraj government in Tripoli.

Another huge Middle Eastern state involved in the Libyan conflict is Egypt. The head of this state, Abdel Fattah al-Sisi, has many internal problems. Dissatisfaction with corruption is growing in the country, and there is tension within the army due to disagreements over state policy, and dissatisfaction against the administration. The Egyptian president is interested in stability in Libya and an end to the constant attacks of terrorists.

It is also important that these three states, involved in the Libyan conflict on different sides, intend to avoid direct confrontation with each other. In a big war, the consequences of which are unpredictable, no one is interested.

For all these reasons, the following picture looms. It is unlikely that the truce in Libya will last long, and certainly, no interference of foreign states in its affairs will stop. However, countries involved in the Libyan conflict will carefully avoid clashing with each other. After all, no one refused a hybrid war. Therefore, countries on the side of Libyan General Haftar can support their ally with arms transfers and the sending of mercenaries. And the UN-supported government of the National Accord seems to be getting its help.

Nevertheless, although the danger of a large-scale imperialist war over Libya is not great, it still exists. There is always some danger of exchange of blows and escalation.