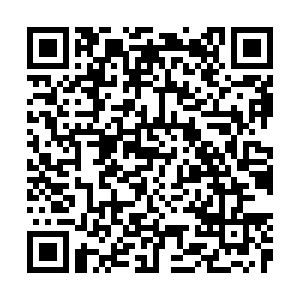 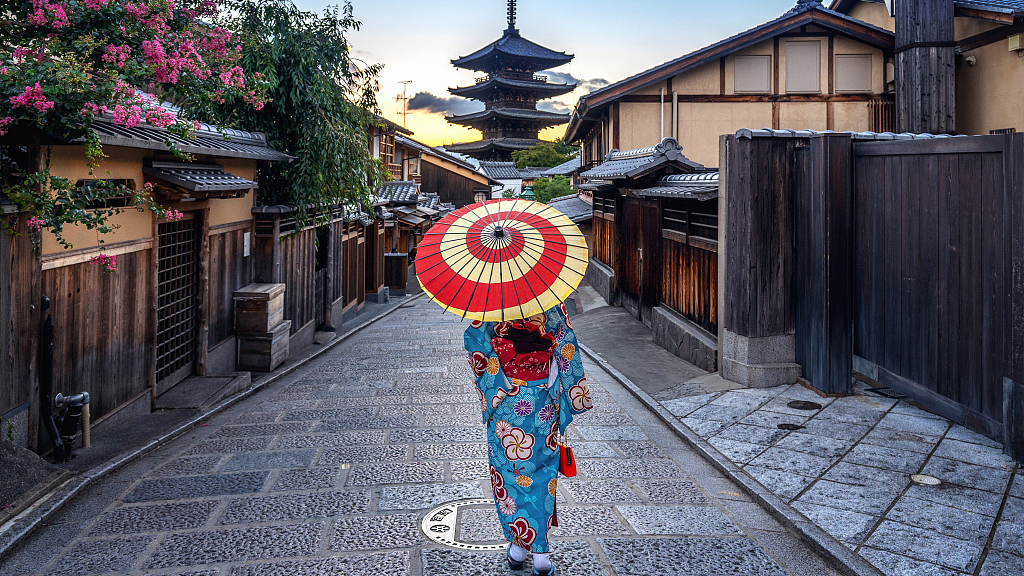 Japan ranked first on the list of popular overseas destinations for Chinese tourists in 2019, snatching the top spot from Thailand. More travelers from China are planning their trips to the neighboring country, encouraged by a simplified visa application and expansion of direct flights.

On Ctrip, Chinese tourists are applying for visas to Japan more than anywhere else in the world, according to the 2019 Online Visa (Japan) Application Report released by the online provider of travel services.

More than a quarter of visa orders placed through Ctrip were for Japan with the number of applicants increasing by 28 percent year on year. Among those, the number of multiple visas increased by 87 percent. 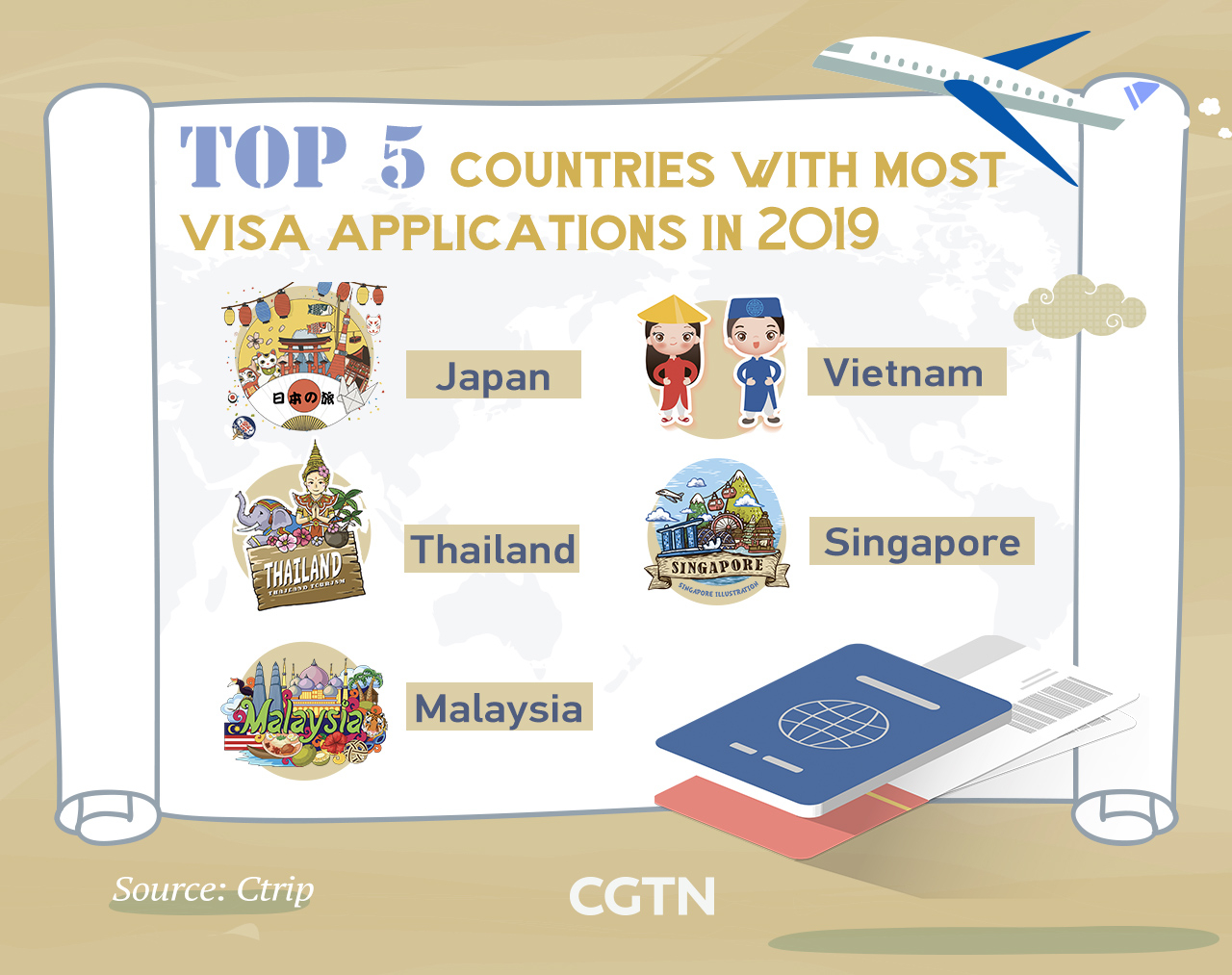 Data from the Japan National Tourism Organization (JNTO) shows that between January and October 2019, the number of tourists from the Chinese mainland to Japan exceeded 8.13 million, up 13.5 percent year on year. Ctrip expects more than 9 million Chinese visitors to Japan this year. 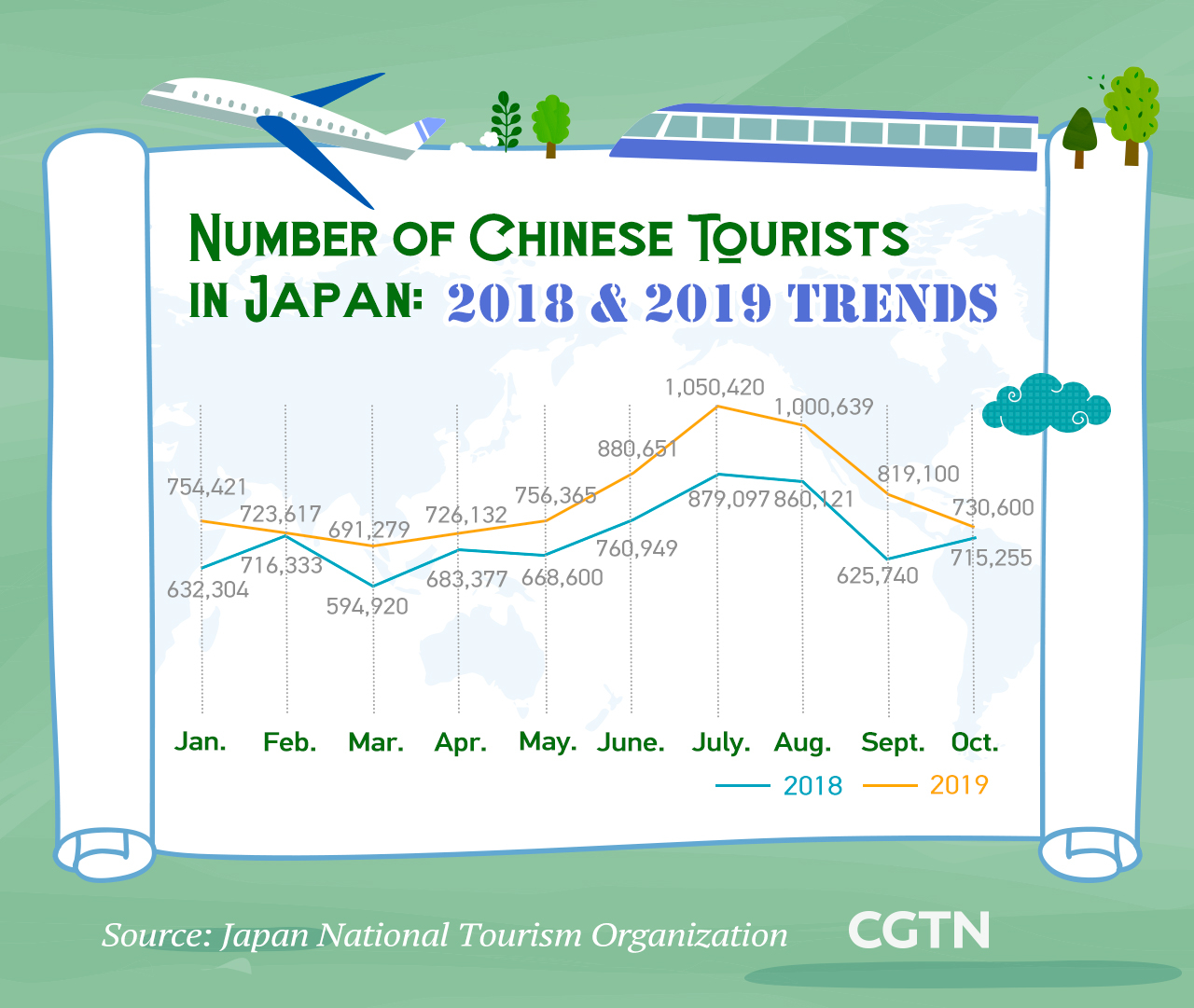 Japan is an appealing destination for Chinese travelers throughout the year. Ctrip analyzed the travel products Japan-bound Chinese travelers were booking, and ranked the different activities they experience there. Checking out the cherry blossoms and maple leafs ranked first and second, followed by enjoying hot springs and hitting the slopes for skiing. Trying on kimonos and sampling sushi are also gaining momentum.

Tourists want to experience the local culture and flavors, and aren't as attracted to sightseeing or shopping as before.

Because of convenience and safety reasons, Japan has become the most preferred destination for family trips. One third of travelers applying for Japanese visas on Ctrip were for family travels.

According to Ctrip, Japan is attracting young Chinese tourists. Travelers in their 30s account for 34 percent of the total, while those in their 20s make up 20 percent. Twenty-four percent travel alone, 18 percent with their partners and 16 percent with partners. Nine percent accompany their parents.

When it comes to the most popular cities for travelers, Osaka, Tokyo, Okinawa, Sapporo, Nagoya are the most attractive. However, countryside destinations have become more appealing in recent years. Takamatsu, Kobe, Saga, Sendai and Sapporo are the fastest growing markets for Chinese tourists. 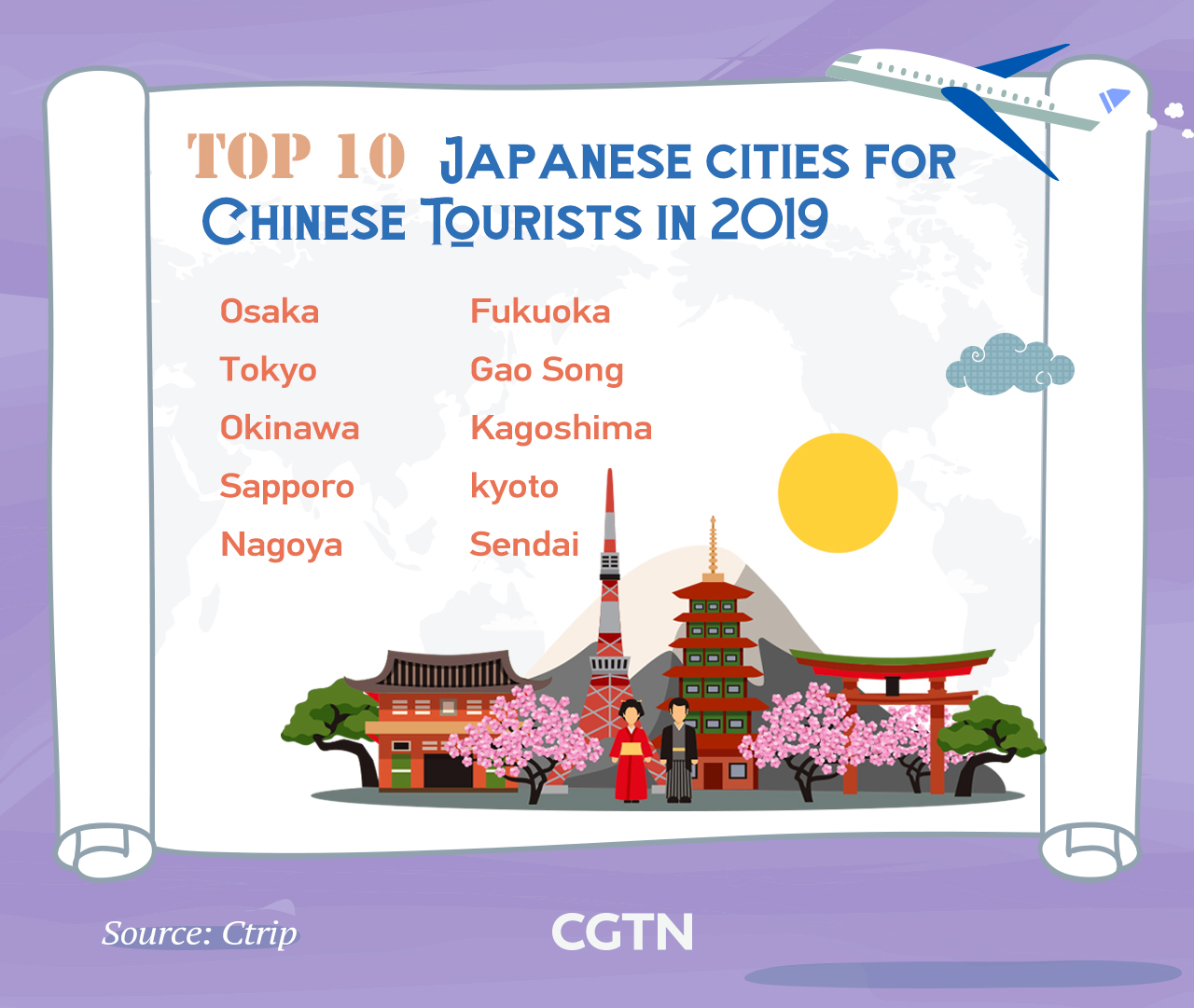 Popular for a reason

Since January 1, 2019, Japan has further simplified the visa application for Chinese tourists. Undergraduates, graduates and former students within three years of graduation can apply for tourist visas without asset qualifications, but must provide certificates of academic qualifications. 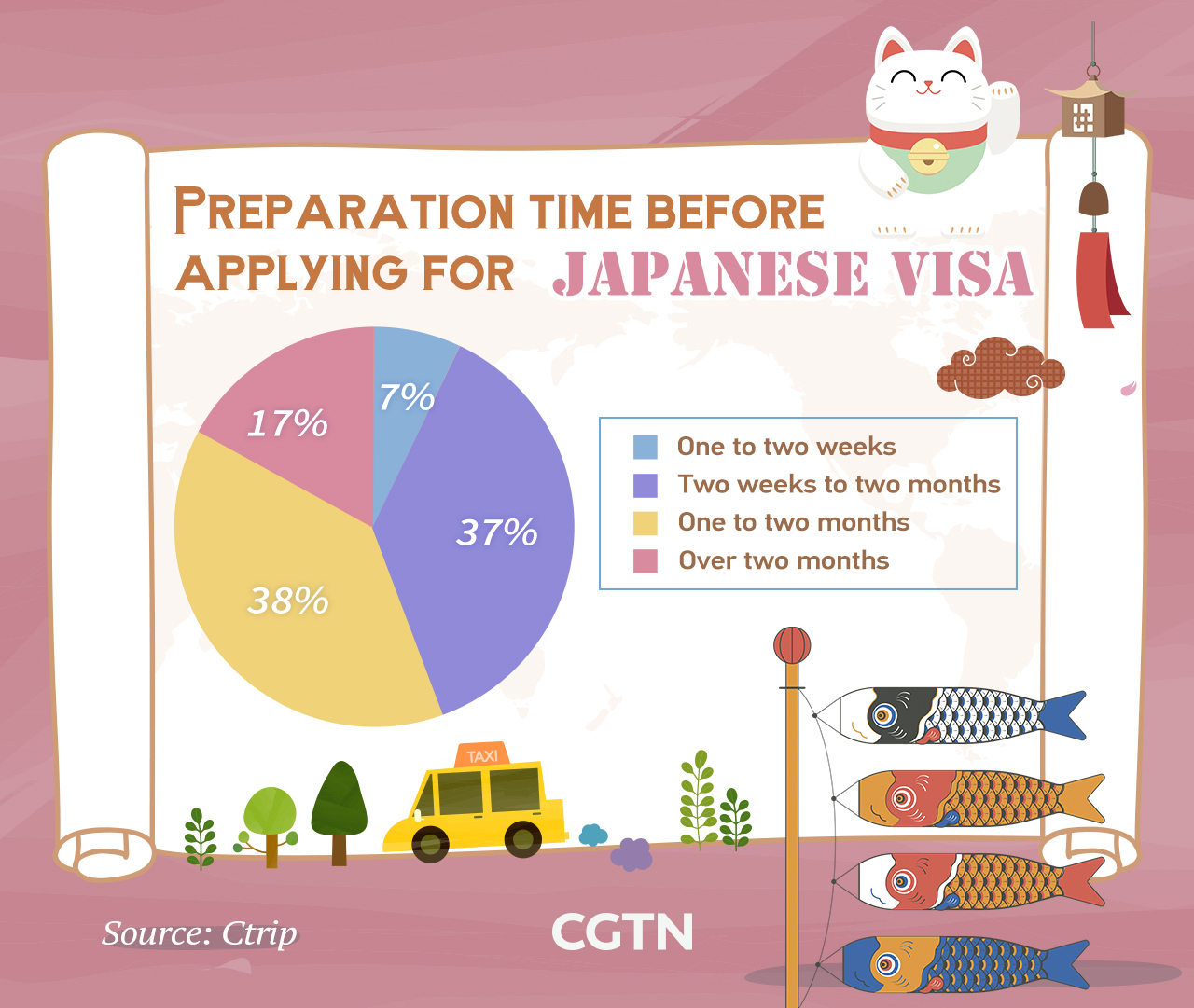 The second reason is convenience in transportation. According to statistics by the Japanese Ministry of Land, Infrastructure, Transport and Tourism, there were 1,406 regular flights connecting Japan and China in the winter of 2019, an increase of 224 over the summer. Among Japan's international routes, Chinese routes account for 27 percent. Second and third-tier cities in China including Nanjing, Xi'an, Hefei, Ningbo, Haikou, Dalian and Chongqing have opened new routes to Tokyo, Osaka, Nagoya and other places, and Shanghai has opened new routes to small destinations such as Shenggang. 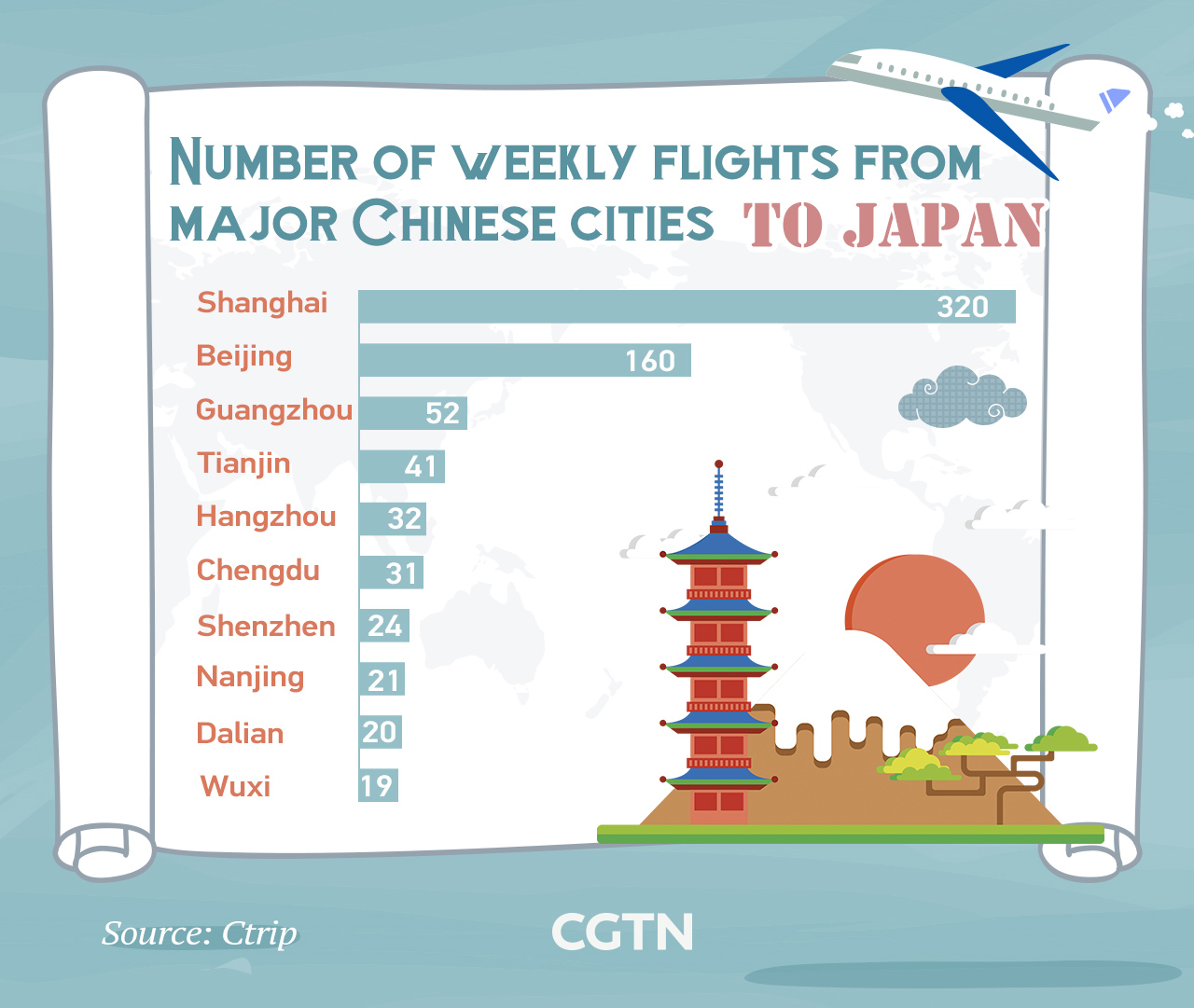