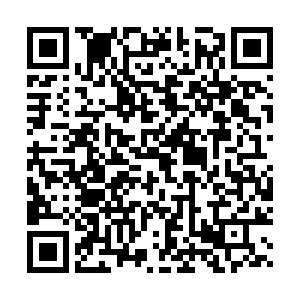 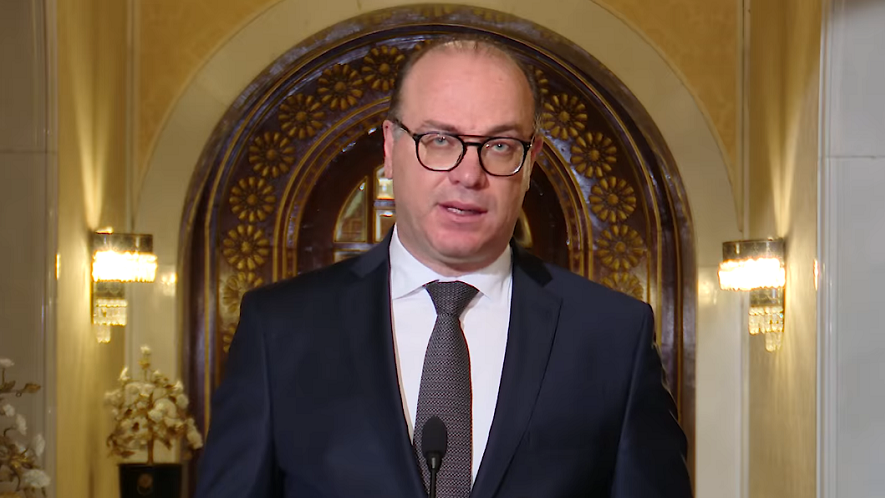 The crisis triggered earlier this month after the parliament rejected the government proposed by the previous prime minister-designated Habib Jemli backed by Islamist-inspired Ennahdha party.

Ennahdha emerged as the single largest party in last October's parliamentary elections but still far short of a majority. After months of deliberations, Jemli's proposed government wasn't able to muster the support of the required 109 members in the 217-seat parliament, with only 72 backing it in the vote of confidence on January 10.

Tunisia has had ten governments in the first eight years since the 2010-2011 uprising, but it was the first time that the parliament had failed to approve a proposed government.

While Jemli had previously served as a deputy minister of agriculture in the Ennahdha government of 2011, he and his cabinet were pushed as a government of independent technocrats to avoid political polarization and prevent parliamentarians from objecting to the government. The ploy, as is clear now, didn't work. Nearly no one, including Ennahdha, backed Jemli's cabinet nominees.

According to analysts, many in Ennahdha were annoyed that the party, despite having the most parliamentary seats, wasn't allowed to lead the government and therefore saw the move as a betrayal of the election mandate.

Meanwhile, other parties and members of parliament weren't convinced that Jemli and his cabinet were truly independent and saw it as a deceiving move by Ennahdha to press its members and allies in the government.

A daunting task ahead

While Fakhfakh's nomination on Monday brings an interim respite from the ongoing crisis, the new prime minister-designate has an equally daunting task of forming a cabinet within a month and subsequently gaining the approval of a divided parliament.

President Saied "on Monday mandated Mr. Elyes Fakhfakh with forming a government as soon as possible," according to an official presidential statement. 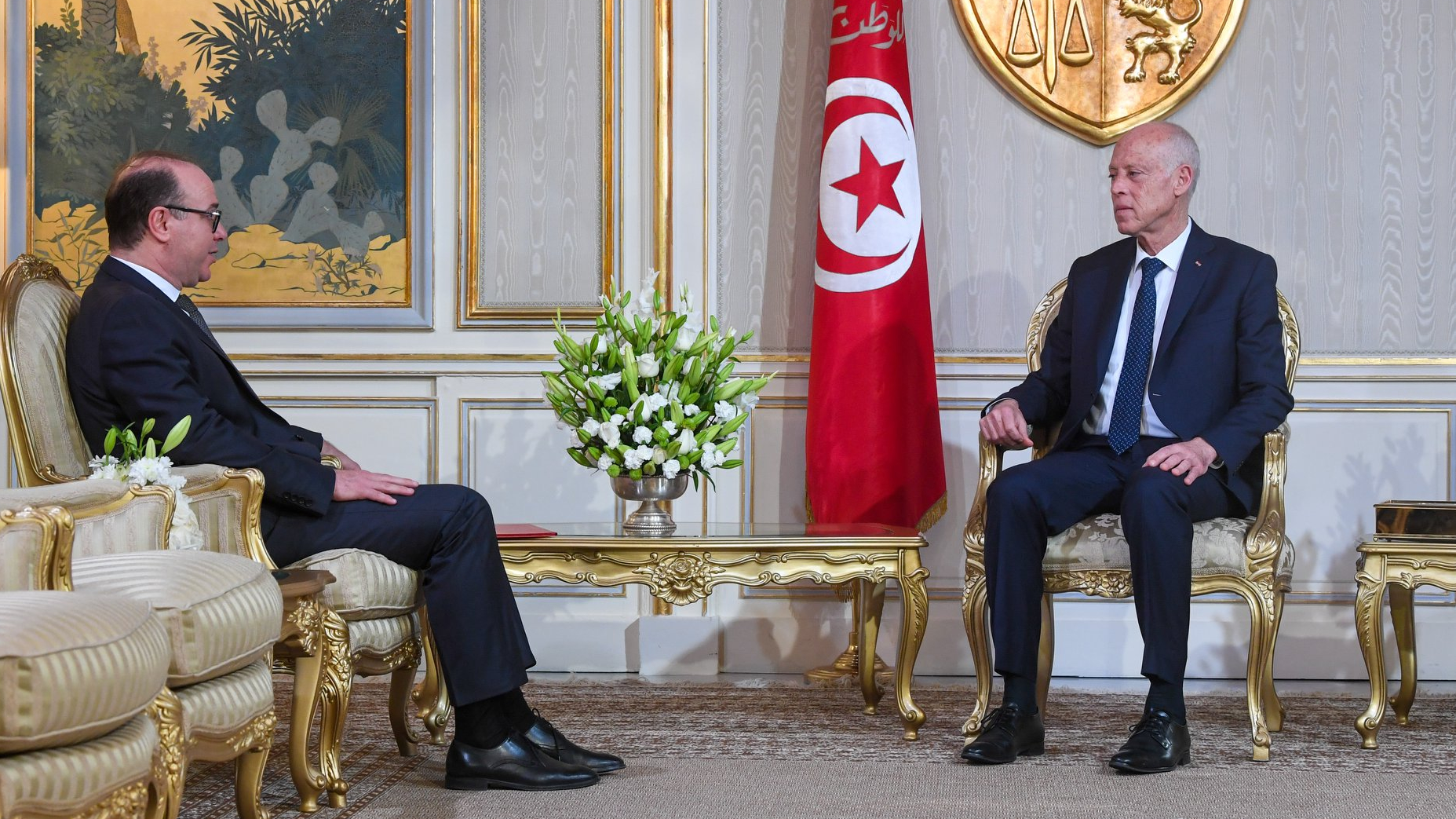 Fakhfakh describes himself as a social democrat and became involved in politics after Tunisia's 2011 revolution, joining the Ettakatol party, which had allied with Ennahdha. He also ran in the 2019 presidential election but only gained 0.34 percent of votes in the first round.

It is unclear what strategy Fakhfakh may employ in assembling a cabinet that shall avoid the fate of his predecessor's in the parliament. Jemli's experience has already shown that going for and "independent" government may not be as effective.

The party fears that the inability to form a government now, despite having the most seats, may lead additional voters to lose confidence in Ennahdha's ability to govern.

With Fakhfakh embarking on a new effort to cobble up a new government, Ennahdha will further be relegated to the uncomfortable position of being the single largest party but without any true power. This stark political reality is bound to play out in the parliament in the coming weeks. 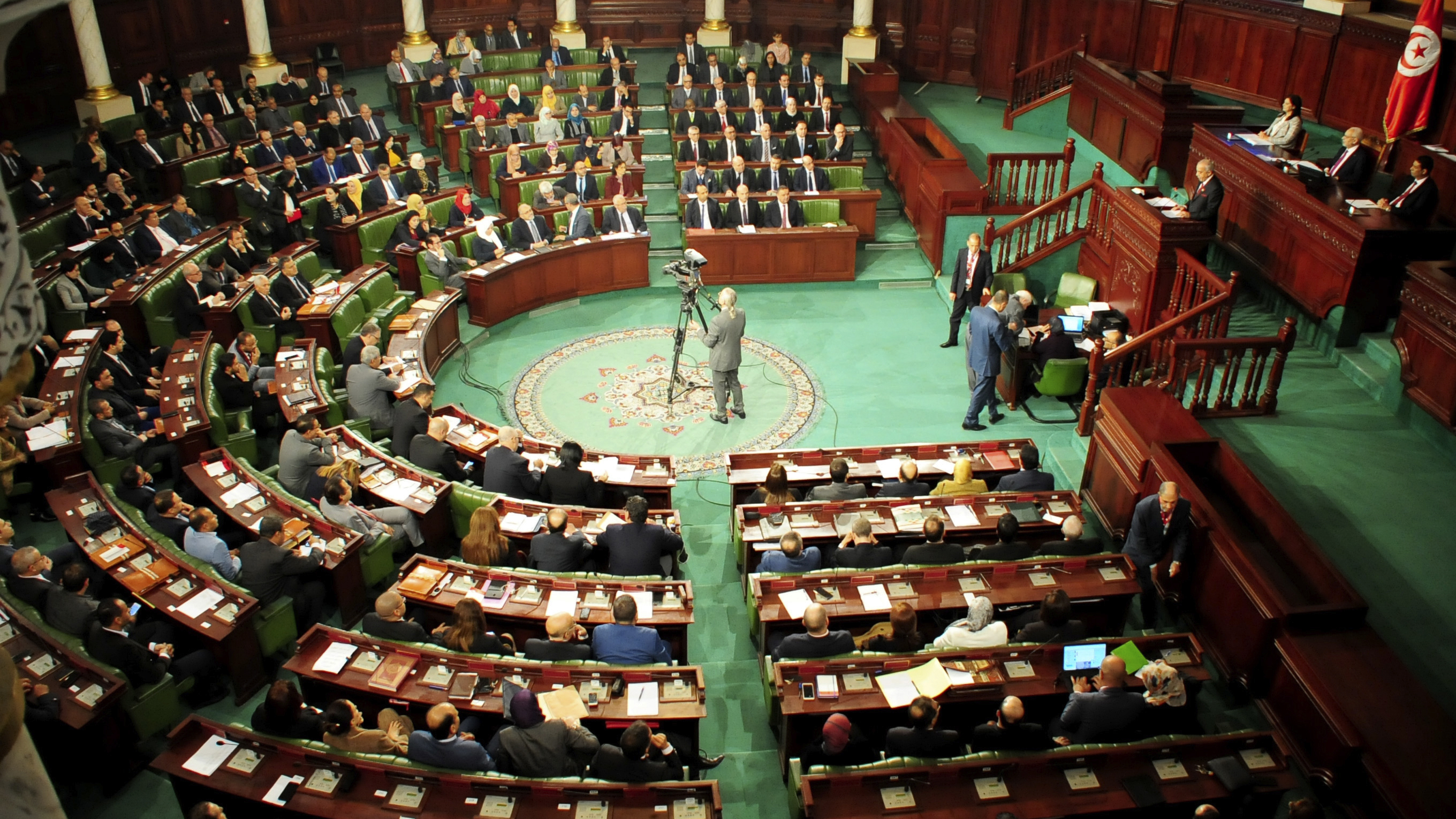 A general view of the Tunisian parliament in session, Tunis, January 10, 2020. /AP Photo

A general view of the Tunisian parliament in session, Tunis, January 10, 2020. /AP Photo

If Fakhfakh fails to form a government by February 20, the parliament will have to be dissolved, and Tunisia will be forced to hold new elections, further delaying the much needed governing process and throwing the already distressed country in further trouble.

The prospect of a new election is bound to put pressure on an already stretched national elections authority that is still recovering from the 2019 presidential and parliamentary elections.

A spot analysis of scholars by Carnegie Middle East Center noted that Tunisian voters might already be suffering from election fatigue, as seen in the dwindling turn out over the three separate elections last September and October. "They may not be interested in participating in another vote so soon," it stated.

Many analysts also believe that another parliamentary election may throw a similarly fractured mandate and therefore, may not be a useful exercise.

"The county has no threshold for entry into parliament, which resulted in a parliament made up of 31 different political parties or lists after the last elections," the Carnegie analysis pointed out.

"Without a change to the electoral law to raise the threshold, Tunisia is likely to have a very fractured legislature again. It would likely suffer the same difficulties in finding consensus over the government, leaving any prime minister-designate with a nearly impossible task of creating a government able to win the approval of enough of parliament's parties and lists," it added. 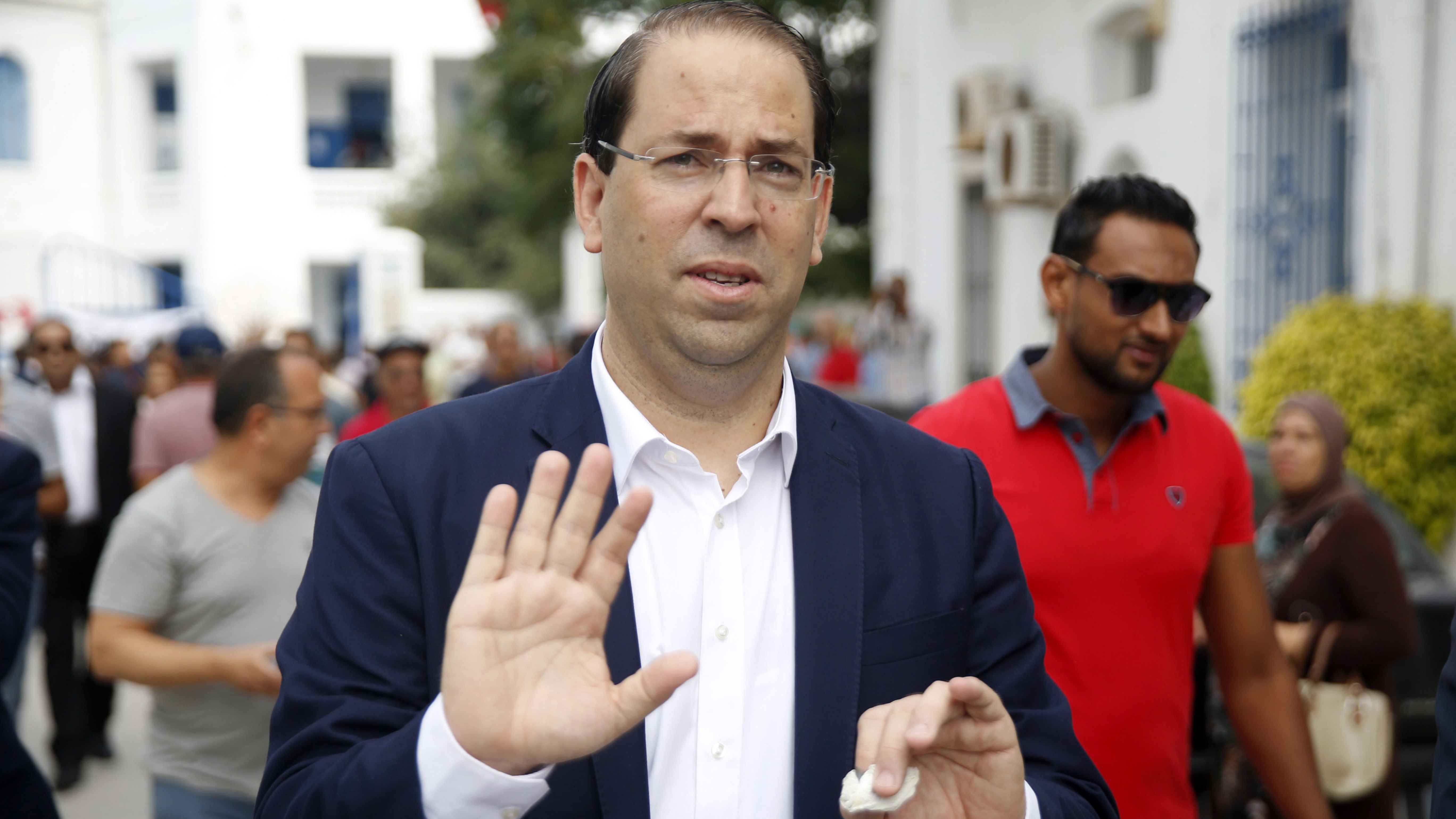 Tunisia is currently administered by the outgoing government of Prime Minister Youssef Chahed. Many crucial positions are vacant, pending the appointment of a new cabinet.

Amid the prevailing economic gloom, the country marked the ninth anniversary of the overthrow of long-ruling dictator Zine El Abidine Ben Ali on January 14.

The country is struggling to meet the expectations of its population, while an assistance package started by the International Monetary Fund in 2016 ends in April.

"Without a government, Tunisia is in a holding pattern, unable to make progress on crucial economic reforms that could address rising inflation, high rates of unemployment, and lagging economic growth," the Carnegie analysis stated.

"And although parliament is in place and able to perform its normal duties, the government formation process is likely to consume much of the members' time over the coming month, making it challenging to get any real legislative work done," it added.