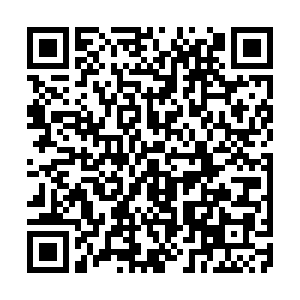 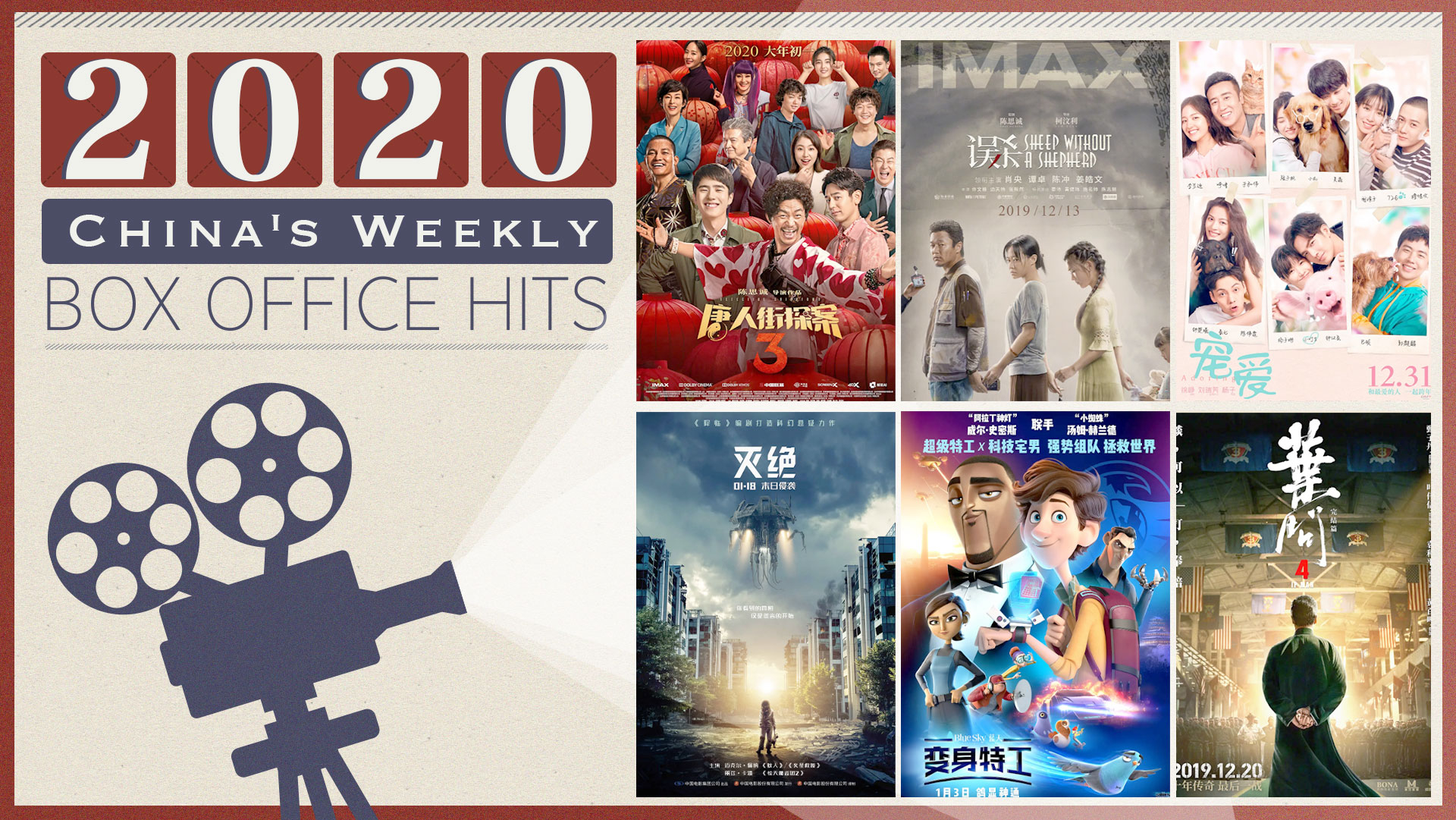 From January 13 to 19, the mainland film market closed at 491 million yuan, down 27 percent from the previous week's 673 million yuan.

This week is a weak period ahead of the New Year's film season, with released films such as "Sheep Without a Shepherd," "IP Man 4", and "Adoring" struggling to prop up the market. Seven films for the 2020 Spring Festival holiday started pre-sales at 12:00 a.m. (BJT) on January 18, and the pre-sale box office of "Detective Chinatown 3" exceeded 100 million yuan in 23 hours, setting a new record of 100 million yuan for Chinese films. 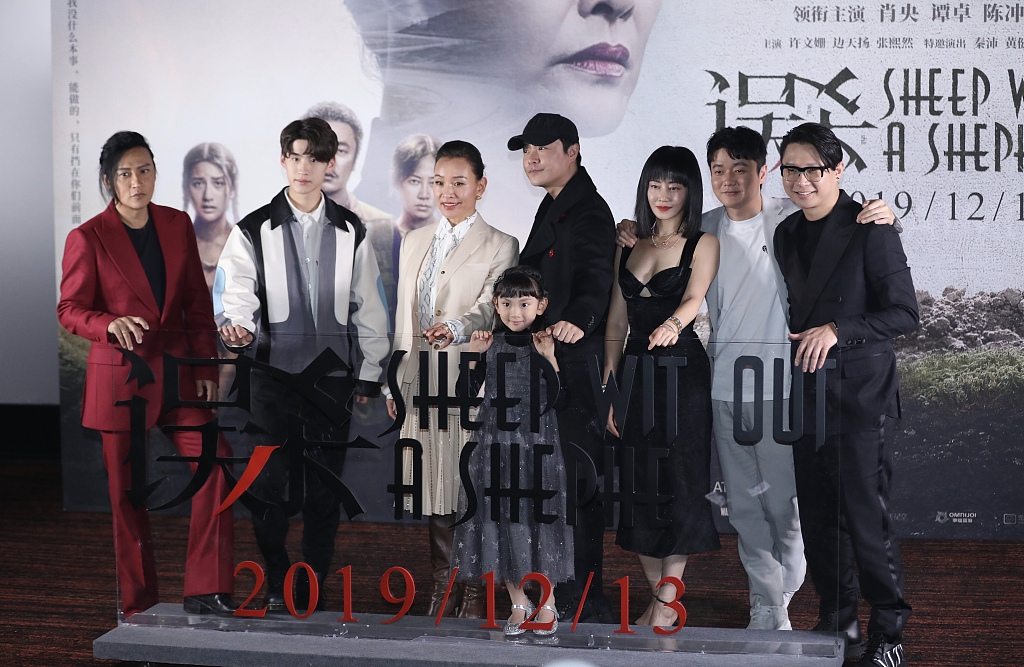 The premiere of the movie "Sheep Without a Shepherd" is held in Beijing, capital of China, December 10, 2019.

The premiere of the movie "Sheep Without a Shepherd" is held in Beijing, capital of China, December 10, 2019. 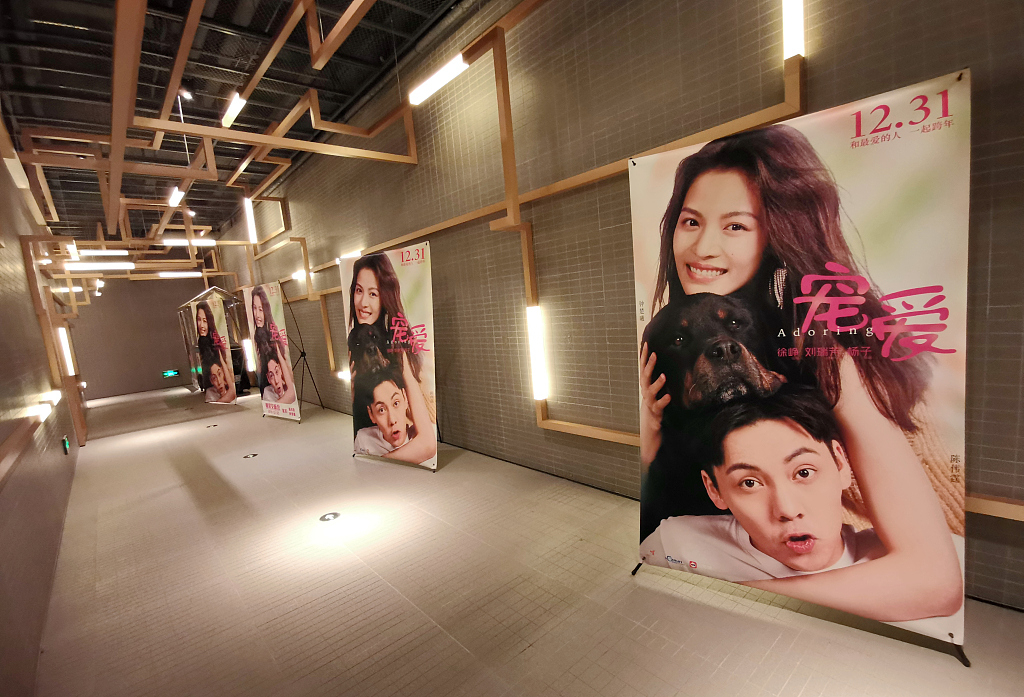 The roadshow for the movie "Adoring" in Wuhan, Hubei Province, December 23, 2019.

The roadshow for the movie "Adoring" in Wuhan, Hubei Province, December 23, 2019.

Last week's box office No. 1, "Adoring," saw a slight dip in its share of screenings, taking in 81.48 million yuan for a weekend total of 650 million yuan.

The science-fiction thriller "Extinction" has grossed 10.91 million yuan in its first three days in theaters. And the movie didn't set off the sci-fi craze it was supposed to.

This week, the Spring Festival film season that makes a person look forward to is close to coming, "Detective of Chinatown 3" "Vanguard" "The Rescue" "Legend of Deification" will be released on January 25 also is the first day of the lunar year.

"Lost in Russia," "Leap," and "Boonie Bears: The Wild Life" have been announced to open a day earlier to January 24, also the lunar New Year's Eve, which means the competition for the Spring Festival season starts ahead of schedule.