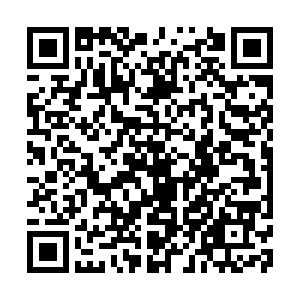 The central Chinese city of Wuhan is beefing up measures to curb the spread of the new coronavirus, which has infected nearly 300 people on the Chinese mainland and another four cases in Thailand, Japan and South Korea.

The Wuhan Municipal Health Commission has said local tourist groups are banned from traveling outside of the city and vehicles entering and leaving will be subject to spot checks.

Medical pay for all patients in both confirmed and suspected cases in Wuhan will be covered by the municipal government.

Local authorities will continue to exercise control over entry and exit into Huanan Seafood Wholesale Market, the suspected source of the novel coronavirus.

Since January 14, a total of 35 thermometer devices have been installed at airports, train stations, passenger docks as well as inter-city bus stations to check passenger temperatures. Staff are also equipped with around 300 handheld thermometers.

According to the local government, three designated hospitals in Wuhan have cleared 800 beds for affected patients and other hospitals will clear around 1,200 beds for any new patients.

As of Monday, 270 confirmed cases were reported from Hubei Province, accounting for nearly 93 percent of all confirmed cases. There are nearly 300 total cases in China, according to China's National Health Commission.

Hubei Provincial Governor Wang Xiaodong on Tuesday also called for all-out efforts in monitoring and preventing in the battle with new coronavirus.

In general, "Wuhan residents should not go out unless there's a special need, and for those outside (Wuhan), we suggest that they do not enter the city," said Wuhan Mayor Zhou Xianwang in an interview with CCTV.

Several airlines in China including Tianjin Airlines, Hainan Airlines and China Southern have responded to the mysterious virus spread with policies including full ticket refunds and flight rescheduling for passengers leaving Wuhan.

China State Railway Group Tuesday also announced that passengers, either leaving or arriving in Wuhan, can get a full ticket refund before January 24.

During a briefing on Tuesday, Chinese Ministry of Foreign Affairs spokesperson Geng Shuang reiterated China's stance that it will resolutely work to curb the spread of the epidemic and jointly work with the international community on the virus – the same statement made by Chinese President Xi Jinping on Monday.

(Cover: Travelers wear face masks as they walk outside of the Beijing Railway Station in Beijing, Monday, January 20, 2020./AP Photo)