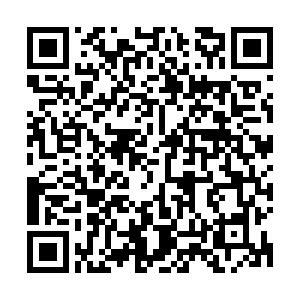 British TV host Piers Morgan on Tuesday shocked viewers and co-host Susanna Reid as he purportedly "mimicked" the Chinese language on Good Morning Britain, a breakfast show aired on the UK's ITV network, while discussing the topic of a British royal starring in a milk ad on Chinese TV.

The episode has sparked widespread outrage on social media with many accusing Morgan of racism and demanding authorities take punitive action against him.

In the video clip widely circulated on social media, Morgan is seen mumbling incoherent sounds, which he later claimed were his attempt at "mimicking" Chinese words from the milk ad that features Peter Philips, Queen Elizabeth's eldest grandson. 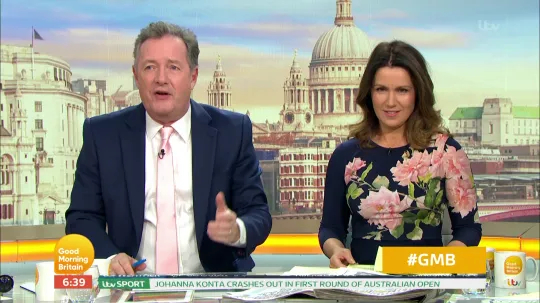 A visibly exasperated Reid protested in disagreement but Morgan remained defiant. "I don't know the Chinese for 'I only drink…' What's it called? Ching chang cho jo. I got it, I got it," he said.

"Taking the mickey out of foreign languages is rather 1970s," Reid admonished him but this didn't seem to have any effect on Morgan, who continued with his rant.

"Surely you can take the mickey out of it! He's using ching chang chong milk from the Chinese state – that's what they said in the advert!," he said.

"No, they're speaking Chinese!" she corrected him.

At one point Reid put her hand to her head in disbelief over Morgan's insolence.

While Philips has never held a royal title, in the commercials he is described as a "British Royal Family member" and can be seen posing with a glass of Jersey milk. 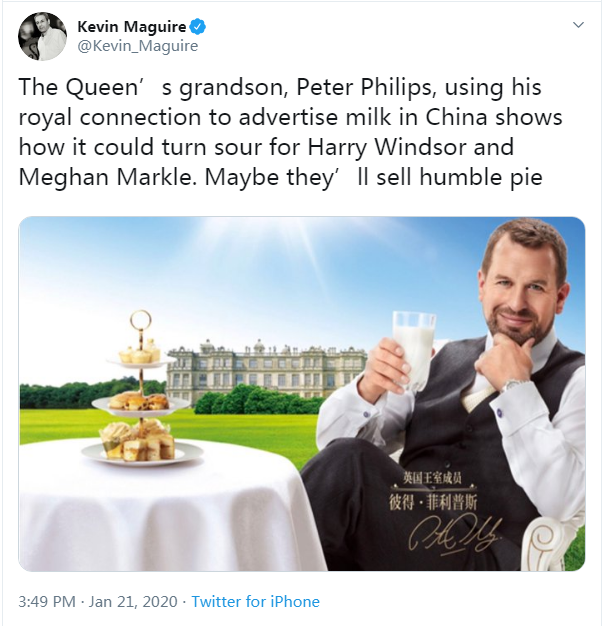 A screenshot of a tweet by British journalist Kevin Maguire showing Peter Philips featuring in a milk ad.

A screenshot of a tweet by British journalist Kevin Maguire showing Peter Philips featuring in a milk ad.

With Prince Harry and his wife Meghan Markle recently relinquishing their royal titles while opting to become "financially independent," the Chinese ads have drawn much attention in the British media with many, including Morgan, criticizing Philips for "exploiting" his royal lineage.

Morgan's distasteful "mimicry" of a foreign language on live television caused an uproar on social media, with hundreds of users expressing their indignation and labeling him as a "racist." 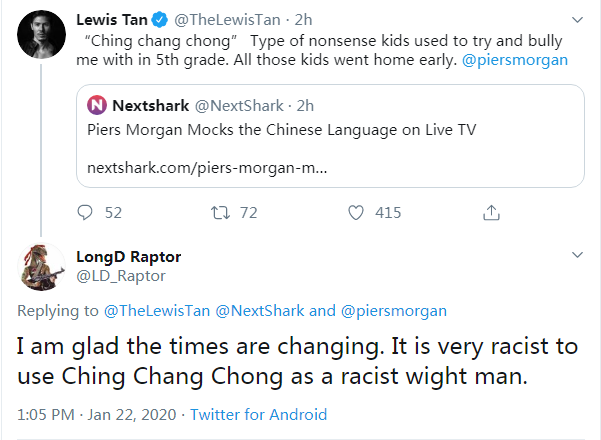 Jamaican-born former British footballer John Barnes wrote: "Just saw @piersmorgan on GMB mocking Chinese people on the way they speak, what are the odds he faces no criticism for it... there's an example for Laurence Fox of white privilege." 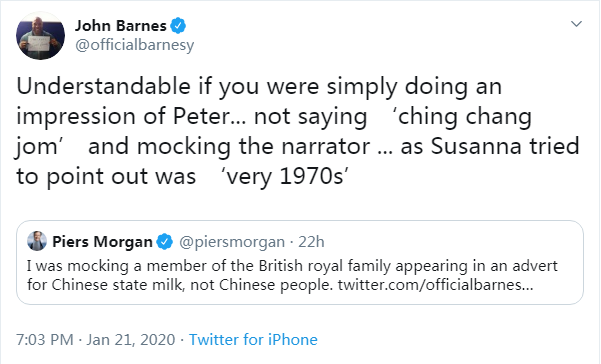 Flooded by criticism on Twitter, Morgan tried to defend his remarks saying he was "mocking a member of the royal family… not Chinese people," but not many, including Barnes, bought into his excuse.

A large number of people tagged British telecoms and broadcasting regulator Ofcom and ITV network demanding Morgan to be sacked; meanwhile others urged advertisers such as Microsoft, Asda and Smint to discontinue sponsoring Good Morning Britain. 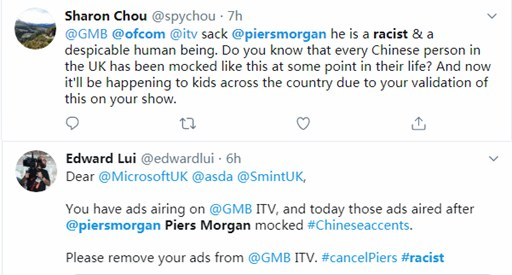 Gauging the response on social media, it must be clear to Morgan now that people indeed are more infuriated by the latent racism of his juvenile mockery of the Chinese language, irrespective of their opinion on the British royal's milk commercial.