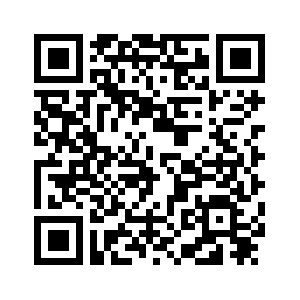 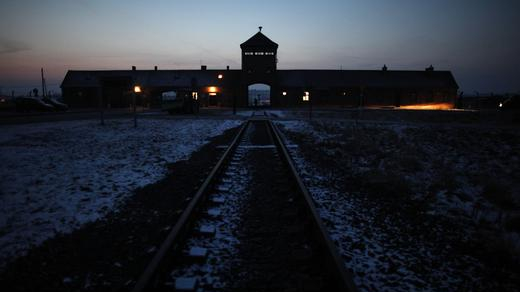 A view of the former Nazi death camp of Auschwitz Birkenau during the commemoration of the 67th anniversary of the camp's liberation. /Reuters Photo

A view of the former Nazi death camp of Auschwitz Birkenau during the commemoration of the 67th anniversary of the camp's liberation. /Reuters Photo

Editor's note: Freddie Reidy is a freelance writer based in London. He studied history and history of art at the University of Kent, Canterbury, specializing in Russian history and international politics. The article reflects the author's views and not necessarily the views of CGTN.

On February 2, 1945, an article appeared in the Soviet newspaper Pravda. The article by Boris Polvoy was about the Red Army liberation of a prison camp on January 27 in Poland. The article heralded the salvation of "victims of fascism." The inmates were victims of fascism; they were also victims of one of the darkest periods of human existence. The liberated camp was, in fact, a series of camps known as Auschwitz.

Today, January 22 marks UNESCO's International Day of Commemoration in Memory of the Victims of the Holocaust. The day commemorates the liberation of Auschwitz, which took place 75 years ago on January 27.

The camps at Auschwitz were part of a German network of camps designed to deliver "the Final Solution," the Nazi policy of eradicating Jews from the Third Reich and preserving and purifying the Aryan race.

When troops of the Ukrainian 60th army arrived at the camp, they discovered 7,000 prisoners who were still clinging to life amid 600 corpses of their fellow inmates, family and friends. The camp was also a sorting depot for the prisoner's possessions, the jewelry they wore, the clothes they arrived in, the shoes they would no longer need. These items were used to aid the German war effort. Red Army troops sifted through over 800,000 pieces of women's clothing, over 300,000 men's suits and tens of thousands of pairs of shoes.

Beyond the sifted material possessions was the very fabric of their person: their teeth, gold fillings and hair; 7,000 kilograms of hair were recovered from over 140,000 prisoners.

The Final Solution began with the invasion of the German invasion of the Soviet Union in 1941. The Einsatzgruppen or "special commandos" were formed by SS Reichsführer Heinrich Himmler to "annihilate" Bolsheviks and Jews as German troops advanced into enemy territory. 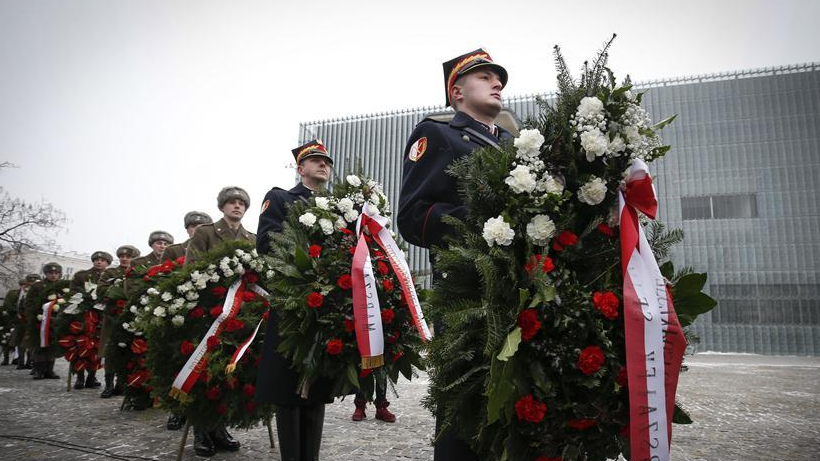 Extermination camps like Auschwitz were created to overcome a logistical problem. To kill a sufficient number of Jews to deliver the Final Solution required killing at an unprecedented level. The German war effort could not afford to spare enough bullets to shoot, could not spare enough time to hang their fellow man. So, instead, they tested a new gas that was inexpensive and highly portable. This gas, Zyclon-B, would be released into enclosed chambers killing everyone inside, tens if not hundreds at a time. The bodies would then be transported to furnaces at the camps and burned.

We have asked ourselves over the subsequent 75 years how people could carry out such inexplicably horrifying acts. It would be a mistake to look at the holocaust and camps like Auschwitz as isolated events or unique occurrences. Systematic genocide has taken place across the world from Pol Pot in Cambodia to the Rwandan genocide in 1994.

In Germany today, there is a word: Vergangenheitsbewältigung. This portmanteau word translates as "the struggle to overcome the negatives of the past."

It's a concept that is designed to help Germany come to terms with its past, especially the holocaust. How do we interact with this history though? Today you can visit the former camps, graves and other sites across Europe as a tourist, but should such a dark piece of history become a chapter in a book, an event we remember at certain times of the year?

As we enter this new decade, there are fewer and fewer survivors of those camps. By the end of the decade, it's unlikely that many who have any real memory of the horrors which took place will still be alive. How should we remember though?

One way of honoring the lives of those murdered is to consider it a duty to remember and not to allow it to happen again. Beyond history, it is a responsibility. At the end of the Second World War, the philosopher George Santayana's 1905 quote "those who cannot remember the past are condemned to repeat it" struck a chord. However, we have already failed and repeated it. There have been subsequent genocides and atrocities across the globe since.

We must recognize that the holocaust was not just unimaginable suffering perpetrated against one race, but all races. As humans, we all suffered; as humans, we are all guilty. It is our responsibility, as a civilized race, to teach our children what happened, remind ourselves and force those in power to recall what happened and always seek to prevent it from ever happening again regardless of the political cost. Only then can we hope to start to honor the lives of those who died at Auschwitz and many other camps and through many other conflicts over the course of our history.