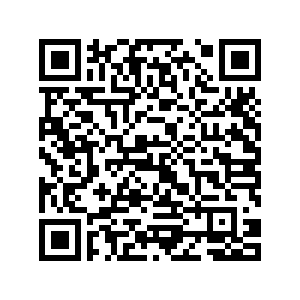 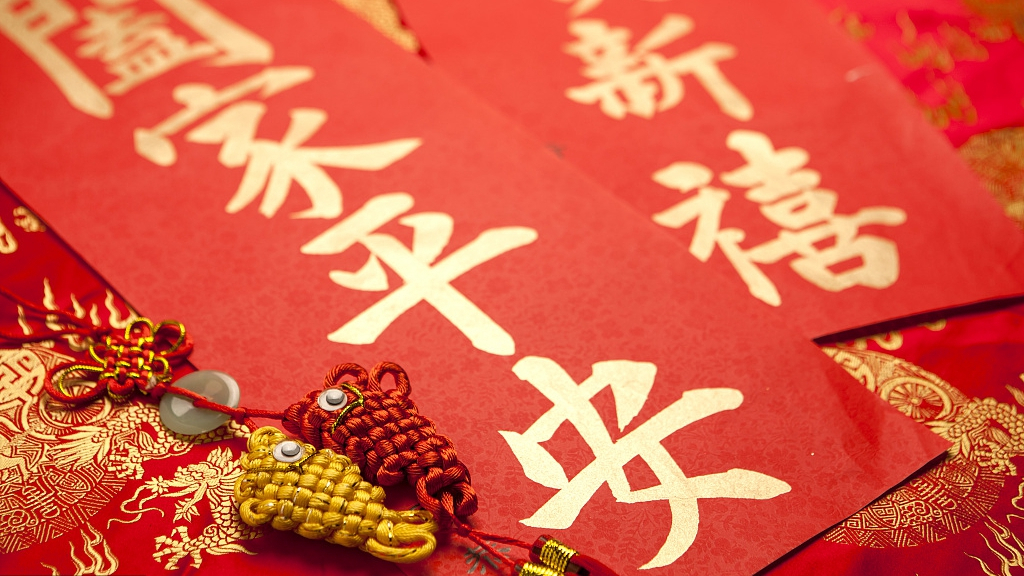 Lunar New Year feasting lies at the heart of the Chinese culture, and learning about the changes in how people celebrate this festival can help the world understand the unprecedented and disorienting changes this country has underwent over our lifetimes.

In the early 1960s, when my wife (Xin)'s father was in primary school, winter food in rural Liaoning consisted of a lot of potatoes, turnips and cabbage, stored in a hole in the ground so deep you needed a ladder to walk into it. His family would have tofu a few times a week, and meat a couple of times a month.

Spring Festival was his favorite time, because the extended family would all gather and have dumplings, a once-a-year treat. They would also have steamed buns, sticky rice and red bean buns, cornflour sour noodles, silkworms, fried meatballs, chicken and mushroom stew, and some fish caught in the river through a hole in the ice.

He loved the firework, which shot into the air and exploded with two bangs.

Spring Festival also meant new clothes, and red envelopes containing cash. My father-in-law would kowtow to his grandparents and get one or two yuan for his efforts. He would go through it in about a month – at that time one yuan could buy 100 candies. Holiday sweets included frozen pears and crabapple-like haws.

On Spring Festival Eve, the family would go ice skating, and watch a movie projected for free in the center of the village, like "Tunnel Warfare" or "Visitors on the Icy Mountain." They saw the same handful of films over and over again.

By 1982, when Xin's parents got married, times were much better. In the winter, all sorts of fruits and vegetables were available, although still a treat. Xin's grandfather had a refrigerator, and her father would get one a few years later, after she was born. Life was good, and for their first Spring Festival dinner, as a married couple, there was fish, meat and chicken. People enjoyed white liquor and beer, and played cards. All sorts of colorful and fancy fireworks were available.

On Spring Festival Day in 2008, my first in China, I stepped off the then-brand new train from Shanghai to Lhasa, ending a marvel of a train ride that took me from sea level to an altitude-sickness-inducing 3,600 meters above sea level.

No staff were present to make sure I had the right permits, and in fact there were few officials of any variety around. At that time, people were largely free to come and go as they pleased.

That very same Spring Festival, my future wife Xin was in the last year of her master's degree in finance at Fairfield University in Connecticut. This was her fourth Spring Festival away from home, and she spent it with other foreign students at her Chinese professor's house, where they feasted on food from home and watched a videotape of the Spring Festival gala that had aired 12 hours before.

Xin's parents spent that Spring Festival in freezing Shenyang, without her, as they had for several years. Half of her father's relatives had moved to sunny Shenzhen with hopes of making a fortune, so they had a small celebration with his sister and her husband. 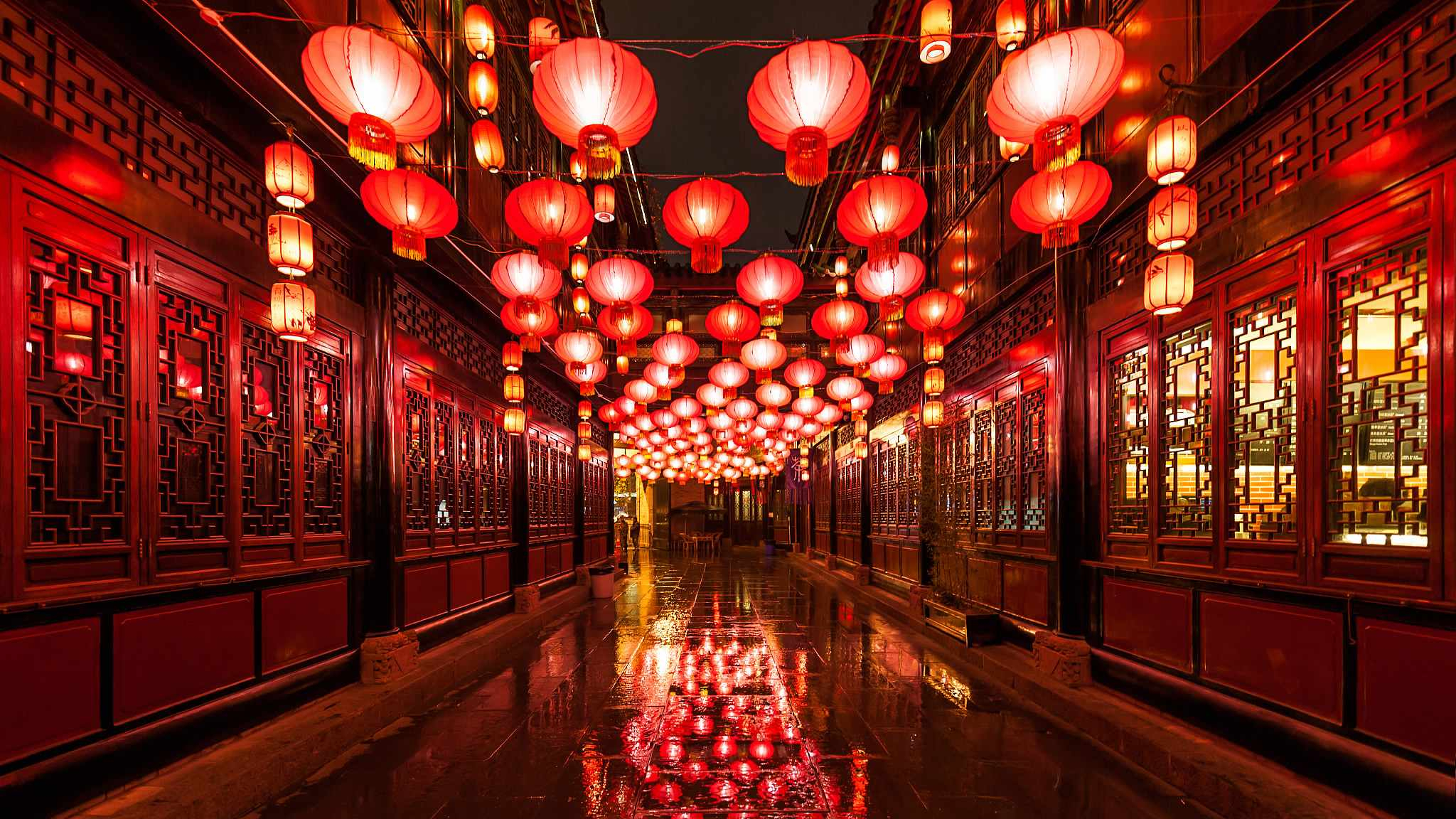 They assumed they would see little of their daughter ever again, and were surprised and thrilled when Xin came back to China and landed a lucrative job at a Swiss investment bank. She was at the beginning of a trend that brought most Chinese students home after graduation, lured by better opportunities than they could find overseas. Previously, students tended to stay overseas after they graduated.

Xin's parents left the Chinese mainland for the Spring Festival for the first time in 2010, to spend it in Hong Kong, where she was working at the bank.

Their extended family and friends had increasingly started to leave Shenyang during the holidays, heading to sunnier places. People were happy with their newfound wealth and accompanying financial freedom, but the holidays were not the same as when they were young and everyone was together.

My first few Spring Festivals in China were spent traveling around the country. I disliked the festival. I told myself it was because of the constant fireworks, which I found jarring, but looking back, it is because the festival brought the fact I was a stranger here and far from home into sharp relief.

My first Spring Festival with my wife's family was a revelation – I finally found the meaning of the holiday. Her family served every kind of meat, fowl and seafood in existence, as expensive liquor poured and the laughter rolled. I've never imagined a feast like this, going on for hours. It made Thanksgiving seem like a trip to a school cafeteria.

This year, her parents are not only spending our first Spring Festival as a married couple with us, but the entire winter! As I write this, we are keeping warm on Penang Island in Malaysia. Tonight for dinner they prepared three kinds of fish, two kinds of seafood, and a chicken, "because it's hard to fill your stomach on seafood." And today is not Spring Festival, just a normal day. Although this kind of daily feasting seems excessive and almost sinful to a Canadian like me, I remind myself of how little these people had as children. And I have to admit, all that food is delicious.

When Spring Festival comes, it will be spent with my in-laws at our home on a mountainside in Dali, Yunnan Province. There will be feasting and drinking for days, and hopefully a non-stop stream of both Chinese and foreign friends.

Despite all the changes in the way the holiday has been celebrated over the years, the focus has always been on family and togetherness. When my father-in-law reflects back on his favorite Spring Festivals, he thinks of his childhood years, and the first celebration with his newborn daughter.

Hopefully one day he will be blessed with a grandchild, and that Spring Festival will be the family's best one yet.