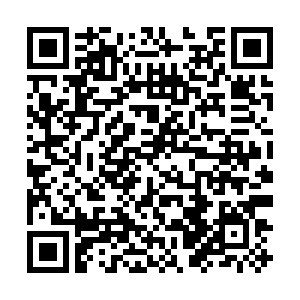 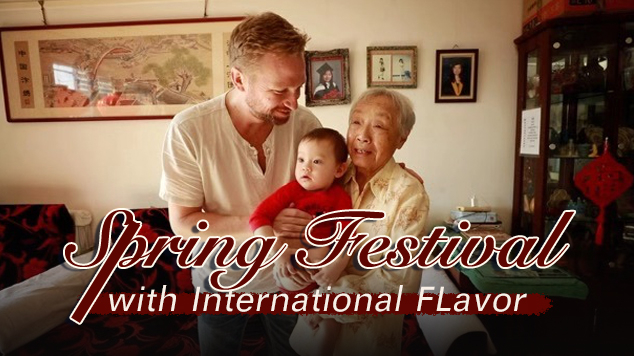 For those outside the Chinese cultural context, it can be hard to grasp the significance of Chinese Spring Festival.

When Daniel Mulroy, originally from Canada, first attended a Spring Festival feast in Beijing in 2001, he was amazed to see the ten-course meal. Under the invitation of his employer at the time, Mulroy joined a Spring Festival celebration at his family home.

"They prepared enough food for probably 20 people… he and his wife had been cooking all day," he recalled. "I just could not understand why they spent so much effort cooking for five of us." 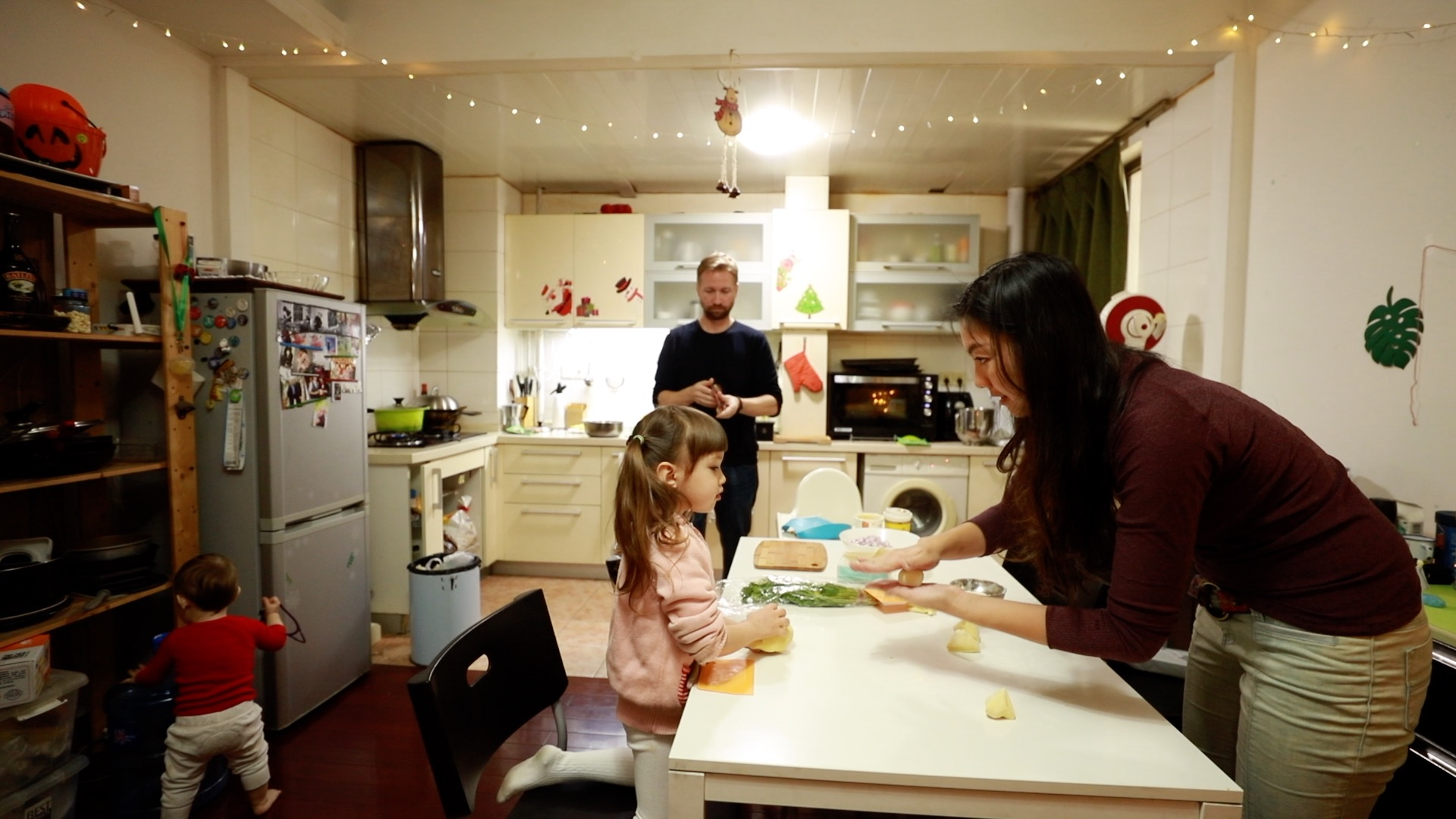 Mulroy, who has been living in Beijing for a decade now with his wife and his two children, has come to see the background, history and significance of the annual festival over the years. He met his future wife, Beijing native, Ge Qian, while studying at college in Canada and followed her all the way from Canada to Beijing.

Learning to understand the significance of Spring Festival is one of the first steps Mulroy took to embrace the Chinese culture, as he married into a Chinese family. More difficult is navigating the complicated relationship dynamics of Chinese society, particularly in Chinese families. 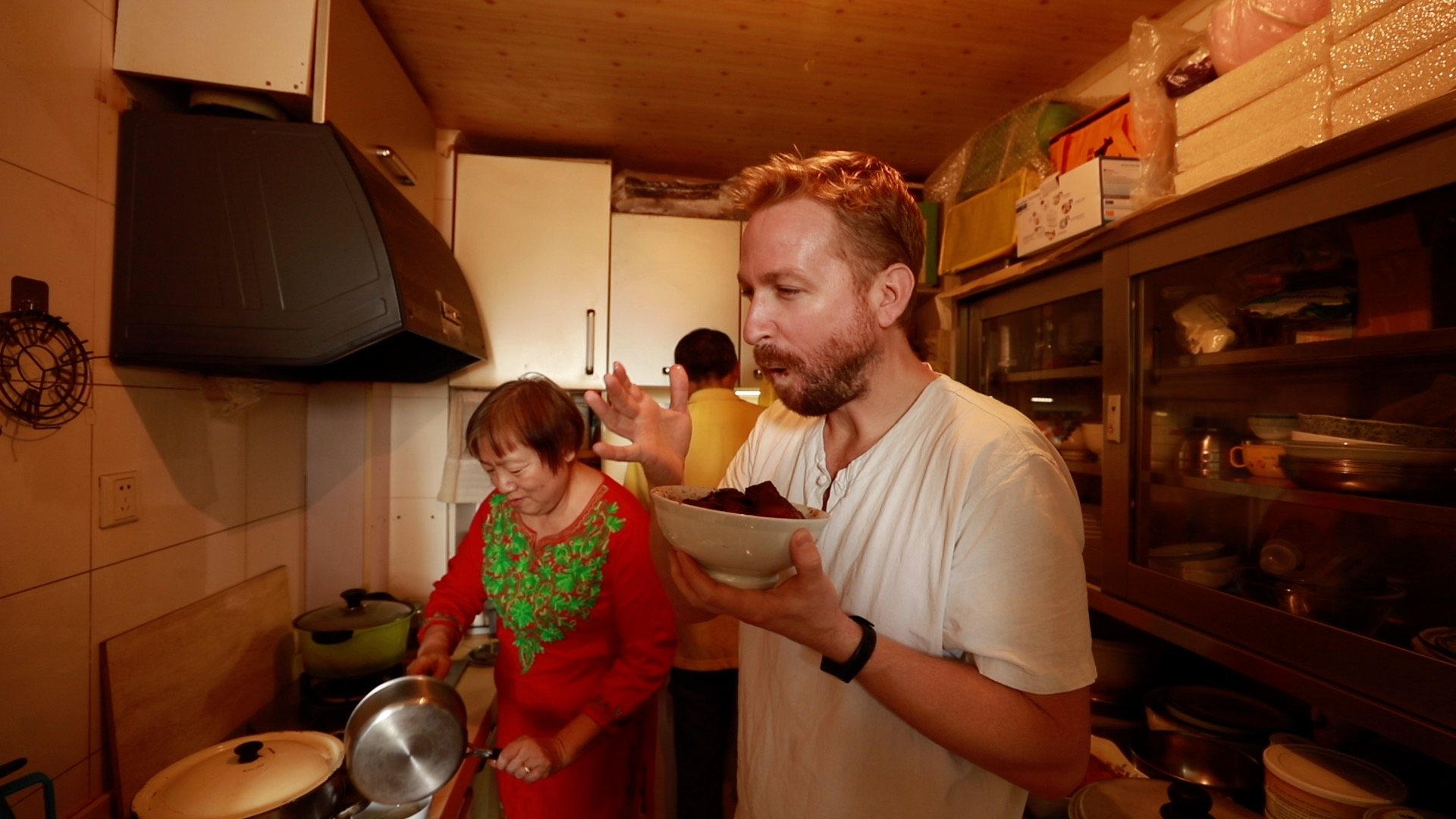 Mulroy gets a slab of pork belly made by his mother-in-law. /CGTN Photo

Mulroy gets a slab of pork belly made by his mother-in-law. /CGTN Photo

"In Canada, you could call your parents by their name, they would not be upset. But it turns out in Chinese culture, you must address them based on the relationship you have with them and if you don't, you are undermining the hierarchy of the relationship," he noted.

There are many implicit cultural norms and traditions in China that even Mulroy's wife could not help him with. These range from little things such as the notion that as a son-in-law, one is not expected to come to the in-law family's house empty-handed, to important issues such as how to raise children.

At Mulroy's house, one of the most important rules the children of the family have to abide by is not to touch adults' gadgets, cellphones and laptops. The rule is applied so consistently that even the one-year-old baby in the house is aware of the rule. But in his in-law's house, nothing is prohibited for the kids. 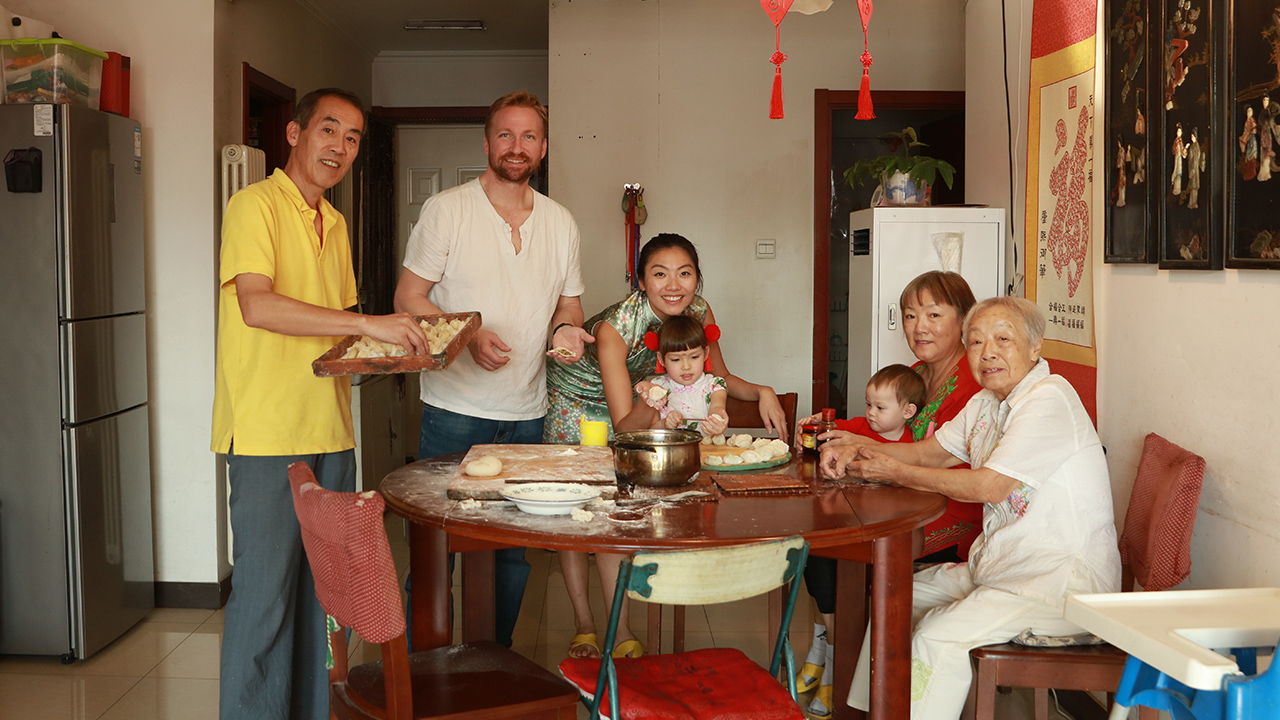 Mulroy and his family members make dumplings for the Spring Festival. /CGTN Photo

Mulroy and his family members make dumplings for the Spring Festival. /CGTN Photo

"To consistently enforce the rules means that when the kids grow up, they know there are boundaries… (but) we cannot agree about enforcing the rules," he said when talking about the biggest challenge he had experienced with his in-law's family.

But still, he has come a long way. After ten years of living in China, there is nothing that surprises Mulroy anymore since he has grasped what he is expected to do in almost every scenario in the Chinese cultural context.

Apart from his wife and her family, he credits the people in his community neighborhood with helping him live as a local. He learnt to speak Chinese by chatting with a man who sold barbecues in front of his house. He can remember the name of everyone in his building. Whenever he walks his one-year-old son in a stroller, his neighbors surround him to greet the kid. 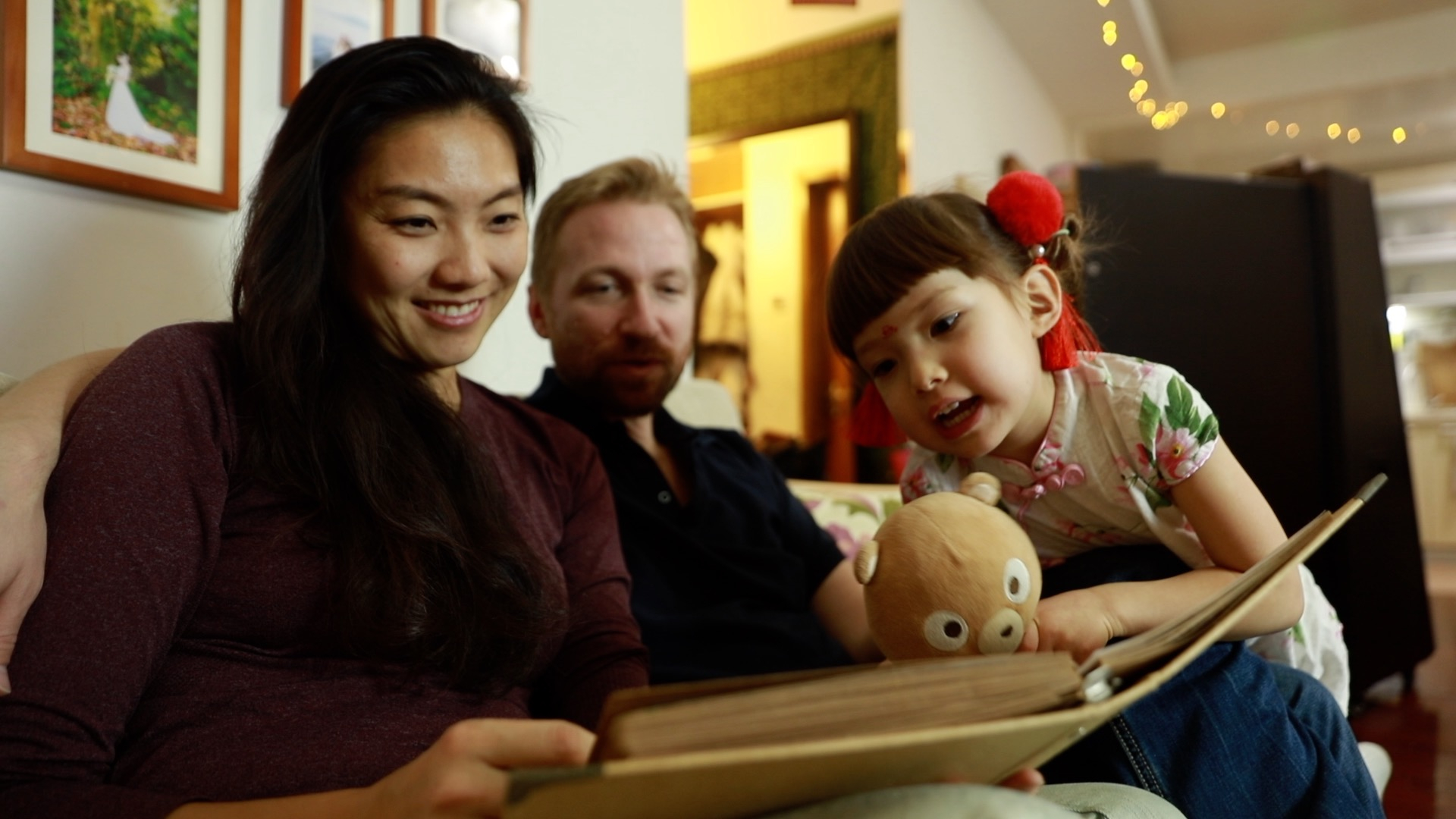 Mulroy and his wife show their family album to their four-year-old daughter. /CGTN Photo

Mulroy and his wife show their family album to their four-year-old daughter. /CGTN Photo

Now Mulroy considers Beijing his home, with his wife around and her family living across the street. Though he left a promising career behind in Canada to follow his wife to Beijing, he said that he was content with almost everything with his life in Beijing.

Mulroy's attitude echoes that of his wife Ge, who brought Mulroy to Beijing in 2009 primarily to stay closer to her family. Initially, when Mulroy struggled with the expectation of a son-in-law in the Chinese cultural context, all the pressure was directed at her.

"If you ask me if a cross-cultural relationship makes anything different, I would definitely say yes," she said. "We both have given up the more convenient option of marrying somebody of the same cultural background because we found someone that is worth the effort." 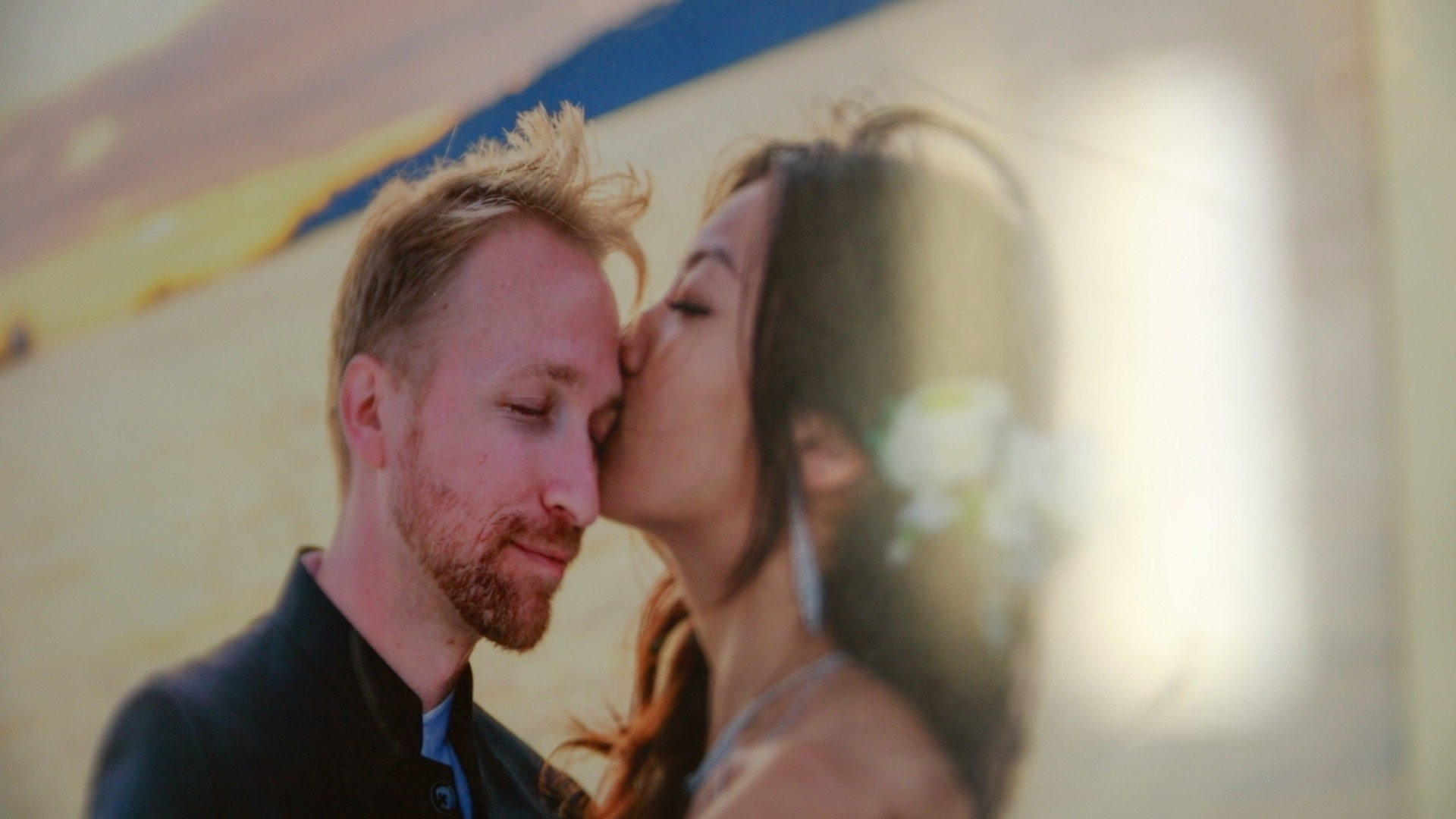 A wedding photo of Mulroy and his wife Ge Qian. /CGTN Photo

A wedding photo of Mulroy and his wife Ge Qian. /CGTN Photo

As Mulroy came to understand the relationship dynamics in a Chinese family, Ge also learnt to manage the different expectations that her husband and her parents have towards each other. "If that person is worth the effort, you have to accept everything that comes along with it," she said.

Now Mulroy views preparing for the Spring Festival feast as a big family event, and he sweats in the kitchen cooking with his family-in-law. For this year's Spring Festival, they made a formal menu with more than 20 dishes. They printed out the menu and hung it in the kitchen while preparing for the dishes. While their four-year-old daughter was helping with the dumplings, their one-year-old son was crawling on the kitchen floor, watching intently as they cooked.

This is the true feeling of home.