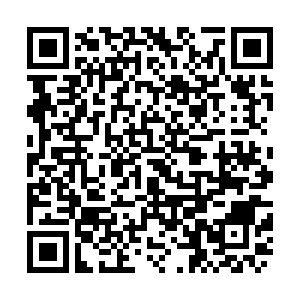 They made the remarks during a telephone conversation on Wednesday, two days ahead of the Chinese New Year.

Xi spoke highly of the achievements made in bilateral cooperation over the past year and urged both sides to advance cooperation in various areas.

He said the two countries should implement the series of pragmatic cooperation agreements reached last year and deepen cooperation in areas such as civilian nuclear energy, technology, industry and aerospace on based on mutual benefits.

This year marks the 45th anniversary of the establishment of diplomatic relations between China and the EU, and the two sides will see a series of high-profile exchanges, Xi said.

China and the EU should work together in upholding multilateralism and free trade, improving global governance, building a free and open global economy and fighting global warming, he went on to say.

The Chinese president also said he hopes China and the EU could reach a high-level investment agreement in the near future.

Macron echoed Xi's sentiments, saying this year is crucial to the development of both China-France and China-EU relations. He said he hopes the two countries would deepen cooperation in trade, investment and environment protection.

He also stressed that France would not take discriminatory measures against any specific country or company when it comes to 5G technology.

China will hold the 15th meeting of the Conference of the Parties to the Convention on Biological Diversity (COP15) in southwest China's Kunming City in October. Xi said the two countries should support each other regarding the meeting, and Macron said his government will support China in holding the meeting.

On the outbreak of pneumonia in China caused by a novel coronavirus, Macron said France supports China in actively dealing with it and is willing to enhance health cooperation with the Chinese side.

Xi said that since the outbreak, China has taken strict measures in prevention, control and treatment, and has been releasing relevant information to the public and keeping the World Health Organization as well as relevant countries and regions posted in a timely manner.

China, Xi added, is willing to work with the international community to effectively tackle the spread of the disease and maintain global health security.

The two heads of state also exchanged views on the Iran nuclear issue.