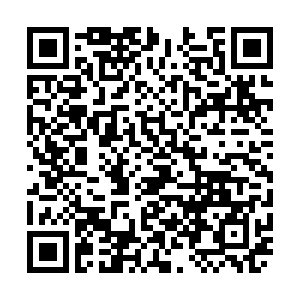 As a kid growing up near the Yangtze River, water is the first word that comes to mind regarding my hometown, Jiangsu Province in east China. I remember riding a bike with my dad to the riverbanks on the weekend. Sometimes we took ferries to cross the river. I can still recall the smell of pungent oil and muddy yellow waves from time to time.

A wharf along the Yangtze River. /CGTN Photo

A wharf along the Yangtze River. /CGTN Photo

As a province with both the Yangtze River and Beijing-Hangzhou Grand Canal running through, water transportation is key to the development of Jiangsu Province. Here, there are over 2,900 river channels and 300 lakes.

Among them, Lake Taihu that is linked to the Grand Canal is the third largest freshwater lake in China. It used to be a dry land, but sediments of lower reaches of the Yangtze and Qiantang rivers gradually formed a lagoon there. The ample rainfall and continuous influx of freshwater make up today's Lake Taihu.

The lake is rich with fish, shrimps and crabs. Apart from carps, goldfish and icefish residing in Lake Taihu, there are also Japanese eel and fugu that migrate between the lake and the sea. 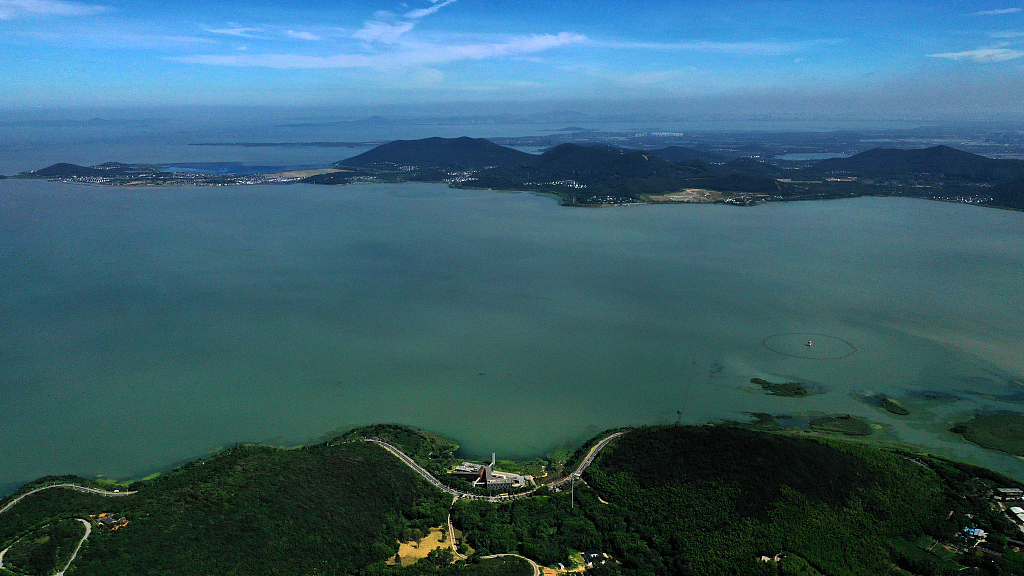 Although Jiangsu is a coastal province near the Yellow Sea, it only has 26 islands, which is small compared to over 3,000 islets in neighboring Zhejiang Province. The large amount of silt brought by the Yangtze River piles along the coastline and submerges small islands. The mudflat becomes a paradise for numerous wildlife.

Every year, 40 to 80 percent of the world's red-crowned cranes leave their breeding ground in northeast China and winter in the Yellow Sea Wetland. The mud flats rich with fish, shrimps and crabs are ideal hunting grounds for migratory birds, especially endangered spoon-billed sandpiper and spotted greenshank. 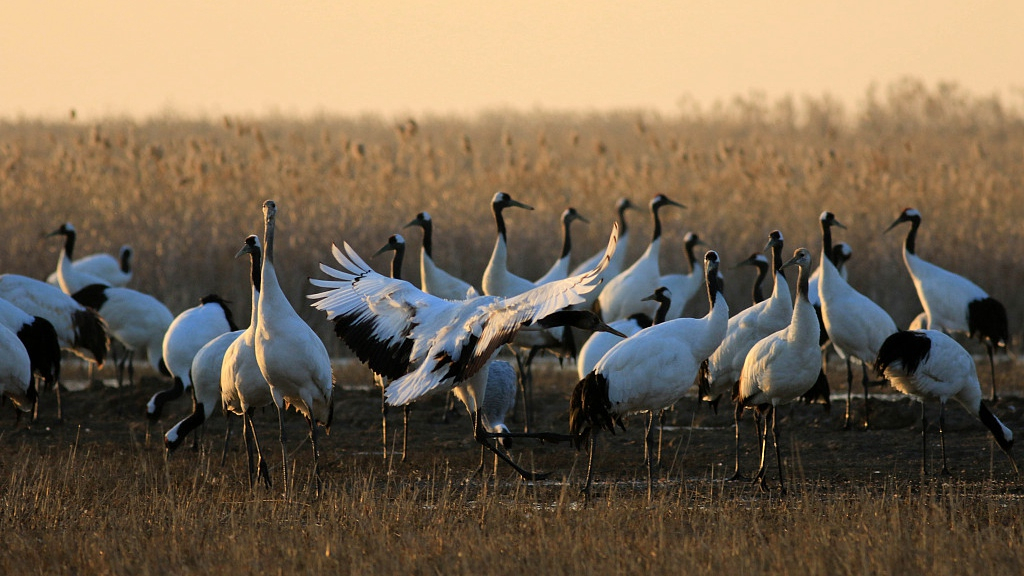 The milu deer tread and eat the invasive smooth cordgrass on the wetland, which helps local plants grow and migratory birds find shelter. The milu deer and birds have become great neighbors on this intertidal wetland. 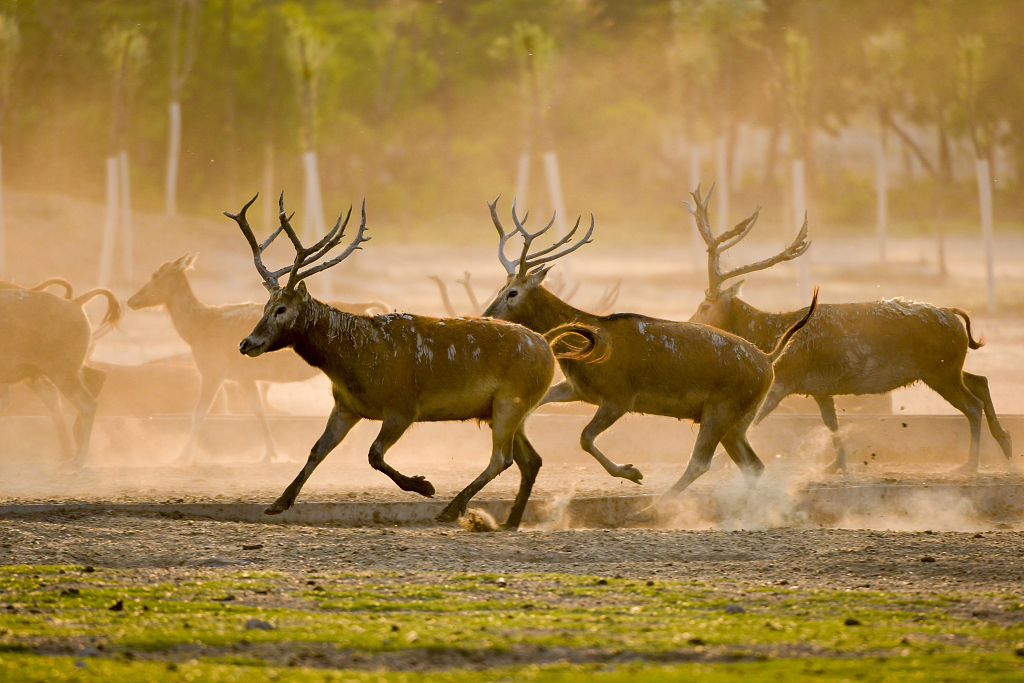 Along the long and narrow coastline, sea salt has been produced in Jiangsu Province since ancient times. In the Qing Dynasty, sea salt made in various cities was gathered in Yangzhou City, and transported to neighboring provinces by water. Thus, salt merchants in Yangzhou made large profits out of their advantageous location.

Water has shaped Jiangsu Province. It provides abundant natural resources for people and makes it an indispensable traffic hub in east China. 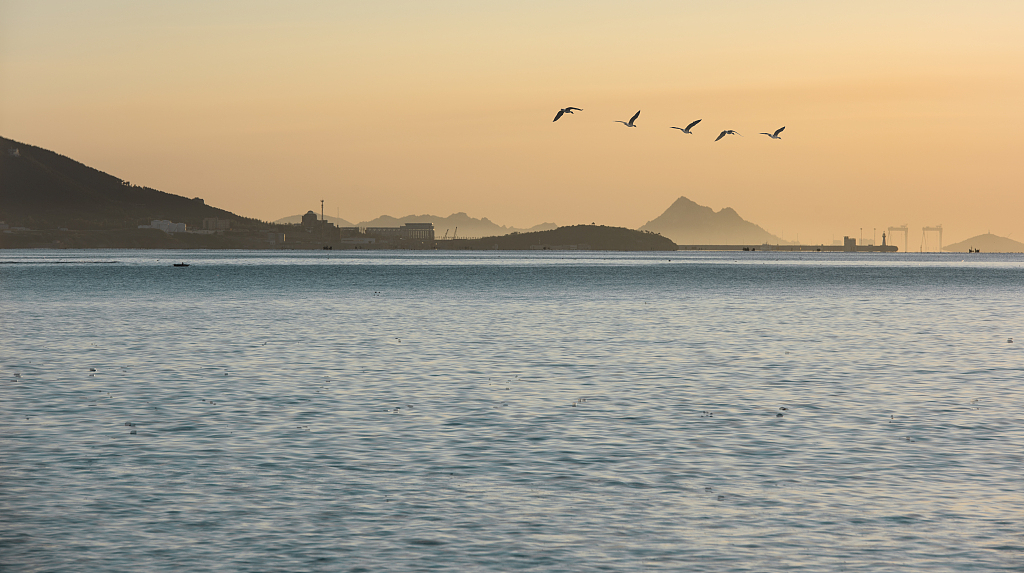 Nostalgic Nature is a series of articles about nature in different provinces and regions in China.