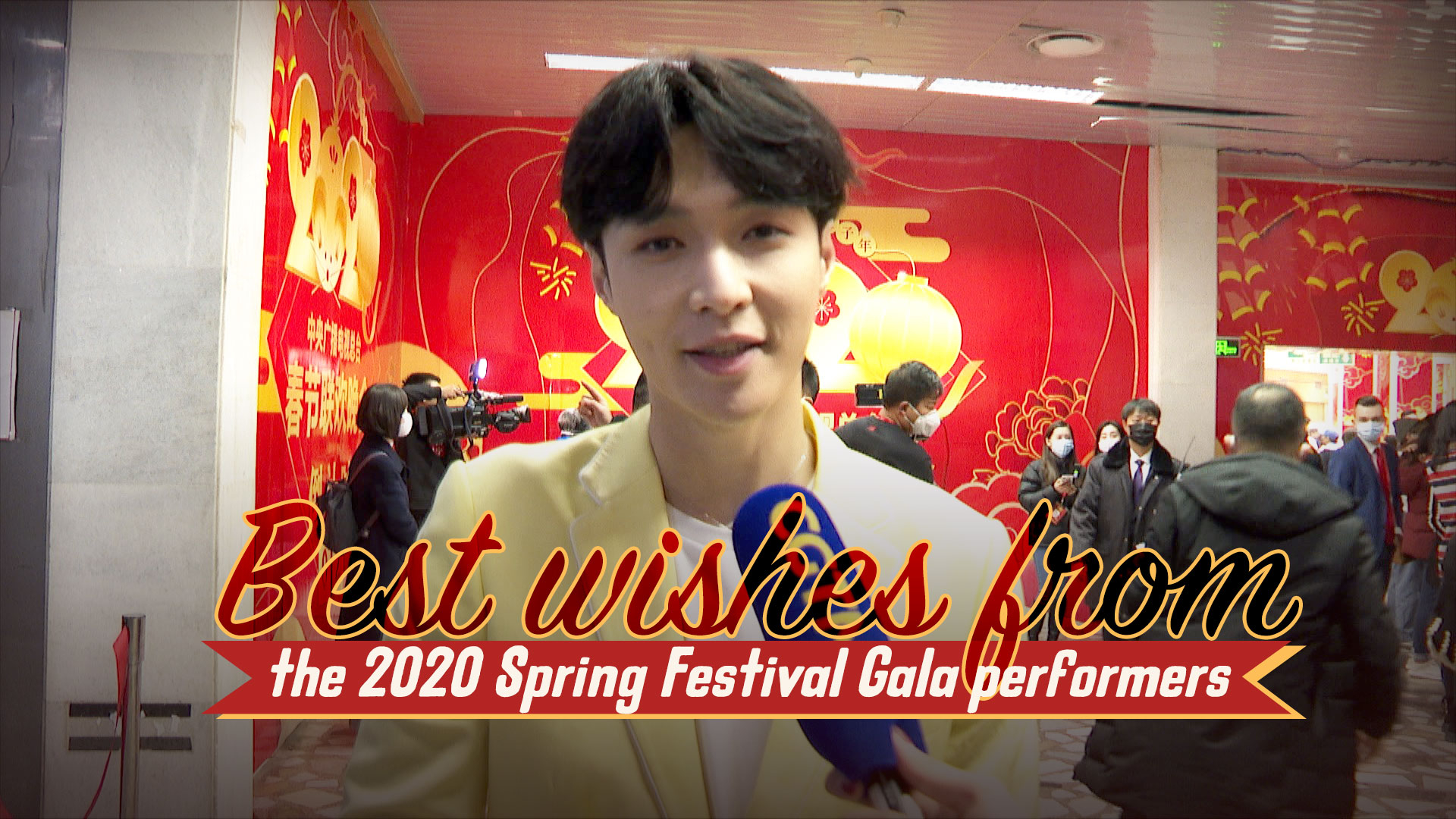 Friday was Chinese lunar New Year's eve, or China's Spring Festival. As a tradition that has taken place every year since 1983, the Spring Festival gala show opened at 8 p.m.

Ahead of the performances, CGTN paid a visit backstage and spoke to some of the performers, including popular singer and actor Zhang Yixing, host Xie Na, comedian Yang Di and folk singer Zhou Xuan.

They delivered their best wishes to CGTN's audience and let us in on their favorite food during the holiday.