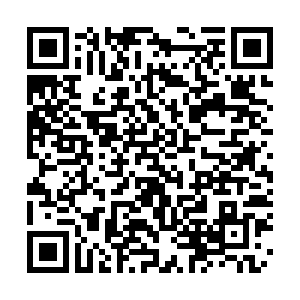 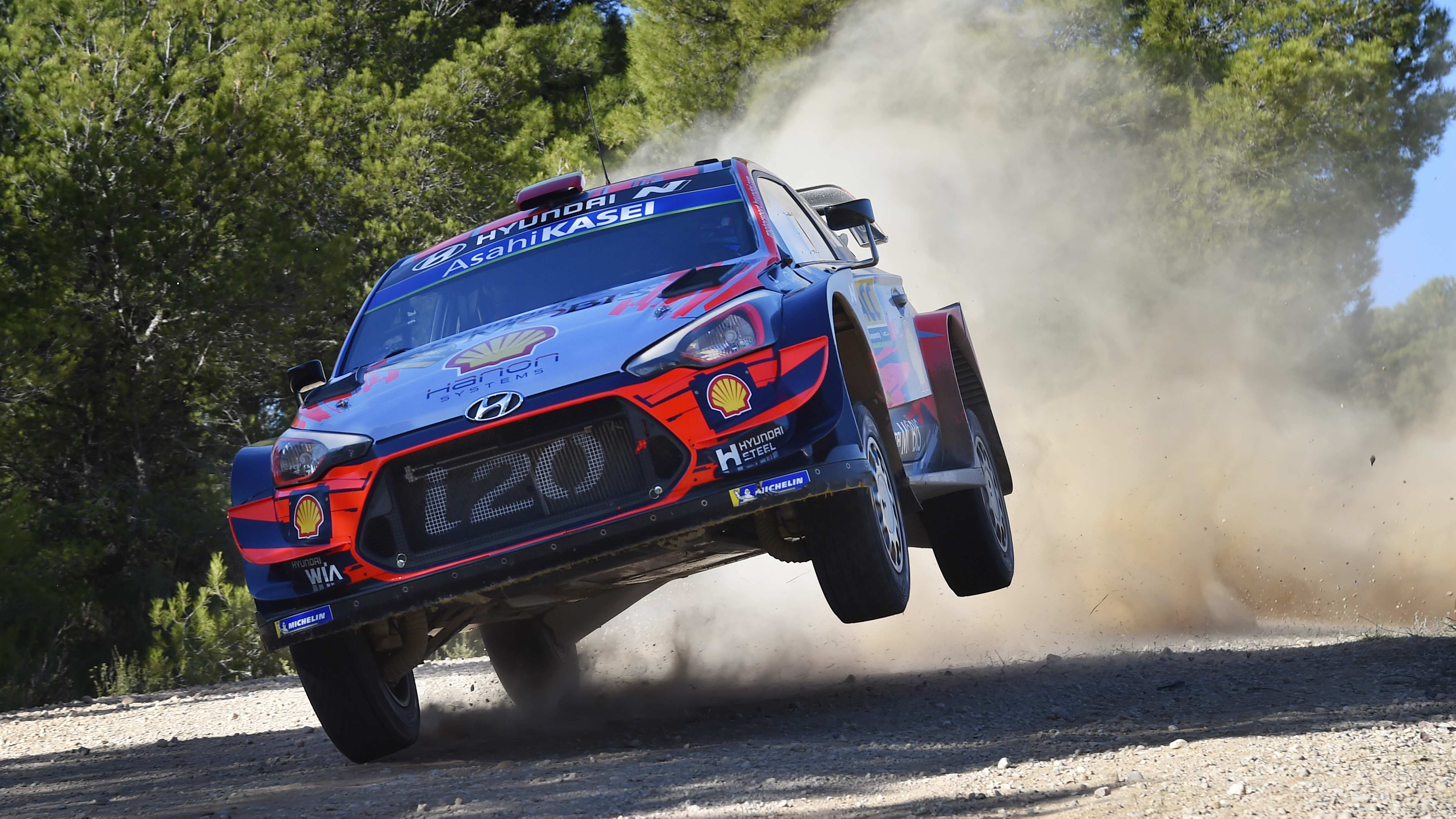 A Hyundai Motorsport car during a rally race in Salou, Spain, October 25, 2019.

A Hyundai Motorsport car during a rally race in Salou, Spain, October 25, 2019.

Estonia's world champion rally driver Ott Tanak and his co-driver escaped unscathed on Friday after their Hyundai somersaulted off an alpine road at high speed in the Monte Carlo Rally.

"Precautionary medical checks have confirmed that Ott Tanak and Martin Jarveoja are fine following their crash," the team said in a statement after the pair had been checked over in hospital where they were due to remain overnight.

"But the Estonians will take no further part in the rally," it added.

The Korean carmaker added that it had recovered the wrecked car.

Tanak, in his first rally for his new team, flew off an icy road on the fourth stage between Saint-Clement and Freissinieres, in France.

The car's nose dipped and hit the ground bouncing the vehicle into the air. It spun through a tree before landing 100 meters down the hillside.

The two Estonians miraculously climbed out of the car unscathed.

"I don't know what happened," said Hyundai team manager Andrea Adamo after the stage. "You saw what I saw, I'm waiting for him to come back but I was mostly concerned about his physical health."

"Our priority in such situations is always the condition of the crew first and foremost," Adamo later said. "It is customary after such incidents for hospital check-ups, the results of which were clear. They will remain there for monitoring overnight, which is again routine procedure." 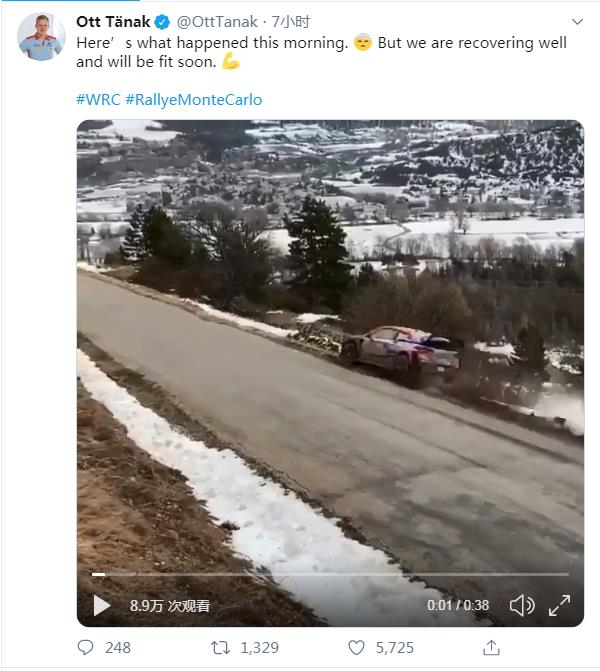 Tanak, 32, has never won the Monte Carlo Rally. He was in fourth place overall when he crashed.

His new teammate Thierry Neuville was leading going into the stage but finished third.

"I slowed down so much in that section," Neuville, a Belgian, said. "I knew there was something when I saw Ott's lines, so I lost quite a lot of time."

Frenchman Sebastien Ogier, in a Toyota, finished second in the stage in which Tanak crashed.

"I hope Ott is okay," the six-time former champion said. "It was a very fast section where he went off with a big compression."

Welshman Elfyn Evans won the three morning sections to take the overall lead and held it even though Ogier took the first two afternoon stages as conditions changed as rain began to muddy the course.

Overnight temperature was below freezing and while there was not a lot of snow on the roads, also the patches of ice that had made the route difficult since the start the previous day.

After the two stages on Thursday evening, Tanak had complained about black ice and said: "I am happy to be alive!"

Several other drivers have been forced to retire after going off the road, including Britain's Gus Greensmith of the M-Sport Ford team.