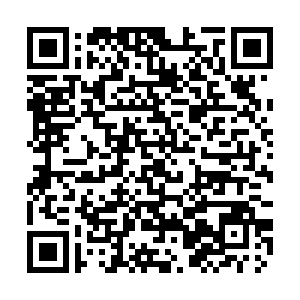 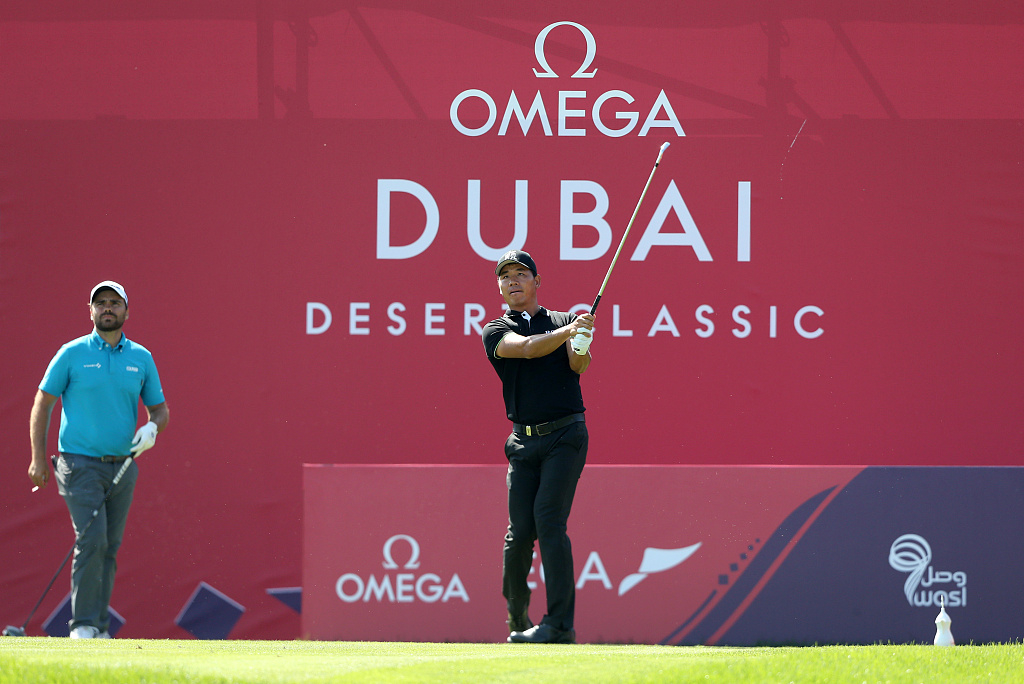 An opening eagle and four birdies lifted China's Wu Ashun into a one-shot lead after Saturday's Dubai Desert Classic third round, the perfect way to celebrate the Chinese New Year of the Rat.

The No. 366-ranked Chinese golfer started his round with an eagle on the way to a five-under 67 as he moved to 11 under for the tournament at the Emirates Golf Club in Dubai, the United Arab Emirates (UAE).

After his opening-hole heroics when his approach from the rough hit the front of the green to roll into the cup, Wu said: "That's my 'Happy Chinese New Year Shot'.

"Today my short game was great, just great. I got a feeling just good chips and good with the putter. 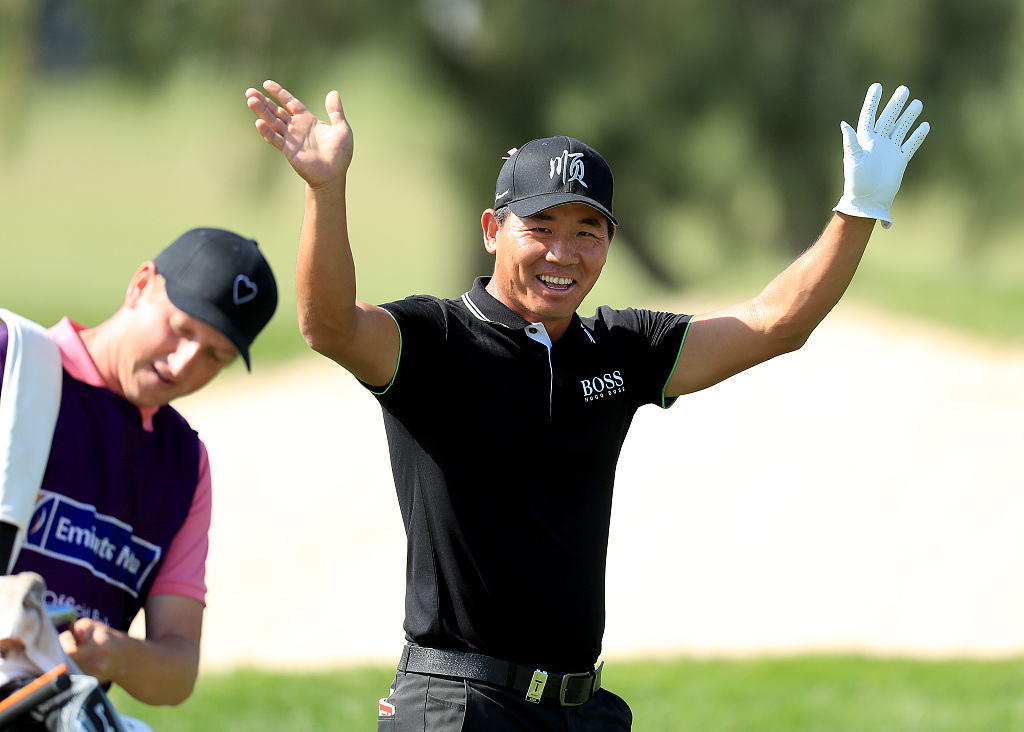 The 34-year-old's maiden European Tour triumph was followed by his standout performance in the 2015 China Open. He has gone to collect wins at the 2016 Austrian Open and Dutch Open in 2018.

Leading the chasing pack was France's Victor Perez, who matched Wu's 67 to follow up his rounds of 73 and 66.

A further shot behind in a tie for third were Tom Lewis, as the Englishman carding the best round of the day with a 65, and two Americans - Kurt Kitayama and defending champion Bryson DeChambeau.

DeChambeau finished with a flourish with birdies at the closing two holes, before revealing that like his round, he was below par.

"Being under the weather and fighting through some of the stuff that happened last week (he missed the cut in Abu Dhabi) and persevering this week would be a tremendous honor," said the American.

"I'm worse today. I couldn't hear anything out of my right ear until on number 13 it finally popped and that was helpful a little bit but, boy, was it a struggle out there for me on the greens today."

Overnight leader Eddie Pepperell of Britain signed for a par 72 to be placed sixth, eight under.