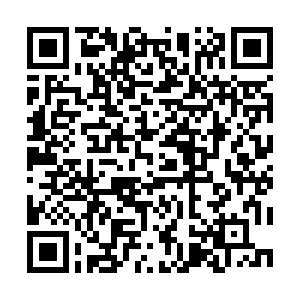 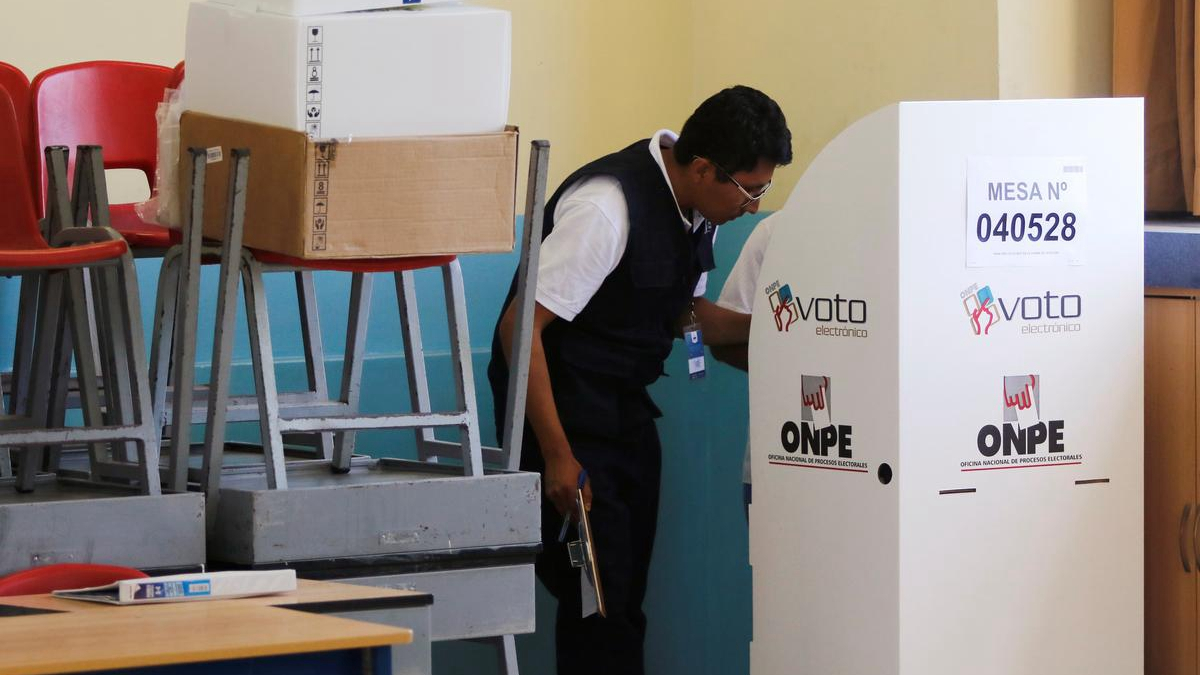 An election worker helps a person to cast a vote at a polling station during elections to form a new Congress in Lima, Peru, January 26, 2020. /Reuters Photo

An election worker helps a person to cast a vote at a polling station during elections to form a new Congress in Lima, Peru, January 26, 2020. /Reuters Photo

Peruvians elected a new Congress on Sunday with some 10 parties represented and no single majority, according to an Ipsos exit poll reported by local news, refilling the empty legislature that was dissolved in September.

The initial readout indicates Popular Force, the opposition party led by Keiko Fujimori, has lost control of the Congress and received just 7.1 percent of the votes.

Congress was shuttered last year by President Martin Vizcarra after a long-running battle with lawmakers over an anti-corruption drive.

The result is a blow to Fujimori's party, which has lost its grip on a key government branch and whose diminishing popularity could spell trouble for their chances in Peru's next presidential election in 2021.

The new balance of powers will give Vizcarra a fresh chance to push his package of anti-corruption reforms that had been staunchly opposed by the opposition majority in Congress. 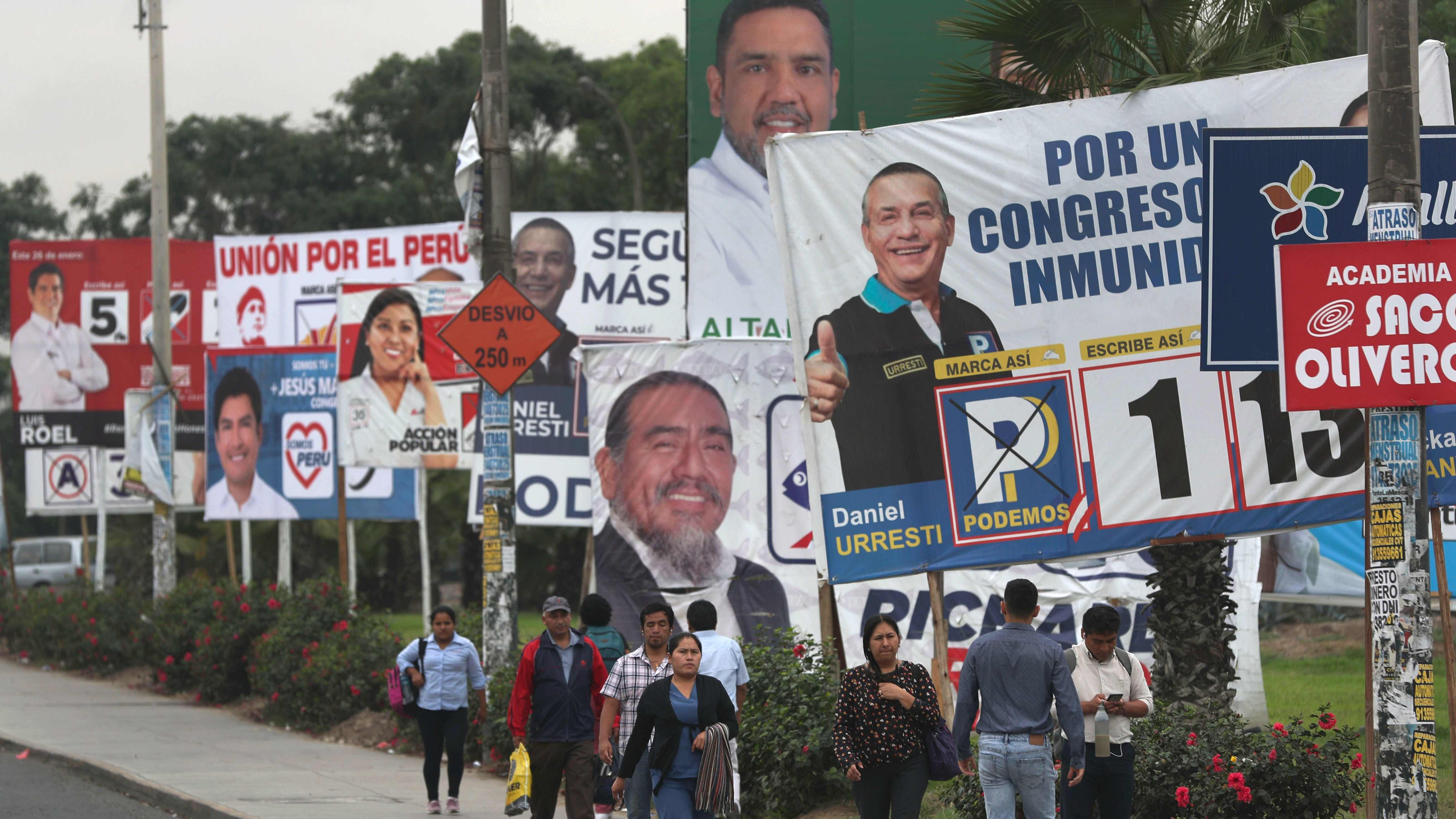 The special election was triggered last year when Vizcarra used a controversial constitutional provision to close Congress after they repeatedly failed to endorse his plans. The move was deemed legitimate by Peru's top court earlier this month.

Vizcarra does not have party representation in Congress, but center and left-wing parties have showed general support for his agenda.

The new Congress will be short-lived and will be replaced by a standard 5-year legislature in 2021, when Peru will also celebrate 200 years of independence.

All but one of the parties expected to win seats received between 5 and 9 percent of votes, according to the poll. Center-right Popular Action will be the largest bloc with 11.8 percent of the votes.

Fujimori is the daughter of Peru's ex-President Alberto Fujimori, who is serving a 25-year sentence for human rights crimes and graft. She was released from jail in November amid an ongoing corruption probe.

The elder Fujimori is a divisive figure in Peru. He governed between 1990 and 2000 strengthening the country's economy, but his administration was beset by rights abuse allegations and graft scandals that ultimately led to his resignation.

Popular Force has been the runner up in Peru's last two presidential elections, in 2011 and 2016, when Keiko was their candidate.