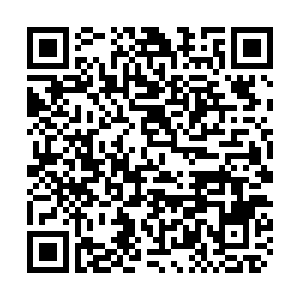 The mainland has taken active steps to assist the SAR governments to prevent and control the spread, including arranging visits by Hong Kong and Macao experts to Wuhan, the hardest-hit city in the epidemic, and supporting and cooperating with the SAR governments in taking active prevention and control measures, said spokesperson Xu Luying.

Hong Kong will significantly reduce transport services between Hong Kong and the mainland to contain the spread of new coronavirus.

Flights from the mainland to Hong Kong will be halved, and the high-speed railway will be suspended, Chief Executive of the Hong Kong Special Administrative Region Carrie Lam said Tuesday afternoon at a press conference.

Multiple ferry routes will be suspended and the number of cross-border buses will be reduced. Starting from Thursday, several ports of entry will stop operation, including passenger services at Hong Kong West Kowloon Station, Hung Hom Station, Sha Tau Kok and Man Kam To.

Lam also said the central authorities have approved 49 mainland cities stopping issuing new endorsements under the Individual Visit Scheme. The number of visitors under the scheme accounted for about half of mainland visitors entering Hong Kong.

There have been eight confirmed cases of pneumonia caused by the novel coronavirus reported in Hong Kong.

The endorsements for individuals traveling from the mainland to Macao Special Administrative Region (SAR) have been suspended, Macao's Secretary for Administration and Justice Cheong Weng Chon announced on Tuesday at a press briefing.

Previously issued endorsements still valid will continue to be accepted.

The SAR confirmed seven cases of novel coronavirus on Monday.

Macao SAR government tightened the border policy to control the entry of visitors from Hubei Province of central China or those who had visited the province within 14 days on Monday.

Also starting from Monday, visitors from Hubei Province and those that have been to Hubei Province within 14 days of their arrival in Macao would not be allowed to enter casinos in Macao, according to a chief executive order published in Macao SAR's official gazette.