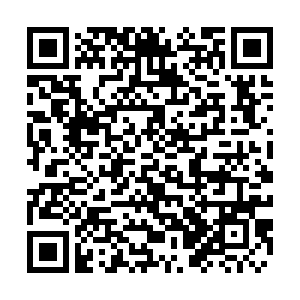 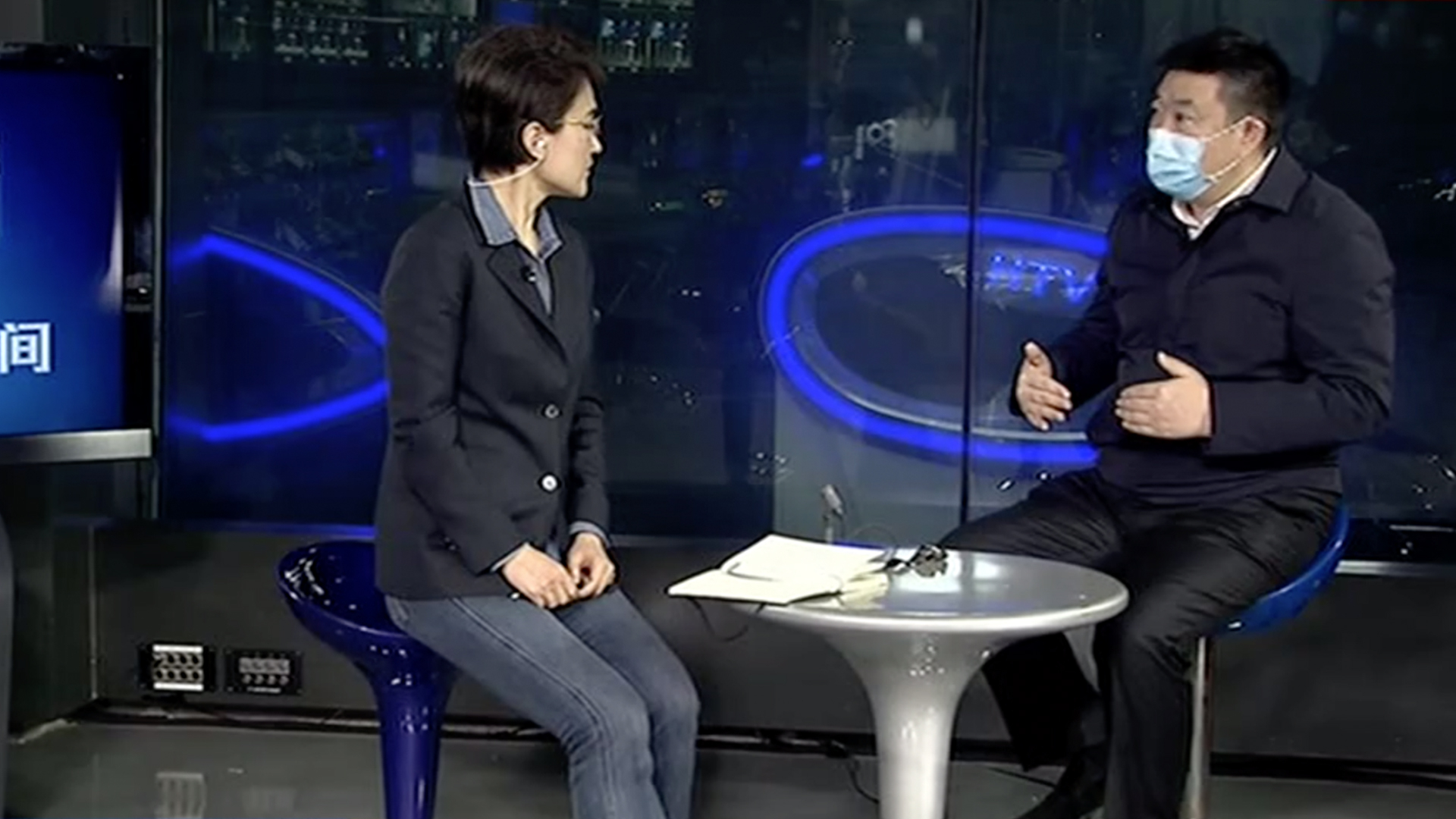 On Monday, Wuhan mayor Zhou Xianwang, wearing a blue surgical mask, said in an exclusive interview with CCTV that the decision made by the local government on the lockdown of the city after the novel coronavirus outbreak was a really tough one.

"For a city with over 10 million population, a lockdown decision has never been seen in human history, we shut down the city to cut the spread of virus," Zhou said.

Human beings have experienced too many major risks in the evolution process like black death, plague, smallpox. We cannot predict how serious this will be, so we have to shut down, he explained.

Roads in Wuhan, the epicenter of the new coronavirus outbreak, were declared closed since Saturday.

Vehicles are banned in the city's major districts, which have brought much trouble to residents. Wuhan resident Bao Shibing told CGTN she is very worried about her 92-year-old father, who has a burn injury and needs to get his wound dressing changed in hospital two times a week. She did not know how she could get her father to the hospital amid traffic restrictions.

Medical staff also complained that it might take them one or two hours to get to the hospital.

Zhou said in the interview that the city has prepared special-duty vehicles, whose priority is to transport medical staff. About 310 buses have been allocated to various districts in the city to serve as transportation vehicles. Authorities have also equipped each residential community with three to five taxis.

"We also give free food, meals and medical treatment to those who are under observation and quarantined at home. But some of these measures are not in the perfect state," he added.

Although some drivers are willing to deliver food, some have refused to drop by at the hospital. "I love them, but meanwhile I'm scared of the virus," said a driver.

The Wuhan government has said they are working on better solutions. "We have asked some hotels near hospitals to offer free room services to the medical staff, so that they are able to have a rest there," Zhou said, adding that local government will pay for the bills.

Click here to know all of the updates of the coronavirus outbreak. 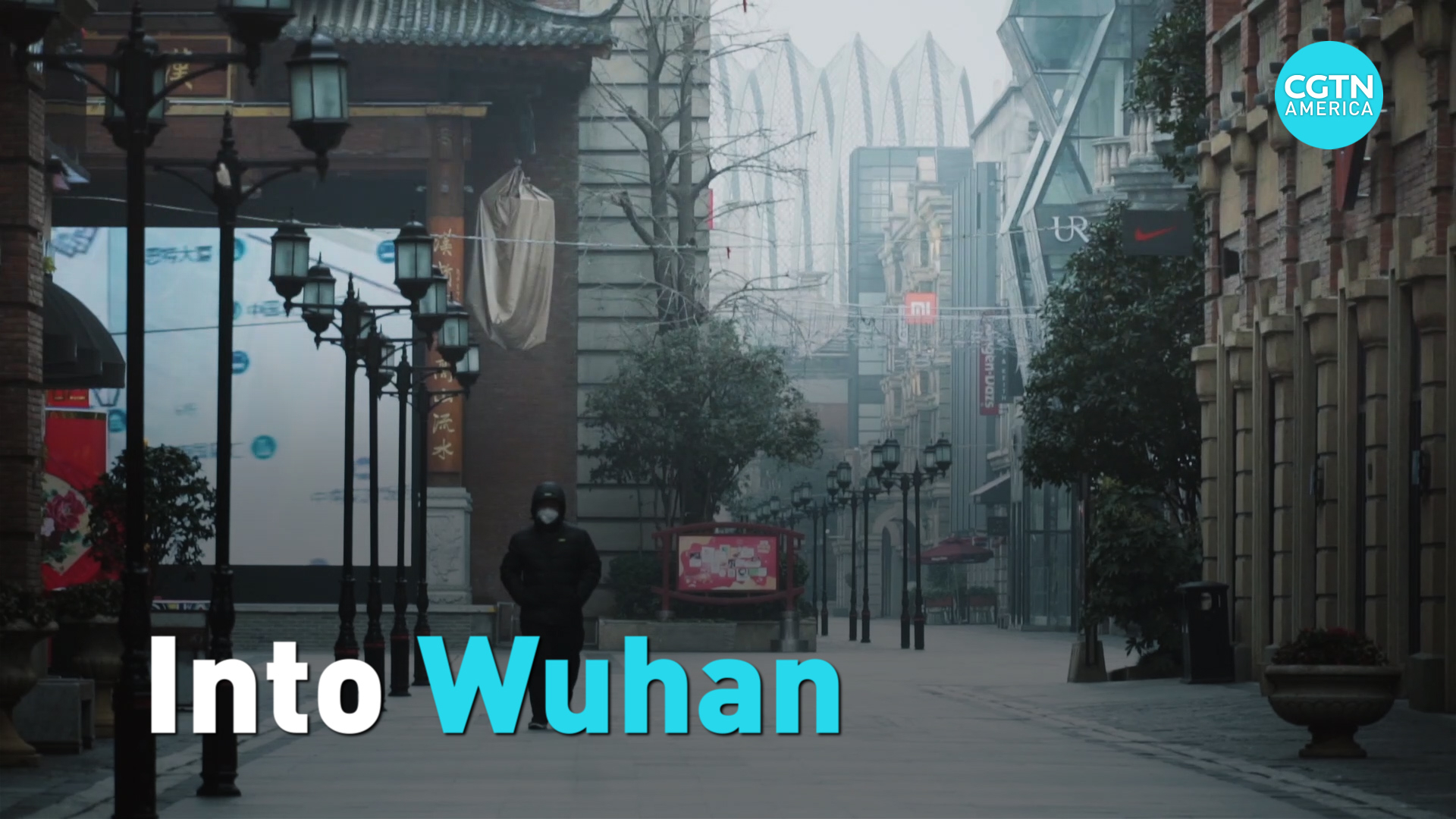 Zhou also made responses in his interview with a CCTV host to many concerns from the residents and the society. Here are some of the questions you may want to know.

Host: A few days have passed since Wuhan has shut down all major transportation. What are some of the effects?

Zhou: Because Wuhan is the origin of the outbreak, if we can effectively manage the source of the outbreak, we can stop the virus from spreading. The first step to stop the virus from spreading is to gain control of its source. If the people of Wuhan can travel less during this critical time, that's a huge contribution to our nation, as well as to humanity. Therefore we followed relevant protocol and decided to implement a lockdown on the city. So far, Wuhan residents have been very understanding. With the significant decline in travel, we have been able to contain the center of the outbreak. The results are quite obvious.

Host: The reason I asked this question was that we'd seen figures of confirmed and suspected cases on the rise. How should we interpret it?

Zhou: As to the relationship between the lockdown and the growth, I can't break it down on the go. We shut down transportation to stop the virus from spreading further. As to those who are already infected, the numbers wouldn't go down because of the lockdown. Looking from the principles of epidemiology, from when we had the first patient hospitalized on December 12 to the first case being confirmed on December 27, this belongs to the highly-contagious phase. Therefore, the growth in patient numbers is normal.

Host: You are talking about those who have fever. For these people, they should stay at home and self-observe.

Zhou: People who have fever can go to the fever clinic. If they only have symptoms of regular fever or cold, they can do home observation. If the community is at risk of infection, even healthy people should stay at home. So our motor vehicle ban has been imposed mainly with this in mind.

Host: If women, children or the elderly have sudden illness, how can you ensure their medical needs are met?

Zhou: That's what our community is doing with these vehicles. In addition, we continue to recruit volunteers to deal with emergencies. Although we are experiencing shortages, our first-aid system is sound.

Host: What are the difficulties that lie ahead?

Zhou: How to stay calm and sober in the face of the threat of the viral disease. Not everyone is familiar with the management of infectious diseases, including my colleagues. We're trying not to push the panic button.

Host: Has the panic subsided?

Zhou: The situation is transparent, it brings a lot of inconvenience in terms of treatment and travel. Panic is invisible pressure. Now people know what it's like to be infected and what kind of threat the virus brings to us, I think they won't panic if they are clear about the situation.

Host: I don't know if you have noticed after the outbreak in Wuhan and the lockdown, people outside of the city are alert to those from Wuhan or even Hubei Province. How do you see this kind of mentality?

Zhou: It's reasonable that people care about their safety. When they heard of the outbreak in Wuhan, they didn't know how severe the situation was and refused contact with people not just from Wuhan, but also those who passed by the city. Just like in 2003 during the SARS outbreak in Beijing and Guangzhou, I think it's a reasonable reaction.

Host: It's fair to say this public health emergency is a critical test of governance. How should we rise to the challenge?

Zhou: This is a serious challenge. Wuhan has been through many challenges like this before. There were the big floods in 1954, 1998 and as recent as 2016. We survived the SARS outbreak in 2003. We have the right people and courage to overcome this challenge, although it takes time. The pressure we're feeling from the virus, which originated in Wuhan, is very similar to what Beijing and Guangzhou experienced during the SARS outbreak in 2003. The SARS outbreak originated in Guangzhou, but Beijing was affected the worst. This year's outbreak not only originated in Wuhan, but also developed here, so everyone feels a tremendous amount of pressure, especially with medical resources. Wuhan is an important medical center in China, but it's in a tight spot when facing a sudden demand for infectious disease resources. So the problems are exposed. The municipal government is under huge pressure and working non-stop, but we didn't do it well, so the problems have been exposed.