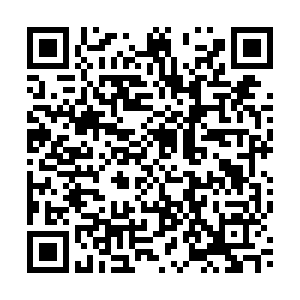 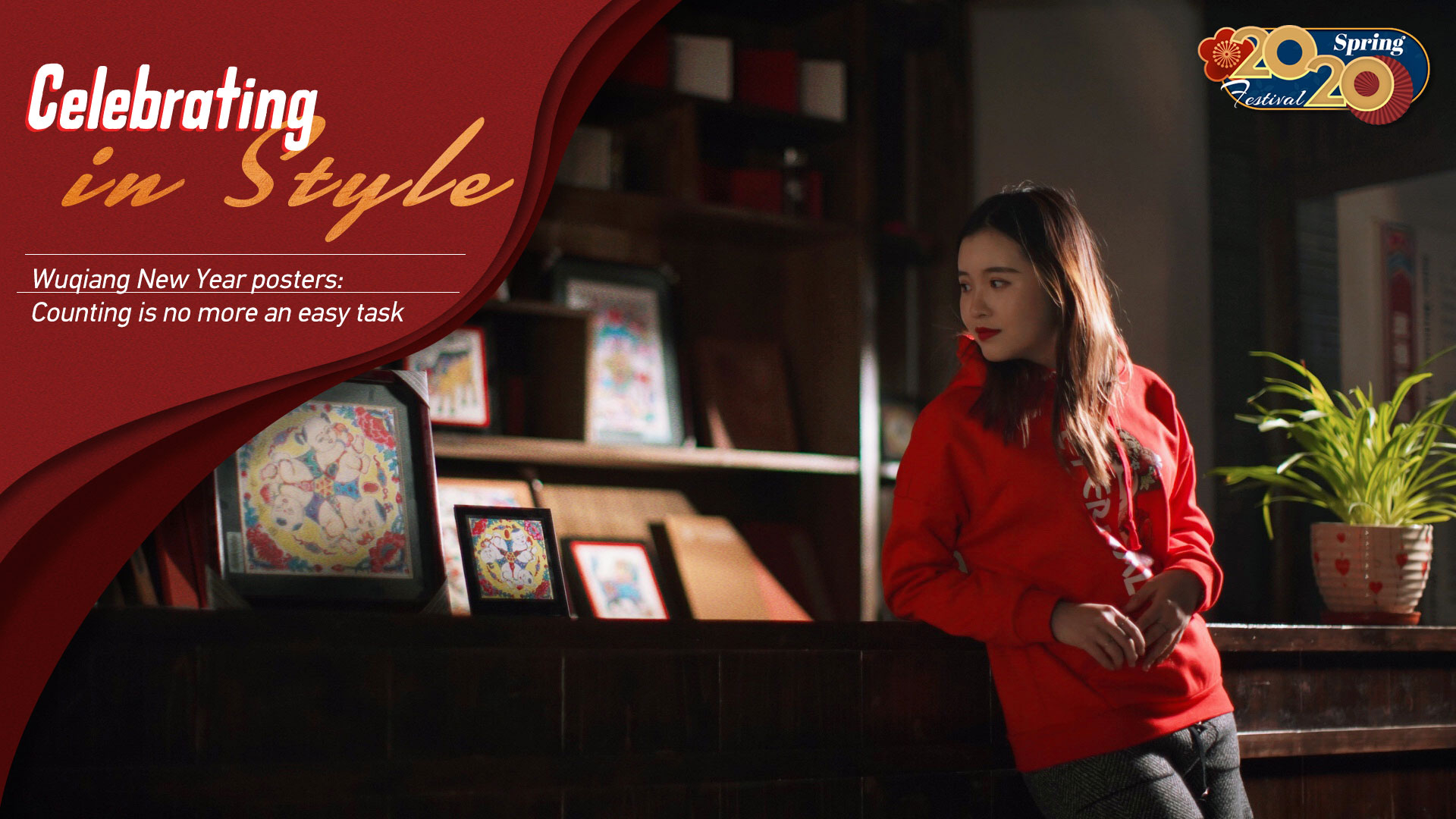 New Year posters are one of the most iconic decorations of the Spring Festival. People decorate entrance doors with stickers of the Door God and Chinese New Year posters to enhance the festive atmosphere.

Master Ma interpreted the meaning of this representative work: "This child holds an apple symbolizing peace; this one holds a peach symbolizing longevity and that one holding a persimmon symbolizes 'everything.' Together it means that everything will go well and people will live long lives.”

Named by the Ministry of Culture as the hometown of Chinese folk art of New Year wood-block print, the themes of the Wuqiang New Year posters are rich and varied including nature, animals, stories from ancient times, and sometimes it even criticize social events. 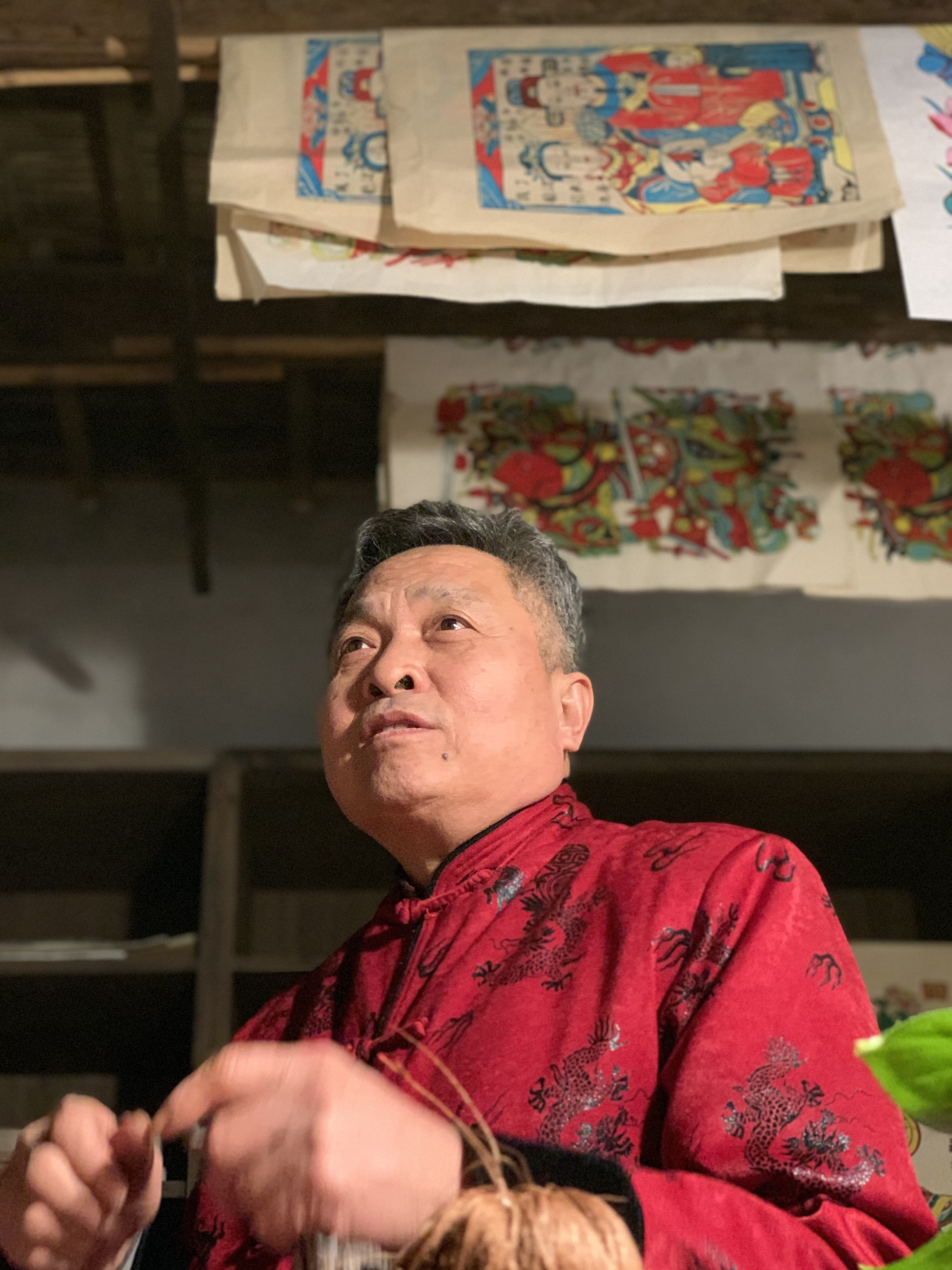 This technique has a long history in Wuqiang.

"In the beginning, New Year posters were mainly hand-painted, and then in the Song dynasty (960-1279), block printing gained popularity. Its heyday happened in the years of Emperors Qianlong and Jiaqing (1735-1820)," master Ma noted.

The sales of New Year posters were very high, the print run reached 100 million duikai (A1 paper size), and according to Ma, since one duikai can be divided into four to six smaller posters, the print run was actually more than 100 million pieces.

Although there is no big market for New Year posters now, master Ma has taken on more than 20 apprentices to ensure the inheritance of the art. "Six or seven of them can already work independently," he said proudly.

Let the ancient art skill be passed on to future generations, and the colorful New Year pictures bring joy to thousands of families – this is the New Year wish of the veteran artists of Wuqiang.