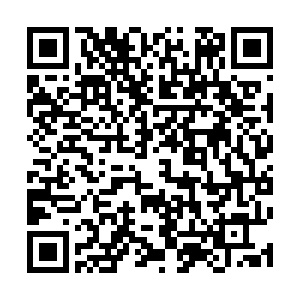 Consumer products giant Proctor & Gamble (P&G) is also one of the world's largest advertisers, and its every step in marketing and advertising is attracting attention from all sides of the industry chain.

Now, the giant is trying to reinvent advertising, looking to create a world with ads that people are actually willing to see, according to Marc Pritchard, chief brand officer at P&G.

"We're looking to create a world without ads as we know them today. That doesn't mean you won't have advertising. The Latin root of advertising is advert, which means to turn toward. So, what you're just trying to do is to get people to turn toward your brand," Pritchard told CGTN.

He explained that the company is trying to create ads that people "look forward to seeing" by merging ads with music, entertainment, film, sports, journalism and technology.

"SK-II is one of the best examples," the chief brand officer said, drawing on its Japanese brand SK-II.

"It's entertaining," he said. "It's actually very clear and focused on the message of what the brand is about, and it is done in a clever way, and the business is growing in double digits.”

Adding that P&G has changed from working with one agency partner to bringing different creative partners in to do interesting things, Pritchard explained that SK-II advertising came from four or five different partners. He believes changing the way P&G communicates with consumers could create better results while saving advertising costs.

"Creativity has changed," he said. "We've disrupted how we operate with agencies and all partners."

In China, for example, P&G has taken 100 percent of its media planning and analytics in-house, Pritchard said.

"We have really smart data scientists and really smart P&G people who could analyze that data effectively, and then do their own planning… We decided there are certain things that P&G people can do that are agencies don't need to do anymore," he stated.

Pritchard said P&G is selling not just products but also experiences, which explains why P&G, the consumer product giant, came up in the Consumer Electronics Show (CES).

"P&G is coming up with product packages that make people's lives better. What we want to do is to demonstrate how we're taking cutting-edge technologies and embedding them into everyday products to make better consumer experiences. Consumer Electronics Show is what CES stands for, and we call this Consumer Experience Show. We're trying to create experiences," he said.

Pritchard expects business to be "the greatest force in the future to solve big challenging problems," such as plastic waste, water crisis and climate change.

"Business has a broad reach. Business has the means and the innovation capability, and when they turn it toward solving problems, they will be able to solve it in big broad ways," he said

Its licensing technology, which "takes old plastic and converts it into pure polypropylene," will help sort plastic waste. "Polypropylene is one of the biggest ingredients in plastic, yet only one percent is recycled. So, this gives the opportunity to have that all recycled and reused,”Pritchard explained.

"You're going to see year after year more and more progress because we have some very clear goals that we're trying to accomplish," he forecasted.

P&G on the Chinese market

P&G last week posted a 14-percent rise in its core earnings in the second quarter of 2020 and raised its outlook for 2020 sales growth.

"We just announced our second-quarter earnings. And we're moving along nicely and delivering good results, behind our strategies of superiority and productivity, and leading constructive disruption," he said. "And there are a lot of good things going on in our brand building, in our innovation areas too."

China and the United States are P&G's two largest markets. The group hasn't seen its sales in China affected by trade tensions.

"We have local manufacturers and local teams. We really are focusing on the local consumers – what their needs are – and then make sure that we can deliver for them. And that's why we have such a strong business in China right now," Pritchard explained.

The chief brand officer also remarked on China's innovation, noting that "the ability to come up with innovations is pretty extraordinary.”

"Those local Chinese companies are successfully innovating and making business really strong," Pritchard said. "If you want to see the future, go to China."