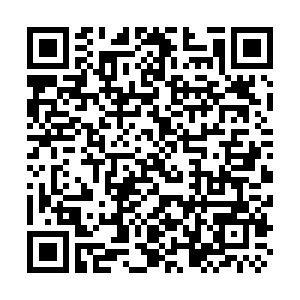 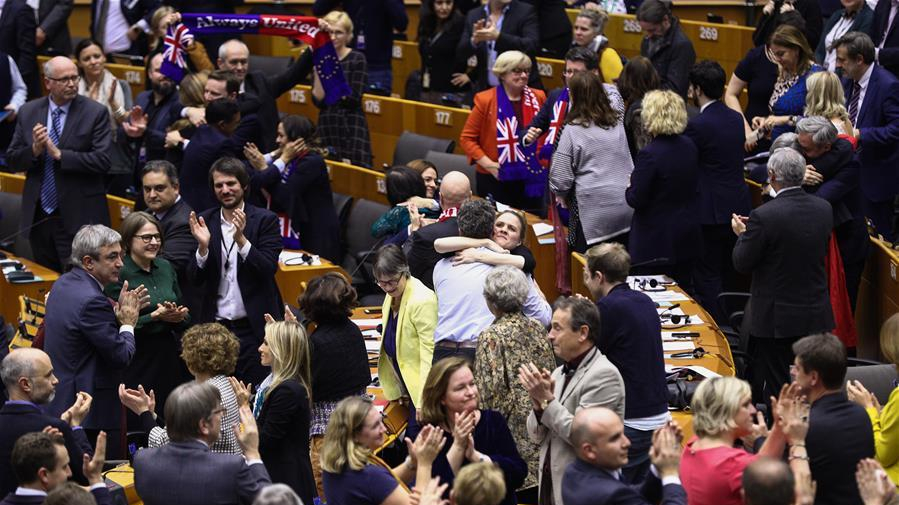 Members of the European Parliament greet each other after the Brexit vote in Brussels, Belgium, January 29, 2020. /Xinhua Photo

Members of the European Parliament greet each other after the Brexit vote in Brussels, Belgium, January 29, 2020. /Xinhua Photo

On Wednesday, Members of the European Parliament voted in favor of Britain's withdrawal agreement, giving it the formal ratification and thus affirming the country's departure on Friday. As the bill was passed, MEPs got together in the chamber and sang the Scottish traditional song "Auld Lang Syne" which spoke of friends never forgetting their "old acquaintance" and drifting apart. The song undoubtedly sent emotions high as it signified the end of a long era. Having joined the European Economic Community in 1973, Britain would now say its final goodbye and be no longer part of the union. Still, the sentiment to remain neighbors, sustain friendship and cooperation will continue.

It is the final goodbye moment of what has undoubtedly been a complicated history. Yet it wasn't always that way. Once upon a time, Britain was banging on the doors to get in. The decline of the United Kingdom as a global superpower and the demise of its imperial realm was a reality check for where Britain stood in the world. The Suez Crisis of 1956 proved a rude awakening as Britain's attempt to intervene in Egypt was opposed by the United States and the Soviet Union, revealing a new bipolar international order which made it clear for some that the UK could no longer "do it alone." As European integration took route, it was evident to leaders of that era where the country's future lay.

Britain repeatedly attempted to join the European Economic Community in the 1960s, only to be thwarted twice by Charles De Gaule of France who feared it would lead to domination by American interests. However as Harold MacMillan emphasized the "wind of change" as colonies continued to gain their independence, finally in 1973 Edward Heath was successful in affirming Britain's membership in a bid to revive the country's slumping economy. Still, something did not sit right. Questions continued to be asked as to whether this was truly the place Britain belonged. The country's left wing at that time opposed membership, arguing participation in Europe's "common market" was detrimental to British industry. The subject was put to a vote in 1975, but the country voted to stay by an overwhelming margin. 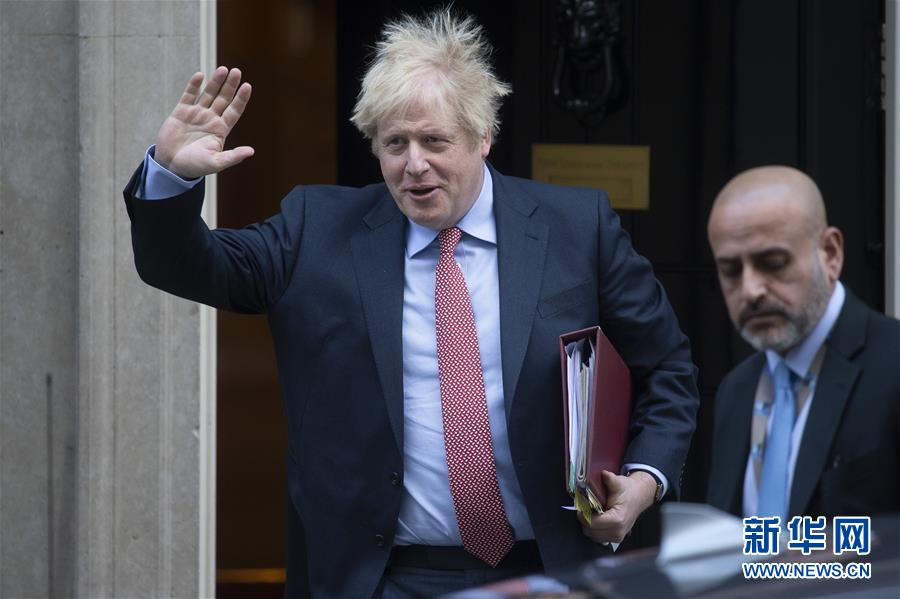 Yet as the world changed, this did not quash skepticism of Europe or the embracement of European identity within Britain. As the Cold War ended and Germany was reunified, reasserting itself as the economic power of the continent, Euroskepticism soon re-emerged with a right wing identity. Margaret Thatcher opposed the new European exchange rate mechanism, a preliminary to a common currency. The controversy generated fresh divisions in the Conservative party who were both for and against Europe that have persisted to this day. Then in the 1990s, the evolution of continental integration into the new political entity of the "European Union" via the Maastricht Treaty provoked a new backlash.

From this point onward, Euroskepticism became not a question of mere protectionism but a question of Britain's identity and place in the modern world. Critics accused the Brits of being unable to accept the new reality of what Britain is, based on nostalgia of what it was. The Conservatives failed to resolve this question, and whilst the Labour Party sustained a comfortable pro-Labour position in government for 13 years, as European integration continued, Euroskepticism did not just become a factional issue in the Conservative Party, but began to sustain public momentum.

A declining economic situation in the UK and the rise of political discontent accelerated this trend. Although David Cameron sought to be pro-Europe at first, the rise of the UKIP party forced his hand in pledging a referendum to try and put the issue to bed. He campaigned for remain, but underestimated the populist backlash which resulted in a shock leave vote. The next four years would create a toxic, polarized and bitter environment as some sought to pursue Brexit and others resist it. The factional struggles within the party saw Theresa May fail to implement her vision, but Boris Johnson has seemingly not.

Thus, the vote on Wednesday symbolizes the end of an era, not a joyful one, but a complicated one. Britain has struggled to define its place and identity in the post-war world and thus for the scope of over 60 years there has been a wrestle over Europe at the heart of its foreign policy. In every context, resistance to Europe simply refused to go away and in the end, the Euroskeptics have won. However, how Britain's future relationship with Europe will take shape, both diplomatically and economically, is still unclear. So, as history notes, don't expect the "question" of the EU to go away.