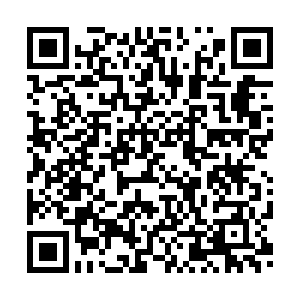 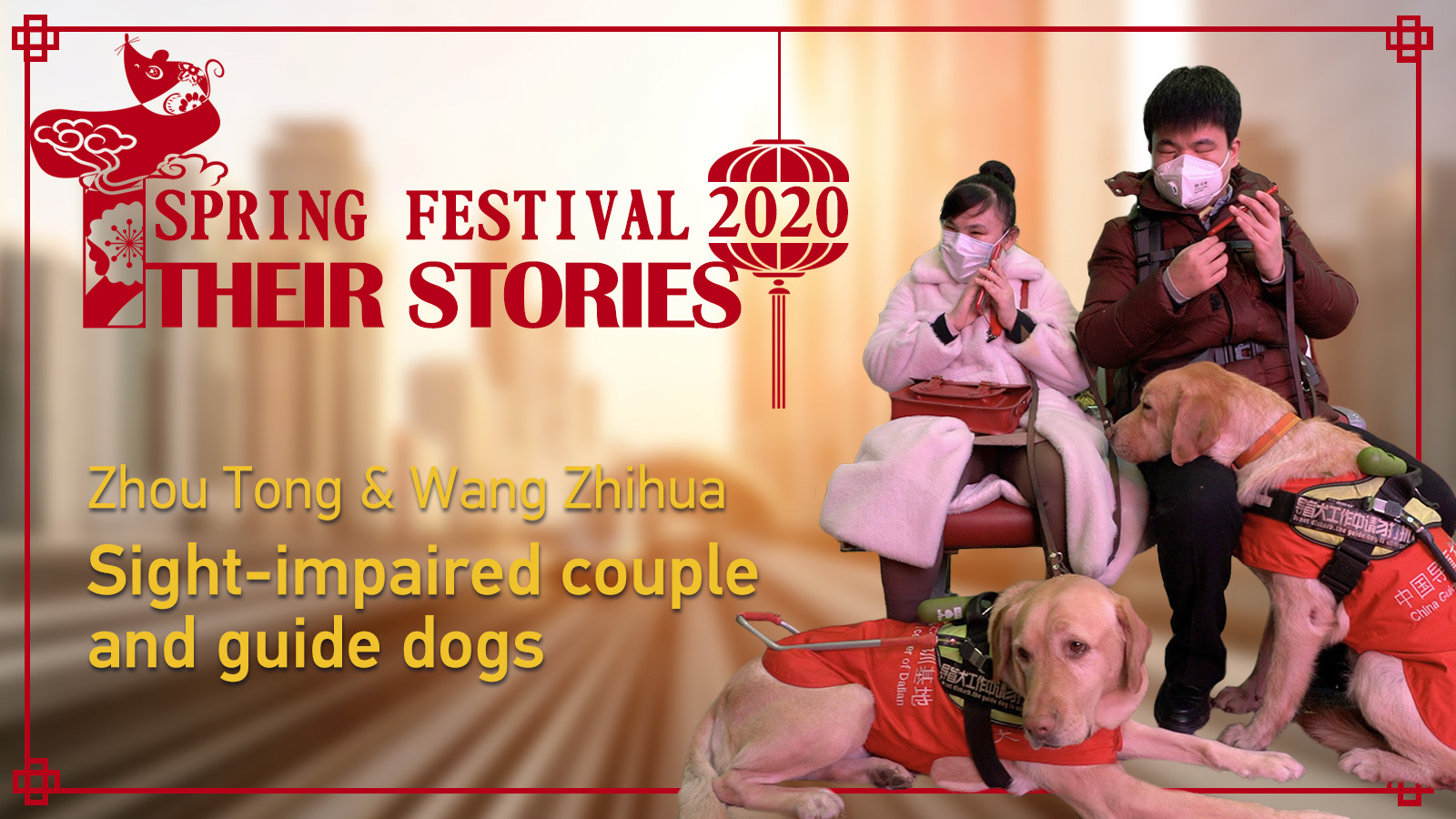 "Our life has become more comfortable after we got Little Jay and Mango," said Zhou Tong, the dog's owner, who has had congenital fundus dysplasia since childhood.

With the help of guide dogs and staff in railway stations, the couple made it to bullet train G4037, linking Beijing and their hometown Handan, a city in north China's Hebei Province. 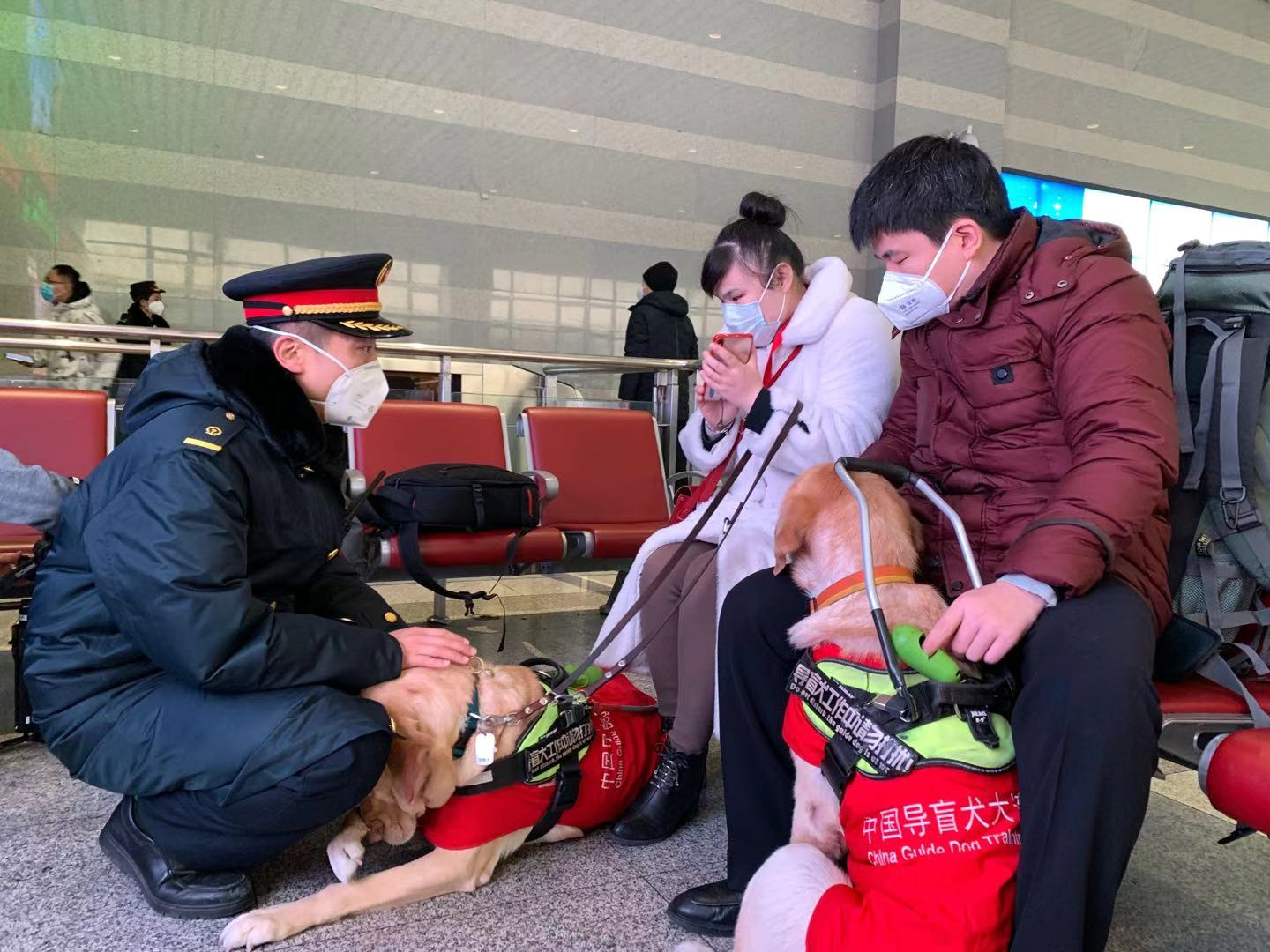 "It's very convenient to take the bullet train with guide dogs now. We usually call the 12306 customer service hotline to make an appointment for disabled passengers," said Zhou in the waiting room designated for the elderly, disabled and pregnant women. The station's staff helped guide them to the train.

According to Chinese regulations, passengers are banned from carrying animals on trains. However, a regulation rolled out in 2015 by the China Railway Corporation and China Disabled Persons' Federation allows visually impaired people to make train trips with their guide dogs.

A steward led the couple and the dogs to two seats near the bathroom and offered them beverages and snacks. 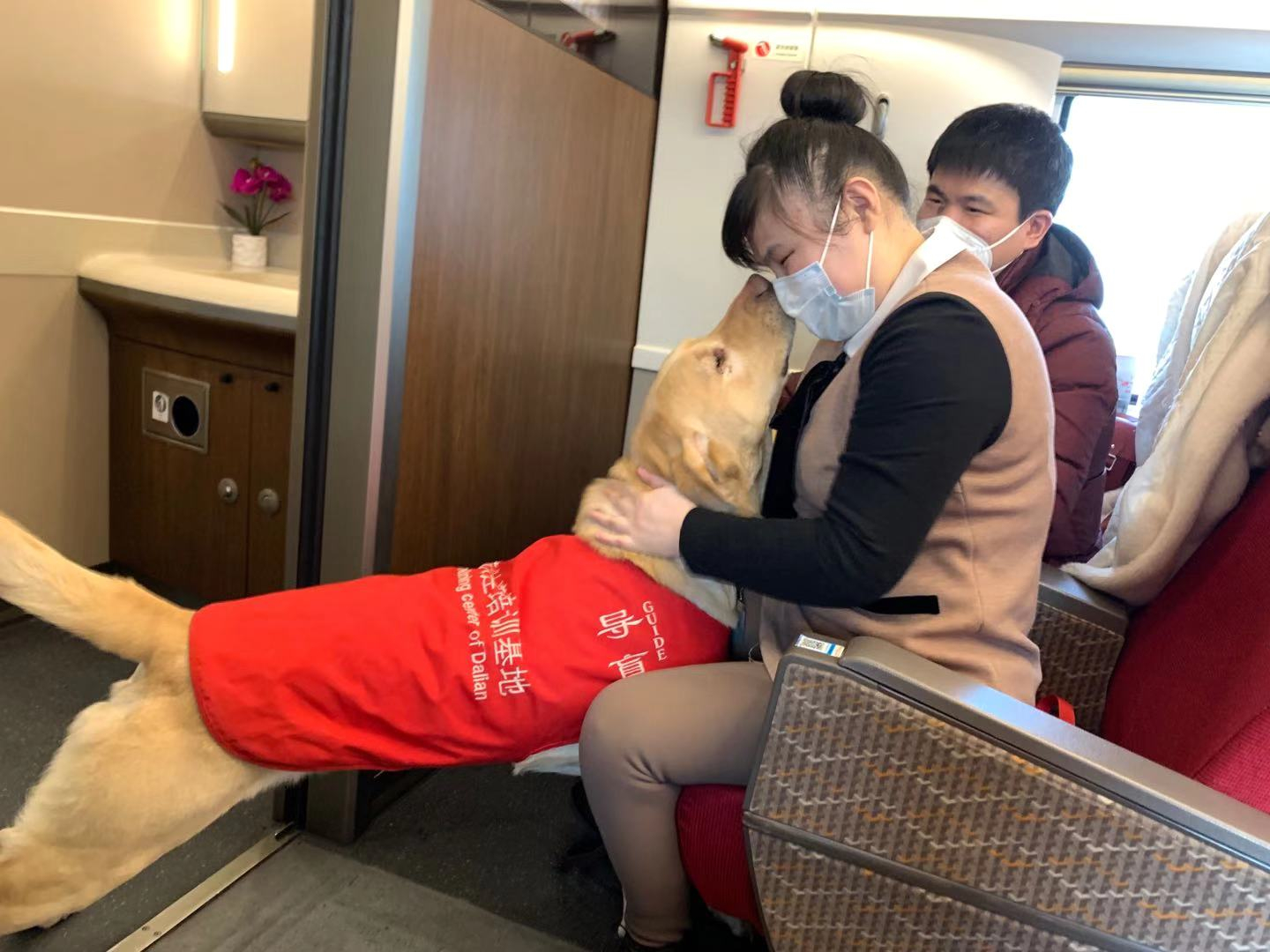 China has over 17 million blind and visually-impaired people. Many are restricted to their homes due to the inconvenience of going out. Zhou and her husband used to depend on the blind cane to go out before Little Jay and Mango joined the family in 2015 and 2016.

"It took us three to four years to apply for guide dogs," Zhou said.

The only guide dog training base in the Chinese mainland is in Dalian, a city in northeast China's Liaoning Province. With the elimination rate of about 60 percent, the application for guide dogs includes a long wait.

It was not the first time Little Jay and Mango got on a train with their owners, they were quite familiar with the way in and out of the railway station.

"Not many visually impaired people take bullet trains with guide dogs. They are the only two guide dogs I have ever seen," said a staff of Handan East Station, who showed the way out for the couple and their guide dogs.

Train passengers, especially those young ones, were curious when seeing Little Jay and Mango on the high-speed train, and some even attempted to pat or feed them. Such moves were persuaded away by the train crew, explaining that the dogs should not be disturbed as they were doing their job.

"We feel very thankful that many passengers are familiar with guide dogs and it's so nice of them to offer help", said Zhou. But there is a rule saying that people are not allowed to interact with guide dogs on the road, because of possible distractions. "They have dogs' nature anyway.”

A guide dog usually has a working experience of around eight to ten years. There are two more years left before Little Jay retires. The couple hopes the dogs can accompany their family in their later life.

"We probably won't apply for new guide dogs after Jay and Mango's retirement, and hopefully we can take good care of them in their later lives.”