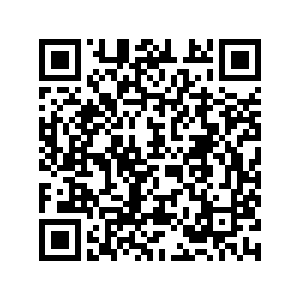 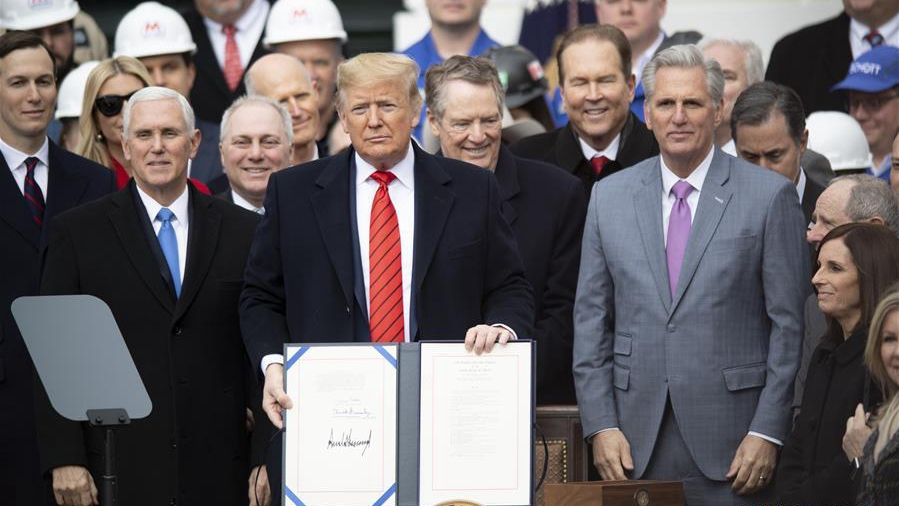 Editor's note: John Gong is a research fellow at Charhar Institute and a professor at the University of International Business and Economics. The article reflects the author's views and not necessarily those of CGTN.

The United States-Mexico-Canada Agreement (USMCA), U.S. President Trump's preferred name to replace the North America Free Trade Agreement (NAFTA) among the U.S., Canada and Mexico, has taken effect. This new free trade agreement sets an example of what is expected to come from America's trading relations with the rest of the world.

In United States Trade Representative (USTR) Robert Lighthizer's view, the ideal trade regulatory mechanism would be a hub-and-spoke architecture with Washington sitting in the hub surrounded by a set of bilateral relations with its trading partners.

The USMCA, which is more of two FTAs with the U.S. bundled in one, is one important step towards that vision. We will see more of this type of FTA coming as Washington would highly possibly shovel down the throats of Japan, South Korea, Australia, UK and maybe the European Union as well in the future.

But let's first talk about the good news which is that this FTA indeed reaches a very high level in terms of realizing various aspects of a free trade vision. For example, there are chapters about digital trade, intellectual property rights protection, competition policy and labor and environmental issues, which are all absent at the WTO.

Future FTAs around the world are likely to be modeled after many elements in this agreement, as more bilateral and regional FTAs proliferate everywhere against the backdrop of the WTO's continuous dysfunction.

But President Trump indeed doesn't like the NAFTA name because it is really difficult to call it free trade. Other than the hub-and-spoke nature, the Trump administration is also very much enamored with managed trade as opposed to real free trade.

Trump wants to win what the U.S. has lost in the marketplace back on the negotiation table. Thus, the recent Phase I Trade Deal with China includes a 200-billion-U.S.-dollar purchase commitment from Beijing over two years.

Trade with Canada and Mexico also needs to be managed. With Canada, it is about the exports of American agricultural products. According to this agreement, the U.S. would enjoy tariff-free access to 3.6 percent of Canada's dairy market, which, as experts predict, would be about 70 million U.S. dollars. Farmers in Wisconsin should be delighted, even though this amount of money doesn't sound much. 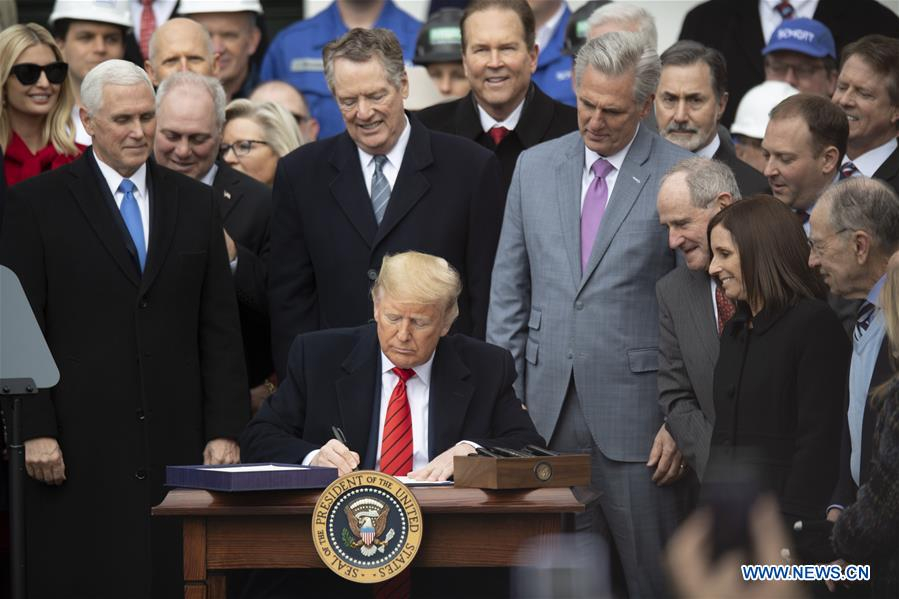 With Mexico, it is all about managing imports, particularly in the automobile sector. In northern Mexico along the U.S. border, there is a vibrant auto industry now as global auto giants have set up manufacturing facilities over the years. Trump wants to reverse that trend by incentivizing automakers to move back.

Under the original NAFTA, cars and trucks with at least 62.5 percent of their components manufactured in Mexico could be sold free of tariffs in the U.S. Buried in the rules of origin chapter of the USMCA, there is a provision that increases that minimum requirement to 75 percent. The USMCA also stipulates minimum wages for auto workers: 30 percent of the work done on eligible vehicles must be accomplished by workers earning at least 16 U.S. dollars per hour.

The final implication of the USMCA concerns China. Article 32.10.4 reads: Entry by any Party into a free trade agreement with a non-market country, shall allow the other Parties to terminate this Agreement on six-months notice and replace this Agreement with an agreement as between them (bilateral agreement). And the earlier Article 32.10.1 essentially defines a non-market country as Washington wishes. So clearly this is targeting China.

The implication of this is that Washington is not only constructing a hub-and-spoke FTA network, but it is also constructing such a network excluding China. Will it lead to a bifurcated world of two trading blocks – the U.S. and China? I hope not.