Will WHO cause more panic around China's coronavirus?
By Wang Xiaonan 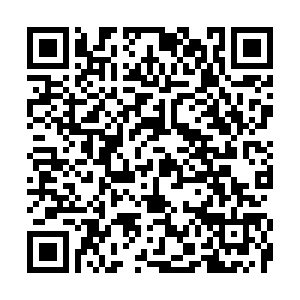 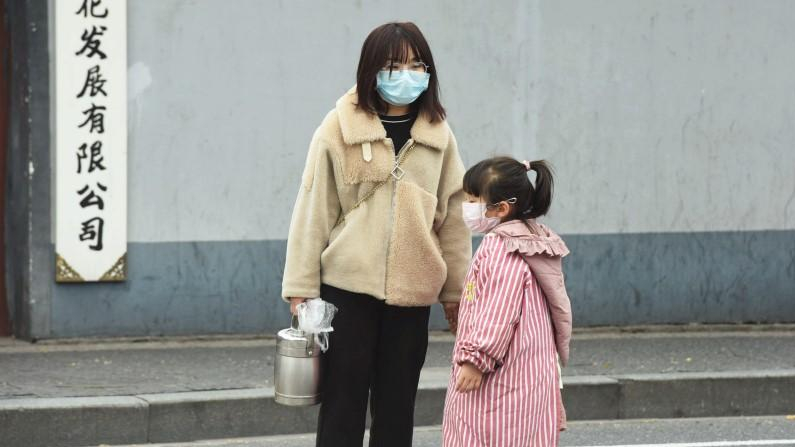 For the rapidly spreading coronavirus, which has been ravaging much of China, a potential escalation of the global response is looming on the horizon.

China has confirmed over 7,700 cases and reported 170 deaths. Outside of the country, at least 75 people have been infected across the U.S., Japan, France, Germany, and several other countries.

While the World Health Organization (WHO) is organizing an international panel of experts to work with their Chinese counterparts in the upcoming days to address the outbreak, its Director-General Tedros Adhanom Ghebreyesus tweeted early Thursday that he will reconvene an emergency meeting to determine whether to label the outbreak a public health emergency of international concern (PHEIC).

This will be the third meeting of its kind mulling over designating the novel coronavirus a global health emergency. At the previous two meetings, on January 22 and 23, WHO stopped short of declaring the virus a PHEIC.

Read more: Over 7700 confirmed cases of coronavirus in China, 170 dead 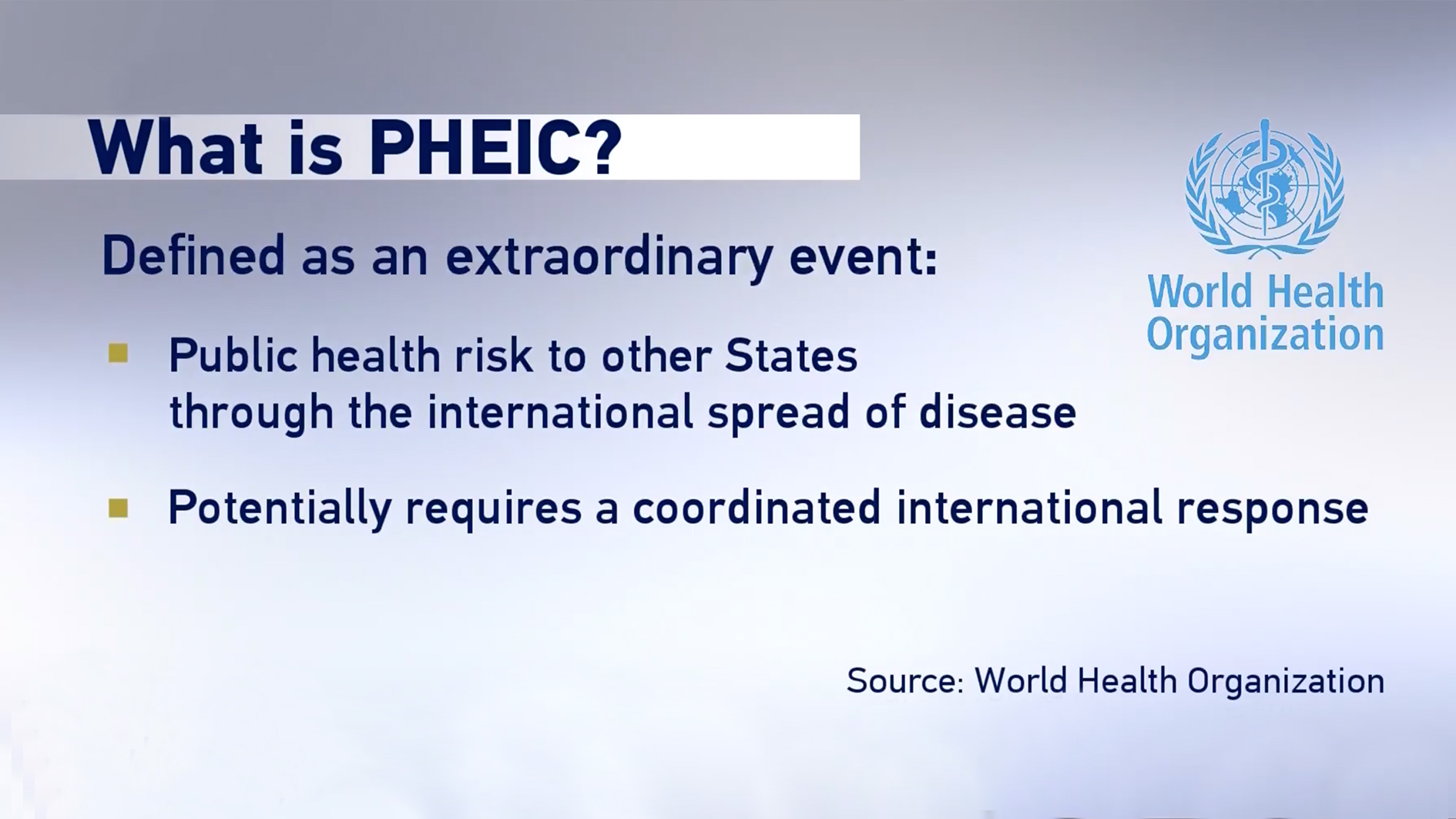 What constitutes a PHEIC?

Since WHO revised the International Health Regulation (IHR) in 2005 – much of it in response to the lack of a global system to address the SARS epidemic 17 years ago, only five outbreaks have been designated as PHEIC: the H1N1 influenza (2009), Poliomyelitis (2014), the Ebola virus in West Africa (2014), the Zika virus in Brazil (2016), and the latest Ebola outbreak in the Democratic Republic of the Congo since 2018.

The IHR defines a PHEIC as "an extraordinary event that poses a public health risk to other countries through international spread and that potentially requires a coordinated international response." It's a "serious, unusual or unexpected" situation that has gone beyond a country's border.

Then how do officials decide how serious the transmission of a disease has to be before it is an international public health emergency? After all, the equally headline-grabbing MERS (Middle East Respiratory Syndrome) outbreak in 2015 did not receive the designation. MERS is also caused by a coronavirus, albeit a different strain. Back then, the WHO said the main reason for not designating MERS as a PHEIC is the lack of evidence showing it had the ability of sustained human-to-human transmission. 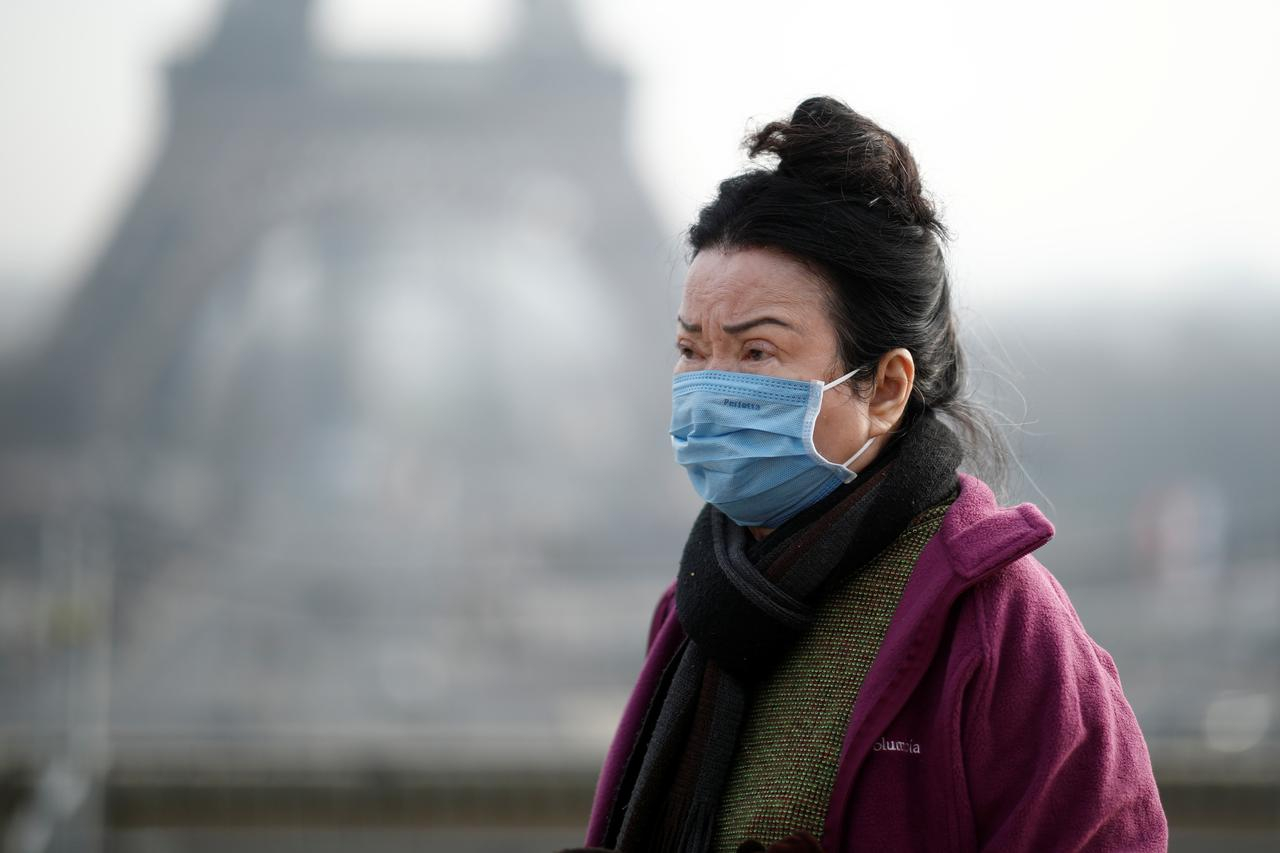 A woman wears a face mask on the Trocadero esplanade in front of the Eiffel Tower in Paris, France, January 25, 2020, as France confirmed three cases of the new coronavirus. /Reuters Photo

A woman wears a face mask on the Trocadero esplanade in front of the Eiffel Tower in Paris, France, January 25, 2020, as France confirmed three cases of the new coronavirus. /Reuters Photo

If the disease is labeled as a PHEIC, then relevant countries must assess its public health risks within 48 hours. After that, if national authorities determine that the event meets their basic criteria, they must notify WHO within 24 hours.

What follows such a designation is that the WHO can call for more resources to be directed to local response efforts, as well as coordinate international restrictions on travel and other measures.

If the WHO decides to call the novel coronavirus a PHEIC, it would put the disease originating in central China's Wuhan in the same category as the Ebola virus and the Zika virus outbreaks. 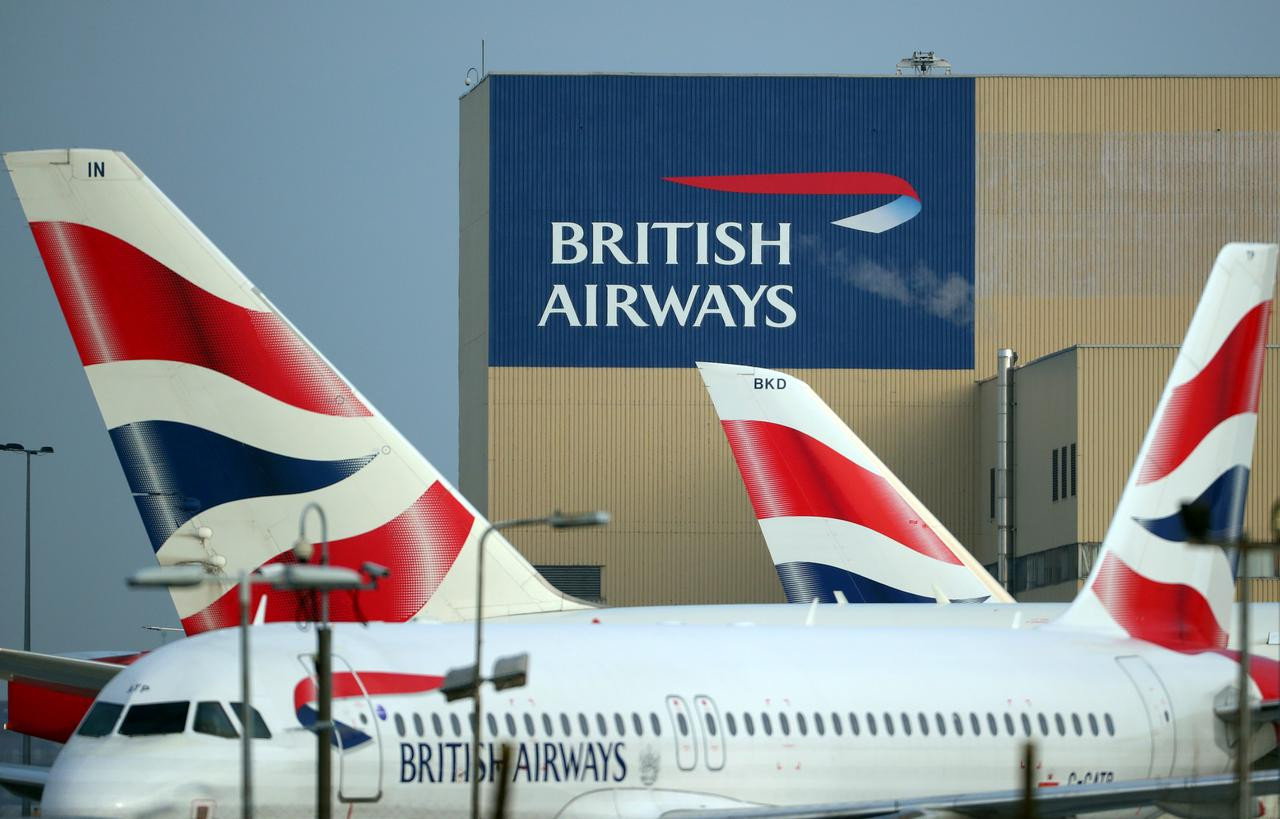 How will this designation change things?

Every virus outbreak causes tremendous economic losses. Pandemics knock on average 0.7 percent of the annual global GDP, or 570 billion U.S. dollars, a threat similar in scale to that estimated for climate change in the coming decades, according to a joint study by the World Economic Forum and the Harvard Global Health Institute. The scenario would only be worse if the virus is declared a PHEIC.

With such a label comes the concern that potential restrictions on trade and travel would severely impact the local economy. One year after the Ebola epidemic in 2014, the World Bank estimated that Guinea, Liberia, and Sierra Leone – the three African countries that were hit the hardest – would lose at least 1.6 billion U.S. dollars in forgone economic growth, or over 12 percent of their combined GDP.

The Spring Festival holiday in China is still ongoing. Hundreds of millions of Chinese have taken trains or flown home for a week or two. It's also a time to buy gifts for family members that have long been apart, or going out to restaurants to dine. The uncharacteristically empty streets this year as a result of the coronavirus and the panic it has caused would likely dent the usually robust spending by many Chinese during the festive season. Shopping malls are closing early and tourist attractions have been shuttered. 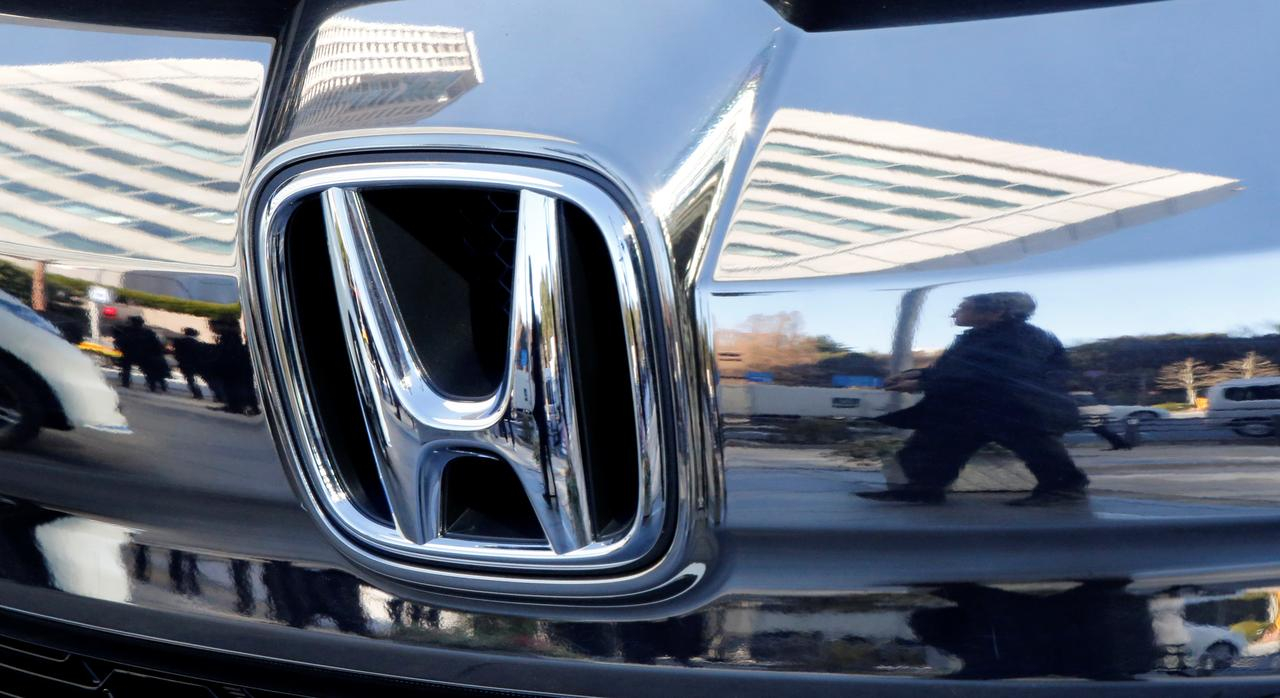 Honda Motor is withdrawing employees working around Wuhan. In this file photo, people are reflected on a Honda Motor car outside the company's headquarters in Tokyo, Japan, February 2, 2017. /Reuters Photo

Honda Motor is withdrawing employees working around Wuhan. In this file photo, people are reflected on a Honda Motor car outside the company's headquarters in Tokyo, Japan, February 2, 2017. /Reuters Photo

Globally, a number of airlines have stopped flights to China and cruise lines nixed upcoming voyages. Every day news emerges that more multinationals are halting their businesses in various Chinese cities. Starbucks has closed over half of its store across the country; Disney has shut down its its theme parks in Shanghai and Hong Kong; Uniqlo has closed some 100 stores in Hubei Province – the ground zero of the outbreak.

As one of China's substantial heavy industry centers, Wuhan and its surrounding cities are the manufacturing base to a handful of established automakers including GM, PSG, Honda and Nissan. Some of them have started withdrawing their employees and even considering suspending operations.

It is difficult to imagine how a PHEIC label could exacerbate the economic outlook not only in the world's second-largest economy but also the rest of the world.

Of course, safety is paramount at this time. During the MERS outbreak in 2015, WHO advised against traveling to affected areas in the Middle East, to where the origin of the coronavirus was traced, amid the pilgrimage season in Islam.

As new statistics pour out on a daily basis, the Wuhan coronavirus sees little signs of abating for now. Although the economy is important, a strong international response should be welcomed if it can contain disease transmission and mitigate risk factors. After all, a disease knows no borders, and humanity knows no limits.