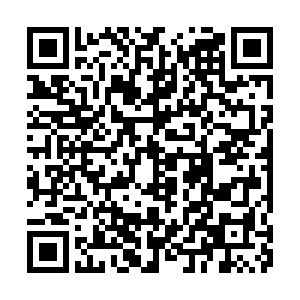 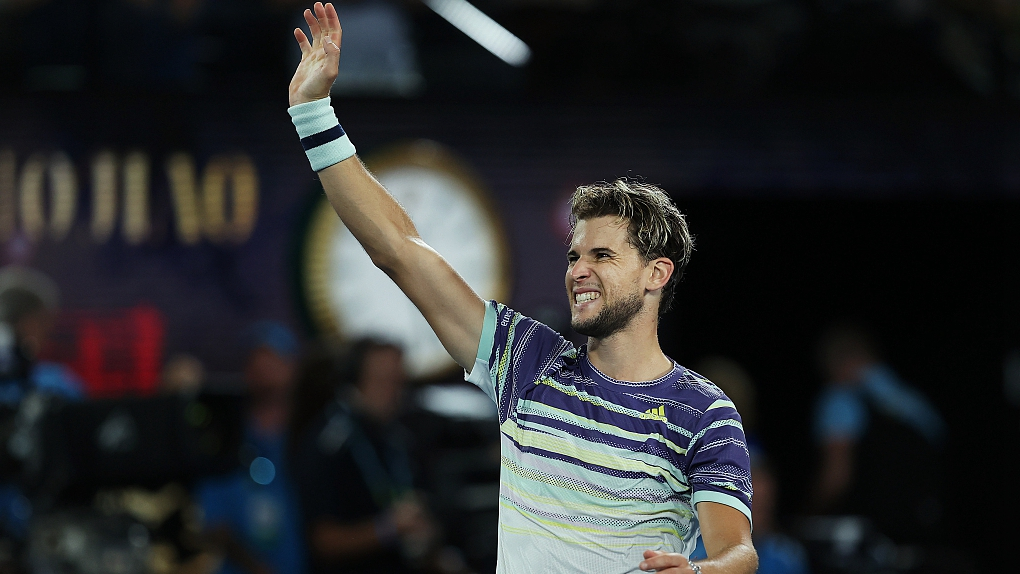 Thiem has his work cut out against the Serb who is on a 12-match unbeaten streak this season and has won all seven of the Australian Open deciders he has contested.

And if Djokovic needs extra motivation, winning on Sunday will see him reclaim the world number one ranking after Rafael Nadal crashed to Thiem in the last eight.

"It was an unreal match, two tie-breakers, so tough and so close. It was almost impossible to break him," said Thiem.

"Being in the Australian Open final is unreal. What a start to the season for me." 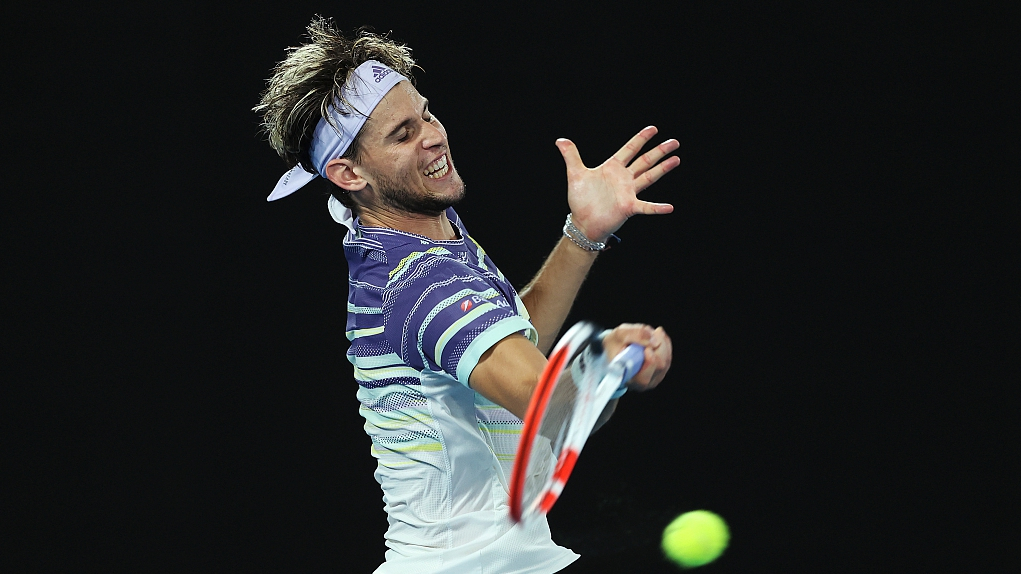 Thiem had dealt with semi-final pressure before, although always on the slower red clay at Roland Garros, where he reached the past two finals only to be beaten by Nadal.

That experience paid dividends as he coolly closed out the match after 3 hours 42 minutes to give himself another chance to break the stranglehold of the Big Three and win his first Grand Slam.

"I was playing four hours 10 against Rafa (in the quarter-finals), who is the most intense guy on tour, almost always so intense and long," Thiem said.

"So it was not easy to recover. But once all the adrenaline came, already when I walked into the full stadium was fine, actually, but still I had some troubles in the first set."

A jittery Thiem was broken in the opening game, saving two break points before sending a backhand wide to immediately be on the back foot.

Both players were nervous and the German failed to consolidate, broken straight back.

Their momentum was interrupted when rain began falling and the roof needed closing, but it was only a brief intermission and Zverev resumed to hold for 2-2. 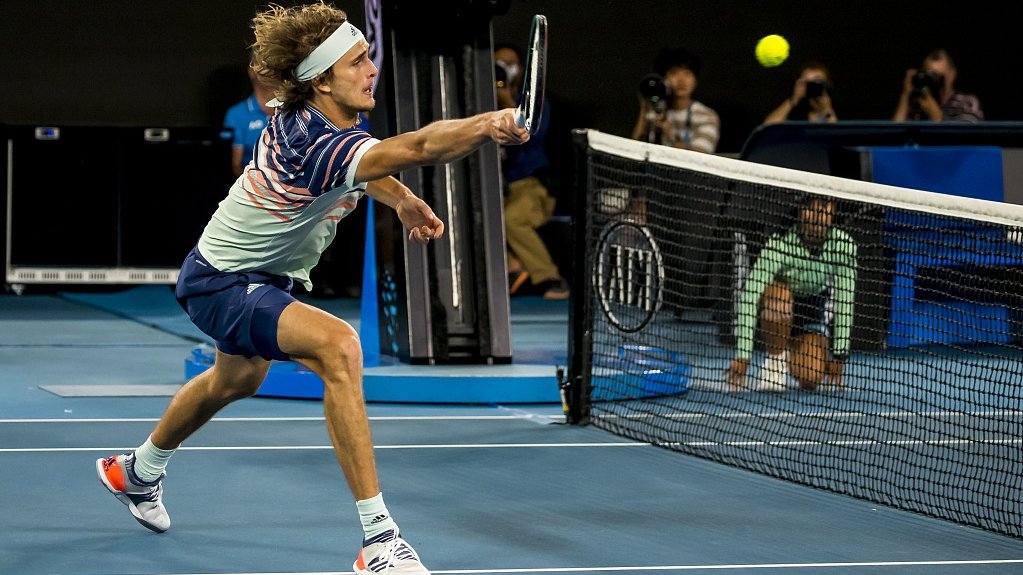 Alexander Zverev of Germany returns the ball during the semifinals of the Australian Open, January 31, 2020.

Alexander Zverev of Germany returns the ball during the semifinals of the Australian Open, January 31, 2020.

Thiem was still struggling with his first serve and a double fault handed the German a chance to go 4-3 in front and he grabbed it.

Zverev took command, putting 90 percent of his booming first serves in, and broke again to seal the set as the Austrian error-count mounted.

But the 22-year-old lost focus and two double faults in game three of the second set handed Thiem a 2-1 lead.

Zverev managed to break back but he was too erratic as Thiem broke again and clung on, firing an ace to take set two.

Bizarrely, play was halted for nine minutes one game into the third set when a light went out above the baseline and it bothered Zverev.

When they resumed, Thiem held serve and then broke with an epic backhand winner as Zverev again lost concentration and the momentum appeared to shift. 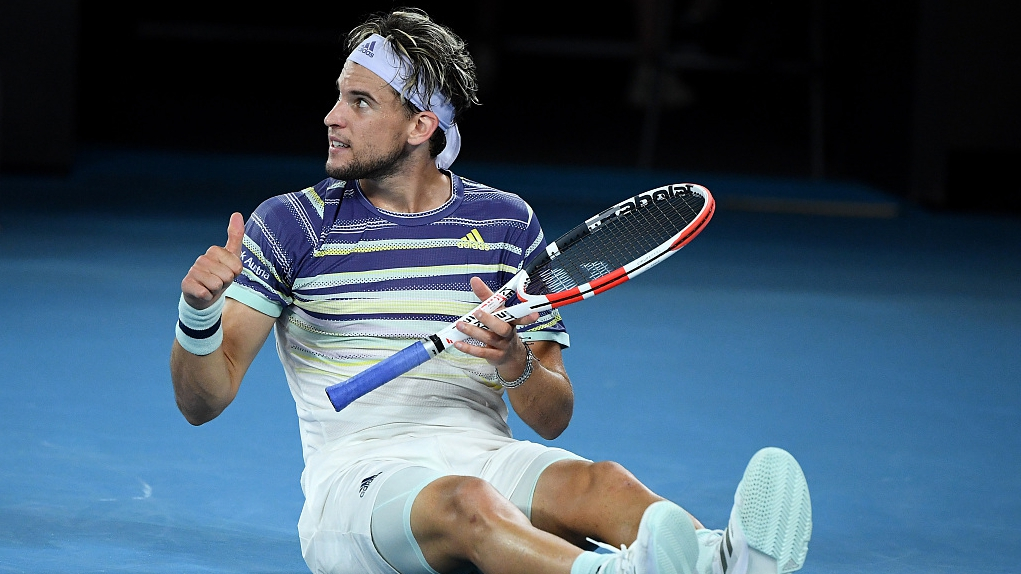 Thiem is one of the best returners in the game and was getting almost every ball back. He looked to be on his way, but Zverev refused to surrender and broke again to even it up.

It went to a tiebreak where Thiem turned on the style to take a stranglehold on the match.

There was little between them in the crucial fourth set as they traded blows. It went to serve and another tie-breaker when Thiem's experience helped him over the line.