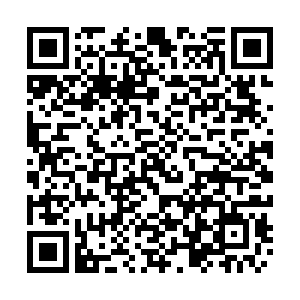 A burst of applause came from the crowd and even from the children sitting on their father's shoulders. All because of an amazing performance called Zhengding Zhongfan with a huge flag weighting over 50 kilograms.

Zhongfan, also known as Gaozhao, is practiced in Zhengding County, Shijiazhuang City, north China's Hebei Province, where it's popular in the New Year celebrations and other spare time activities in the local agricultural communities.

Decorated with ancient patterns of cloud and dragons and festive colors, the flag is made with careful design. Guo Jianbing, the provincial-level intangible cultural heritage inheritor of Zhengding Zhongfan, is a living example of a performer of this art.

According to Guo, the Zhongfan originated in ancient China's Tang and Song dynasties (618-1279). The flag was used by emperors in wars. Flag bearers back then usually play with it during their spare time, and after design upgrades by the local people, the flag has become what it looks now.

Real skills and years of practice are required to play with this beautiful 10-meter high, 50-kilogram flag. The performance incorporates over 50 movements, and strength is the absolute basic requirement for any Zhongfan player.

Guo learned to play Zhongfan when he was 12 years old, and with time passing by, Guo and many other veteran Zhongfan players improved their physical ability.

"People used to lift a big bag of wheat or sand (to build up strength), the weight gradually increased from five jin, ten jin to forty and fifty jin (2.5-25 kilograms)," Guo explained. On a windy day, the weight can reach up to 150 kilograms, which is very dangerous. 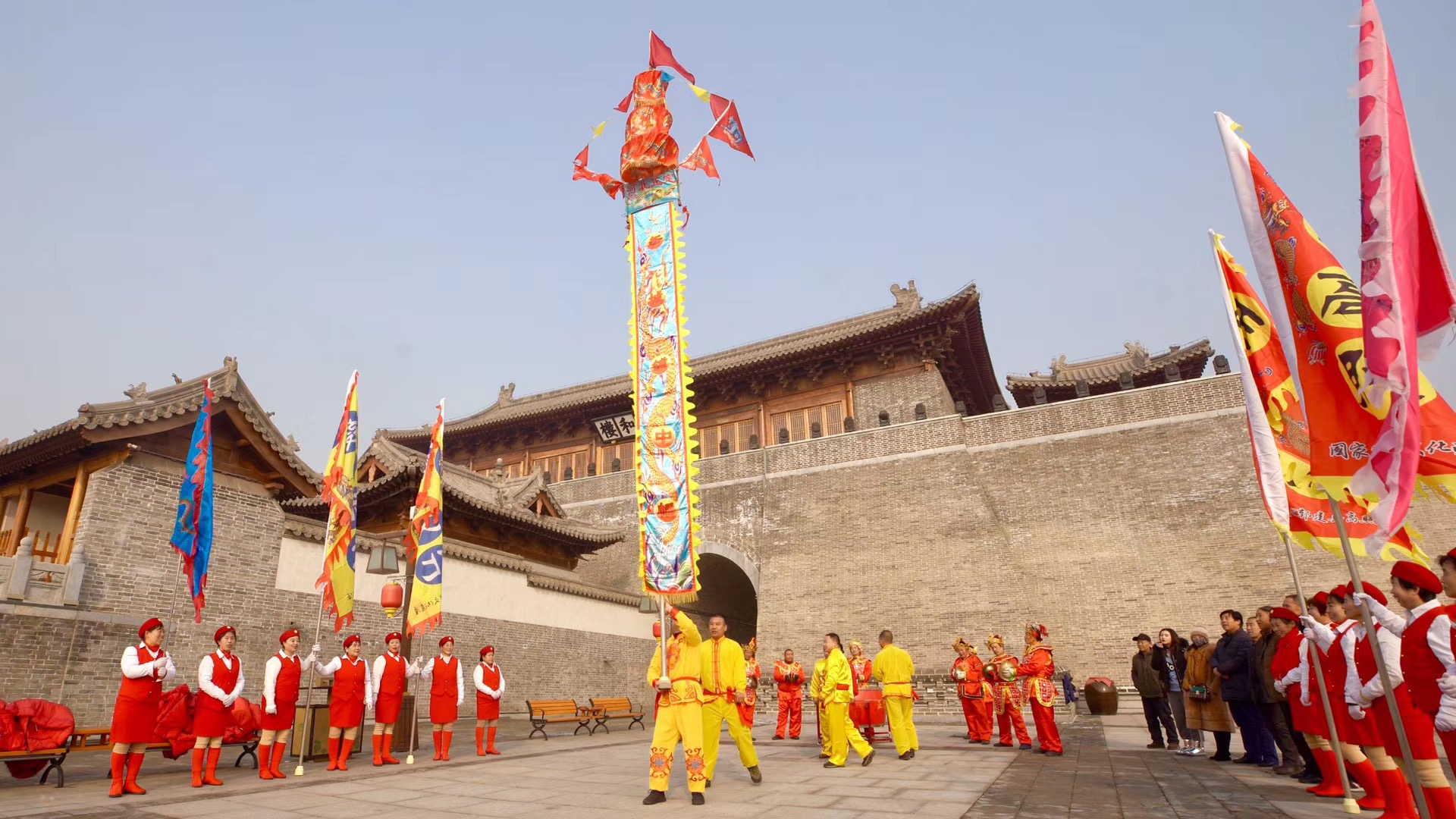 There is no easy way to master such a difficult skill. Enthusiasm is the main driving force.

In order to play the flags well, strength and coordination are necessary, but players also need to learn to control their breathing for when they throw the Zhongfan up in the air and let it land on their forehead. This move requires years of preparation and training, and for training they use what is technically called Taoding.

"Taoding is when you use a bamboo board and small rolling pin to knock it on the forehead so that the skin gradually becomes thick and hard enough to hold the Gaozhao," master Guo explained.

Guo's persistence and earnest practice has encouraged more people to join the team and inherit the art of the Zhongfan, and now he and his team has brought this art to school campus.

"In the next step, I'm going to introduce Gaozhao in the primary schools of our town and villages, and let the children learn it while they are young," Guo said proudly.