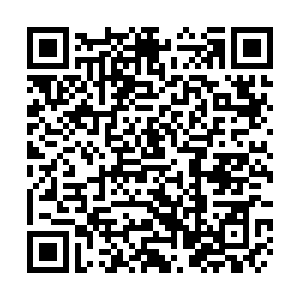 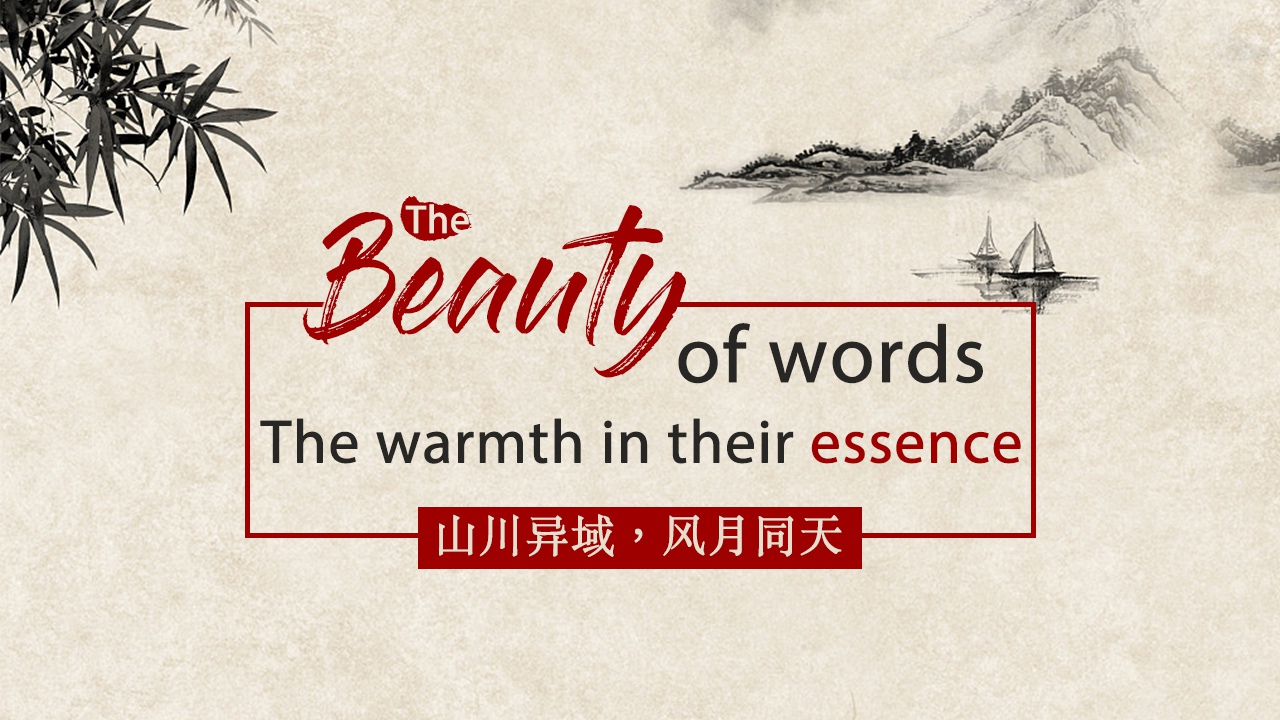 Languages are powerful, sometimes more than one can imagine. An ancient saying went viral on Chinese social media on Friday, "山川异域，风月同天," which means "Even though the landscapes are diverse, we share the wind and moon under the same sky."

The saying was printed on packages of masks and infrared thermometers donated to Wuhan by the Japanese institution responsible for the Hanyu Shuiping Kaoshi (HSK or Chinese Proficiency Test), amid the coronavirus outbreak, which already counts with 11,821 confirmed cases in China and  259 deaths, as of January 31.

On the packages, there were also Chinese and Japanese national flags, as well as encouraging words saying "Go, China!" 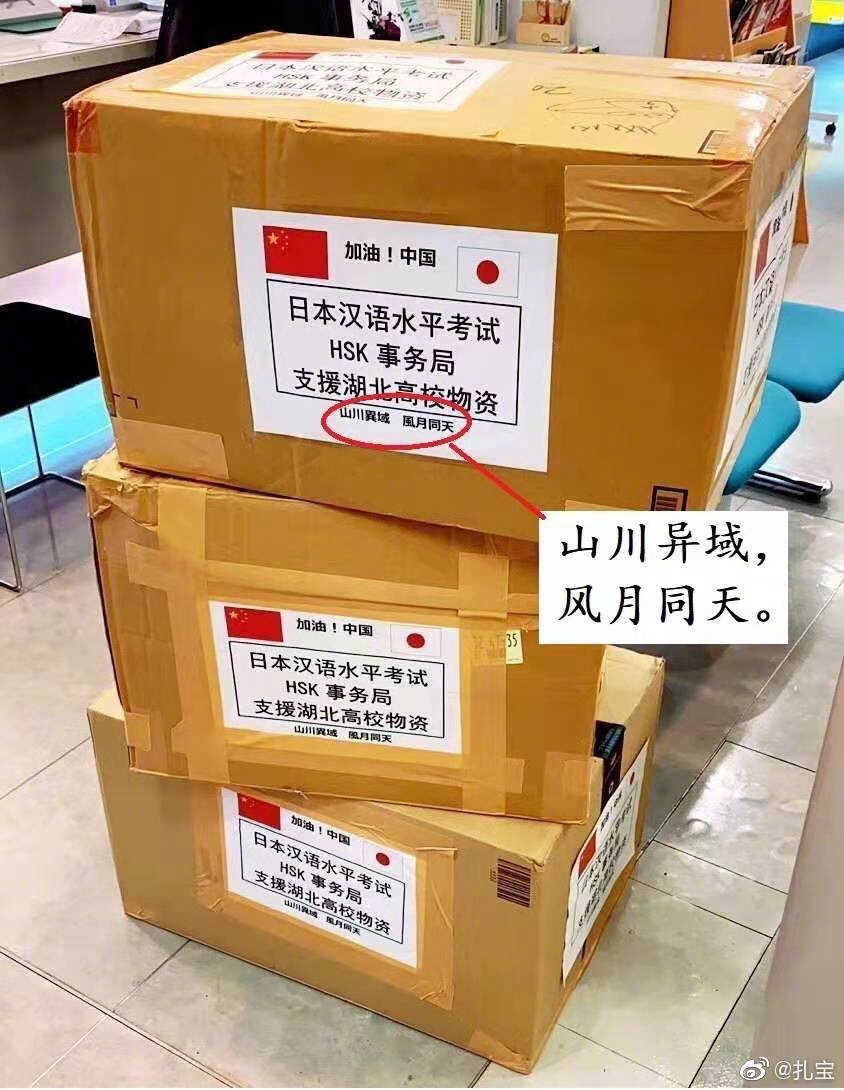 The beauty and warmth of words

The ancient saying instantly made into Sina Weibo's top searched keywords, with many Chinese netizens as well as influencers expressing how they were deeply touched by the eight-Chinese-character phrase.

"It feels like walking into the house from outdoors in the freezing winter and having a cup of hot tea. The warmth is inside," said an influencer with around 2.7 million followers on Weibo, the Twitter-like social media platform in China.

"It's not only the friendship behind the donation, but also the special beauty of the ancient Chinese language," he added.

"This is a special affectionate detail that could only be conveyed through the Chinese language. It's really touching," said another Weibo user. 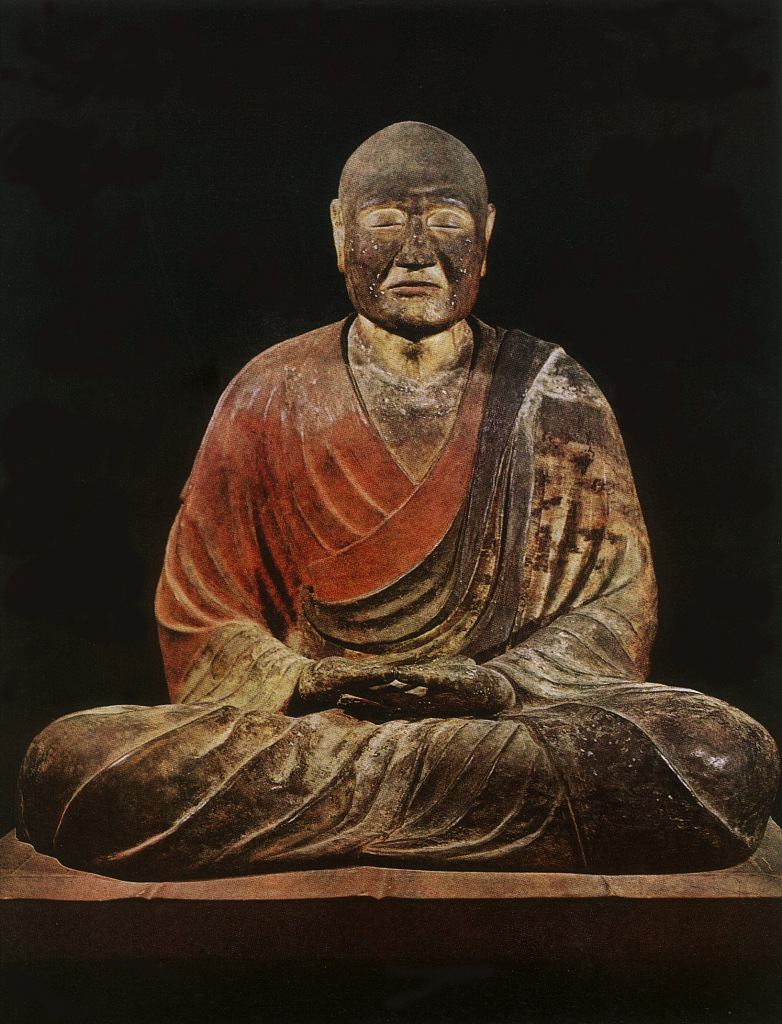 A statue of Jianzhen. /VCG Photo

A statue of Jianzhen. /VCG Photo

Though written in ancient Chinese language, the saying is by Japanese Prince Nagaya of the Nara Period (710-794) recorded in an ancient Japanese archive. It was firstly embroidered on the gowns sent to the monks of the Chinese Tang Dynasty (618-907).

Chinese monk Jianzhen, known as Ganjin in Japanese, was touched by the words at that time and determined to start his missionary journey to Japan. He attempted six times in 11 years before he finally arrived in the country.

Jianzhen took his knowledge of construction, painting, calligraphy, and medicine and contributed greatly to the development of Japanese architecture, medical studies, and arts. He spent the rest of his life in Toshodai-ji, a Buddhist temple in the city of Nara, never returning to China. Jianzhen is considered the messenger of culture between China and Japan, and he was respected by the people of both countries.

Behind the ancient phrase's widespread online, the Chinese netizens have also recalled the history, while deeply touched by the meaning in the phrase: understanding, sharing, and support.

Warmth from across the sea and beyond 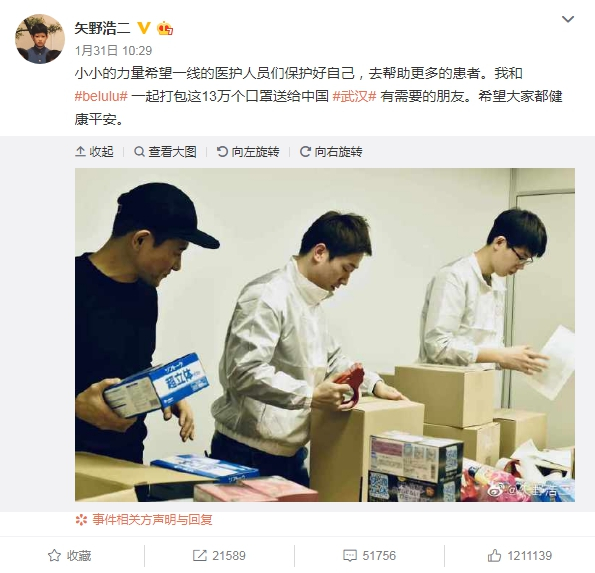 The Japanese were among the first to show their support after the virus outbreak in China. Many Japanese pharmacies have put up posters reading "Go, China" and "Go, Wuhan," when the outbreak was firstly reported.

Many of Japan's non-governmental institutions have donated masks to people in Wuhan City in a show of support. The HSK institution is one of the donators. Some Japanese cities have also donated masks and materials to their sister cities, each package labeled with encouraging words.

On Friday, Koji Yano, a Japanese actor whose career is based more in China, also donated 130,000 masks to Wuhan. He wrote in his Weibo that he hopes "the slight contribution could enable the medical staff to better protect themselves, to help more patients."

The post was liked by over 1.2 million netizens, while over 50,000 left their comments, expressing their gratitude.