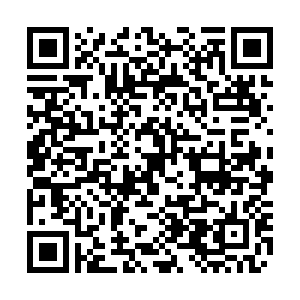 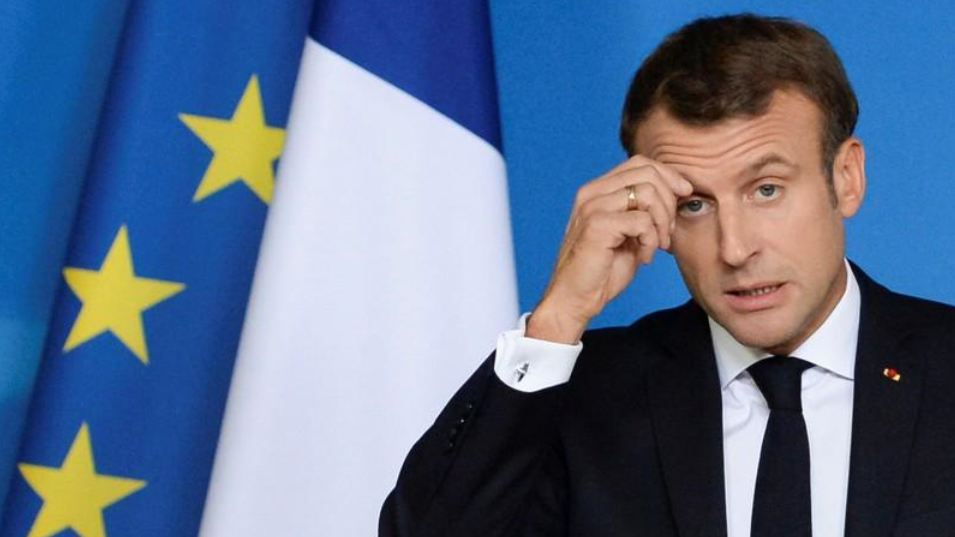 French President Emmanuel Macron gestures as he holds a news conference at the end of the European Union leaders summit dominated by Brexit, in Brussels, Belgium, October 18, 2019. /Reuters Photo

French President Emmanuel Macron gestures as he holds a news conference at the end of the European Union leaders summit dominated by Brexit, in Brussels, Belgium, October 18, 2019. /Reuters Photo

French President Emmanuel Macron visits Poland on Monday and Tuesday in an effort to reset frosty ties at a time when the departure of Britain from the European Union is reshaping political alliances in the 27-member bloc.

"Faced with the shock of Brexit, Europe must be stronger and remain united in the negotiations that are taking place," Macron tweeted Saturday.

Arriving in Warsaw days after Brexit, Macron is signaling the importance of one of the EU's biggest members, despite a relationship marked by clashes over issues ranging from climate change policy, NATO and Poland's adherence to the rule of law.

In an attempt to strengthen ties, Macron will propose new investment plans and try to build nuclear and military partnerships during the visit, French and Polish officials said.

Other topics leaders of both countries will discuss include climate, economic, and industrial cooperation.

"Perhaps we won't be best friends right away but we can gradually rebuild working relations," a Polish official close to Prime Minister Mateusz Morawiecki told Reuters.

Relations between Poland and France soured after Poland's Law and Justice (PiS) government scrapped a $3.4 billion helicopter deal with Airbus in 2016, angering France, which thought the deal was largely agreed.

Since then, France and Poland have been on the opposite sides of many arguments.

The French President, a fervent European integrationist, has also decried nationalist governments like Poland's and criticized, along with the EU executive, efforts by PiS to put Polish courts and media under more government control. 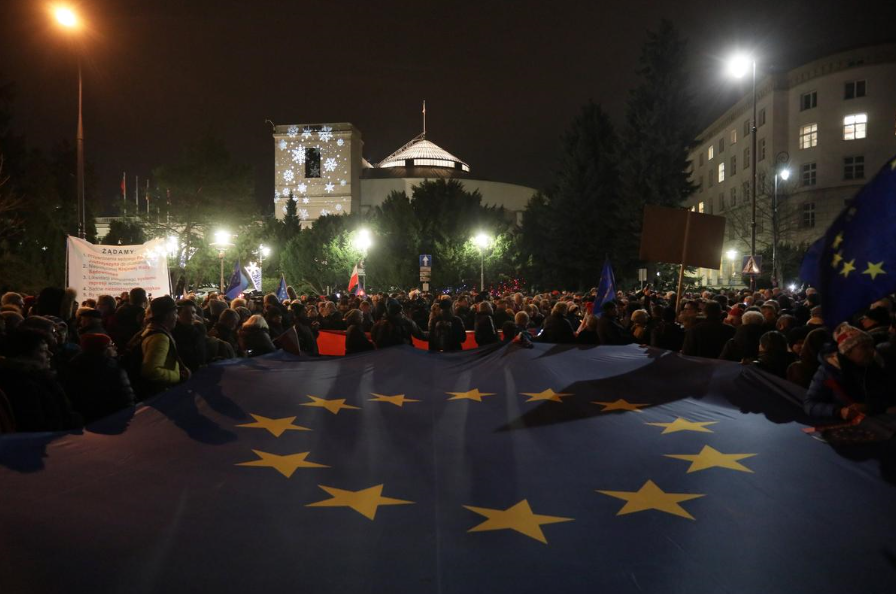 Demonstrators hold a rally to protest against changes to Poland's judiciary planned by the ruling Law and Justice party near the building of parliament in Warsaw, Poland, December 18, 2019. /Reuters Photo

Demonstrators hold a rally to protest against changes to Poland's judiciary planned by the ruling Law and Justice party near the building of parliament in Warsaw, Poland, December 18, 2019. /Reuters Photo

The PiS party, which won two parliamentary elections in 2015 and 2019 with an outright majority, has been pushing for controversial judicial reforms, which according to the party were meant to improve efficiency of the justice system but sparked fierce protests that saw the move as undermining Poland's democracy. Despite criticism echoed around the European circle, the party still enjoys immense support from Poles.

Both France and Poland want to keep generous funding for their agricultural sectors in the EU budget, but Paris is pushing for more action on migration and the climate, while Warsaw has rejected EU policies on both matters.

Political experts say, however, that Macron may be keen to test new alliances in Europe amid tensions with Germany, another EU powerhouse, over European reforms.

France and Germany have been at loggerheads over the past year as Macron's ambitious plans for reform have often run into resistance from the more cautious Chancellor Angela Merkel.

"Paris is looking for another partner to work on the future of Europe. Berlin is not delivering," said Michal Baranowski, director of political think tank the German Marshall Fund in Warsaw.

The PiS government has called for a reversal of some EU powers, wanting more say for national parliaments. But Poland's ties with Germany have also suffered during its rule, with PiS saying Berlin owed it money for World War II damage.