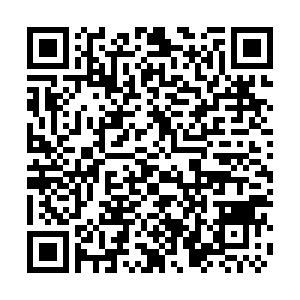 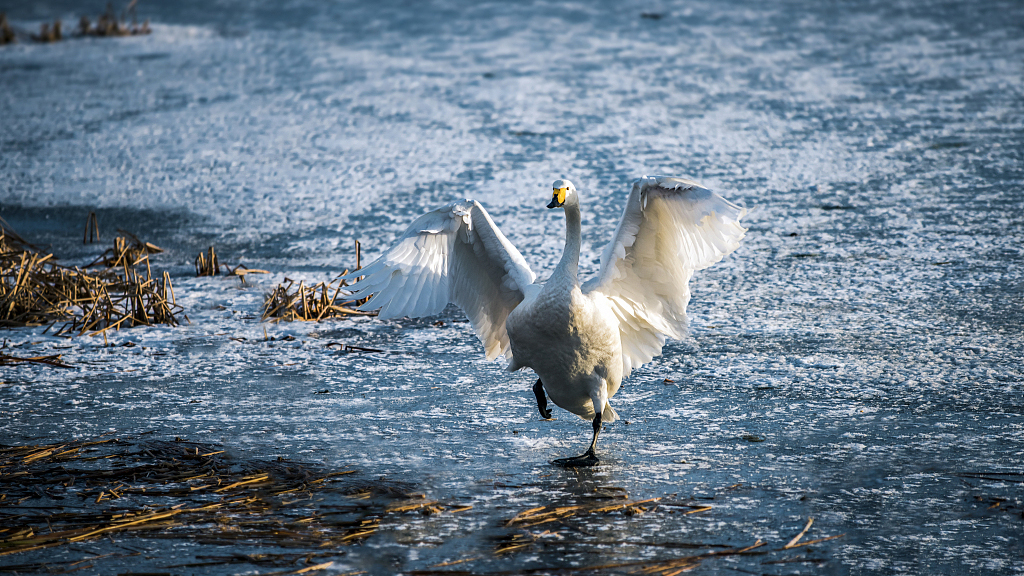 Twenty-three flocks totalling 815 wintering whooper swans have been recorded in northwest China's Gansu Province, according to a recent survey.

It was the first joint survey of the species in Gansu, covering a wide area along the Yellow River, China's second-longest river, and another three inland rivers including Heihe River and Shiyang River in Hexi Corridor, Gansu Province. 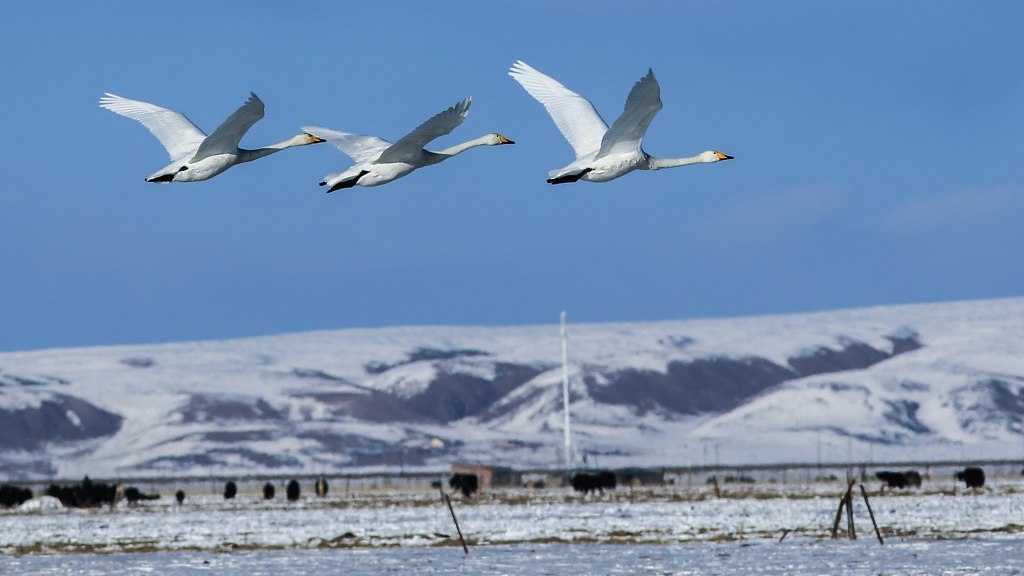 "The survey mainly covers the distribution, survival status, population and behaviour of the species," said Zhang Lixun from the School of Life Sciences, Lanzhou University. "It provides important information for the protection of the whooper swan."

Among the total wintering swans, 142 are adolescents. Meanwhile, 574 whooper swans were recorded along Heihe River, the second-longest inland river in northwest China. 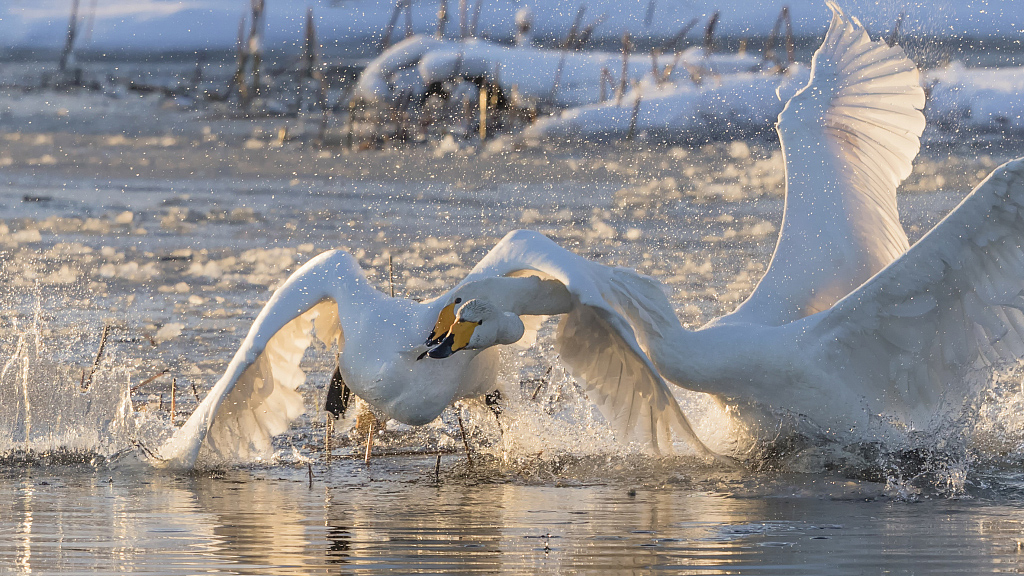 "It is the first time that the birds have been spotted in this area," said Zhang. "It shows that the local environment is getting better."

The whooper swan is under second-class national protection. Gansu Province is one of the important habitats for the species, as well as a key monitoring region.

China has been strengthening wildlife protection in recent years. With the development of national parks, wild animal populations have been growing in areas where the ecosystems and biodiversity protection and restoration are improving.