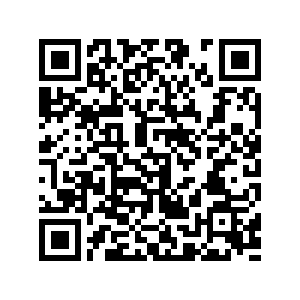 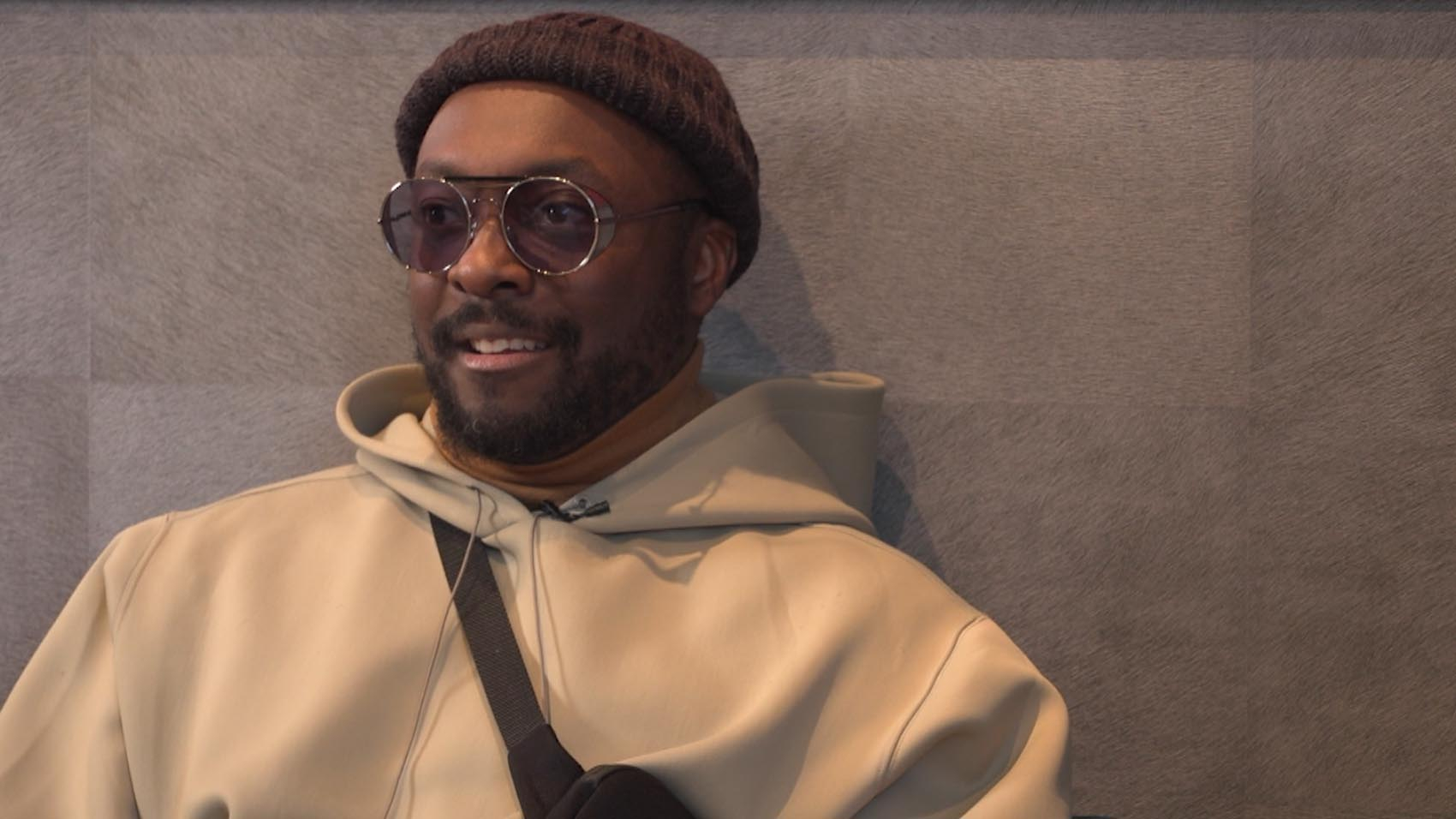 Will.i.am may be most recognizable as the multiple-award-winning front man of Black Eyed Peas, but he's also a "creative innovator, futurist and entertainer; technology investor," according to his latest bio by the World Economic Forum, where he was a guest speaker recently.

The multi-faceted celebrity is passionate about robots and AI, and is the founder and CEO of Artificial Intelligence (AI) speech-recognition technology company, I.AM PLUS.

In an interview with CGTN at Davos, will.i.am spoke about a range of issues including why he thinks capitalism isn't working, why China and the US should collaborate on tech, and why he is not afraid of AI and robots taking over the world.

He argued that in the movie "Star Wars," people aren't afraid of robots or AI, but work together with them. The only reason why robots in the movie "Terminator" robots were a problem, he said, was because there was only a single company controlling it. "So in 'Star Wars,' you have all these different types of robots made by different types of companies… they all figured out a way to talk to each other. It's a pretty beautiful world," he said.

On China-U.S. relations on technology, will.i.am argued that it's the "wrong approach" to have any form of rivalry but the countries should instead collaborate, as he did with his music.

Here are excerpts from the interview:

On AI and robots

Cheng Lei: So you just mentioned that you don't think even the smartest machines can out-love a human?

Cheng Lei: So is that the ultimate skill that we must possess in the future?

will.i.am: The ultimate skill that we possess in the future is love. That sounds very hippy and stuff right? Hold on. People always say like aren't you afraid of like machines taking over? I'm like, that's "Terminator." Why don't you pick another movie like "Star Wars?" In "Star Wars," people aren't afraid of robots in AI. They work with them. But what do they have in "Star Wars" that they don't have in "Terminator?" They have Jedi(s) and the Jedi are like these enlightened beings that know the power of the force. And it's hate and love. So a Jedi is like this ultimate loving being. Then you have the empire that is hate driven and love always conquers. If you were to use movies as an example of like you should be afraid of AI because the machines are going to take over. I'm like Nah bro. Just use "Star Wars" as an example, not that one. That one is one company controlling the technology. That's why "Terminator" was a problem. It was one company. Right? Skynet. They didn't say Skynet and a whole bunch of other companies. So "Star Wars," you have all these different types of robots made by different types of companies. If you break down "Star Wars" or like that robots made by a certain company, that throwback has a different operating system. They all figured out a way to talk to each other. It's a pretty beautiful world. And they're fighting this empire.

Cheng Lei: So there's all these big companies along the U.S. West Coast, there shouldn't be homelessness in, for example, California. But yet inner cities in the U.S. you have a lot of people who are suffering. Leading tech giants like Salesforce's Marc Benioff are saying capitalism is dead. Do you agree?

will.i.am: Um, that's a pretty bold statement. I could say capitalism hasn't been kind to the livelihood of people. But it's not... Mark's my mentor. So I don't know how like, correct that sentence. I don't feel like correcting that sentence. So I think capitalism hasn't been kind. I think it's in some cases, sometimes it's inhumane. But that's also for anything. You know, you could drown in water, but water is good for you? But you could also drown if you can't swim. Um, I think we're in that drowning moment. But we need it. We still need water. You still need opportunities. Still need business to thrive, to bring, you know, wealth. But you have to share wealth. You need to share knowledge. So I don't think it's done its job as far as sharing knowledge to those that need it.

On U.S. and China

Cheng Lei: Do feel in a Trump America that (multicultural America) is changing? With the talk of walls and illegals and such.

will.i.am: You know like I think we're given that too much credit. Too much attention. There's always been that. There was that when Bush was president, that's always been there — close-mindedness. Right? I'm American, I've always been American, I was American when Bush was president. Whenever I travel, and people were like, look at your president. I'd have to do this (will.i.am covers his face). I wouldn't say I was American then because people thought Bush was like a joke. But when people asked about Obama I was like yeah I'm American! Now it's that again, just more amplified here. Everyone had traveled back in the day when there was that certain president they always had either a smile or a duck. And that's for every nation. If you're French, you had your president that you were proud of. And when you travel, do you have your president, you're like this. Every country goes through their proud moments, and their not-so-proud moments. In an initial international level, this is America's not-so-proud moment. And then when it's done, whether it's 2020 or 2024, we would have another proud moment.

Cheng Lei: So what's your vote?

will.i.am: My vote is to continue to work in my community, do my job, because that's the only thing I can affect. I'm going to vote. (But) just like a lot of Americans, I don't know who yet. It's not that clear.

Cheng Lei: Do you think this 24/7 news cycle and the amount of time people spend on social media is clouding judgment about the basics?

will.i.am: No, I think it's deeper than that. I think of lack of education... I could bank on my phone today and I have to worry about like my bank account being hacked, it's pretty secure. I could unlock my phone my face, right? And I don't have to worry about you looking at it and it unlocks like these things are pretty advanced. Why can't I vote on it? You would think that I could vote on it. That's not the case. Because I don't really think they want you to vote.

They want you to vote, but they don't really want you to vote. Then I really want you to know simplified terms of what these laws they are trying to pass are. It's not really simple to understand. But when they want to sell you something, they make it really simple. To sell you something, they unlock your phone, they make it one click that one click and make it really simple to get your credit card Information to make you buy something real fast. But to buy into like how you're governed and the, nah, they don't make it that. Don't make it that easy.

Cheng Lei: So what would theme of your song be... the one that's Spanish, English and Chinese?

will.i.am: Good vibes. Yeah, there's good vibes in China… for the past six years, I fly to China, I go to Shenzhen because Shenzhen for a creator is like the ultimate place. It's like a playground. It is like it's Disneyland for the creative mind. If you want to make something, go to Shenzhen. There's no other place on earth like Shenzhen, no other place. Not to me. It wasn't even like that 20 years ago. Like that is what's amazing. So America can learn a lot from China and Shenzhen. What are you going to model it after? Like we could learn from each other? Like how did Shenzhen became the epicenter for making stuff.

Cheng Lei: So you don't think the cold war, in tech… ?

Cheng Lei: So you don't think China's rise is scary as so many politicians in the U.S. are now saying?

Cheng Lei: But looking at real life, looking at global geopolitics, do you ever feel 'where is the love?' For example, we started the year with almost a war.

will.i.am: Yeah, where is the love? Yeah, it's sad that... it's sad that we have to ask that question, you know, so many years after the song was written. Music is a beautiful concept – playing in time and in playing in key. If only politicians and world leaders can play in time and play in key and harmonize.