Can the Chinese economy weather the storm of 2019-nCoV outbreak?
First Voice 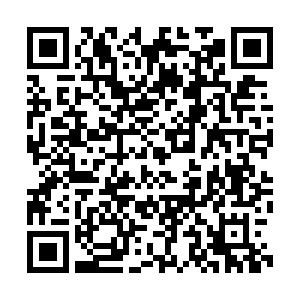 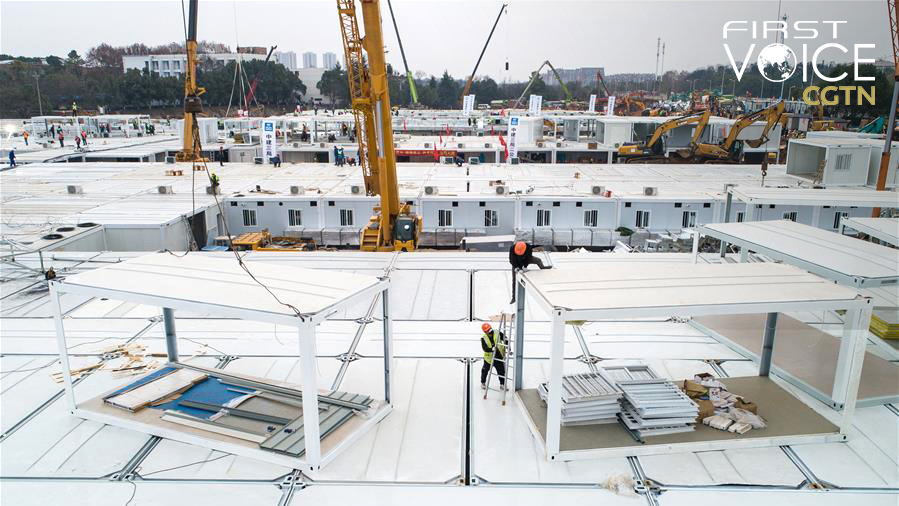 Aerial photo taken on Feburuary 1, 2020 shows the construction site of Huoshenshan (Fire God Mountain) Hospital in Wuhan, which is built to tackle the novel coronavirus outbreak and completed in ten days. /Xinhua Photo

Aerial photo taken on Feburuary 1, 2020 shows the construction site of Huoshenshan (Fire God Mountain) Hospital in Wuhan, which is built to tackle the novel coronavirus outbreak and completed in ten days. /Xinhua Photo

Chinese stock markets witnessed sharp falls Monday as they reopened following the end of the Lunar New Year break, reflecting the widespread concern on the negative impact the coronavirus outbreak is having on the country's economy.

Since January 20, when the Chinese President Xi Jinping made remarks on containing the spread of the coronavirus, the nation has been placed on high alert. As the situation escalates, the country has mounted an aggressive offensive against the novel coronavirus. Since January 23, travel in and out of China's Hubei Province, the epicenter of this outbreak, has been severely restricted. Travel restrictions have later expanded to other regions, while people across the country have stepped up precautions and avoided gatherings or nonessential travel. Furthermore, as the Lunar New Year holiday was extended, most businesses have delayed reopening.

All these reactions undeniably will have adverse implications for the country's economy, at a time when it is still reeling from its two-year-long trade tensions with the U.S. and grappling with a slowing economy.

But how big of a blow will it be exactly? And will the country make it through? As there is still uncertainty surrounding how the outbreak will play out in the following weeks, it is hard to have a definitive conclusion and quantify the impact at this stage.

Nevertheless, a look at China's experiences with the 2003 SARS epidemic can shed some light on the current situation, in terms of which sectors will be affected most and how long-lasting the impact will be. And despite all the concerns over 2019-nCoV's negative impact, the conclusion is that there is no need for over-panic or excessive stress.

Lu Zhengwei, chief economist at Xineye Bank, pointed out that during the 2003 SARS outbreak, which lasted for three quarters, the types of industries that were affected the most were transport, retail, restaurants and tourism. However, soon after the epidemic was over these industries quickly rebounded. And this should happen this time as well. Meanwhile, he added that over the past 17 years, there have been major changes in the Chinese economy which saw the above-mentioned industries take a smaller percentage in the country's GDP. With this in mind, disruptions felt by these industries should be smaller compared to during the SARS.

Looking at the timing of the outbreaks, Li Xunlei, chief economist and head of research institute at Zhongtai Securities, also noted that the impact the SARS epidemic had on the Chinese economy was mostly felt in the second quarter of 2003 with the growth rates of the four quarters that year being 11.1 percent, 9.1 percent, 10 percent and 10 percent respectively. He predicted that as the spread of the 2019 novel coronavirus is happening in the first quarter of 2020, if it doesn't continue into the second quarter, the impact will most likely be limited to the first quarter, the GDP share of which is the lowest among the four quarters.

Another major source of confidence comes from the fact that compared to the SARS outbreak, the 2019 novel coronavirus is less lethal and the Chinese government has acted more resolutely against the virus this time. There is no doubt that since late January, the Chinese government has made combating the coronavirus a national priority, deploying massive efforts to stop its spread. With the constant information sharing with the public and rigorous research efforts, there is a good reason to believe this outbreak can be much more efficiently dealt with than during the SARS episode.

More importantly, past experiences with global epidemics, not only the SARS but also the 2015-16 Zika outbreak and the 2009 H1N1 flu, suggest that the economic shock wave felt during these events are only short-lived. After the outbreaks, economies were always able to bounce back. Economist and Columbia University's School of International and Public Affairs Professor Shang-Jin Wei, also wrote in an article, "Looking at [China's] annual real GDP growth rates from 2000 to 2006, it is very hard to see a SARS effect in the data." 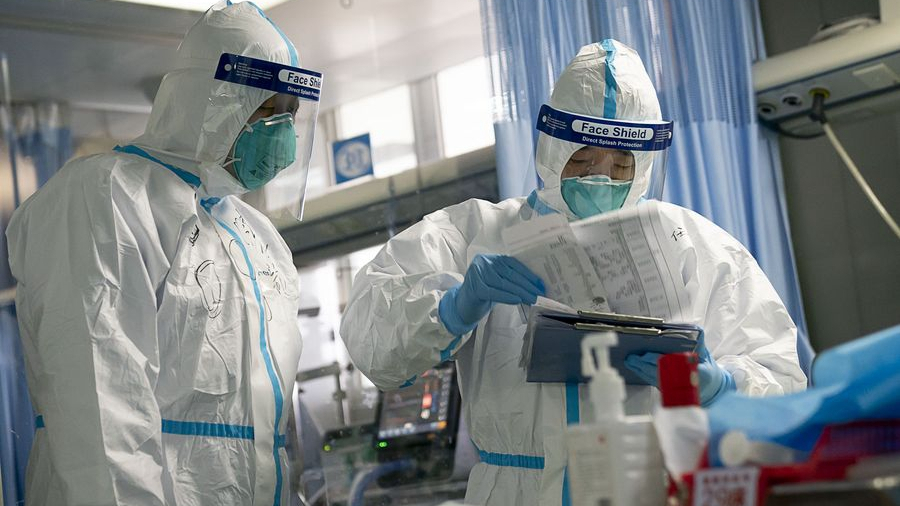 Nevertheless, even though the 2019-nCoV outbreak will not likely hurt the fundamentals of the economy, it does not mean the government should be complacent in dealing with its economic fallout, which the country's economists have repeatedly called attention to in recent days.

One concerning issue that has been highlighted is the pressure the 2019-nCoV outbreak put on China's small businesses. Extended holidays and subdued domestic demand will no doubt add to their financial stress. This will consequently have a damning effect on the country's employment, especially considering the most affected industries, such as transport and restaurants, employ a lot of the country's cheap labor. Moreover, if the crisis continues and causes exports to slow down, the labor-intensive and export-oriented companies will also have to lay off workers.

Huang Yiping, professor of economics at the National School of Development (NSD) of Peking University, provided suggestions on dealing with these problems: Firstly, the People's Bank of China should loosen its monetary policy; secondly, policies needs to be instituted to support the new economy and increase online consumption. Third, the government should offer small and medium-sized enterprises tax reduction; fourth, it should also shore up support for people who lost their jobs during the outbreak and strengthen social protections for migrant workers.

In conclusion, the Chinese economy will most certainly be able to weather the storm this time, as it did with the SARS outbreak. However, the government's response to support the economy, especially the country's small businesses, is also crucial and will have long-term impacts on how quick the economy will be able to regain its feet.