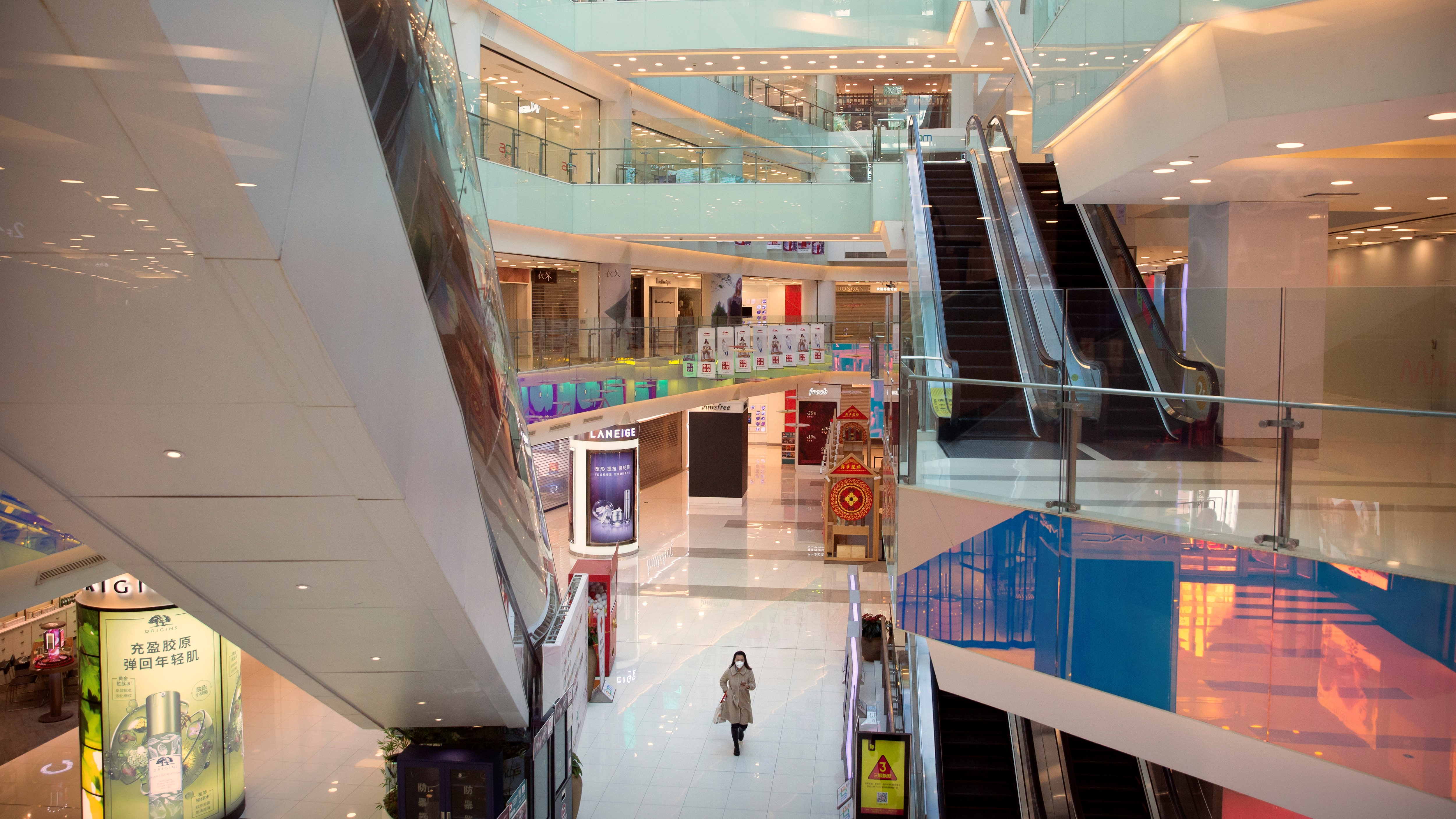 A woman wears a face mask as she walks through a nearly empty shopping mall in Beijing, which is usually full of customers, Tuesday, Feb. 4, 2020. Photo: AP

A woman wears a face mask as she walks through a nearly empty shopping mall in Beijing, which is usually full of customers, Tuesday, Feb. 4, 2020. Photo: AP

China is putting forward financial and fiscal relief measures in helping companies pull through the novel coronavirus outbreak that has been dealing a devastating blow to service industries such as restaurants, hotel and travel.

Measures have been introduced in Beijing, Shanghai and Suzhou in easing financial strain for impacted sectors, such as postponing the payment of social security fees for enterprises and offering them training subsidies.

Beijing's 10 most affected industries by the outbreak including tourism, catering, and transportation, may extend the collection period of social insurance premiums payable to the end of July, Xu Xi, director of the city's Municipal Bureau of Human Resources and Social Security announced on Tuesday.

He elaborated that the two industries, accommodation and catering alone will be "buffered"320 million yuan (46 million U.S. dollars).

Many restaurants have suspended operations in their physical outlets, but still need to support a payroll. For instance, the measure will help Xibei Catering, a popular chain restaurant serving Shaanxi cuisine, pay monthly social insurance up to 2.47 million yuan with its more than 2,000 employees in Beijing, according to Xu.

Jia Guolong, chairman of Xibei, said in an earlier interview that the epidemic has brought the company into deep financial crisis as the cash flow on his account will last less than three months.

The social security payment bases of the year will usually set higher than the previous year. Since the adjustment was delayed by a full three months, during which time, employees and enterprises can pay according to the original base, thereby ease the payment burden.

Eastern China's Jiangsu Province, one of the country's major bases of private-owned companies, also launched measures to support small businesses, including making sure the businesses get much needed loans in time, especially those companies that are badly influenced by the virus.

The local government also encourages the commercial banks to lower the loan interest by as much as 10 percent for the cash-strapped small businesses, and the companies that are producing products that could help fight the virus.

For the companies that didn't lay off people or didn't cut as much, they could see a 50 percent return of the unemployment insurance the company paid during 2019, and for companies that couldn't afford to pay social insurances for its employees due to the temporary halt of operation amid the virus crisis, the company can delay the payment as long as six months without compromising its employees' interest.

The small businesses could also apply for various tax cuts or delay tax payment up to three months depends on the severity of the influence from the virus.

The state-owned commercial entities are also required to lead the role in supporting SMEs, the companies that are renting spaces from state-owned properties could be exempt one month rent.

Xu Xiaonian, professor of Economics and Finance at China Europe International Business School, cautioned the impact of the epidemic on small and medium enterprises which support 70 to 80 percent of China's urban employment.

He said that in the short term, it is necessary for the government to take targeted measures to help these companies through, since the slowdown of business adds severe strains on their cash flow.

Services and retail are probably among the most-hit sectors, industry insiders are wondering how would the authority come up with more tailored solutions to tackle with the cautionary business mood and dampened retail activities.

Sherri He, Managing Director at Kearney Greater China, said since service industry now contributes more than 50 percent to the Gross Domestic Production, the government should offer not only postponing but also reduction of tax to help these sectors.