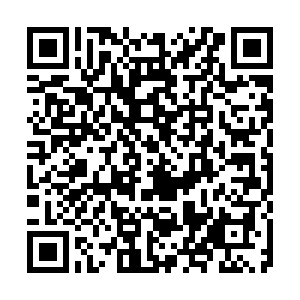 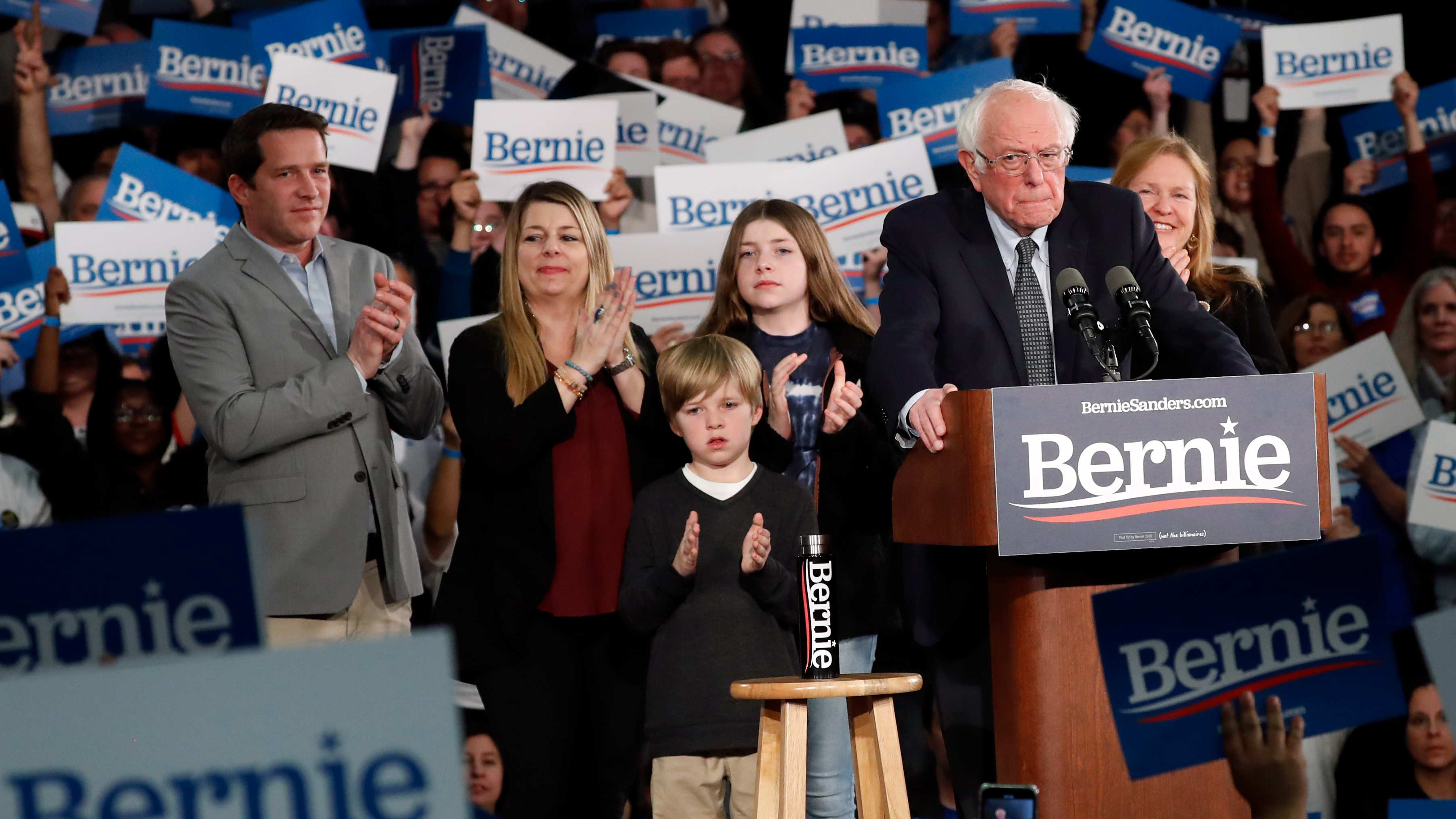 Iowa's vote kick-starting the 2020 U.S. presidential contest degenerated into a fiasco, with Bernie Sanders eager to claim a slim lead in the Democratic caucuses despite the lack of official results.

Iowa is a closely-watched test in the months-long process to determine who will face President Donald Trump in November, but chaos ensued Monday night as Democratic Party officials reportedly told campaigns not to expect an outcome before sometime Tuesday.

In a statement read on U.S. networks, Mandy McClure, communications director at the Iowa Democratic Party, said further checks were ordered after "inconsistencies" were found in the reporting of three sets of results.

"This is simply a reporting issue," she said, denying there was "a hack or an intrusion."

"We believe that the campaigns deserve full explanations and relevant information regarding the methods of quality control you are employing, and an opportunity to respond, before any official results are released."

"The Democrat caucus is an unmitigated disaster. Nothing works, just like they ran the country," Trump wrote on Twitter.

Alluding to the fact that he won the Republican caucuses in the Midwestern farm state, Trump said, "The only person that can claim a very big victory in Iowa last night is 'Trump.'"

Despite the lack of certainty, the former consultant and Harvard graduate who became a mayor at 29, Pete Buttigieg was quick to claim victory. 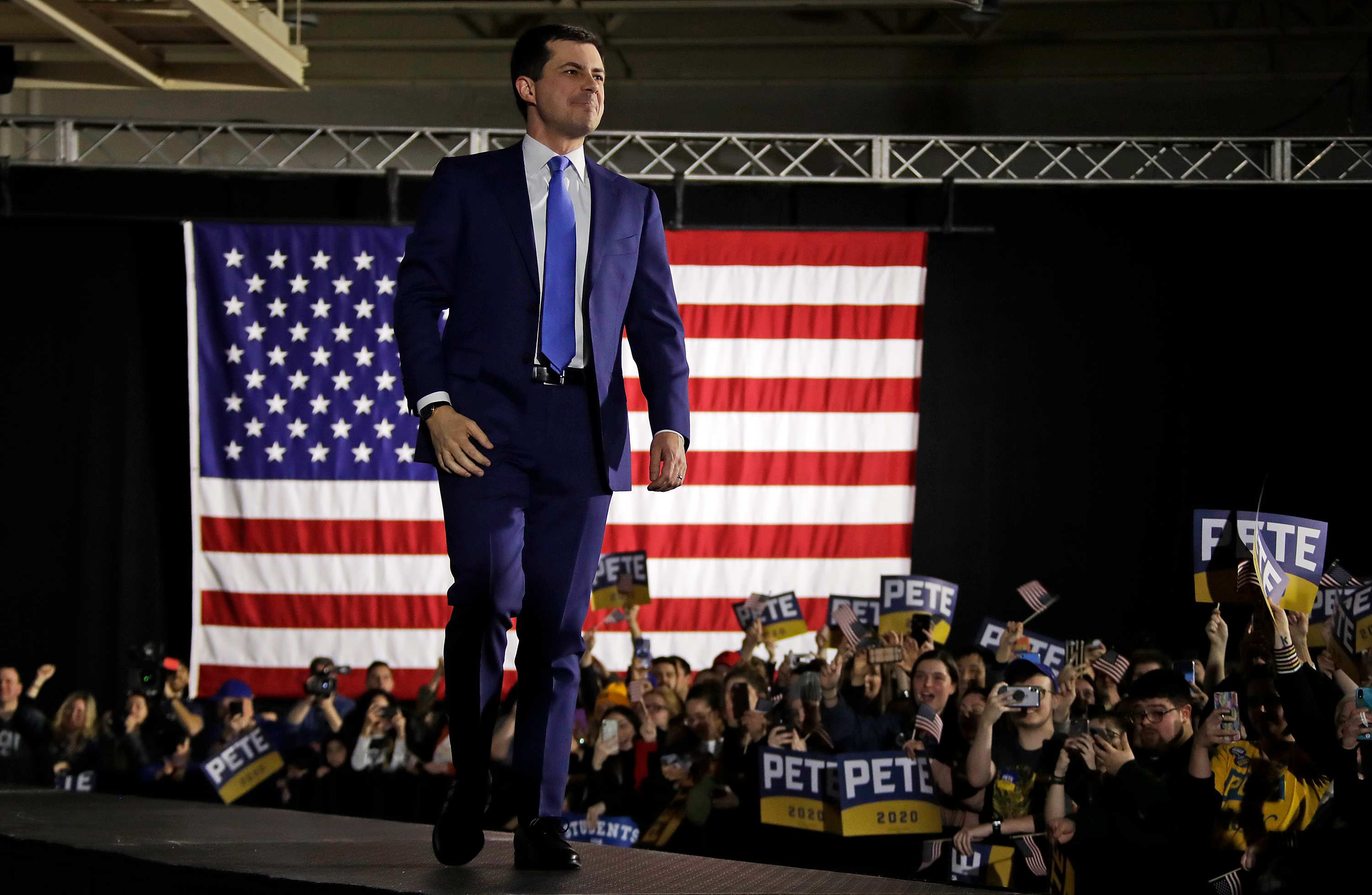 Figures released Sanders campaign, five hours after the caucuses opened across Iowa, showed Buttigieg in second spot, a strong showing for the candidate who was a national unknown just one year ago.

"Iowa you have shocked the nation," the 38-year-old gay military reservist told cheering supporters in what sounded very much like a victory speech. "Because tonight, an improbable hope became an undeniable reality."

Sanders, running as a democratic socialist, also took to the microphones to proclaim he had "a good feeling we're going to be doing very, very well here in Iowa."

"Tonight in this enormously consequential 2020 election, the first state in the country has voted, and today marks the beginning of the end for Donald Trump," said the 78-year-old.

A Bernie supporter from Des Moines, 35-year-old Lauren Campbell, expressed nervousness at the results' delay. "As a Bernie supporter in 2016, it's very easy for me to not trust the system right now."

But Sanders later took the bold step of releasing internal, unpublished results from nearly 40 percent of precincts, showing him with 28.62 percent of the state delegate equivalent, the all-important figure used to determine who wins the Iowa caucuses.

Biden, the national frontrunner, was in fourth spot, at 15.08 percent, a disappointing showing for the candidate who has consistently claimed he is the person best positioned to take on and defeat Trump.

Senator Elizabeth Warren's campaign pushed back at Sanders' move, with her chief strategist Joe Rospars, tweeting: "Any campaign saying they won or putting out incomplete numbers is contributing to the chaos and misinformation."

But as the waiting dragged on, with zero results reported, other candidates also made claims to have beaten expectations.

"I'm feeling good," Biden said before Sanders released the internals. "So it's on to New Hampshire, Nevada, South Carolina, well beyond. We're in this for the long haul."

New Hampshire votes second, on February 11, and tradition dictates that the top performers in Iowa board jets and race to The Granite State to capitalize on the momentum.

With the results in limbo, Senator Amy Klobuchar, from the neighboring Midwestern state of Minnesota, insisted "we are punching above our weight." 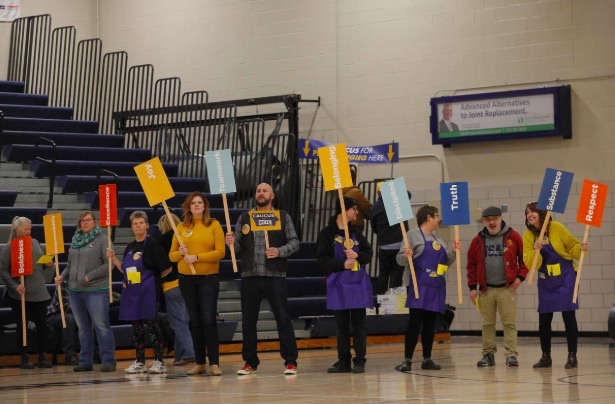 Unlike secret ballot voting, Iowa caucus-goers publicly declare their choice by standing together with other supporters of a candidate. Candidates who reach 15 percent support earn delegates for the nomination race while supporters of candidates who fall short can shift to others.

It appeared the delays may have been exacerbated by new rules that the Democratic Party instituted after the 2016 election that now require caucuses to report three sets of numerical data throughout the process, rather than one set previously.

Held across nearly 1,700 sites, the Iowa vote offers a critical early look at the viability of the 11 Democrats still in the race, even though just 41 delegates are up for grabs, a fraction of the 1,991 needed to secure the nomination in July.

The U.S. Democratic presidential nominating race got off to a chaotic start in Iowa on Monday, as the results of the state's caucuses were delayed for hours while party officials double-checked "inconsistencies" in the initial count.

Voters poured into more than 1,600 schools, community centers and other public locations for the caucuses in Iowa, the first state to choose a November election challenger to Republican U.S. President Donald Trump.

But the Iowa state party delayed the results as it performed "quality checks" after finding "inconsistencies" in the reporting of the data from the caucus sites, sparking frustration in Democratic campaigns and criticism from Republicans.