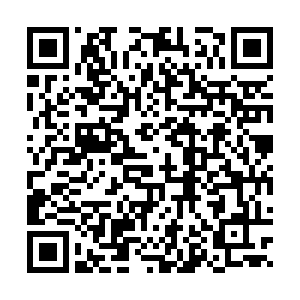 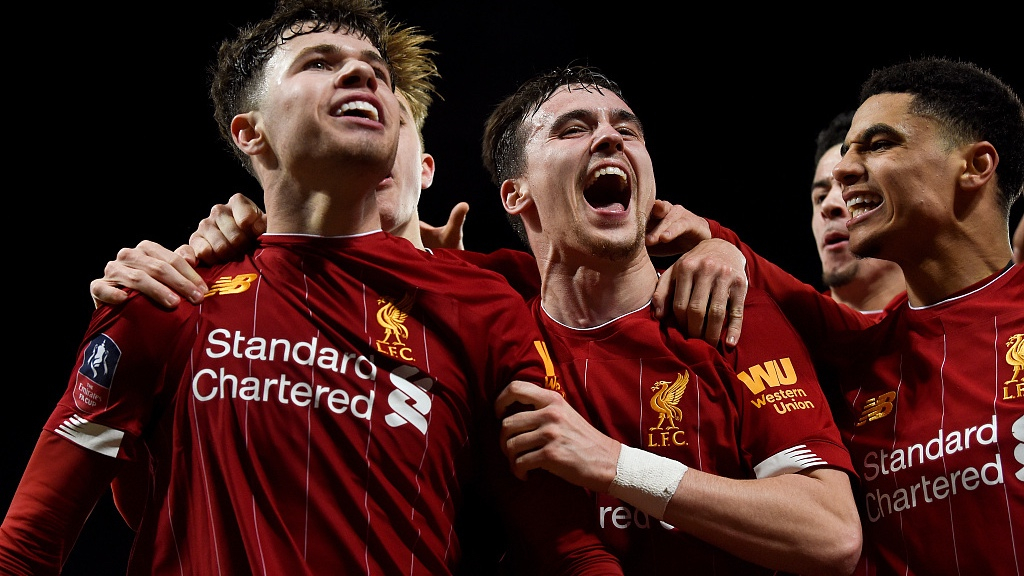 Liverpool legend Alan Hansen once famously said 'You can't win anything with kids' in 1995. He may have to eat his words once again.

Liverpool's youngest ever team defied the odds to progress into the FA Cup fifth round after a stunning 1-0 win over third-tier Shrewsbury on Tuesday. Coach Jurgen Klopp and his entire first team were all absent for the fourth round replay at Anfield as part of the club's winter break.

The Liverpool manager was criticized for disrespecting the FA Cup, but his kids proved up to the task and their mature display was rewarded when Ro-Shaun Williams headed the decisive own goal in the closing stages.

Liverpool will face Chelsea in the last 16 at Stamford Bridge on March 5 as they remain on course for a potential treble of the Premier League, Champions League and FA Cup.

Klopp had turned over the responsibility of leading Liverpool to the club's under-23 coach Neil Critchley, who also took charge when the Reds played an under-strength side for their League Cup quarter-final defeat at Aston Villa earlier this season.

On that occasion, Klopp had a better excuse for his absence as Liverpool were in Qatar on course to win the Club World Cup.

This time, it was purely his decision to ignore the FA Cup, but resting Mohamed Salah, Virgil Van Dijk and company at least gave fans a glimpse of the next generation. 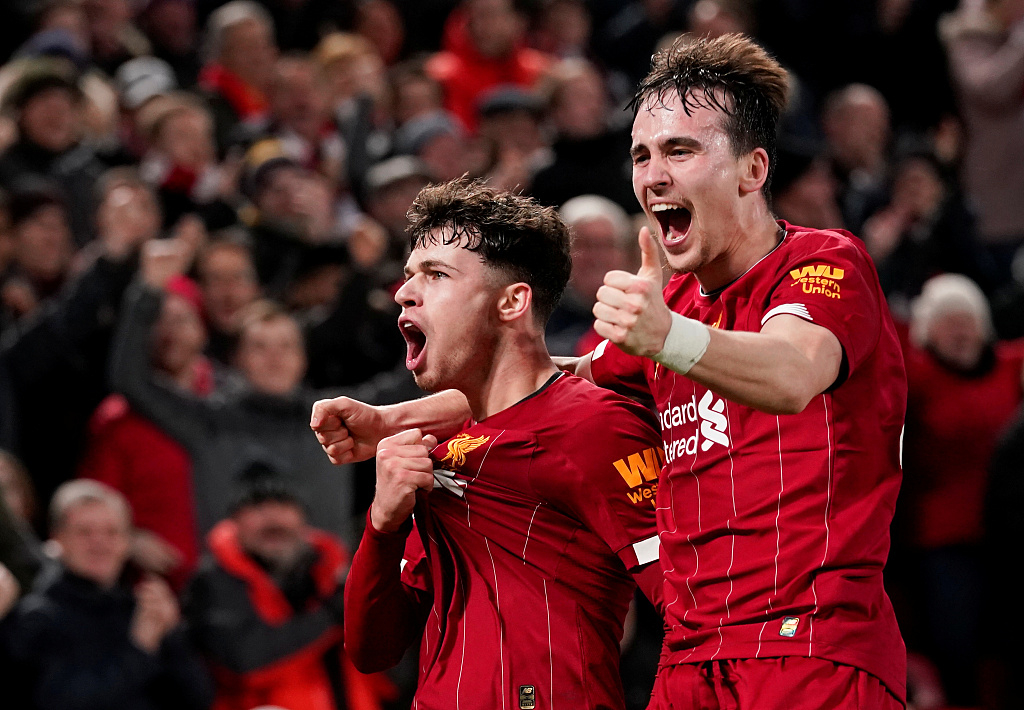 With an average age of 19 years and 102 days, it was Liverpool's youngest ever starting line-up in all competitions.

There were seven teenagers, including 16-year-old Harvey Elliott, while Pedro Chirivella was the oldest player in the team at 22.

Wayne Rooney booked an emotional clash with his former club Manchester United as second tier Derby cruised to a 4-2 win over Northampton at Pride Park.

Rooney scored Derby's fourth goal from the penalty spot to wrap up an emphatic victory that brought the prize of a reunion with 12-time FA Cup winners United.

The former England star, who recently joined Derby after a spell with DC United, spent 13 years with the Old Trafford club and won a host of major trophies before returning to Everton in 2017. 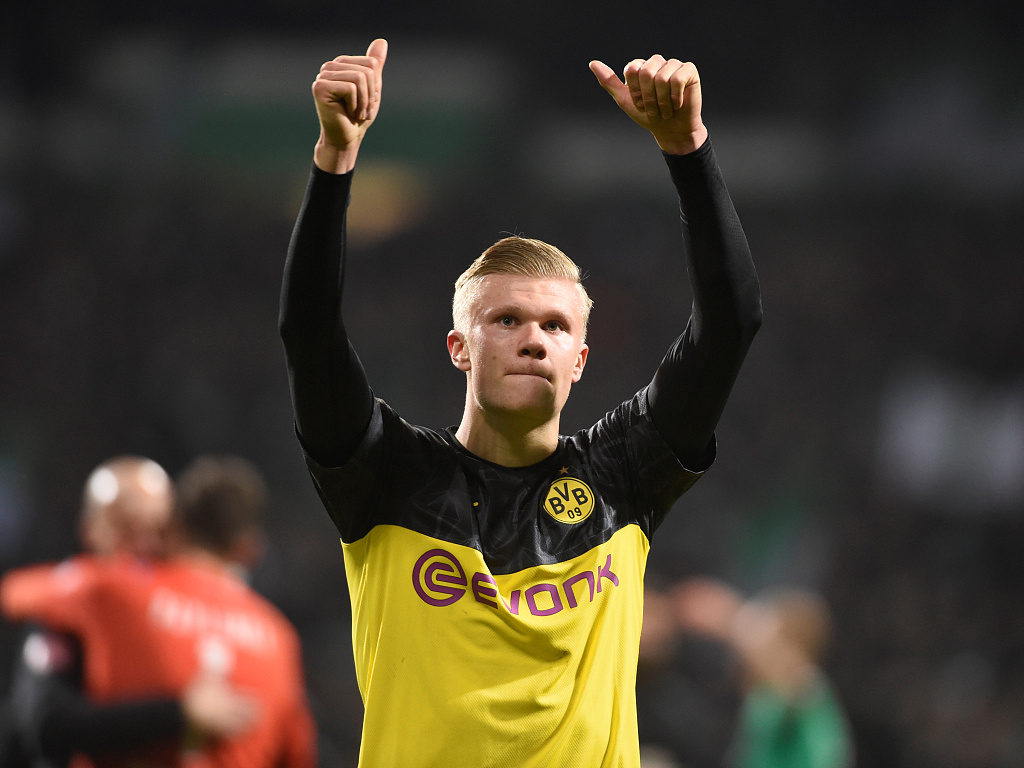 In Germany, Bundesliga strugglers Werder Bremen stunned Borussia Dortmund 3-2 in the German Cup to advance to the competition's quarter-finals.

The in-form striker Erling Haaland entered in the second half with Dortmund trailing 2-0 and needed just over 20 minutes to get his name on the scoresheet. The goal marked a new landmark as the Norwegian teenager became the first player ever to score eight goals in his first four appearances for a Bundesliga club.

Elsewhere, Eintracht Frankfurt also advanced after Filip Kostic scored twice to help them beat last year’s finalists RB Leipzig 3-1 and earn their spot in the competition’s quarter-finals. Holders Bayern Munich take on Hoffenheim for a spot in the next round on Wednesday.

In France, Mauro Icardi rediscovered his scoring touch to help Paris St Germain beat Nantes 2-1 away as the French champions continued their march towards the Ligue 1 title.

Icardi, who had not scored in his last six competitive games, found the back of the net just before the half hour and Thilo Kehrer added another after the break before Moses Simon reduced the arrears for Nantes in the 68th.

PSG moved to 58 points from 23 games and lead second-placed Olympique de Marseille, who play at St Etienne on Wednesday, by 15 points. Nantes slipped down to 10th on 32 points.

Monaco won their first Ligue 1 game of the year by beating visiting Angers 1-0 courtesy of a first-half Stevan Jovetic goal, that moved them up to ninth on 32 points. 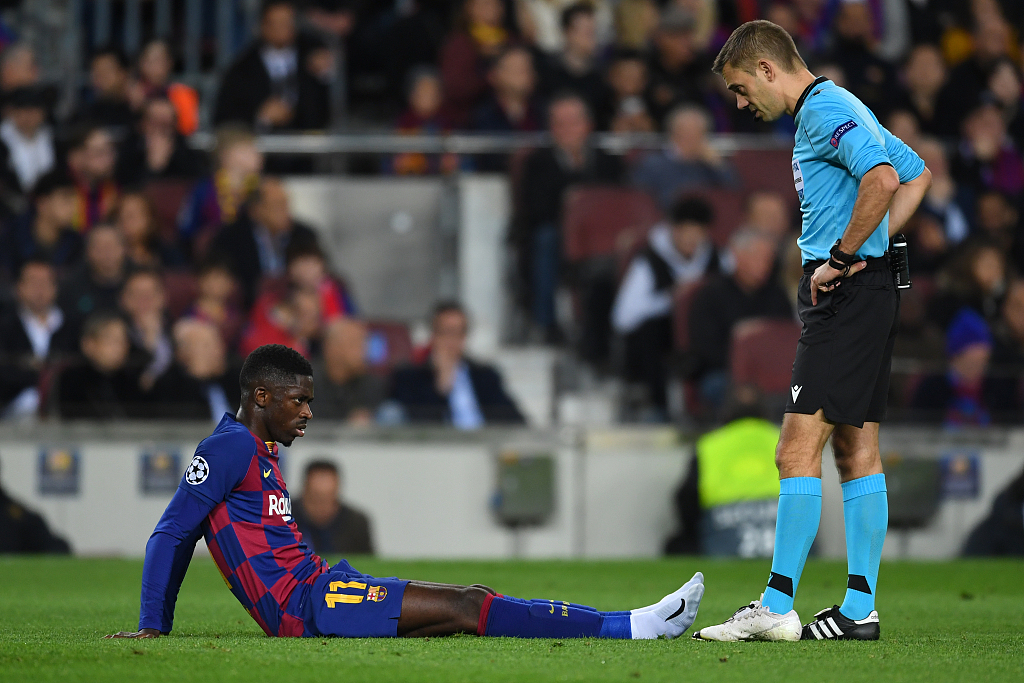 Meanwhile, Barcelona have been dealt another injury blow after Ousmane Dembele was ruled out for the remainder of the season.

The 22-year-old has struggled with hamstring problems. He had only just returned to training from an injury to the right thigh he suffered in November before suffering a fresh problem in training on Monday.

Dembele joined Barcelona from Borussia Dortmund in August 2017 in a deal worth up to 147 million euros (162.2 million U.S. dollars). He has played 21 times for France and was part of the squad that won the World Cup in 2018.

That year he was also slammed for his lifestyle by France coach Didier Deschamps.

"It's up to him to be aware of all the demands of top-level football," Deschamps said. "I don't think he's fully aware of them."

The latest injury is similar to one Dembele suffered in 2017, in his first league start for Barcelona. Then he was out for five months with a ruptured tendon in his left thigh.