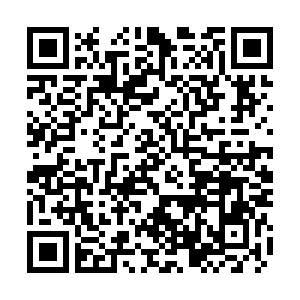 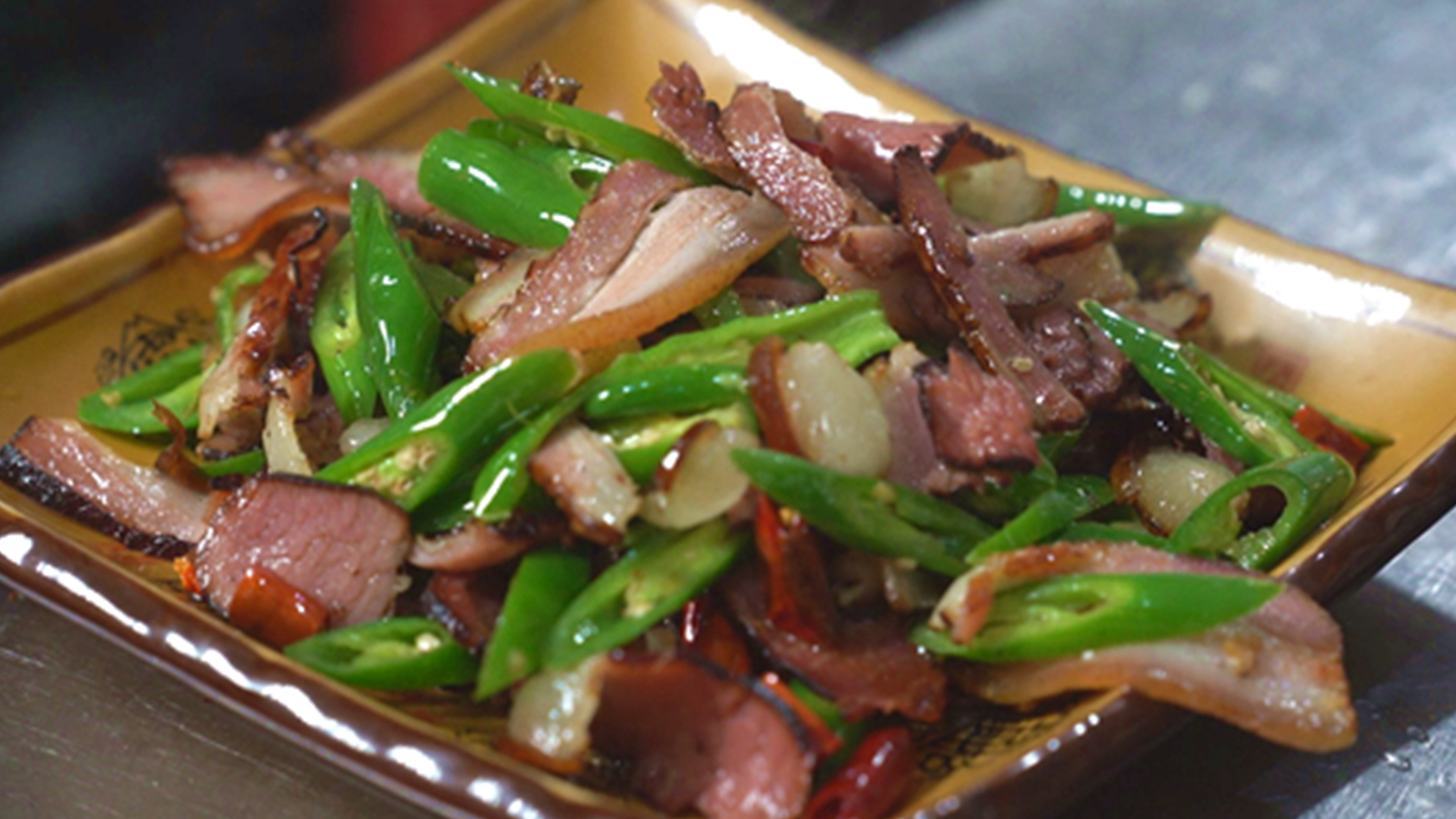 If you're in southwest China and come across (you most likely will) meat hung dry like one's laundry at streetside restaurants and villagers' homes, say hello to "old bacon" – the literal translation from the Chinese term of the meat.

This cured, smoked, and preserved meat is a time-honored favorite in this part of China, and a must-have item for households during meals, especially during the Chinese New Year.

"The rest of the dishes are secondary, this is the real deal," said local villagers.

But having the dish used to be a rarity.

"When I have old bacon, I recall my parents' hardship and suffering in the old days, which I now compare with our improved lives today," said Zhou Zongpeng, a young homestay operator in Qingcheng Mountain.

"It reminds me that the happiness we have today didn't come easily," he told CGTN.

He explained that it's also because his family wasn't especially rich back then and couldn't simply buy pork. Hence, by curing and smoking it, they could preserve it for a year. 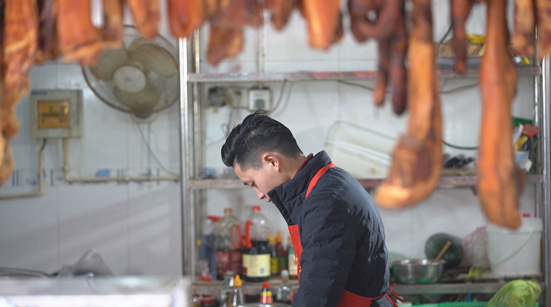 Qingcheng Mountain is said to be one the most authentic place for old bacon.

Locals tell me pigs on the mountain are fed grain and spring water. They are left to wander in the wild for at least a year before being slaughtered.

Of course, many go about making it in different ways, in terms of time spent in every step and little tweaks in methods.

Yang Qiyong, already a great grandfather at the age of 76, takes pride in the tradition of making old bacon.

"We would raise pigs by ourselves. And every year, we would slaughter the pigs, then smear salt, a blend of thirteen spices, which include chicken essence, star anise and Sichuanese pepper on the meat," Yang said.

He pointed that even applying salt takes experience. The right amount, according to him, is four to five grams of salt for every kilogram of meat.

"The meat is left to marinate for 24 hours. We then smoke it with dry firewood taken from the mountain. What's important is to ensure the meat is hung where it can catch the smoke." 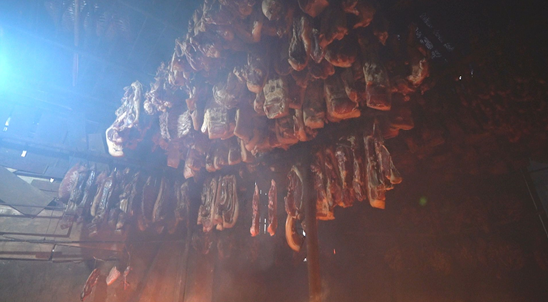 Cured pork meat cuts have to be smoked for a while before letting them hung dry. /CGTN Photo

Cured pork meat cuts have to be smoked for a while before letting them hung dry. /CGTN Photo

It takes Yang three whole months to smoke the meat.

"To make good bacon, we have to pay the price of persistence. I watch the fire everyday during the day, to make sure it isn't too big. Because dry firewood has no bad smell, smoked bacon is very authentic and delicious. We have been eating this kind of bacon for generations."

Yang said you know you've hit home when the meat turns transparently golden in its skin and bronzey red in its lean part.

The bacon is then hung outdoors for an additional three days or more, Yang added, after which you can cook it any way you want. "The old bacon can last for up to a year or two."