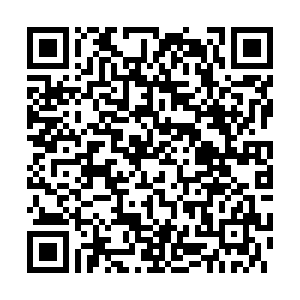 The Burj Khalifa skyscraper in Dubai lights up to show support for Wuhan on Sunday, February 2, 2020. /CCTV Photo

The Burj Khalifa skyscraper in Dubai lights up to show support for Wuhan on Sunday, February 2, 2020. /CCTV Photo

As China works against the clock to fight the novel coronavirus and many other countries join the fight, the United States has responded with a decision to almost shut down its borders to Chinese arrivals, as well as advise against all travel to China. The measure, which is widely considered an overreaction and has drawn criticism even from U.S. media and experts, may hinder global cooperation to stop the spread of the disease.

The World Health Organization (WHO) has recently declared the outbreak of the new coronavirus as a public health emergency of international concern. It said the aim of the decision was to "make it easier to access and mobilize further funds for resource-poor countries and promote the need for further global cooperation," instead of casting a vote of no-confidence in China.

WHO Director-General Tedros Adhanom Ghebreyesus noted that, "In many ways, China is setting a new standard for outbreak response." Among the seven recommendations he made in light of the emergency, the first was that "there is no reason for measures that unnecessarily interfere with international travel and trade," and that the "WHO doesn't recommend limiting trade and movement." On Monday, he reaffirmed his stance, stressing "such restrictions can have the effect of increasing fear and stigma with little public health benefit."

An article carried by the Washington Post pointed out that fighting coronavirus with travel bans is in violation of the International Health Regulations. The Chicago Tribune also published an article saying that "outbreaks are not an excuse to normalize xenophobia. Crisis should not erase our humanity."

It goes against the original intention of the WHO's designation to mobilize resources to contain the spread of the virus and may cause great losses to global growth, as pointed out by some experts quoted by BuzzFeed and the Los Angeles Times.

What's worth mentioning is that China is not alone in this fight against the new coronavirus. International organizations, such as the United Nations, the World Bank and the International Monetary Fund, have recognized China's efforts. Countries, including South Korea, Japan, Iran, Russia, the UK and France, have provided support such as medical supplies.

Kenya and Canada have dismissed excessive measures in response to the outbreak. All these actions, in line with the WHO recommendations, will help facilitate international cooperation in containing the virus and thus beat the epidemic at an early stage.

As Michael Schumann, president of Germany's Federal Association for Economic Development and Foreign Trade, has stated: "Panic is not justified by anything…but if we fail to maintain our humanity in the face of such a challenge, we will lose much more than just fighting a new disease."

In this era of globalization, where human beings share a community of common destiny, we help ourselves by helping others.