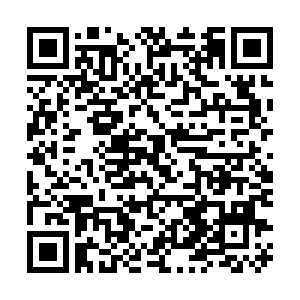 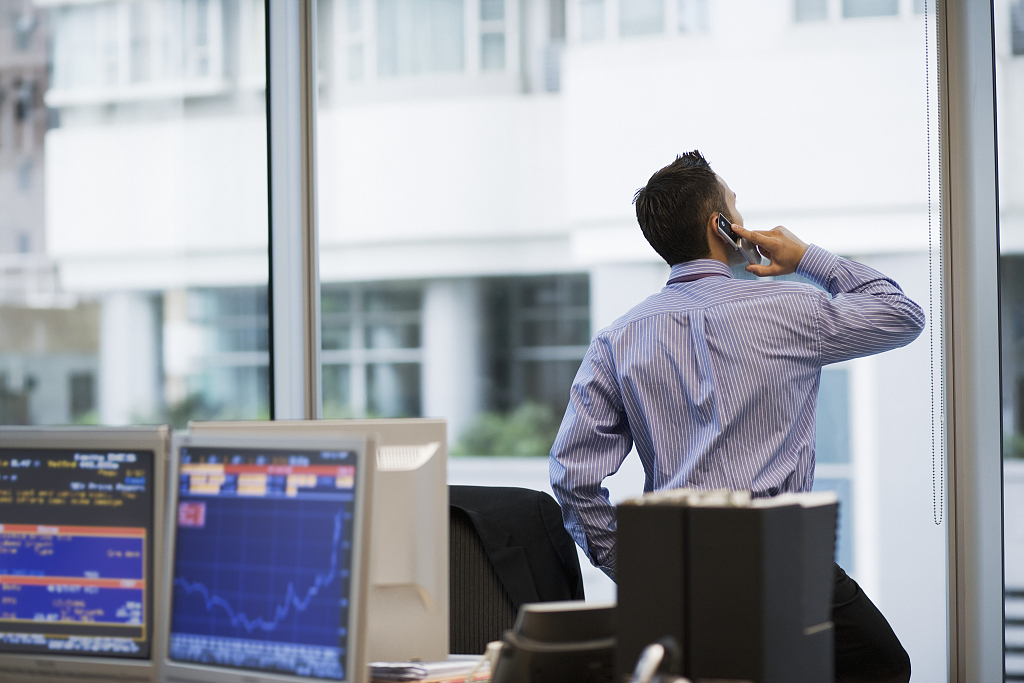 Editor's Note: Jimmy Zhu is a chief strategist at Singapore-based Fullerton Research. The article reflects the author's opinions, and not necessarily the views of CGTN.

The Shanghai Composite Index slid by 7.72 percent on Monday, the first trading day after the lunar New Year holiday, and the Chinese yuan dropped by more than 1 percent versus the U.S. dollar. Many uncertainties on the coronavirus weigh on investors' decisions, as the market hasn't experienced this kind of event for 17 years. However, there are also signs that the sell-off may be a bit overdone.

On Tuesday, the index closed up 1.3 percent, while the blue-chip CSI300 rebounded by 2.6 percent.

When SARS broke out in March 2003, the Shanghai stocks dropped by as much as 10 percent in the second quarter. The most-hit city and province were Beijing and Guangdong. Their combined GDP accounted for around 15 percent of China's total GDP at that time. Right now, more than 60 percent of the diagnosed coronavirus cases are in Hubei, whose GDP accounts for around 4.5 percent. But the virus is more widespread than that of SARS, largely affecting business and consumption activities as many shops and businesses are forced to shut down.

Unfortunately, there is no reliable indicator to predict the coronavirus' impact on the global economy, largely because no one knows how long the outbreak is going to last. Both the official and Caixin's Purchasing Managers' Index (PMI) figures for January didn't really factor in the effect of the outbreak, most likely due to the surveys being done before the New Year holiday when the outbreak had just started.

New China's economic data for January will start to be released from February 7 onwards, including trade, inflation and bank lending figures. However, none of the data will be able to reflect the outbreak's impact on the economy, as most of the growth activities occurred during the first 20-25 days of last month. Thus, the earliest economic data to gauge the initial-stage impact on the economy will be the official manufacturing PMI for February, which will be released on February 29. Before that, the price moves in the capital market will be driven by investor sentiment more than fundamentals.

During the SARS outbreak, China's GDP growth year on year dropped by 2 percentage points in the second quarter of 2003 to 9.1 percent. After 17 years, the Chinese economic structure and its role in the global economy have substantially changed, so it's quite misleading to compare the current scenario to what it was 17 years ago.

The coronavirus outbreak happened right before the Chinese New Year holiday, and SARS occurred in March, after the holiday. Thus, it would be much more challenging to contain the novel virus' spread due to higher traffic volumes, which unavoidably increase the chance of human-to-human infection. The month of February will be crucial because containing the virus may decide whether its impact on the economy would be short-term or more prolonged. The good news is that the authorities have initiated much tighter traveling restrictions than those of SARS in 2003.

The service sector's contribution to China's GDP has increased to 54 percent from 40 percent in 2003. Many analysts expect a more service-oriented economy will be more vulnerable in the virus outbreak period, as traveling restrictions and shop closures will significantly lower the consumption levels. Many seasonal products are not likely to be purchased again after the virus is gone.

However, shopping online has become an increasing trend among Chinese consumers in recent years. Online shopping allows people to purchase goods and services without stepping out of the house, and such activities didn't exist in 2003. Some people are also choosing to order food online instead of dining out at restaurants.

China's debt level is currently much higher than that during the SARS period, so it's crucial for the authorities to monitor the coronavirus' impact on the real economy. Any rising defaults due to the outbreak would increase the financial risk, given uncertainties in the upcoming economic outlook.

Earlier this week, the central bank injected 1.2 trillion yuan liquidity into the money market and lowered the reverse-repo rate. China's 10-year bond yield dropped by over 15 basis points on Monday, suggesting that traders are anticipating more monetary measures to arrive.

The loan prime rate (LPR), which is the most preferential lending rate offered by a commercial bank to its prime clients, is expected to be cut this month. The LPR has been considered as the new benchmark interest rate since late 2019. In the meantime, more liquidity measures including cutting required reserve ratio (RRR) on a broad base is highly anticipated to support the private sector in coming months. Reducing this rate means the banks can be allowed to hold less minimum capital, so they are able to offer more loans to the private sector.

Business operations in the private sector would be pretty challenging in the coming months; we expect policymakers to adopt both broad-based and targeted measures to lower the borrowing cost and widen the funding channels for this group of companies.