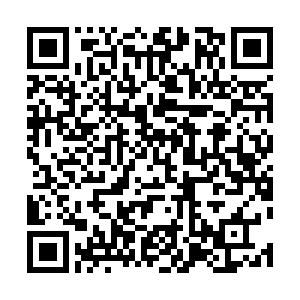 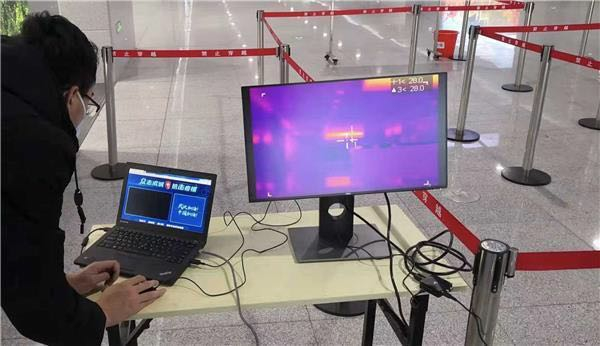 Every second, 15 passengers suspected of fever can be detected even when they are more than 3 meters away, with the entire process carried out by a single staff member.

Artificial intelligence (AI) fever screening systems have been deployed in some busy pedestrian areas in Beijing to provide non-contact and efficient temperature inspection for the novel coronavirus control during the upcoming post-holiday travel peak.

The novel coronavirus epidemic prevention and control is in a critical period as passenger flows are expected to peak during the post-holiday travel rush.

Beijing's subway system, for instance, launched temperature detection measures in all of the city's subway stations last Friday. Passengers will be tested by thermal imagers and hand-held thermometers. Those with abnormal body temperatures will be sent to the hospital.

However, traditional forehead thermometers are not efficient enough and may cause crowd congestion in busy pedestrian areas, increasing the risk of cross-infection due to close contact.

It is also difficult for staff members to quickly identify the high-temperature area of an infrared image with the naked eye and locate the target. 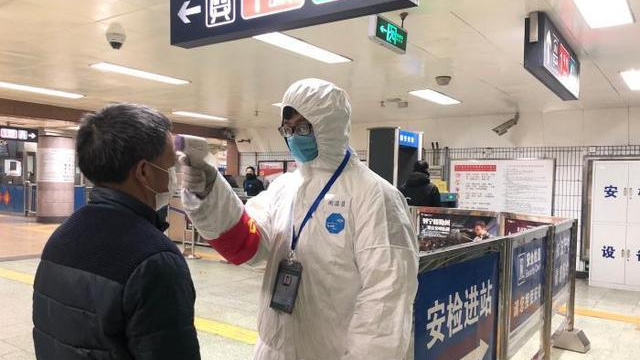 A passenger is tested by a handheld thermometer in Beijing's subway station. /Photo from Beijing MTR

A passenger is tested by a handheld thermometer in Beijing's subway station. /Photo from Beijing MTR

AI company Megvii, developer of the system, said its engineers optimized the system for masks and hats with a margin of error within 0.3 degrees Celsius.

Once a passenger is suspected of having a fever, the system will automatically alert staff members. Person re-identification (ReID), a technology to identify and track a person of interest from group images, enables staff members to quickly locate the passenger for further tests.

Megvii researchers said the system can send fever alerts for up to 15 people per second and one system can cover 16 lanes, basically covering one subway entrance. Meanwhile, only one staff member is needed to work onsite, reducing the risk of infection among frontline staff. 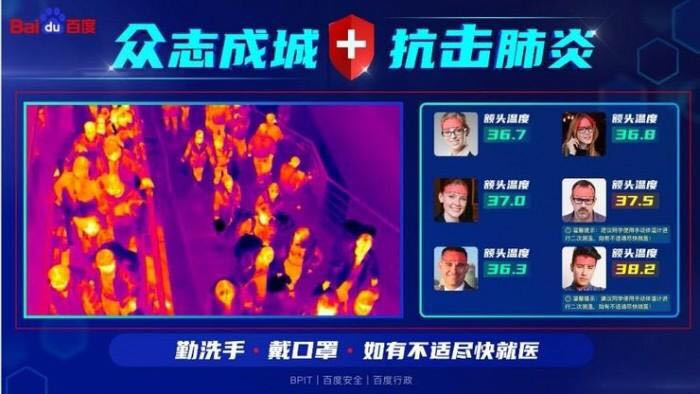 Qinghe station is one of the departure stations of the Beijing-Zhangjiakou high-speed rail route and one of the largest stations on the line. It is also an interchange station for Beijing's subway line 13.

Baidu said the demand for temperature screening systems for densely populated areas is expanding in many Chinese cities. The company will provide free support for government agencies at all levels and local communities.