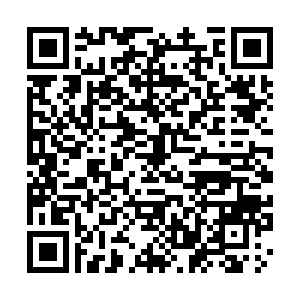 An official with China's State Council Taiwan Affairs Office said Thursday that any attempt to use the novel coronavirus to plot "Taiwan independence" is doomed to fail.

While Chinese people are united to fight against the epidemic, Taiwan's ruling Democratic Progressive Party (DPP) and "Taiwan independence" separatist forces are stirring up the issue of Taiwan joining the World Health Organization (WHO) and trying to use the coronavirus to broaden its "international space," the official said in a statement.

"Taiwan is part of China and has no right to join the WHO. The one-China principle is a universally recognized international norm that should not be challenged or trampled upon, and any issue concerning Taiwan's participation in the activities of international organizations must be resolved under the principle," said the official.

Taiwan participated in the the World Health Assembly (WHA) from 2009 to 2016 as an observer under the name of "Chinese Taipei." This special arrangement was made through cross-Strait consultations based on mutual adherence to the 1992 Consensus that embodies the one-China principle.

The DPP administration, since it came into office in May 2016, has been stubbornly adhering to the separatist position of "Taiwan independence" and refused to acknowledge the 1992 Consensus, said the official, adding that such moves led to the absence of Taiwan from the WHA.

However, the Chinese mainland still cares about the health and well-being of Taiwan compatriots, said the official. The Chinese mainland helps Taiwan obtain information on public health events, ensures that information channels are unblocked, and makes proper arrangements for Taiwan's participation in global health affairs in accordance with the one-China principle. There are no obstacles to technical cooperation between China's Taiwan region and the WHO.

A total of 11 Taiwan experts attended technical conferences of the WHO in 2019 and Taiwan owns the account to enter in the WHO event information website and obtain information, said the official, adding that epidemic prevention experts from Taiwan were also arranged to visit Wuhan in January.

Efforts to prevent and control the epidemic are related to the common life and welfare of compatriots on both sides of the Taiwan Strait, said the official.

"We will continue to make arrangements for Taiwan to obtain relevant information on epidemic prevention and control as part of China, but we will never allow any act to seek 'Taiwan independence,'" the official stressed.