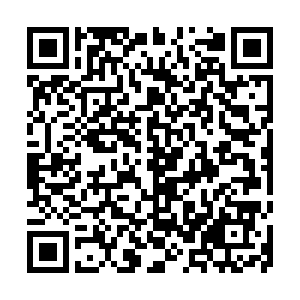 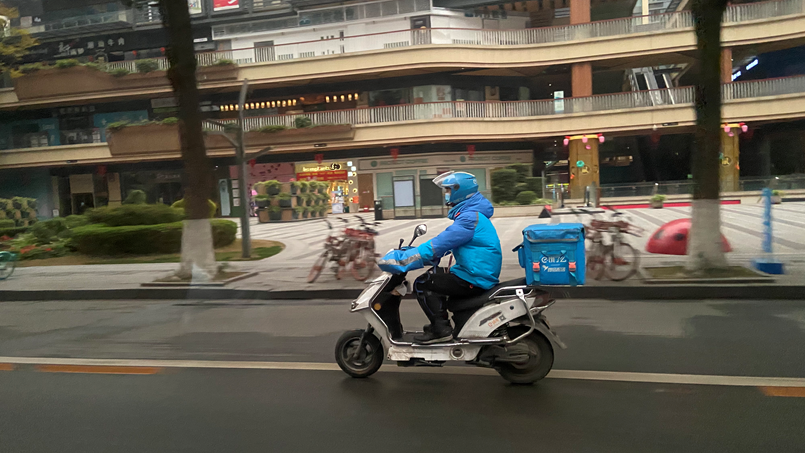 The 25-year-old has worked non-stop for several months, even during this special period of time when most people across the country are working from home or in quarantine, as the government doubles its efforts to combat the coronavirus epidemic. 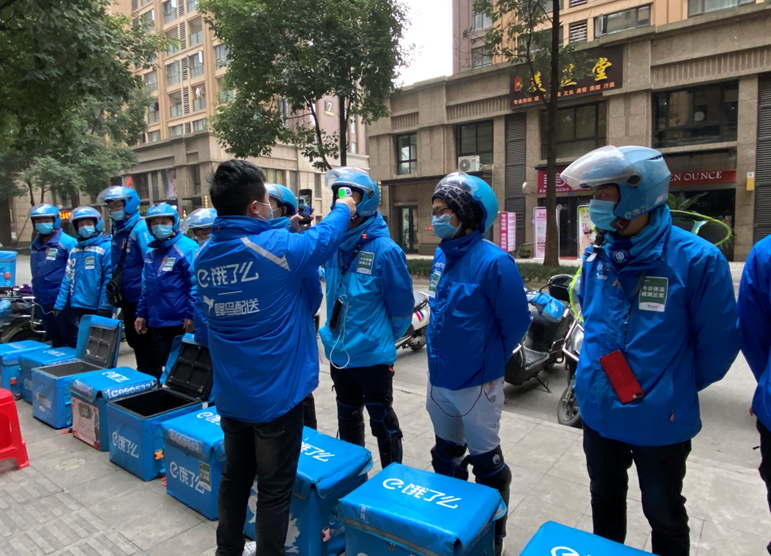 Deliverymen in Chengdu have their temperature checked before hitting the road. /CGTN Photo

Deliverymen in Chengdu have their temperature checked before hitting the road. /CGTN Photo

What's different for Wu and his fellow delivery staff is that this time, they have to take a series of precautions before hitting the road.

Wearing a mask is a must. Each rider is provided with at least two every day. Equally important, they need to carefully disinfect their delivery boxes. Also, their company has to check their temperature three times a day.

"The company has also bought a new type of insurance for them," Zhou Bo, manager of the delivery station, told CGTN.

Wu said he is somewhat concerned about the virus, but he believes these preventive measures can properly ensure the safety of both the delivery staff and the customers. 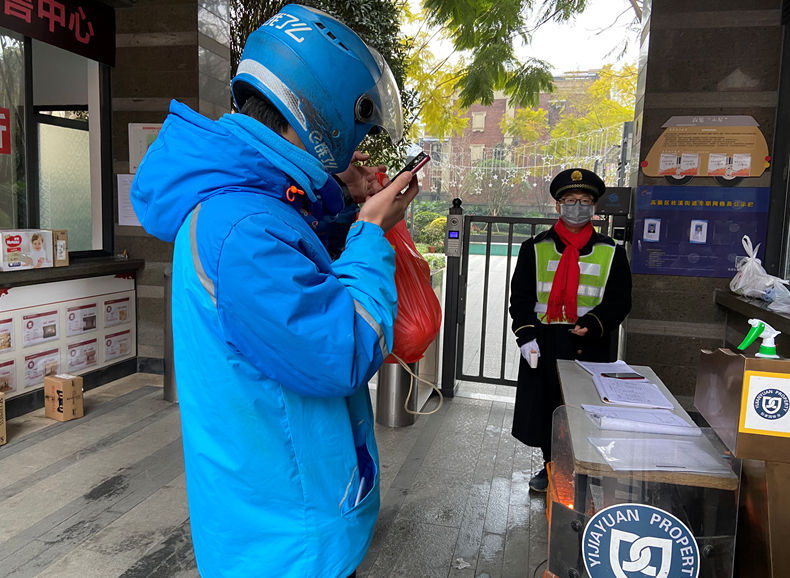 Wu Yongkang leaves an order at the entrance of his customer's residential community to avoid direct contact. /CGTN Photo

Wu Yongkang leaves an order at the entrance of his customer's residential community to avoid direct contact. /CGTN Photo

"Unlike before, we now put the deliveries at the gate of the residential communities where the customers live to avoid direct contact," he added.

Because of the epidemic, Wu and his colleagues have seen a clear drop in orders over the last few days.

"Before Spring Festival (which fell on January 25 this year), I got 40-50 orders each day. But now I'm delivering about 20. It's a big drop," said Wu. He explained that one reason for this is that many people working in the city are stuck in hometown due to strict travel control. Meanwhile, many service providers are suspending business.

From Zhou's observation, customers' consumption habits have also changed due to the epidemic. 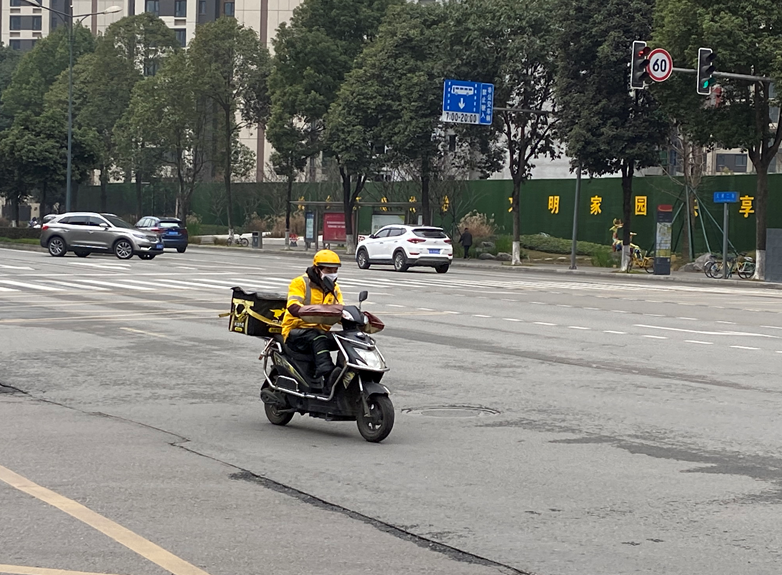 Today, food delivery and express delivery have grown into one of the most dynamic service industries in China. During the tough times, they remain one of the few sectors still in normal operation. Zhou says his income has shrunk, but he feels happy that he's able to provide support and convenience to residents.

"With our service, our customers can travel less and this helps them reduce the risk of getting infected. Though we are also at risk by moving around, we are a relatively small group," Zhou said.

Zhou said he would keep providing quality service to the local residents, and he also hopes the epidemic will be over soon, so people from all walks of life can get back to normal and healthy lives.